To temper your cynicism, if only just a little: last week, amid the presidential election’s literal upset, Kamala Harris shines forth.

Harris knows firsts well. In 2010, she was elected Attorney General of California, simultaneously becoming the first woman, first Indian-American, and first Black lawyer to hold that position. The state elected her again in 2014, with over 57% of their votes. In her tenure, Harris refused to defend California’s ban on same-sex marriage, and served as an advocate for reform on immigration and criminal justice protocols. President Obama respected her charisma and talent so much that he considered nominating her for a federal position several times. When Eric Holder stepped down as US Attorney General in 2014, her name was floated as a replacement, as it was for the nation’s highest court when Antonin Scalia died earlier this year. In any case, Harris still made it to Washington—she’ll own some firsts again, becoming the first Indian-American and Black politician to represent the country’s most populous state in the Senate after sweeping up 62.6% of the vote last Tuesday.

And no wonder Obama considered nominating her; so many news outlets have already drawn comparisons between Harris and our—sadly :(— outgoing president. Harris, like Obama, was catapulted to national fame by a splendorous address to the Democratic National Convention. She, too, had an international upbringing that took her all the way to Montréal! for high school. Her success as a biracial, HBCU-educated, liberal politicker represents some hope that America has come closer to equality, despite overbearing evidence to the contrary.

It’s so, so easy to despair right now, and yet some hope rests in the newly quadrupled number of women-of-color in the Senate, of whom Harris is probably the biggest star. Therein lies some redemption, some indication that America hasn’t totally forgotten its more positive ideals.

Democrats have been maligned in the political press for their lack of local grassroots organization compared to Republicans, which has left the party more bereft of future powerhouse candidates than their GOP counterparts. But there’s Harris, in all her ambition, already being floated as a 2020 presidential candidate before she’s even scaled Capitol Hill. Hillary Clinton wasn’t able to break through that oft-mentioned glass ceiling, but perhaps Harris can. She’s well on her way if she wanted to, and she’d be busting through another one while she’s at it. Besides, what a great rebuke to this opportunistic infection of a president-elect we’ve found ourselves with. And let’s not forget: whatever it is, a woman of color probably did it first. 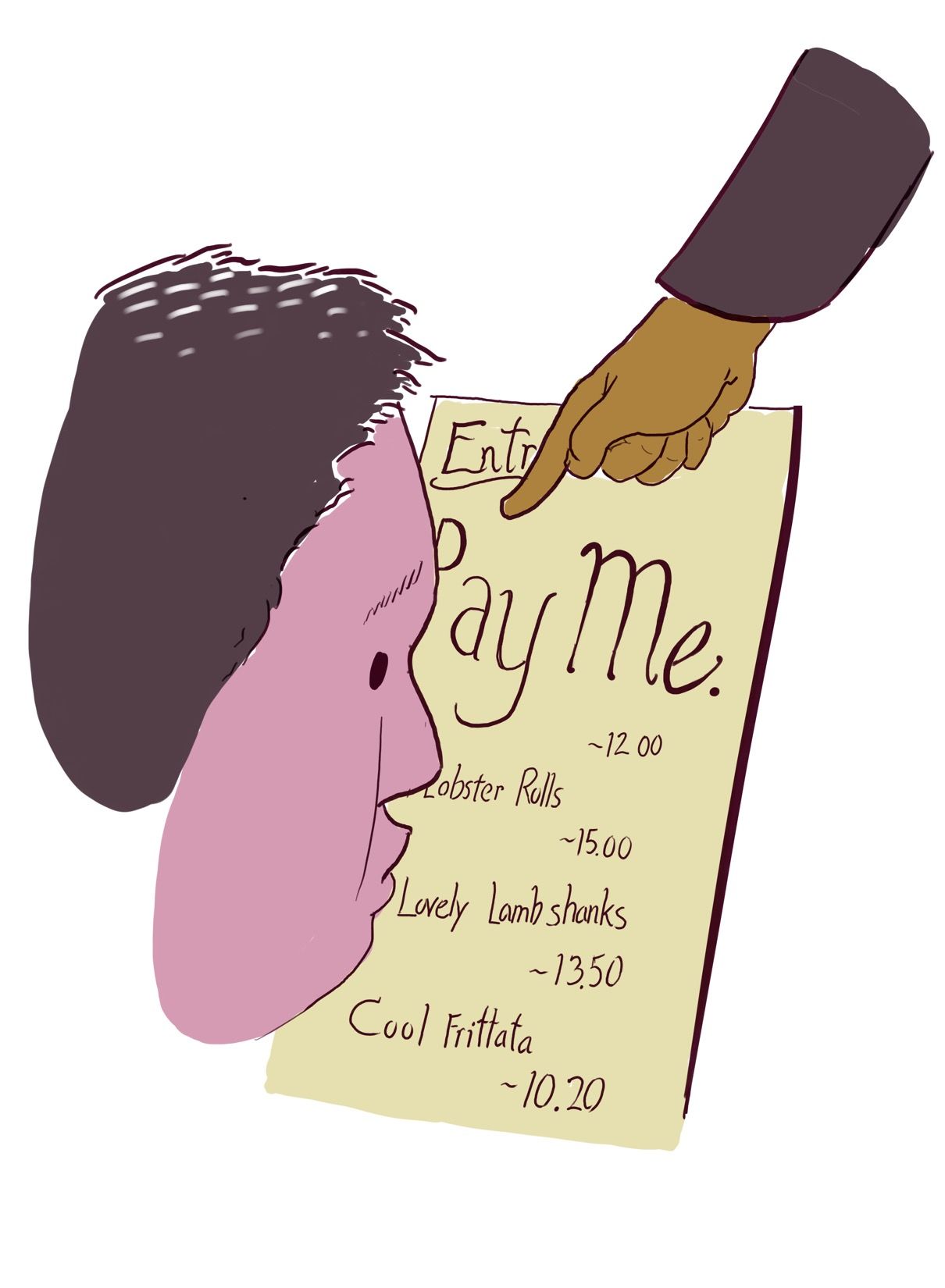 In a country that fails to provide even half a living wage to workers, the restaurant industry sets the bar even lower. The federal minimum wage in the US is $7.25 an hour. In 17 states, however, waiters, bartenders and hosts are guaranteed only $2.13 by their employers. Other states offer meager improvements on this baseline, with Rhode Island setting its minimum at $3.19. This loophole, called the “tipped minimum wage,” assumes that service employees will recoup the difference in tips. They often don’t.

While restaurants are mandated to cover the difference between tips and the federal minimum wage, the Department of Labor estimates that 84% of employers don’t comply. Black employees, who have been found to receive considerably less in tips than their white counterparts, bear the brunt of these wage shortcuts. As do women, since waitresses—who represent 71% of tipped servers—face heightened sexual harassment in their place of work and are twice as likely as the general public to use food stamps. The “tipped minimum wage,” which has been in full force since the ’60s, ensures “that women who put food on the tables in America can’t actually afford to feed themselves,” Saru Jayaraman, a labor activist and co-director of Restaurant Opportunities Centers United told Mother Jones.

Last Tuesday, two electorates voted on ballot initiatives to remove this federally sanctioned wage gap, drastically changing the quality of life for several thousand restaurant employees in the United States. Maine joined eight states that have eliminated the “tipped minimum wage.” The first East Coast state to do so, Maine promises a $12 minimum wage to all workers, including those receiving tips, by the year 2024. The city of Flagstaff, Arizona followed in its wake, approving a solid $15 minimum wage for tipped workers by 2026.

The fight doesn’t stop with Maine. One Fair Wage campaigns sponsored by the Restaurant Opportunities Centers United are ramping up in DC, Illinois, Massachusetts, Michigan, New York, and Pennsylvania. For those who are able, lend your voices, contribute your money and volunteer your time. 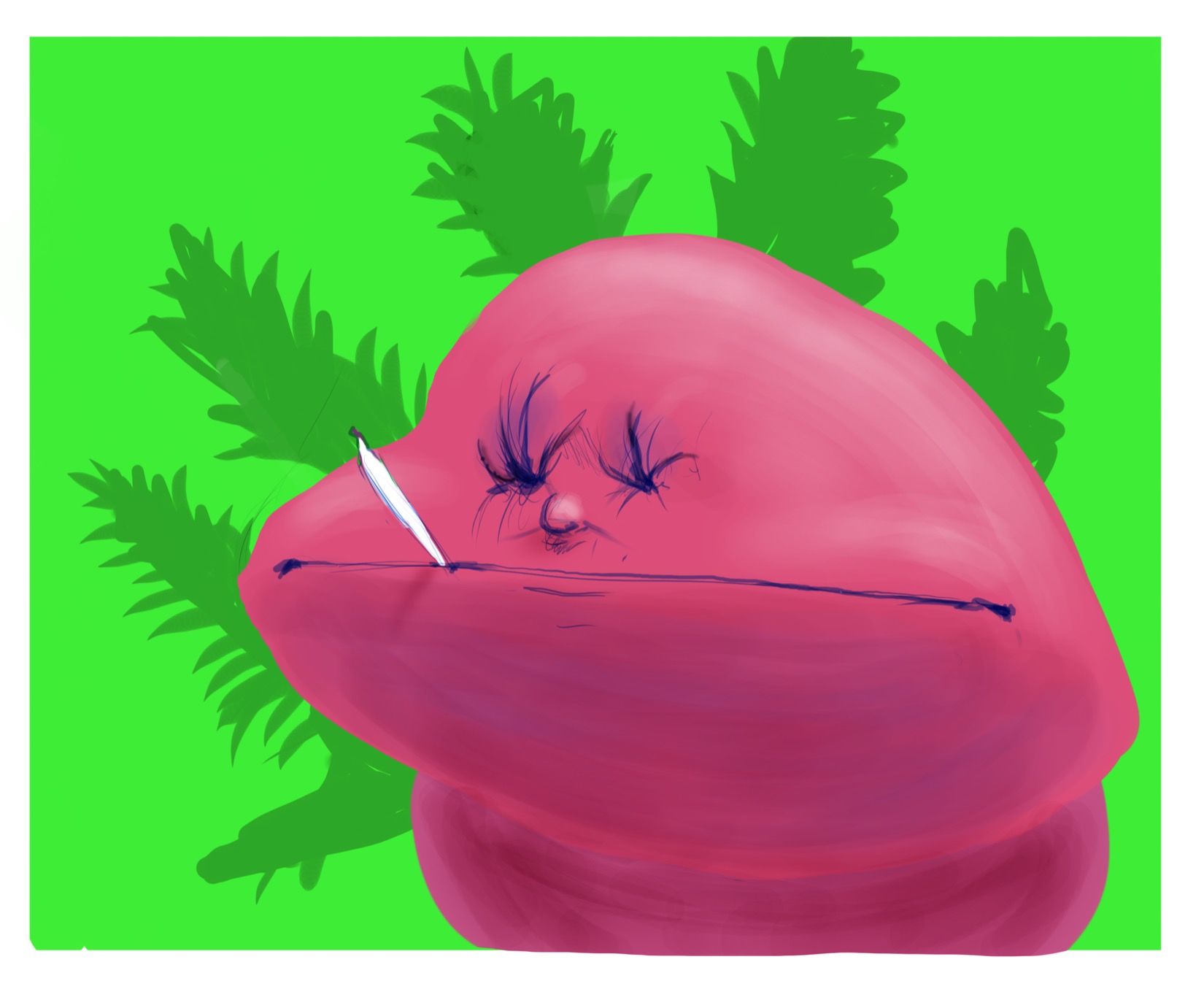 Another small progressive victory took place in several state-level referendums across the country on election day. Voters in California, Massachusetts, and Nevada legalized recreational marijuana use, joining Alaska, Colorado, Oregon, and Washington, where recreational marijuana use was already legal. A similar measure passed in Maine (nice work this week, Maine), though opponents are demanding a recount before the law goes into effect.

The votes will likely lead to increased pressure on the federal government to change marijuana’s classification as a Schedule I drug, which heavily restricts its use, and allow states to regulate marijuana similarly to alcohol. Rhode Island, where a legalization bill has been proposed but not voted on in the State House, is now likely to follow the lead of Massachusetts—the first state in New England to legalize marijuana—when the new legislative session begins in January. Newly re-elected Speaker of the House Nicholas Mattiello promised to look into the issue, telling WPRI, “It’s going to be readily accessible to our citizens. We’re going to have a lot of the concerns that marijuana creates right here in Rhode Island, right here on our border, with none of the revenues to help us address that.”

The recent wave of legalization measures in states reflects changing attitudes towards marijuana, but also towards the decades-long War on Drugs, which has sought to end drug use through criminalization. Despite criminalization at the federal level and in most states, marijuana use in the United States has doubled in the last decade, according to a study published by the JAMA Psychiatry Journal in 2015. Arrests for marijuana possession, which account for most marijuana-related arrests, disproportionately affect people of color, despite a slightly higher rate of use among white people. According to the ACLU, Black people are 3.73 times more likely than white people to be arrested for marijuana possession nationally, and 2.9 times more likely in Rhode Island. State director of the Drug Policy Alliance in California Lynne Lyman praised the ways in which California’s legalization law addressed such disparities, saying in a statement, “with its carefully crafted provisions for helping to heal the damage caused by the war on marijuana to poor communities and people of color, Prop 64 represents the new gold standard for how to legalize marijuana responsibly.” The bill includes provisions that clear the criminal records of those who would not be breaking current laws.

Legalizing marijuana and furthermore expunging the records of those who have been arrested for marijuana are important steps in curbing the abuses of the United States’ legal and prison systems, which have historically targeted people holding marginalized identities.