Reframing the burden of medical death in America 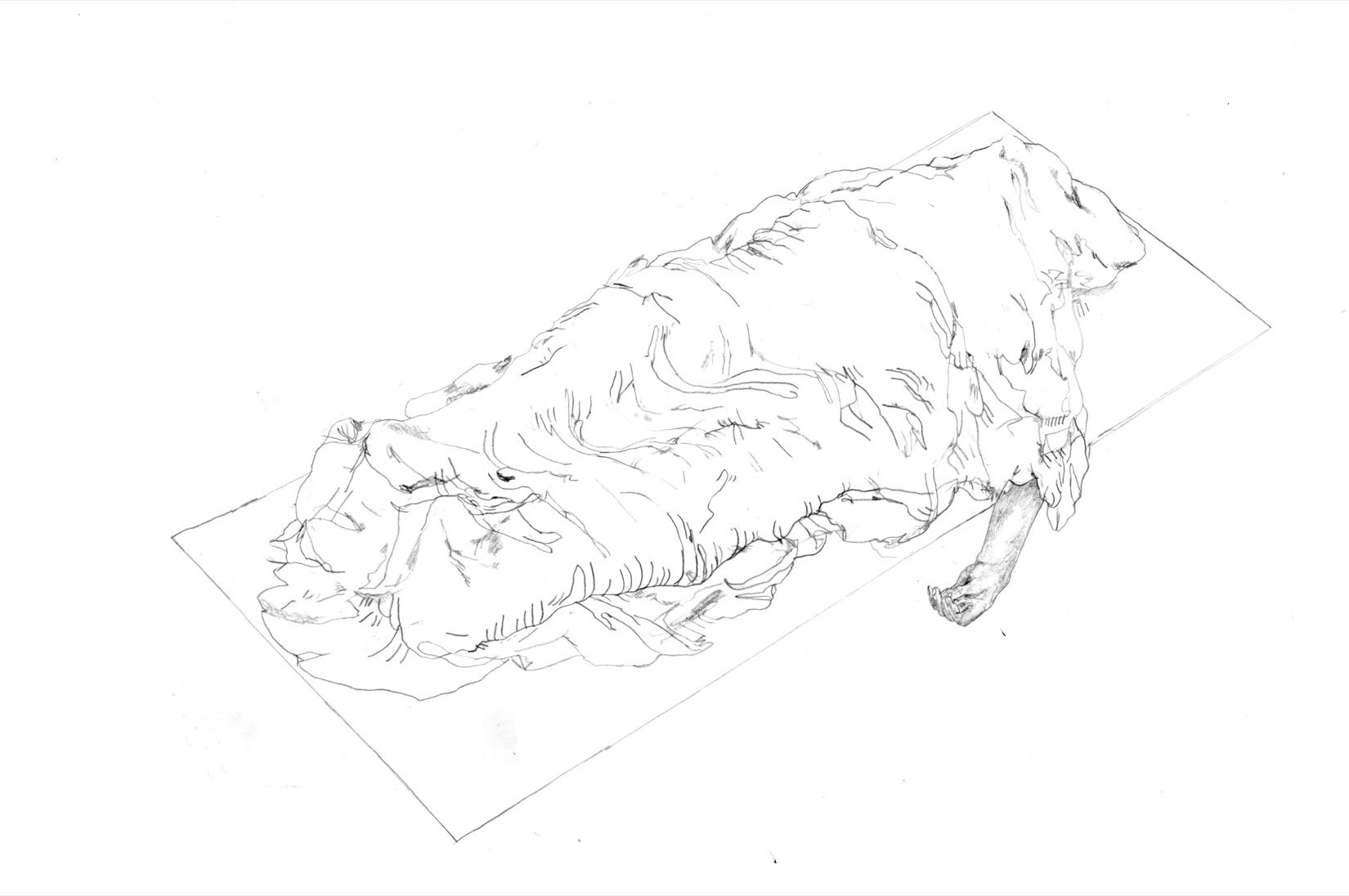 The Order of the Good Death was formed in Los Angeles in January 2011, by the goth-chic and self-described “arty death hipster” Caitlin Doughty. A writer and mortician, Doughty has recently grown in popularity by way of her YouTube series (Ask a Mortician!) and 2015 memoir (Smoke Gets In Your Eyes, and Other Lessons from the Crematory). The Order, which is comprised of morticians, other death professionals, artists, and academics, believes that “a revolution [is] afoot” surrounding death care. As part of a larger group of people working toward “death positivity,” the Order “believe[s] that talking about and engaging with [our] inevitable death is not morbid, but displays a natural curiosity about the human condition,” according to their website. The website functions as a blog-hosting hub for members of the Order, as well as a sort of extended advertisement for Doughty’s “alternative funeral service,” called Undertaking LA, which seeks to offer a hands-on option for families who wish to be more involved in caring for their dead by bringing them into the mortuary tasks of cleaning and preparing the deceased for burial.

Doughty serves as an unofficial figurehead of the Death Positive Movement, a trend that borrows its name from sex positivity. The Order, which acts as a central axis of the movement, believes that our increasingly “global community” has given rise to new possibilities for the ways we choose to treat death. According to their mission statement, “all of a sudden, we are able to choose the rituals we perform with our dead and how we dispose of dead bodies.” In claiming a globalized, boundaryless world while making references to Tibetan and Egyptian conceptions of dying, Doughty actively borrows from traditions of the ‘other’ to create an ever-expanding menu of death ‘options’ for the curious mortal.

The mission statement explains that the name of the group was “taken from the 19th century Brazilian sisterhood of African slaves, Irmandade de Nossa Senhora da Boa Morte, or, Sisterhood of Our Lady of the Good Death.” The Sisterhood was founded by a group of former slaves in the nineteenth century in northeastern Brazil and sought to relativize death in order to embrace new modes of living. By thinking of life and death as being able to inform one another, embracing life in the wake of trauma and violence became possible for the Sisterhood, according to a 2011 documentary by Yoruba Richen that followed the few still-living members of the group.

In naming her group the “Order of the Good Death,” Doughty blindly repurposes the Sisterhood’s powerful claim of resistance and resilience as a group of women who survived impossible trauma. That Doughty and her Order of 20 almost exclusively white women have adopted this name to service their function as a blog points to one of the major deficiencies of the group, and of the Death Positive Movement as a whole. In their shift toward universality, the marginalized are actively erased in favor of the ‘standard.’

Doughty speaks passionately about the aesthetics of the movement in an interview with Qeepr, a website that seeks to create space for digital memorial while also providing grief support resources and general death education. In the interview, Doughty explains, “we are trying to start this conversation, and we are...trying to make it cool, in a way.” Doughty explains that for some, the movement is about “aesthetics! It’s skeletons from the 15th and 16th century, it’s bone cathedrals...it’s whatever you have to do.” Imaged by the skeleton or the coffin or the RIP-labeled headstone, the image that Doughty attempts to educate and normalize death by is anonymous, unnamed, faceless. This abstraction of death relies on the simultaneous erasure of the individual and their experiences and propagates a universal body for which death is able to happen positively.

The death positive movement also encourages us to think about our imminent death in order to be able to live more fully. This is not a new concept. Memento mori, a Latin expression which serves as a reminder that we must all die, was used as a levelling expression across social classes in ancient Rome. Muttered or shouted to egotistical elite, the phrase was a reminder that we will all die, and therefore, we must all be equal in this life. In this tradition, the Danse Macabre, a genre of late-medieval allegory which Doughty and her group actively celebrate, sought to ruminate on the universality of death, often depicting a personified death (usually a robed skeleton) who has summoned representations of all walks of life to “dance along to the grave.”

Each of these modes of embracing death, including the death positive movement, rely on a complete abstraction of personhood, boiled down to its bones, in order to make palatable or stylish or appealing a discussion of mortality. However, in doing so, this personhood is lost, and our discussions of mortality lose their meaning. In stripping the living body of its context—clearing the flesh and faces and fat and scars and melanin from the person—all that remains of the dead worth celebrating are the polished, bleached bones. And it is no mistake that these bones are easily recast as white and as male to remain palatable, trendy, appealing.

This contemporary return to thinking about death in its abstraction has happened within the very meticulous medical schema that we are currently living in. In the consideration of death as great human equalizer, the death in the death positive movement must remain as scalable and ‘standard’ as possible. Similar, too, is our requirement of the medical body: the standardized model that we use to understand our biological functions. This standardization, however, requires a violent and active erasure of particular types of marginalized modes of being.

Relying on the systematized, diagrammed, dissected human object, our practical understanding of the body and its living function is sourced and rooted in the stiff, temperature-controlled, formaldehyde-filled corpse. Though often unnamed or re-signified as specimen, this sourcing of medical knowledge in formerly living bodies is inextricably tied to histories of racial violence. According to bioarchaeologist Ken Nystrom in a 2014 article published in American Anthropologist, modern American dissection practices, which date back to the British colonial period in North America, originated “as postmortem punishment for executed criminals.”

When formal medical education rose in popularity during the 19th century, a shortage of bodies led to the back-alley sale of corpses by grave robbers who would frequent the cemetery to unearth cadavers. Anti-grave robbing laws that responded to this practice prioritized the dead elite, and were particularly unhelpful for the poor and the marginalized, whose bodies “became vulnerable to the postmortem violence of dissection.” The 20th century saw African American bodies “used in disproportionate numbers to serve as cadavers for medical instruction,” writes archaeologist James Davidson. Davidson explains in a 2007 article in the International Journal of Historical Archaeology that “Black bodies, despite these claims of inferiority, were often used as instructional materials to aid white doctors training to treat white patients.” Today, a vast majority of cadavers used for medical research and education are sourced from deceased prisoners and unclaimed bodies, both populations of which are overwhelmingly Black.

At the beginning of the 20th century, virtually all Americans died at home. Partially a result of the multi-generational home and also a product of higher child mortality rates, death folded into the everyday—caring for its stink and its mess were wound into the fabric of the family’s function. A byproduct of the improved medical understanding of germs, disease, and sanitation, nearly 50% of all deaths in America in the 1950s would occur in hospitals. A symptom of this transition, these early medical interventions in death held the clinical goal of “‘protect[ing]’ the [family] from seeing the final moments of dying,” according to anthropologist Sharon Kaufman in her 2005 ethnography of the American end-of-life care process, And a Time To Die.

By the 1980s, nearly 80 percent of all deaths in the United States would occur within hospital walls. As technical intervention in dying became viable and eventually standard practice, death officially entered the purview of medicine. Death became re-cast as the responsibility of the hospital. Medicine’s interventions, then, worked toward sustaining life by whatever means necessary. This ambiguous goal became an unfettered playing field for physician paternalism, and these efforts took on new severity with the dawn of the ventilator. In 1987, philosopher Daniel Callahan argued that this technological imperative produced “widespread angst [at] hospital bedsides.” Technology produced a new moral dilemma in choosing when to remove the vents and the pumps and the plugs that functionally worked to sustain biological life.

Patient advocacy efforts in the 1970s began the trend toward the modern hospice movement, which was “fueled by the emerging expression of desire for individual control over the dying experience,” writes Kaufman. In its formulation as a “patient and family-centered process,” Kaufman argues that hospice has “become the contemporary symbol of the Anglo-American, middle-class idea of ‘the good death.’” Hospice centers serve to provide comfort care for patients who have a life expectancy of six months or fewer with the goal of “maintaining or improving quality of life for someone [who is] unlikely to be cured,” according to the Hospice Foundation of America website. In the focus of personal comfort for the patient, hospice “has become...an abstraction, the quintessential, metaphorical place for the reduction of suffering [and] fulfilled dying,” writes Kaufman.

In her discussion, Kaufman also maps the bureaucratic limits of hospice care. With up to 90% of hospice services in the US paid for by Medicare, which maintains incredibly specific requirements for reimbursement and referral, “it is mostly cancer patients and others with a clear, terminal trajectory….who receive hospice services of any kind.” Medicare requirements for billable service mean that more than half of all hospice patients spend less than two weeks receiving hospice services before death, according to data from the National Hospice and Palliative Care Organization. In practice, patients aren’t referred to hospice centers until death becomes imminent. Even so, Kaufman points out that death preparedness and end-of-life consultations in hospice settings most frequently occur in the last 48 hours of life.

What does the good death look like in this modern medical constellation, then? Advanced directives, the process of naming a legal power of attorney and documenting a living will (which states a person’s willingness to opt in or out of life sustaining measures) provide one answer. But, the legal fees in filing the document produce financial constraints, and living wills are frequently violated by medical practitioners, especially for patients with marginalized identities who are already subject to disproportionate medical error and treatment bias. Separately, living wills inherently require advanced planning for our own mortality, as well as an implied understanding of the medical technologies referenced in the documents. The emotional hurdle of negotiating these questions themselves provide an additional barrier, and the question of who can afford to plan for a peaceful, hypothetical death at the age of 85, surrounded by loved ones in the comfort of their own home, produces another set of questions surrounding the viability of death “planning.” The abstraction of the good death, as the death positive movement so too operates within, relies on the fiction of control that is assumed in these documents.

Caitlin Doughty, herself a mortician, argues that a good death must also be negotiated post-mortem in the choices we make surrounding burial, embalming, and cremation. Doughty’s stakes in the matter rely on a resurgence of alternative modes of burial, including environmentally friendly options (“ecoburial”) and the re-introduction of the family in the process of tending to and for the recent corpse. This high-touch burial process similarly begs the question of education and class as modes of access—a modern twist continues to reflect the age-old system of values that decides which bodies are worth mourning.