Inclusion and diversity in STEM 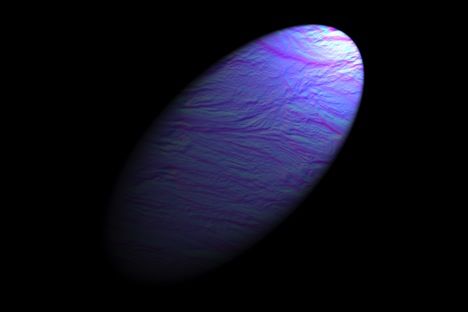 The practice of science is not only analytical, it is subjective, emotional, and creative. Our approach to science is influenced by our lived experiences, our identities, and our backgrounds. Without properly supporting efforts toward inclusivity and diversity in Science, Technology, Engineering, and Mathematics (STEM), the bottleneck of what’s discovered and what’s deemed important for society narrows. We lose a wealth of insights and potential breakthroughs. In light of recent events—including Trump’s announcement of his plans to select Myron Ebell, a climate change skeptic, as head of the Environmental Protection Agency—some scientists may feel their perspective has been discounted, made unimportant.

It is important, though, to remember that problems with diversity and inclusion in STEM were present before election day and will continue to limit scientific advancement as long as we allow them to persist. Biases against people of color, people living with disabilities, female-identifying, low-income Americans, and first-generation college students are widespread among STEM departments and institutions across the country. In the March-April 2016 issue of American Scientist, Dr. Ashanti Johnson wrote that “while underrepresented minorities comprised 28.5% of the total US population in 2006, they only represented 9.1% percent of college-educated STEM professionals at the time.”

One implicit barrier to inclusivity and diversity in STEM is the common notion that students must be innately good at their chosen scientific field in order to succeed. In the January 16, 2015 issue of Science, Sarah-Jane Leslie and Andrei Cimpian detailed a study they’d conducted, which found that gender and minority distributions across STEM fields were influenced by these expectations of innate intelligence and a “you-either-have-it-or-you-don’t” mentality. Their study found that diversity of an academic field correlates to the perception among members of that field that innate intelligence is a crucial factor for success. The fields of physics, mathematics, and engineering were found to be the least diverse. As students pursuing science ourselves, we’ve had moments where we felt the pressure of this assumption. Shortly after deciding to pursue a STEM concentration, one of the authors of this article was told by a doctor: “I’m surprised that you are pursuing STEM if you’ve always been so bad at math.”

As students progress in STEM from preschool to college and beyond, there are multiple opportunities for scientific learning. The term “pipeline” has been used widely among STEM educators to describe the ideal structural, integrated pathway designed to provide all students with a solid foundation in science. But clearly, the pipeline is only accessible to certain students. Underrepresented groups are lost from the flow of potential pre-college, undergraduate, graduate, and post-graduate students at every step of the journey. For some students, the issue begins at the very beginning of the pipeline—a sort of narrowing of the entryway manifest in structural problems like a lack of preschool programming, poor access to quality schools, inadequate resources for teachers, and beyond. Once students have made it into the school system—particularly at the middle school and high school level—deficits in STEM education begin to compound. In 2012, The Thomas B. Fordham Institute issued The State of Science Standards, which contained critical reviews of the science education standards for all 50 states written by college and high school science educators. The average grade given in science classes across the United States was a C, meaning that, on average, science education standards in this country were and continue to be unacceptably inadequate.

In order to address certain educational inequalities, some institutions, such as Cornell, Northwestern, and Brown University have begun expanding their diversity and inclusion efforts. On February 1st, 2016, Brown released “Pathways to Diversity and Inclusion: An Action Plan for Brown University,” which required that all academic departments draft Diversity and Inclusion Action Plans (DIAPs) for the fall semester. These plans are often written by faculty and the heads of different departments, and sometimes undergraduate and graduate students.The University’s STEM departments’ DIAPs focused on reducing explicit bias through removing racialized language from course guides (such as the Computer Science DIAP’s suggestion to replace the “master and slave” terminology commonly used to describe the ways devices interact with one another) and instructing professors not to assume students’ genders. STEM department DIAPs also focus on attracting more and more students to their fields, suggesting greater recruiting and outreach in order to attract students to their departments before they even begin their first years. While a few departments included statistics on the demographic information of their students, most lacked concrete data on low-income or first-generation students, and few, if any, provided potential explanations for these numbers.

As noted in many STEM DIAPs, students should be able to approach any field out of their own interest, and each STEM department should provide support and education that will give each student a toolkit they can use to build their foundation in that area. While DIAPs are an important start to breaking down the barriers students face in academia, especially in STEM, there remain many biases that DIAPs fail to address. For example, in the November 2016 issue of Nature Geoscience, authors Kuheli Dutt and Danielle Pfaff found that female PhDs in the geosciences—a field that has some of the highest levels of female enrollment in undergraduate studies across STEM—were less likely to receive excellent recommendation letters for postdoctoral fellowships than their male counterparts. Imbalances such as these are rooted in assumptions and biases too deeply ingrained to be fixed in a single document.

Continuing to address inclusion and diversity in STEM must be made a priority in order to promote ongoing scientific advancement and widespread scientific literacy. In order to truly break away from the plague of persistent biases preventing the growth of inclusivity and diversity, we must continue to rigorously identify and challenge biases and roadblocks to opportunity.

AS & PH are in this for the long haul.