An Abbreviated Timeline of Voting in Rhode Island


After a year that’s felt a little like an episode of Survivor, featuring older contestants and more liberal use of spray tanning, Rhode Islanders prepare for the polls. On this fall’s ballot, two three-way-races are underway for seats in the RI State House: one for Providence’s district 5 seat in the State House of Representatives and another challenging Nicholas Mattiello (D)’s incumbency as Speaker of the House. On the national ballot, Hillary Clinton is expected to win this reliably blue state, but even the possibility of a xenophobic reality television star winning any states at all is alarming. As we approach what may be one of the most nerve-wracking election days in recent memory, these decisive (and  sometimes scandalous) moments in Rhode Island electoral politics in the last century showcase the power of the electorate and their elected, in all their mistrusting glory.

The 1841 Dorr Rebellion(pictured top right)—-headed by working-class men, disenfranchised by property requirements—was the first in a series of shifts away from a parliamentary-modeled legislature in Rhode Island. Though the rebellion failed in its ultimate goal to craft a new state constitution, the presidential election the following year drew 4,000 additional voters to the polls than in the previous election. Their efforts had introduced the voice of the disenfranchised to the state legislature and spurred an on-going conversation about including more citizens into the electorate. 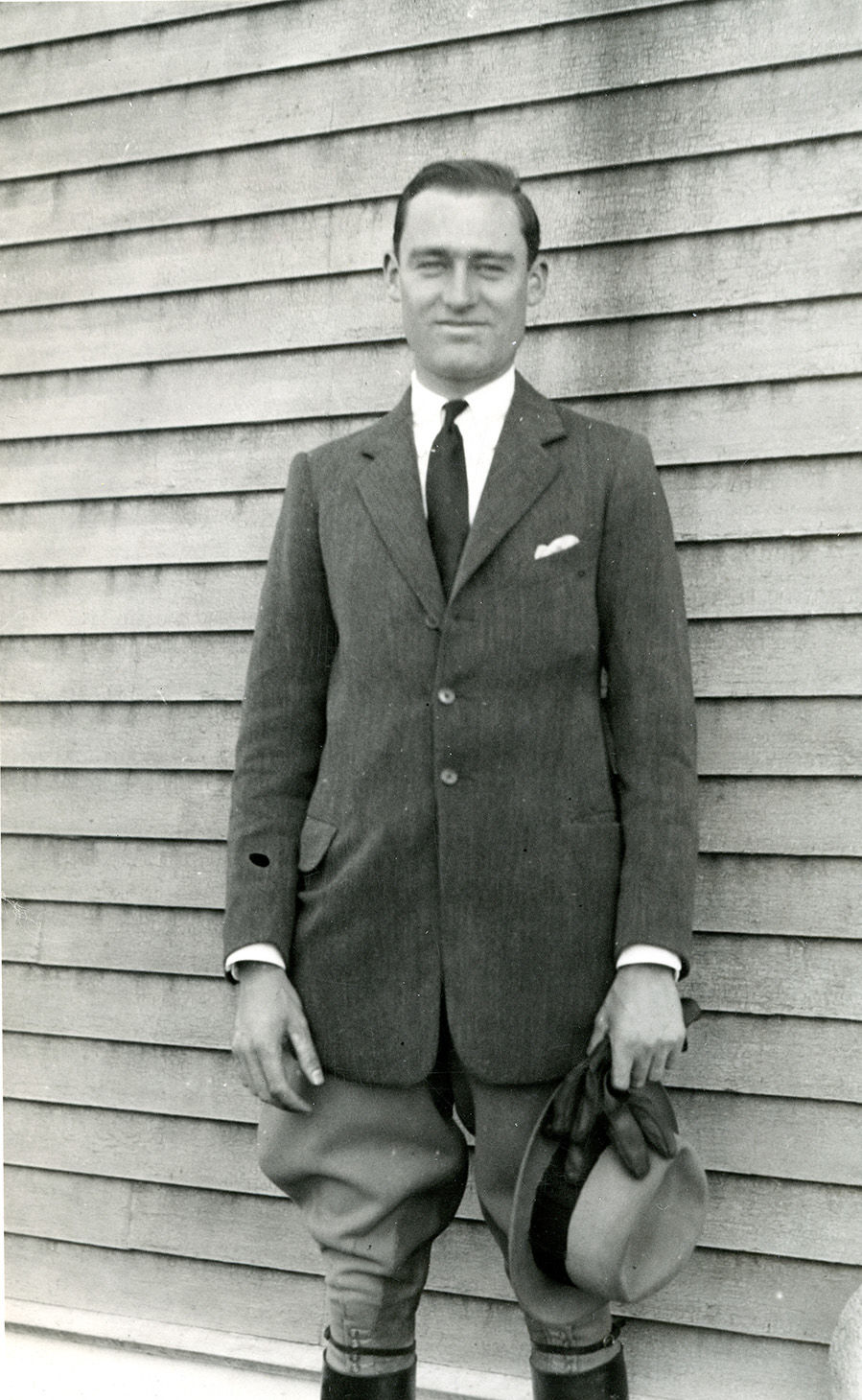 Rhode Island Democrats rang in 1935 with a political coup that ended decades of Republican dominance. At the beginning of the new legislative session on New Year’s Day in 1935, Governor Theodore Francis Green staged what would later be named the “bloodless revolution”: he refused to seat Republicans who had won highly contested elections in 1934.  Pictured above and to the right, a rather poised Green is pictured during his time as a U.S. senator at middle left with fellow Rhode Island State Senator J. Howard McGrath at middle right, and President Harry Truman on the far right.

Green demanded a recount of the 1934 votes, which resulted in a win for Democrats. With a majority in the State House, the new government immediately passed a series of reforms that created a cabinet-style government with a small number of departments to replace numerous government agencies. In the same move, the new legislature unseated the Republican-majority Supreme Court. Though Republicans would briefly regain their majority later in the decade, this seizure of the state government—in line with the majority of state voters—ushered in an era of Democratic control of state politics and a cabinet system of government that remains in Rhode Island to this day.

In 1938, Republican William Henry Vanderbilt III  (pictured above) was elected Governor of Rhode Island (with the Democratic majority in the State House remaining), joining a legacy of wealthy heirs assuming political office. Like many such scions, Vanderbilt was in over his head, and lost his chance at reelection after a wire-tapping plot against the mayor of Pawtucket went public. While this effort to investigate allegations of corruption and voter fraud was technically legal, the foiled plot became a scandal and led to the downfall of Vanderbilt’s political career. His rival J. Howard McGrath, then the Democratic Federal District Attorney, seized upon the revelation to accuse Vanderbilt in an article of using “terroristic systems employed in totalitarian countries.” Voters sided with McGrath, and Vanderbilt lost all chance of reelection.

In recent decades, a rallying cry arose against a new form of institutionalized corruption: general assembly members were simultaneously, unabashedly serving as executive 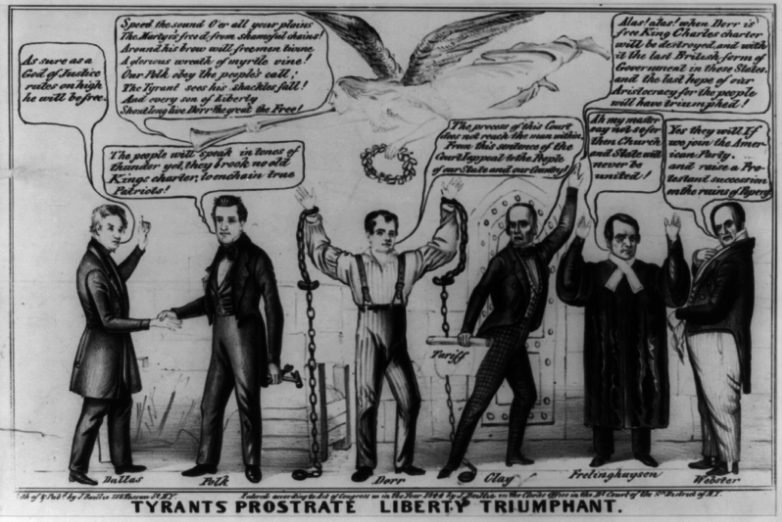 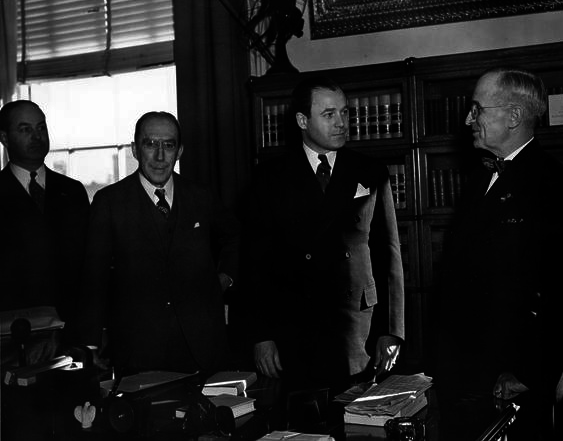 board members for pseudo-public authorities like the Narragansett Bay Commission (NBC). As executive of the NBC, for example, Vincent Mesolella ran one of the largest infrastructure projects in RI—the Combined Sewer Overflow, a three mile subterraneous pipeline—without much oversight at all. As he was at the time deputy house whip, he oversaw legislation and implementation of the project. Luckily in this case, SaveTheBay’s support of the project was able to mitigate some of the potential consequences of such a one-man operation. But the era of dual-allegiances made citizens skeptical of the ethics of RI politics—one case being three-term governor Edward DePrite’s conviction for bribery, extortion, and racketeering in the late 1990s.

In 1992, Sheldon Whitehouse started the fight for what would eventually become a constitutional amendment to create a great separation of powers within RI. The state’s original constitution gave the state legislature basic autonomy over most sectors, making RI a hotbed for corruption. In the decades before the amendment passed, the RI legislature increasingly exercised power over the state’s regulatory agencies, mainly by appointing the boards or commissions of each agency. In 2004,  with over 75% of voters in favor, the amendment passed, working towards broader democracy at the state level after two centuries of questionable loyalties.

Home to all of these moments in Rhode Island’s history, the current State House, completed in 1904, boasts the fourth-largest self-supporting marble dome in the world. Pictured below, the neoclassical mammoth is home to the executive and legislative branches of Rhode Island’s government. Residents of Providence’s House District 5 have a choice between three candidates to select who will write the state’s laws under the dome this year. Incumbent candidate John DeSimone lost in the Democratic primary race to Providence public school teacher Marcia Ranglin-Vassell, and is now running as a write-in candidate against Ranglin-Vassell and Republican Roland Lavallee. Another three-way race is taking place in House District 15, between incumbent Speaker of the House Nicolas Mattiello, Republican Steve Frias, and Independent Patrick Vallier.

The strong challenges to incumbents, along with the possibility of unseating the Speaker of the House, mark this tide in Rhode Island politics as rather uncertain. These races—and the bloodless revolutions, wire-tappings, and corruption that preceded them—make up a story of election drama and spectacle whose next chapter will be played out next Tuesday. 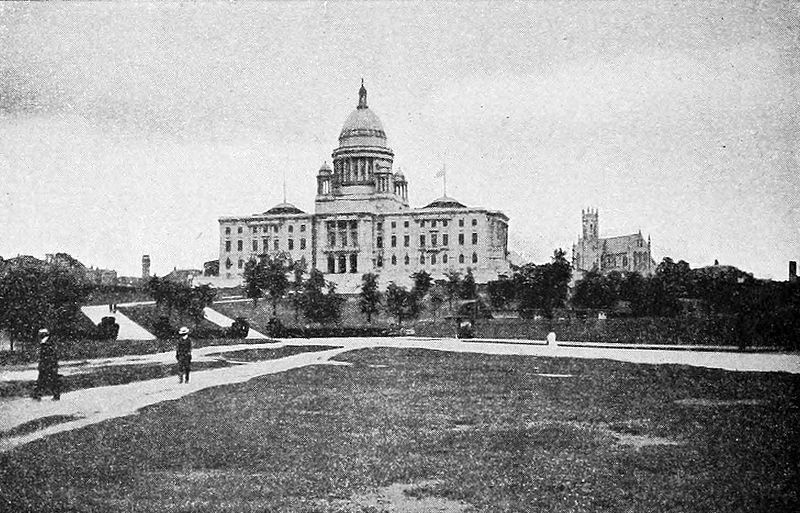