An effective way to schematize nascent changes in conservatism in the United States, namely what one might call the transition from a Christianity-based conservatism which emphasizes the importance of the Bible and the United States Constitution in living a moral life, to what has been christened the “Alt-Right”—which rallies instead around Pepe the Frog and the act of trolling—is the recent and shocking development in Google-powered info-metrics which shows, as the Daily Mirror reports, that users search the word “memes” more frequently than the word “Jesus”. Twitter user @Kuwaddo first noticed the change, which actually occurred in April, undiscovered until now. The meme-o-philia of the alt-right is a recent topic of much discussion, especially regarding the addition of Pepe the Frog to the Anti-Defamation League’s hate symbol database.

Examination of the data reveals further interesting results. Perhaps unsurprisingly, google searches of “Jesus” spike around the Christmas and Easter holidays, prominent events in the life of Jesus (his birth and death occurred, according to certain sources, during these months, respectively). It is even possible that “Jesus” will overtake “memes” in number of searches this coming Christmas, if only briefly. More curiously, the number of “memes” google searches has sporadic bursts, most notably during June and July of 2014, when the number of “memes” searches increased by twenty points, only to fall back to its prior levels by August. What occurred during these two months to cause such an explosion in the number of “memes” searches—in some sense, a harrowing preview of the meme-ness of our times? What terrifying symbol of the chaotic-evil four-chan racists emerged during that fateful summer? This intrepid reporter leaves it to other, intrepid-er reporters to unearth the answer. 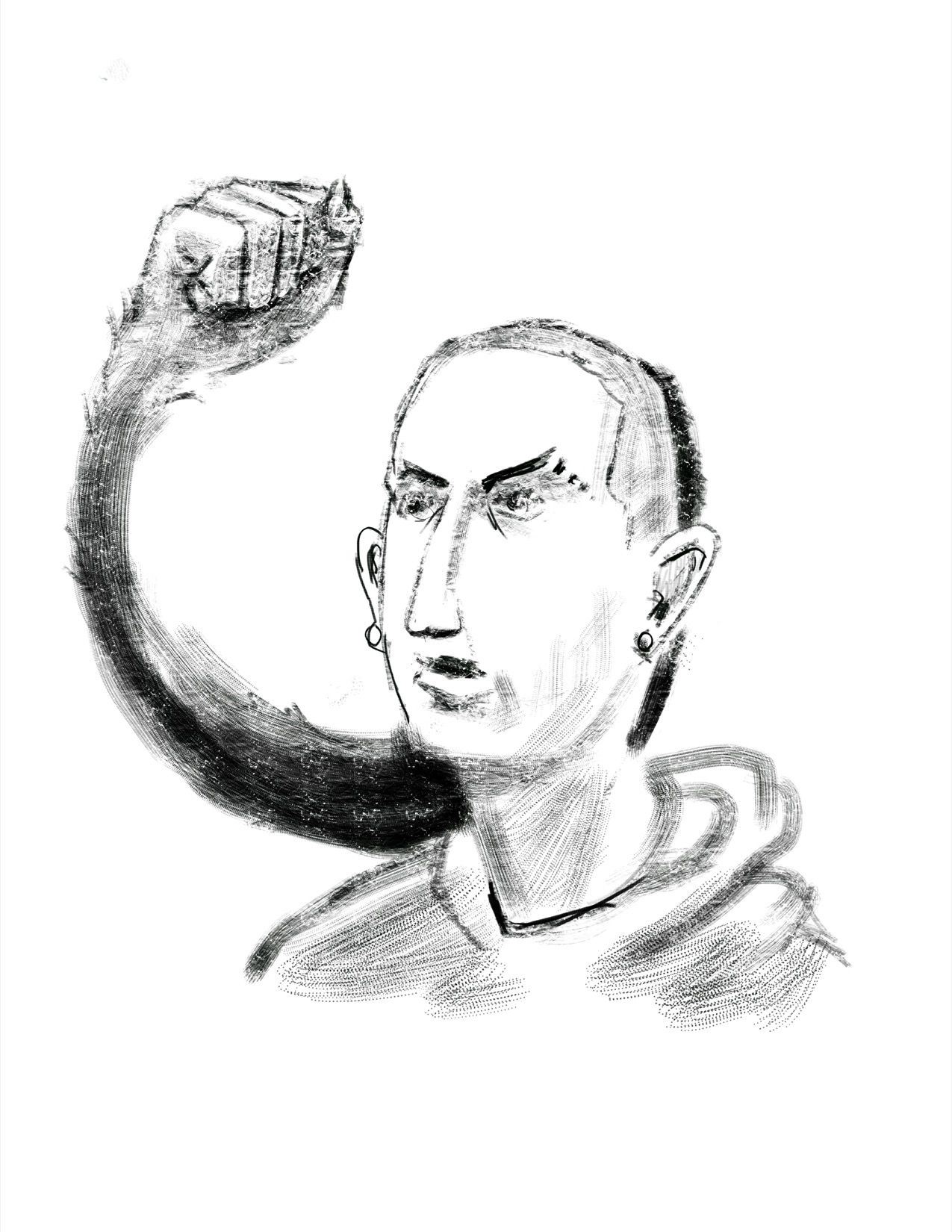 In the beginning God created the heavens and the earth and Australia. So, too, did He create Ziggy Mosslmani, an Australian teenager.

And God said, “Let there be mullets,” and there were mullets. God saw that the mullet was good,

and He separated the mullet from the lameness of other hairstyles. God called the mullet “hilarious” and the others He called “boring.” There was Ziggy, and there was his haircut—the mullet. And it was so.

And God said, “Let this mullet be so hideous that no other mullet shall surpass its terribleness.”

So God made the mullet flow long in the rear and in the front he shaved Ziggy’s hair off.

And God said, “Let him not give a shit.”

And God said, “Let the Ziggy and his mullet and his friends be gathered to one place, and let a photographer appear.” And it was so. God called the photographer to snap a photograph of the mullet and upload it to his social media account, where it would go viral.

Then God said, “Let the Internet teem with trolls. Let the mullet produce memes: LOL-bearing images and photo-shopped quips.” God blessed the trolls and said “Be fruitful and increase in number and let the memes spread on the Internet.” And it was so. Ziggy’s hair photoshopped as a skunk’s tail, Ziggy as a horse, his mullet the mane, and another applying the mathematical principles of the pythagorean theorem to the mullet. God saw that the memes were good—especially the one about the skunk.  And He marveled at what He had wrought.

But Ziggy didn’t marvel. He filed a suit for defamation. He cried out that the internet and the media had forsaken him, that due to them was “a joke” and  “a ridiculous person because he wears a ridiculous haircut”.

God was merciful and God was just, though he also had a sense of humor. He admonished Ziggy: “You shall make use of the fruit of my labor. Besides, I made you a teenager so you wouldn’t give a shit.” Ziggy defied God. He filed suit this year. Yet the judge agreed with Her Creator. She said the mullet memes were clever—in particular the thing about the pythagorean theorem.

And so God breathed a sigh of relief and saw all that he had made, and it was very good. 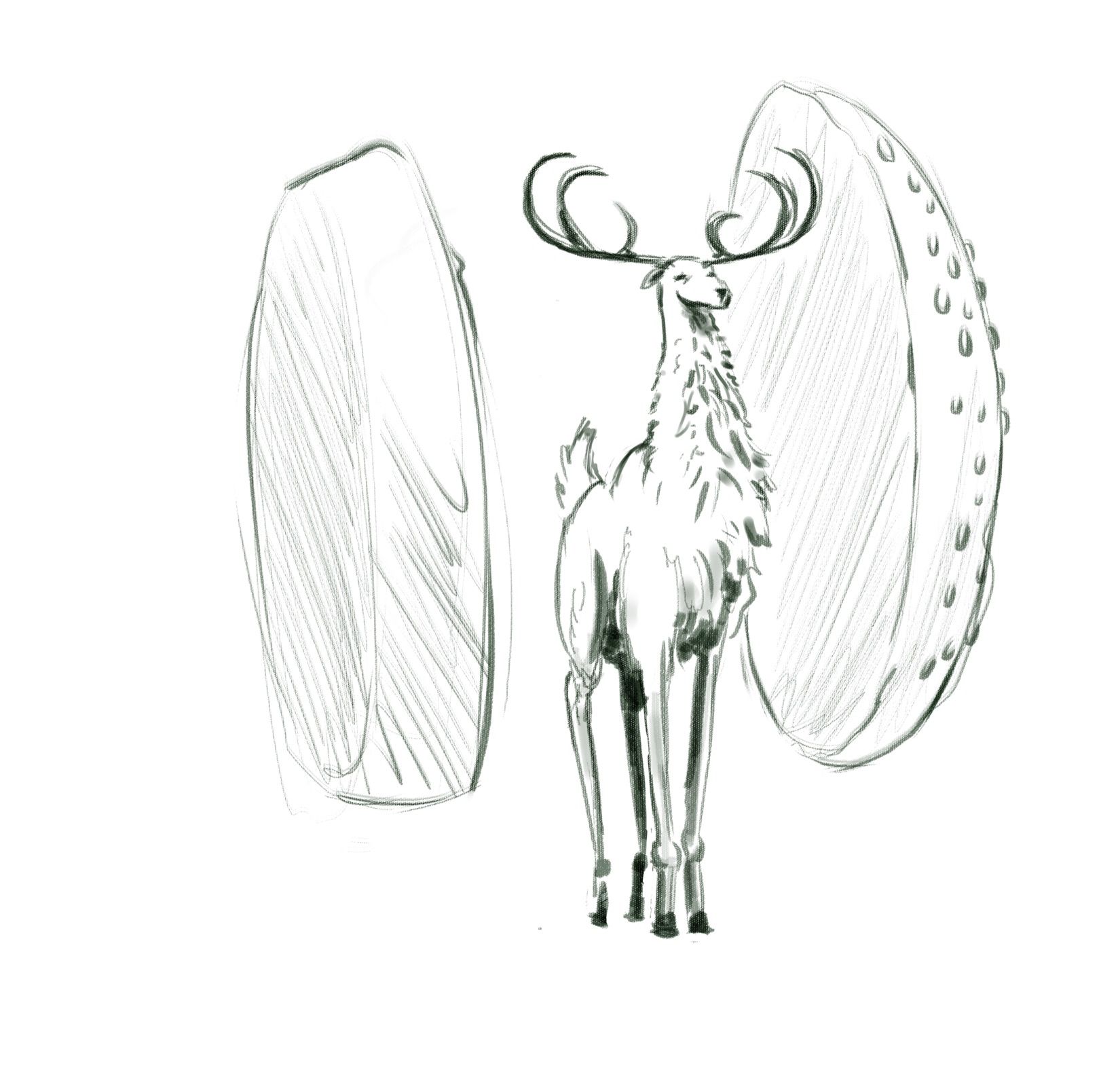 Grandpa Arby tells a story about his first solo hunt. A cold fall morning in the hills of Georgia, alone, cross-bow in hand. He sat in his perch looking down on smokey woods. Crow calls fill the air, a final owl hoot resounds through the ash boughs. All of a sudden, there HE is. What a buck. 18 points of sinew and musk. The trophy every hunter spends their lifetime dreaming of, there, on his first hunt! Of course he missed. But that experience left him wanting just one thing: to kill lots of deer and give their meat to a mid-grade fast food chain for all Americans to savor.

The day has come. Arby’s has been called America’s juiciest meat shop. Now they’re rolling out a campaign featuring America’s favorite roadkill: venison, the people’s veal. But, you deer-loving Rhode Islanders better hold your horses: the gamey grub will only be available in six states (Wisconsin, Tennessee, Minnesota, Michigan, Pennsylvania, and Georgia), and unless you’re on a long road trip with a group of recently lapsed vegetarians, chances are you’re not passin’ through just for some subpar slop. Don’t blink or you’ll miss this chance to mix your two favorite American pastimes: fast food & deer. Rob Lynch, Arby’s Brand President & Chief Marketing Officer, says he is confident that “deer hunters are going to love this sandwich.” To the contrary, on social network behemoth Twitter, Matt Cartier (@NYSHOCKER) responded to the announcement by declaring “I think I’ll stick to harvesting and cooking my own venison!” No word yet on whether the meat is local or human. In the Indy’s honest opinion, the company’s new “It’s Meats Season” campaign is neither particularly witty nor compelling. But it’s certainly carnivorous.