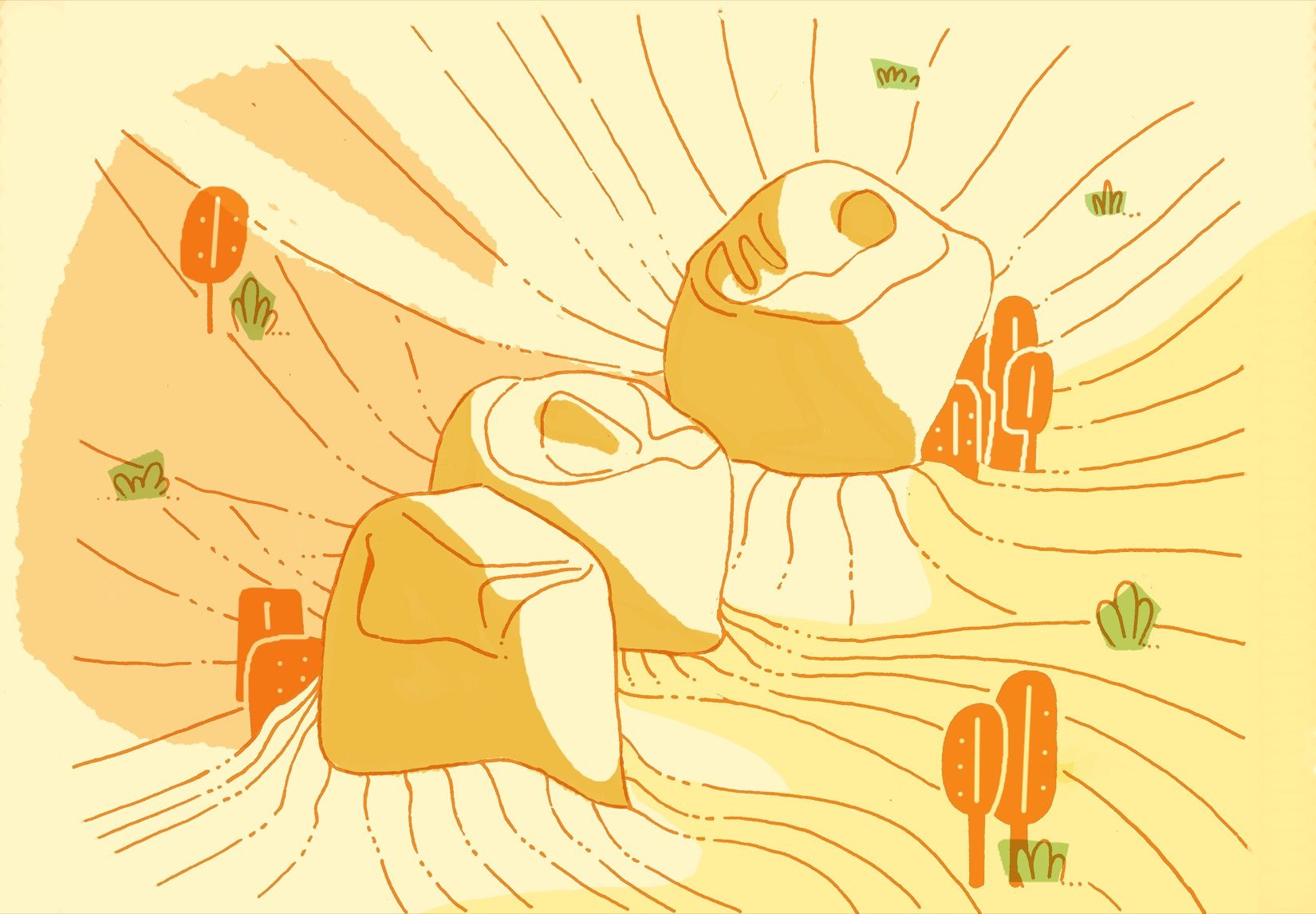 The telling of history necessitates a well-functioning set of teeth.

The thing about teeth is that they are required to collaborate; the realization of one tooth is contingent upon its neighbors.

When my grandmother first learned to mold teeth out of gold, acrylic, and metal, Nicolae Ceausescu was president of Romania. When he was executed, by firing squad, in 1989, a chord of laughter must have echoed through the streets of Bucharest, though my grandmother had already fled.

It is a miracle of craving.

My grandmother called today to warn me of the perils of hiking.

In Denver, the cityscape has an almost yearning quality to it. The Rocky Mountains, to the west, are visible from nearly every elevated point in the city. Thus, each body moving east is framed by the suggestion of wilderness, and inherent in this portrait, some would argue, is a dichotomy between the human and the wild, though such a distinction seems counterintuitive.

Or, does this portrait—of a human being removed from but entrenched in a landscape—recall the estrangement characteristic of memory, the capacity of an emigrant to so entirely cast off a homeland that it evolves into a permanent backdrop, a light fixture hanging from the ceiling that cannot be torn off without the roof cascading with it?

Dental health requires a sort of rootedness—a continual maintenance of those structures and forms that hold the tooth in place—the gum, the nerve, the root itself. My dentist asks me questions while my mouth is full. I mumble to the best of my ability, compelled to rely on the rest of my body—the slight nod of my head, my hands, my eyelashes—to communicate and, thus, compelled to interrogate the roots of communication itself. What voices emerge in the excavation of a root?

Unlike Denver, New York City exudes a restlessness that shapes its residents similar to how rocks are worn smooth by water. Walking through midtown, I’m overwhelmed by the abstraction of faces into a crowd.

When my younger cousin is especially restless, his grinds his back teeth, a sort of symbolic effort to eradicate the abstraction of a mouth—to ground himself in the almost mineral clamor of molars against molars.

Flying over the NYC skyline toward a circuit of factories and sports arenas, I reflect on the sheer number of machines that were required to move my body to this place: several computers, a bus, a car, a TSA body scanner, a plane, not to mention the component parts of each contraption—the motors and gears and hands that assemble them.

In 1965, my grandmother, her husband, and two children arrived in a NYC deeply entrenched in such spectacles.

And the cab drives silently into a night, whose clichés are many, but whose windowless rooms and light-stained sidewalks are anything but human.

“Your teeth are your best friends” is a familiar cliché. My grandmother concludes conversations by instructing, “Don’t play with anything sharp.” Embedded in this directive is her deeply held conviction that teeth are the most essential mechanisms for living—thus, their shape, the integrity of their curvature, must be protected. I wonder, though, why the emphasis is on dullness, on avoiding or, perhaps more accurately, sanding down that which is sharp—that which pierces us. My grandmother has lived a piercing life. And I understand her desire for her children and grandchildren to build fences—to experience and construct narratives marked by continuity and calm. Nonetheless, I often question whether she is aware of the profound privilege of such a life.

1) When your mother was little, her grandmother kept turkeys in the backyard.

2) When your mother was small, her grandmother grew her own cherries.

3) When your mother was tiny, her grandmother brewed her own cherry liquor.

4) When the liquor was bottled, she threw the cherry pits into the backyard.

Can you guess what happened then?

The turkeys were drunk.

I am straddling a line between nostalgia and fantasy—a history that is not mine to claim, but has been given to me like an archive—dusty, demanding respect.

There’s an intersection between hiking and history, I imagine: both inspire, or necessitate awe, yet both demand a sort of subservience—the recognition that neither a mountain, nor a memory, will save you.

I have resisted purchasing winter boots for almost a decade now, and this has been a perpetual source of anxiety for my grandmother. 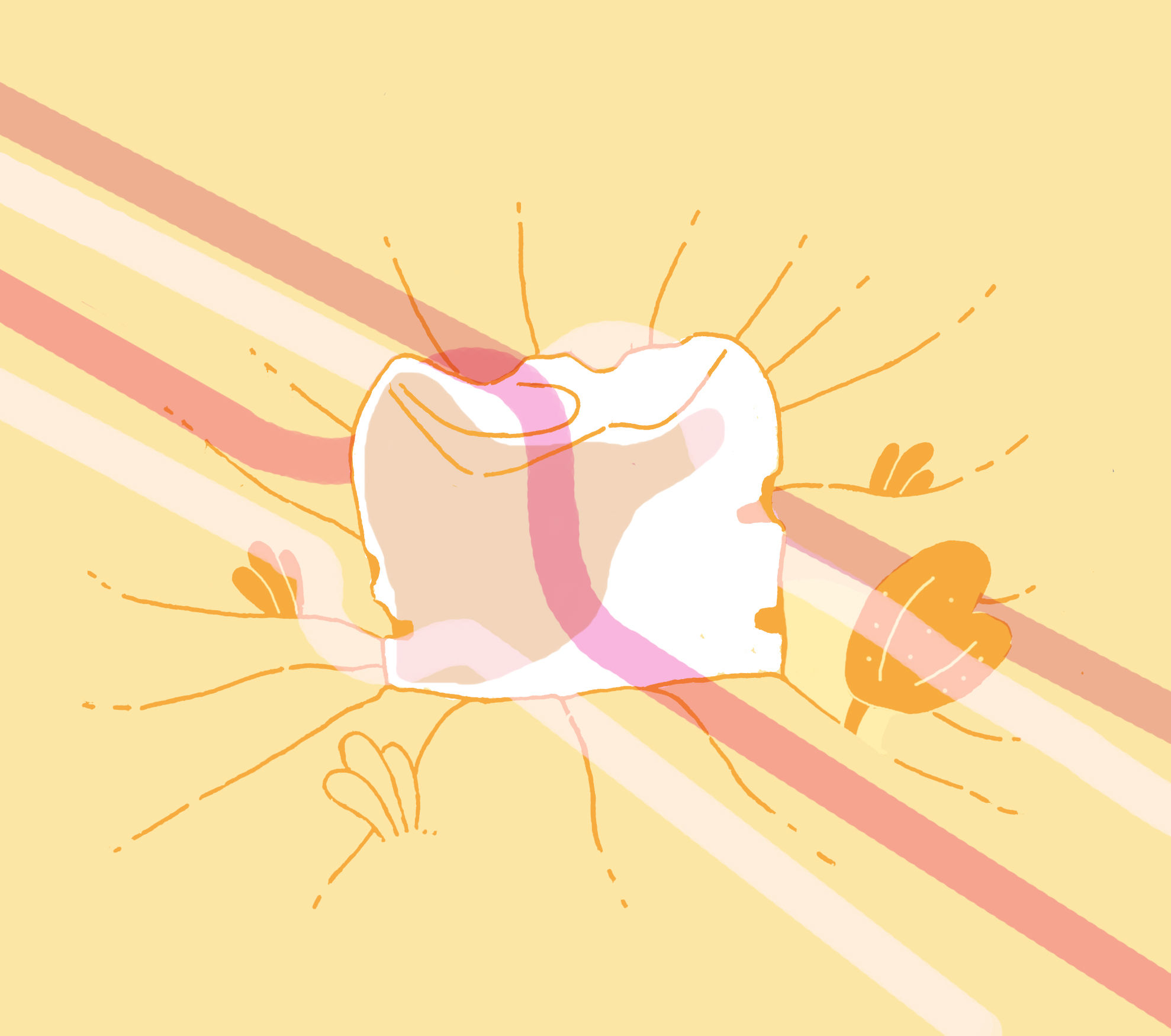 A couple years after her arrival in the Bronx, my grandmother moved into an apartment that, today, appears to be mourning the ’70s. The couches, off-white, are protected against stain by layers of thick blanket. The coffee table, marble, is fashionably stumpy, which renders it useless as a footrest or art-book display. The lamps are a bit too geometric, the artwork—predominately Kandinsky and Chagall—is too chaotic, colorful. Under what condition does an object evolve into an artifact? When has a life outlived its context?

When the abstract expressionist Clyfford Still died, he bequeathed the majority of his work to his wife, Patricia, with the strict instruction that his paintings were to be given to “an American city that will agree to build or assign and maintain permanent quarters exclusively for these works of art.”

Though his paintings are notoriously “non-figurative,” when I visited the Still museum in Denver, I could not help noticing the figure of a woman in one particularly abstract painting. The woman looked oddly familiar, though I assume I was projecting, similar to the way a forest, when navigated, is not merely a cluster of trees but a visceral landscape, where a cast of anthropomorphized passions interact with each other as in a devised play. I have never known how to vocalize experiences such as these, what echoes to chart in the mouth of a museum.

I bet that, if painted in earth tones, a row of teeth would resemble a landscape. A successful dental technician must learn to handle a variety of materials—must learn to treat porcelain different than gold, ceramic different than plastic. Though they all require care, stewardship.

I’ve seen my grandmother laugh on several occasions, such as while she was reading a Billy Crystal memoir. Often, when I ask her how she’s feeling, she replies, “Well, you know what they say. Either you die young, or you grow old.” It’s funny how you can trace the teleology of an emotional state through one phrase, repeated. There’s generally no defeat in her voice, though I can’t always tell over the thick Romanian accent.

“Teeth are among the most distinctive (and long-lasting) features of mammal species” (ScienceDaily). Humans, like other mammals, develop two sets of teeth over their lifetimes. When a tooth has been damaged or destroyed, restoration of the missing structure can be accomplished through various methods: a dental technician casts a restoration—perhaps molded from porcelain (in the dining room, my grandmother has rows of porcelain sculptures that were once, or may once be, teeth)—using the lost-wax casting technique, which is the process by which a duplicate metal sculpture is formed from an original. The oldest known instance of this practice comes from the Cave of the Treasure in Israel, dating back to the 4th or 5th millennium BCE.

What is the association, if there is one, between casting a tooth and telling a story?

Our diction, so often, prevents us from navigating the divine. We experience wonder—in a canyon or city or human being—and fail so deeply to represent such a moment in words.

In essence, all oral communication is the tongue’s attempt to navigate the mouth, to probe its nooks, its weaknesses. Perhaps this is why our institutions, our churches and governments, have historically tried so hard to concretize ideology, and why, in the same vain, artists have and continue to struggle with representation.

Perhaps persecution, of all sorts, can be viewed in this light—as a response to the failure of our language, a desperate and final attempt to embody ideology into practice, to impose one’s experience of the world onto another, a wrestling for and against difference.

My grandmother fled Romania because of such a system, one that attempted to police the processes by which human beings project meaning onto their world. To romanticize her profession would be to claim that the act of molding teeth is an act of storytelling, of giving speech. With language, of course, comes responsibility.

I believe that she and my grandfather carved teeth because that is what was needed, what was practical, and I like to think that this activity, when performed for decades, can make a person more attentive, more willing to observe and to absorb.

JOSHUA KURTZ  B’17 flosses every night.