From Science to Society

A word with Michelle Nijhuis 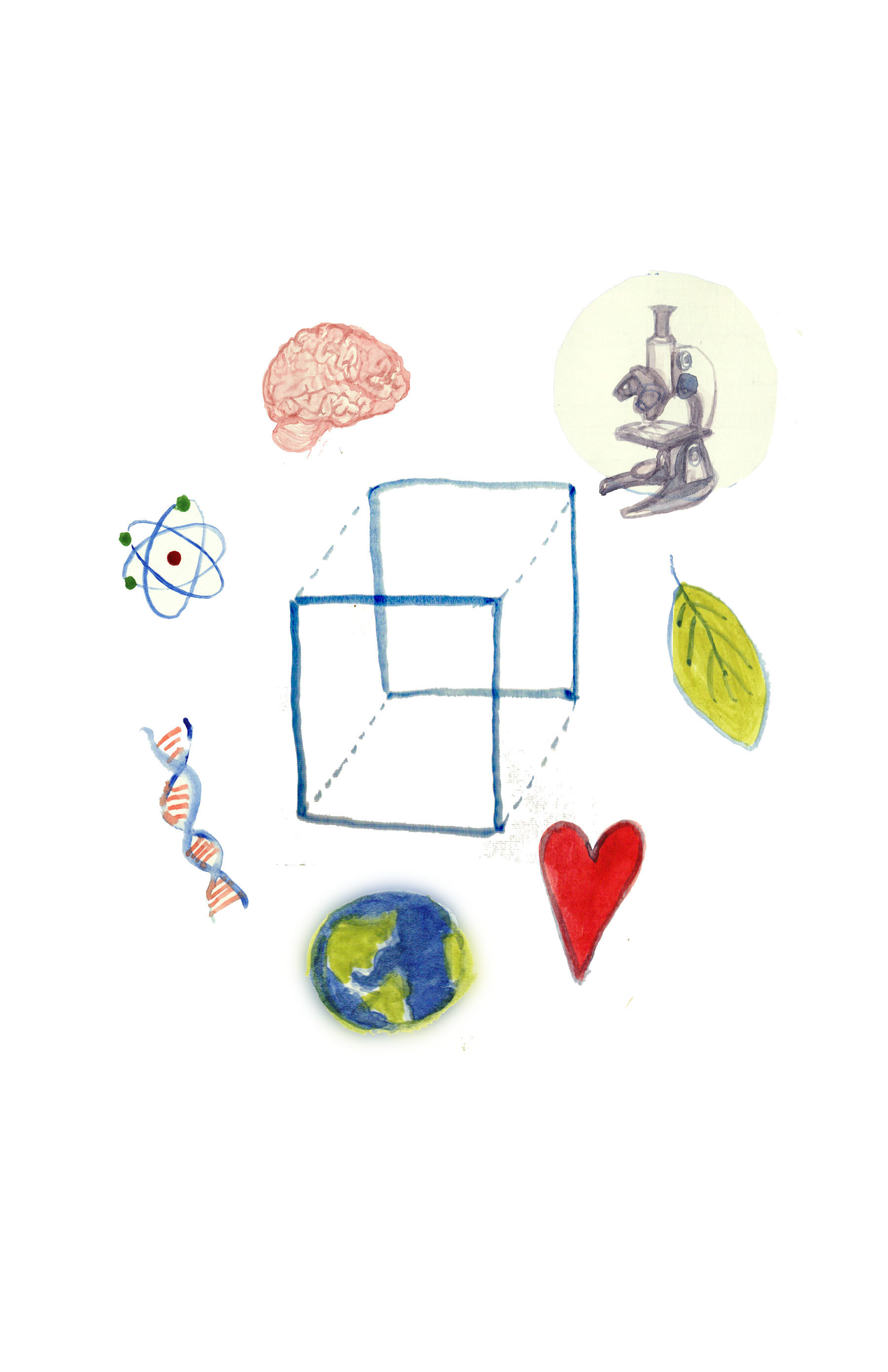 Michelle Nijhuis is an award-winning science journalist whose pieces, which have been featured in the New Yorker and National Geographic, offer access to unknown spaces and niche scientific perspectives. Her work unfolds various layers of history, diving into archeological, historic, and literary records to show us how Mary Shelley’s Frankenstein can inform responses to environmental disasters and how 700-year-old weather documentations by Japanese monks have captured the trajectory of climate change. Tuned into voices of the past and present, Nijhuis never fails to listen to the landscape, painting rich pictures of global change and describing the enormous challenges our environment faces. She has transported readers to the sunny Columbia Gorge to investigate the explosion of a train carrying crude oil, and to the canyons of Yellowstone to examine the changing role of the National Park Service. In a field of writing where it is easy to build a wall, to let jargon and scientific complexity barricade readers, Nijhuis invites us in.

This year, Nijhuis published The Science Writers’ Handbook: Everything You Need to Know to Pitch, Publish and Prosper in the Digital Age, a guidebook for writers of all backgrounds. The book, targeted at both the novice and expert writer, is a tour, reflection, and case for science writing: “no matter who you are, my goal is to help you produce considered, accurate, and compelling essays.” Nijhuis is not the only science writer who, faced with the looming challenges of climate change and its disastrous effects, is taking action to provide resources to future science writers who will continue to document a problem that has no simple solution. The mission of programs and cohorts such as the Council for the Advancement of Science Writing, the National Association of Science Writers, and MIT’s Grad Program in science writing is to expand the discipline and increase the amount of science news that reaches the public. As research continues to reveal the dramatic fraying of our ecosystems, science writing, as a field, has worked towards greater accessibility. And Nijhuis’ book is a model example of the field’s efforts to expand its audience.

Using accessible language as a point of entry, Nijhuis writes science with feeling and strong presence. From pinpointing the moment when blazing wildfires turned from friend to foe, to tackling heated disputes among conservation biologists over human impact, to debating the effectiveness of international climate negotiations, Nijhuis reports scientists, conservationists, politicians, and most importantly, wildlife’s story of climate change. In her e-mail correspondence with the College Hill Independent, Nijhuis addressed the difficulty of writing about climate change and the qualities of great science journalism.

I’ve been writing about climate change since 2003. It’s a fascinating job, one I love. But it’s always been a bit like working the crime beat in a lawless nation: no matter how diligently I or anyone else documents the problem, there are effectively no system-wide mechanisms in place to solve it—and none on the way.  —Michelle Nijuis, “Let Us Celebrate the Lack of Total Failure,” published on “Science Blog, The Last Word on Nothing”

The College Hill Independent: In one of your pieces in the New Yorker, “Are Conservationists Worried Too Much About Climate Change?” you discuss the challenges of covering climate change as news, writing that its story is “narratively impaired” because the ramifications are often multifaceted, distant, and creeping. What is your approach to addressing climate change?

The Indy: A Pew Research Center’s survey recently found that a global median of only 54% believe climate change is a very serious problem. There are many examples of this science-to-society gap, even when a plethora of convincing research is available. How do you go about convincing these non-believers who likely have had contact with some of this evidence?

MN: For a long time I think scientists, and to some extent journalists, believed that if people only had more accurate information they would change their minds—this is sometimes called the “information-deficit model.” We know now that more information alone isn’t enough—we need to understand where the people in our particular audience are coming from, and we need to speak to their concerns.

We [science writers] communicate what we’ve learned as clearly and accurately as possible, and then we move on to a new story, sometimes about the same field but sometimes about something completely different. We’re serial experts, and professional amateurs.  —“Let Us Celebrate the Lack of Total Failure”

The Indy: You just wrote a book that teaches people how to construct an effective scientific essay. How did you come to realize scientific journalism was your niche?

MN: I studied biology in college and really enjoyed it, but I think I always knew I didn’t have the intensity of focus needed to be a successful researcher myself—instead of knowing a lot about a few things, I wanted to know a little about a lot of things! Seriously, I realized I was better at seeing connections and context than I was at delving deep into a single subject, and connections and context are an essential part of science journalism.

The Indy: How essential do you think your scientific background has been to your position in the journalistic world and the work that you do?

MN: Studying biology as an undergraduate didn’t make me a scientist by any means, but it did make me more alert to all the science and conservation stories that are waiting to be told. It also introduced me to the culture of science, and I think that’s helped me build good relationships with scientists as sources—I understand their language and know something about their daily concerns.

The Indy: In your new book The Science Writers’ Handbook: Everything You Need to Know to Pitch, Publish and Prosper in the Digital Age, you describe essays as a journey. What do you believe (if anything) sets the scientist’s journey apart from others?

MN: When I was writing my guide to science essays, I realized that the scientist’s journey is very much like the essayist’s journey—which makes sense, because both the scientific method and the essay form are products of the Enlightenment. Both begin with a question, and both use observation and reflection to draw a conclusion—a conclusion that they know is tentative, and will be questioned and examined by others in turn.

The Indy: Your book advocates for using other media platforms like social media to promote one’s work. How do you ensure journalistic and scientific integrity in these untraditional media outlets?

MN: For journalists, social media is just another delivery method for our work. While it changes how and when people access and experience the work, it doesn’t—it shouldn’t, at least—change the work in any essential way. Reporters might share quotes on Twitter as they’re putting together a story, but it’s still the same story.

As science writers, we can’t just insist that people act more rationally. We have to meet them where they are, which happens to be where we are, too.  —The Science Writers’ Handbook: Everything You Need to Know to Pitch, Publish and Prosper in the Digital Age

The Indy: You are currently a freelance journalist. How does this affect what you write or who you write for?

MN: As a freelance journalist I can choose who I write for—I’m not obligated to any publication or subject. The intellectual independence is wonderful, but the downside is that I have less access to reporting resources and collaborators than staff writers do. So when I’m interested in a time or travel-intensive story, I have to convince a publication to support me or find grant funding for the project.

The Indy: You do a wonderful job weaving current scientific contentions with engaging anecdotes both historic and compositional. When writing on scientific hot topics is it ever difficult to maintain the journalistic and scientific standard of objectivity?

MN: Thanks, I’m glad to hear that! I really don’t attempt to be objective, not only because I think it’s impossible but also because it’s undesirable—even if I could write a truly “objective” account, one in which I didn’t exercise any judgment over what to cover or which information to include in the coverage, no one would want to read it. What I do aim for is fair-mindedness—of course I have my own assumptions and opinions, but like other journalists I make every effort to set those aside while reporting a story. I may draw a conclusion in the story itself, but that’s only after I’ve done my best to listen to everyone involved with a truly open mind.