Children of the night and survivors of the early aughts emo phase, take heart. Instead of sitting on your couch this halloween watching A Nightmare Before Christmas for the thirty-third time, you can enter a contest to stay in Dracula’s castle. *Nosferatu flickers lights*

Well, not exactly Dracula’s Castle. It’s actually Bran Castle, possibly the home of Bram Stoker. Or it might just be a typo. Hard to tell.

But anyway, Bram Stoker’s great grand-nephew, instead of going out and actually getting a real job, has decided to capitalize on the fantasies of his much more imaginative ancestor.

Dacre Stoker (Yes, that is his real name) will be your gracious host for the evening. The College Hill Independent cannot confirm nor deny if he will wear a billowing cape and dollar store fangs for the duration of the evening. But we do think that would be a nice touch.

The AirBnB listing promises “labyrinths of lamp-lit corridors, creepy nooks, and squeaky staircases,” as well as free range of all 57 (!) rooms. You will also be treated to a candlelight dinner in the main dining room. But that’s where the romance ends because the provided velvet-lined coffins only sleep one.

All you have to do is submit a story of 50-300 characters detailing what you would say to the Count if you were to meet him in his castle. 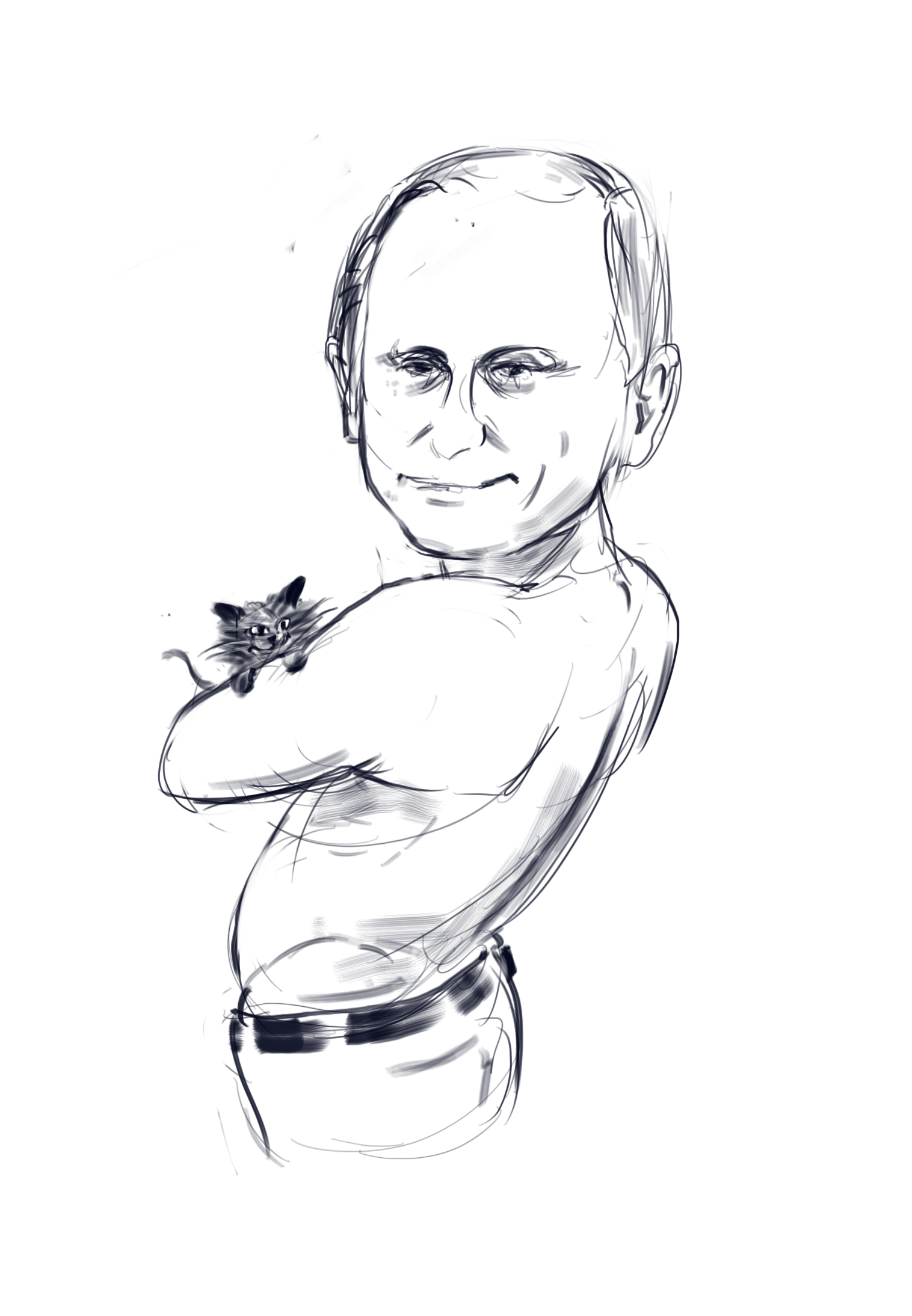 Poise and power: these are the chief values of Vladimir Putin’s official 2017 calendar released by the Russian magazine Zvezdi I Soveti (translated as Stars and Advice) this past Saturday. The calendar features 12 intimate portraits of the Russian president cruising the steppes of Russia in a photo series that demonstrates his well-toned pecs and tender peacekeeping heart.

Mashable described the photo series as “candid” while USA Today called it “not as weird as the Putin calendar that was published in 2016” (wherein Putin was famously pictured fishing topless). If 2016 Putin was busty and brash, 2017 Putin is a little more sensitive. In the calendar’s April photograph, Putin is curled in the arc of a drooping tree branch. “I spent the day walking. I walked almost nine kilometers, everything is still hurting!” reads the caption, translated by CNN. So too do our hearts! In August, the Russian leader is pictured climbing into a green tractor seated in a plentiful wheat field. “Without bread, it is impossible to live,” Putin philosophizes. “It is correct to say—bread is the staff [sic?] of life. That’s how it was, that’s how it is, and that’s how it probably will always be.”

The calendar arrives at newsstands and kiosks across the borscht bloc amidst a pivotal moment for Putin and his foreign policy agenda. Four days after the calendar was released, the Kremlin met with Ukrainian President Petro Poroshenko in Berlin in talks to build on the 2015 Minsk Agreement that reached a fragile ceasefire. Oleh Rybachuk, the former chief of staff to Ukrainian President Viktor Yushchenko, told WNYC’s The Takeaway that Putin’s negotiating position has weakened severely in the past year. “Putin was the most popular politician in the Ukraine before he annexed Crimea,” Rybachuk said. “He never expected such a heavy resistance.… He lost more special troops [in six months] than in 15 years of war in Afghanistan.”

According to Putin, “Russia is a peace-loving and self-sufficient country. We don’t need other peoples’ territories. We don’t need other peoples’ natural resources. But if we are threatened we are prepared to use weapons to guarantee our security.” No, this quote isn’t from a Kremlin press release preceding the peace negotiations, but inscribed on the back page of Putin’s 2017 calendar alongside a photo of the Russian leader in a trim grey sports jacket and Oakley(?) sunglasses.

The mainstream media has largely approached the calendar as just another quirk from the former communist state, but the College Hill Independent knows better: Putin’s 2017 calendar is political propaganda intended to both rally Russian nationalism and shore up the Kremlin’s tenuous international image in order to boost the leader’s clout at the negotiating table.

“Me and pussy liked each other instantly. I love animals and evidently they feel this too!” says Putin in the March photograph as he gently cradles a kitten to his breast. 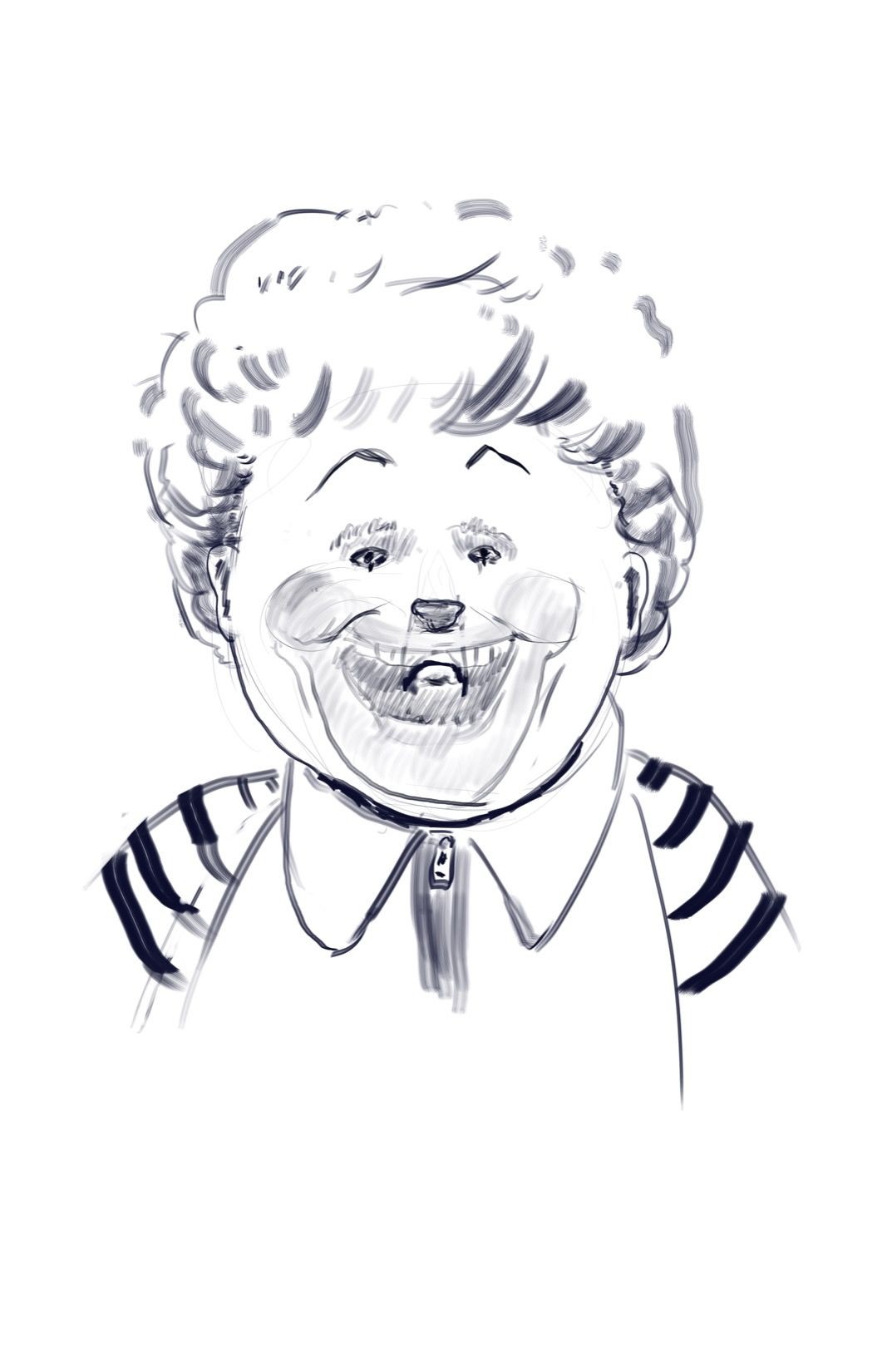 This week, a third party has stepped onto the heated stage of clown politics, highlighting the current fragmented and polarized state of the clown community. With creepy clowns fueling meme accounts across the country and some veteran clowns attempting to trend the hashtag #realclownsareaboutlove, a new, red-nosed spokesman has entered the (circus) arena to proclaim: “I’m only as creepy as I was before, like two months ago.” These are the thoughts of capitalist clowns everywhere, a cohort led by the golden arches’ own, Ronald McDonald.

The birth of the clown hysteria is debated; some cite August 1, when a clown in Wisconsin was reported walking through Green Bay with a bouquet of black balloons. Others point to May 4: when we nominated one for the highest office in our nation. Regardless, Ronald feels the clown craze has vilified him and he’s not Lovin’ it. In an emailed statement to NBC News, McDonald’s spokesperson Terri Hickey stated that “McDonald’s and franchises in local markets are mindful of the current climate around clown sightings in communities” and will be “thoughtful with respect to Ronald McDonald’s participation in community events for the time being.”

To many this news comes as a shock, considering that before the clown epidemic Ronald was an upstanding citizen; he offered free educational Ronald McDonald programs to schools, community organizations, and nonprofits. These included campaigns to “go active with Ronald McDonald” and “a friendship adventure with Ronald McDonald,” with details about Ronald’s plan to befriend your child elided. Now Ronald will spend his days cloistered behind a deep fryer, entertained only by McDonald’s schlocky October themed happy meal toys.

The hysteria that has unfolded in the past months has left the clown community split on party lines, as none of the moderate clowns have been able to sway their extremist counterparts. These divisive divisions have left clowns like Ronald McDonald with no option but to collect their unemployment benefits and desperately hope for a change of tides.

When the Indy reached out to ask how he felt about his tainted image, Ronald McDonald declined to comment, perhaps humiliated by his descent to the depraved level of his peer, the Hamburglar.