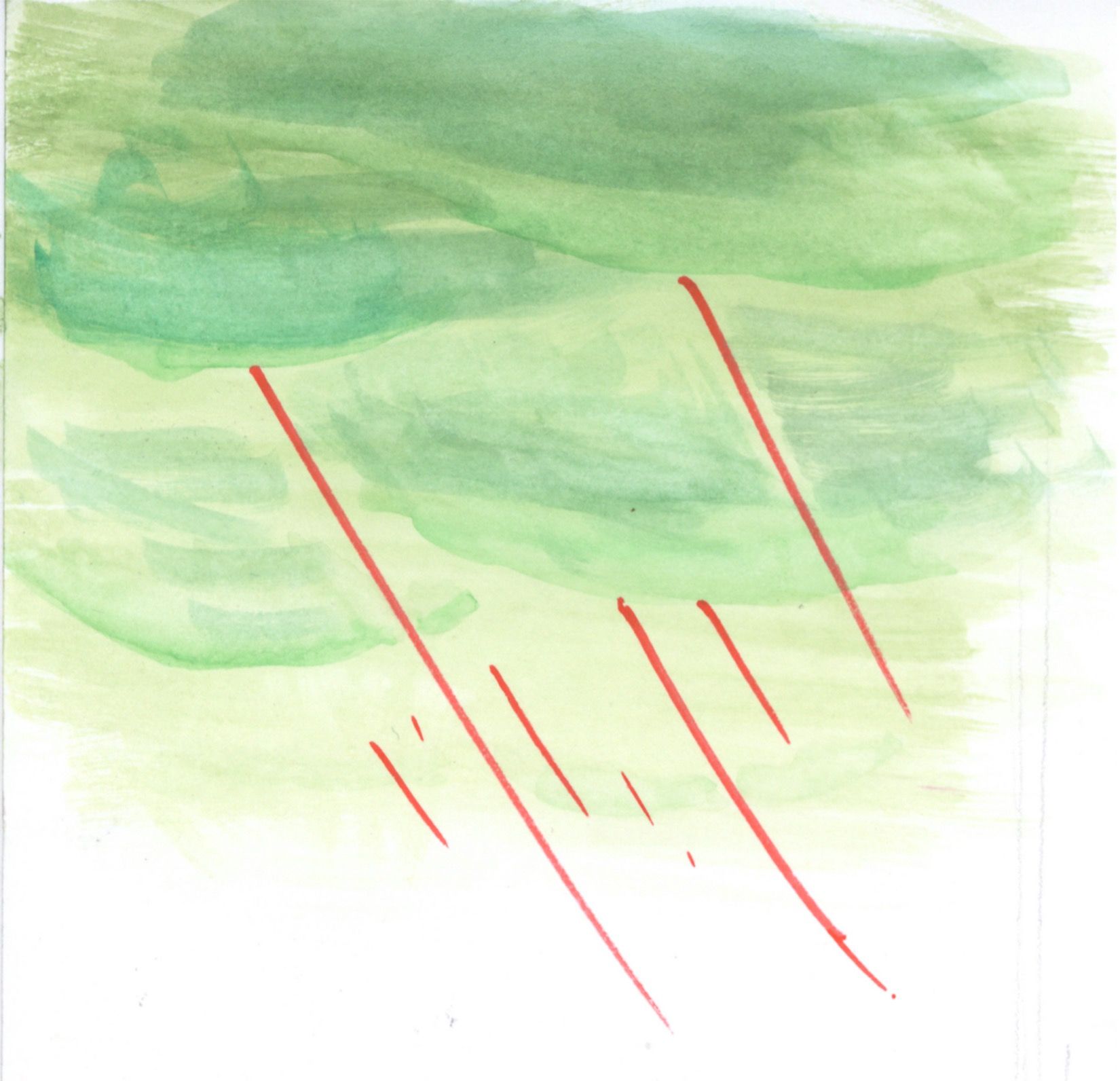 In the face of nearly ubiquitous state violence, campesinxs (rural farmers) in Perú are questioning the presence of hired police. “Están todos los días vigilando,” explains Ysidora Chaupe, daughter of environmental defender and Goldman Environmental Prize recipient Máxima Acuña de Chaupe. Footage of Ysidora’s interview is available on Portafolio Periodístico, a YouTube channel reporting on “the people of Cajamarca;” she speaks from a clinic where her mother is receiving urgent medical attention after mine security forces attacked their land, injuring Máxima in the process. The Chaupes live in the rural district of Sorochuco, department of Cajamarca, Perú, home to the largest gold mining operation in South America. Currently occupying over 500 square miles of land, the mine is run by Minera Yanacocha, a joint venture between Denver-based Newmont Mining, Peruvian company Minas Buenaventura and the International Finance Corporation. In 1994, the Chaupes purchased 66 acres of a rural area called Tragadero Grande. Minera Yanacocha initiated a dispute over that land in May 2011, when private security and Peruvian Police stormed Tragadero Grande and destroyed Máxima’s homestead. In August, they returned to beat her family and confiscate her possessions. One year later, Minera Yanacocha filed judicial claims against the Chaupes, insisting that they were squatting illegally on land allocated for the Minas Conga expansion project. The judge ruled in favor of the mine, and Máxima’s lawyer appealed. Since then, Yanacocha has built a fence through the Chaupes’ property and delegated security forces to constantly patrol and provoke. 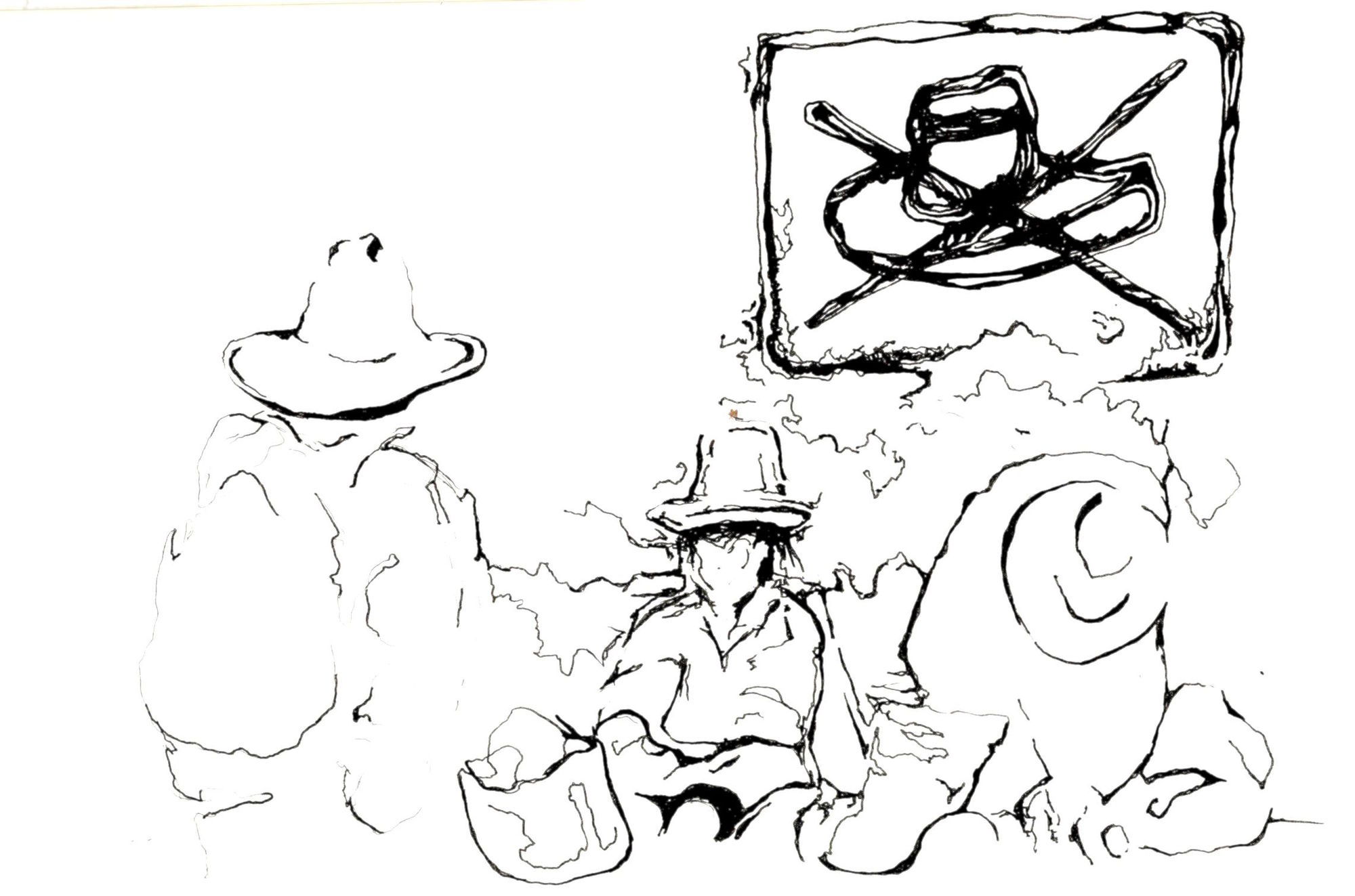 On September 18, 2016, Ysidora told international newspaper El País that as many as 60 uniformed officers, part of a private security team hired by Minera Yanacocha, had attacked her family’s property that morning. When her mother and father tried to intervene by throwing rocks at the armed men, mine security violently pushed Máxima, and gravely injured her with their riot shields. In a press release, Newmont Mining refers to the incident as a “peaceful defense of possession.” On September 19, Minera Yanacocha posted a YouTube video: “Complete video shows that there was no aggression against the Chaupe family during the possessory defense.” The footage shows shielded officers surrounding Máxima; it is not clear whether or not they make contact. After Máxima’s husband Jaime used a passerby’s phone to call for help, the couple was transported to a clinic four hours away in the city of Cajamarca. This aggression is the latest of many.

Máxima and her family are being watched—by people from their community, Yanacocha employees, Yanacocha-hired security, and Yanacocha-contracted National Police. “They want to see how many people are home, and how many can defend themselves,” says Ysidora Chaupe, speaking from the clinic in Cajamarca. If they can catch the family off guard, Minera Yanacocha and hired “law” enforcement agents will attack their property. They rip up the crops, papas y habas. “They have no right to be doing this,” Ysidora asserts. But they do have the staff, enough to monitor and harass the Chaupe family daily. “We can’t go out,” says Máxima Acuña, broadcasted from Radio Exitosa Perú. “I’m trapped in my own house.” Minera Yanacocha has set up security checkpoints on public roads throughout the district of Sorochuco. Mine security tells Máxima that her home is a zona privada—a private zone—and that she can’t pass without authorization. According to Yanacocha, her land belongs to the mine. 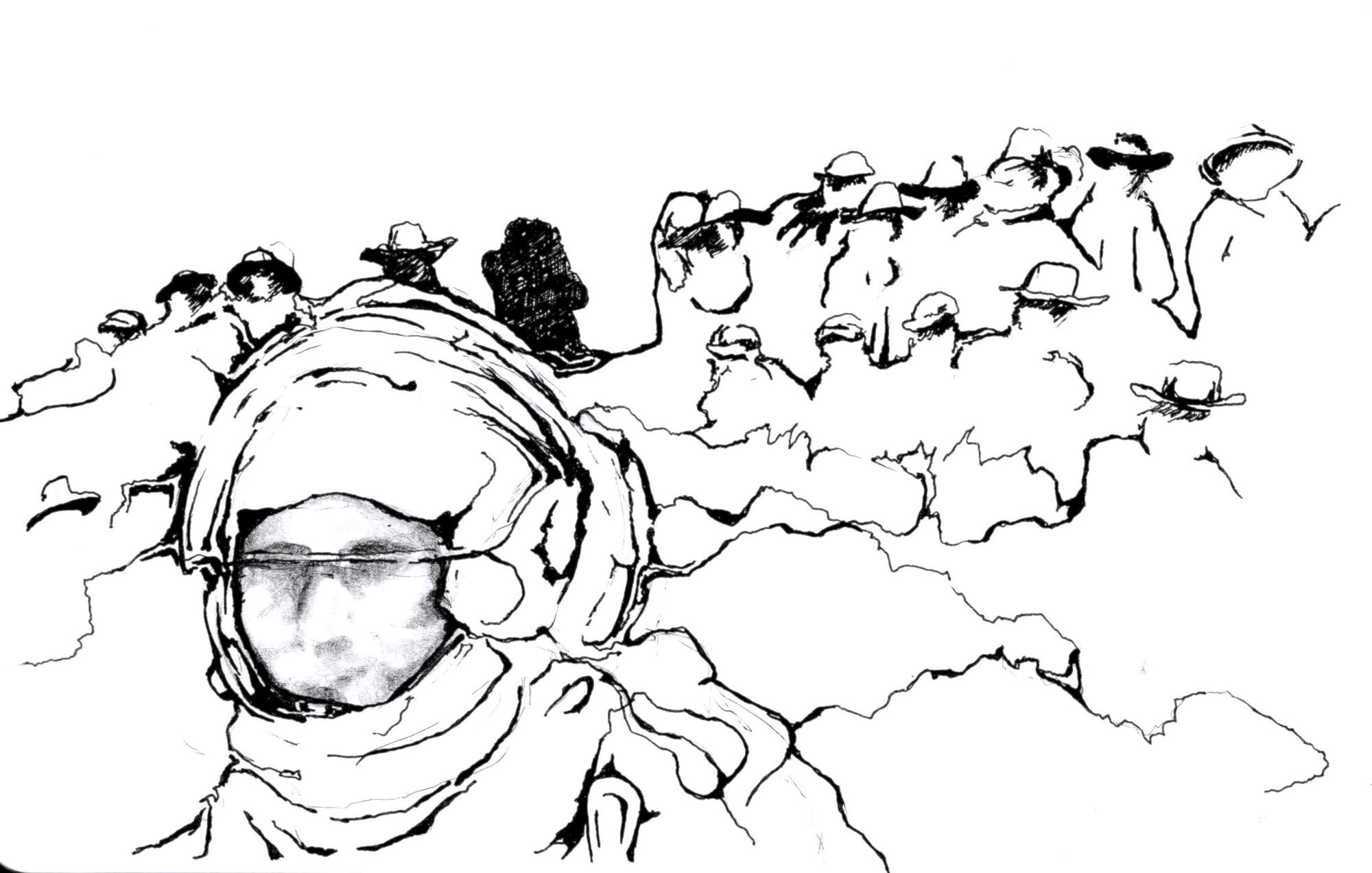 In 2014, the Peruvian Ministry of Energy and Mining (MINEM) announced that 14.8% of Peru’s territory had been designated for mining activities. The Extractive Industries Transparency Initiative reports that, for the past ten years, the extractive industries in Perú have grown at an annual rate of 5%. The president, MINEM, and Peruvian judicial officials grant extractive ventures exclusive access to massive portions of land; and the right to destroy them. But the exercise of that right is dependent upon the violation of others: namely, the human rights of campesinx communities in the operations’ areas of impact. Observatorio de Conflictos Mineros de América Latina (OCMAL), an online conflict database, has recorded 39 separate social conflicts related to the mining industry in Perú—the most of any country in Latin America.

Newmont Mining Corporation, one of the world’s most productive gold extractors, began operating in the region of Cajamarca in 1993. In July of 2011, the company approved the execution of a new expansion project, Minas Conga. According to a newsletter published by the Cajamarca regional government in opposition to the project: Conga is located in a “conservation zone” of protected wetlands, and would destroy over 84 acres of the Mala, Perol, Azul, and Chica highland lagoons; thus, the mine’s operation would threaten the water consumption of 210 communities across three districts. Nevertheless, the Peruvian government approved Minera Yanacocha’s Environmental Impact Assessment.

To protect their open pit mine sites, Newmont’s subsidiary—Minera Yanacocha—contracted the Forza Security Company, which had been founded two years earlier by retired officers of the Peruvian Armed Forces. In August of 2006, a group of campesinxs in Cajamarca formed a roadblock to protest the forced acquisition and pollution of their communally owned land, which had been granted to Minera Yanacocha for their Carachugo expansion project. Once residents successfully blocked the flow of mine employees and materials, between 75 and 200 Forza and Peruvian National Police officers attempted to remove the obstruction. A United Nations working group on the Use of Mercenaries reported on the incident in 2008: as armed men clashed with peaceful protesters, Isidro Llanos Cavaría was shot and killed by an off-duty police officer—either an employee of Forza or directly hired by Minera Yanacocha. A provincial prosecutor launched an investigation of the incident and found that Forza’s warehouse contained illegal “war ammunition,” more sophisticated than that used by the National Police.

In 2007, Switzerland’s Securitas, one of the world’s largest multinational security corporations, bought Forza. According to their website, Securitas Perú provides several sophisticated forms of mining security solutions. Through their sistema de video remoto, Securitas guards record and monitor campesinx community members, maintaining cameras pointed directly towards their homes. By installing a sistema de control de acceso, mine security checkpoints restrict local community members’ freedom of movement; Securitas guards have detained those who actively oppose their activities. Securitas Perú also provides the capacity for vigilancia especializada: in 2006, Forza contracted a surveillance team to spy on local activists who opposed the Cajamarca mines; under the name “Operación Diablo,” agents followed, recorded, wiretapped, and threatened their targets—which included environmental defenders, spiritual leaders, and Máxima’s legal representation. The Provincial Prosecutor of Cajamarca opened an investigation on behalf of those followed, but on January 25, 2007, these proceedings were closed for lack of grounds.  In 2009, the Peruvian government passed legislation allowing large-scale mining companies operating in Perú to contract both state and private police forces to protect their extractive activities and eliminate opposition. That year, Minera Yanacocha signed a convenio with the Peruvian National Police. They are contractually required to stop any action perceived to interfere with Yanacocha’s extraction procedures, which yield 471,000 ounces of gold annually.

The land has its share of defenders, who refuse to give in to police pressure. In November of 2011, 1,500 Cajamarca residents gathered at Laguna Azul, which had been designated as a waste deposit for Minas Conga. Chanting the phrase “Conga No Va,” they announced a strike in defense of life and water. The following year, environmental and human rights defenders marched from Cajamarca to Lima, Peru’s capital, demanding an end to extractive injustice. On July 3, 2012, amidst continued protest, the national government declared a state of emergency. That day and the following, National Police and military teams killed five demonstrators in the cities of Bambamarca and Celendín; many more were imprisoned. In October, hundreds of campesinxs gathered on Máxima’s land while she confronted Minera Yanacocha in court; they shouted “Agua Sí, Oro No!” (“Water Yes, Gold No”) at the police and soldiers surrounding them. “Are we expected to sacrifice our water and our land so that the Yanacocha people can take gold back to their country?” Máxima asked in 2012 New Internationalist Magazine article. “Are we supposed to sit quietly and let them poison our land and water?”

In early 2015—responding to ongoing local, national, and international pressures—the government of Cajamarca, Perú granted legal provisions “guaranteeing” the free exercise of the Chaupe family’s rights and liberties. However, according to Máxima’s lawyer, the courts of Cajamarca imposed a medida cautelar (cautionary measure) on behalf of Minera Yanacocha later that year. This measure, which has since been revoked, not only prohibited Máxima from working her land until the dispute with the mining company had been resolved in court; it also allowed Securitas and police abuses to proceed unchecked.

This year, Máxima Acuña received the Goldman Environmental Prize, the “largest award honoring grassroots environmental activists.” During her acceptance speech, she promised to “defend the land and the water, because that is life.” With those words, Máxima joins the ranks of environmental defenders everywhere: she speaks in solidarity with Berta Cáceres, a 2015 winner of the Goldman Prize who defended Honduras’ waters against the world’s largest dam builder, and who was murdered in her home this year; she speaks in solidarity with Tep Vanny, who organized Cambodian communities against “development” projects that would result in their eviction; she speaks in solidarity with the Standing Rock Sioux, who defend their sovereign rights, their lands and their water from the damage of Dakota Access Pipeline construction. On Radio Exitosa, Máxima proclaimed a communal desire to live and develop “normalmente, tranquilamente,” rejecting Newmont’s vision for imposing economic and social development. Theirs is a model based in extraction, in destroying the land’s offerings, which runs counter to the defenders’ way of life.

Aware of the human obstacles they face, extractive corporations resort to militarized police violence to “maintain order,” an order which allows them to take communities’ resources and which those communities actively oppose. Hoarding power in the form of deadly weapons and recognized authority, police intentionally inhibit defenders’ right to organize against unjust realities. In spite of the militant forces against her, Máxima told Radio Exitosa that she “will not lose morale.” She can’t. She lives through the land. And Minera Yanacocha wants to bleed the land dry. 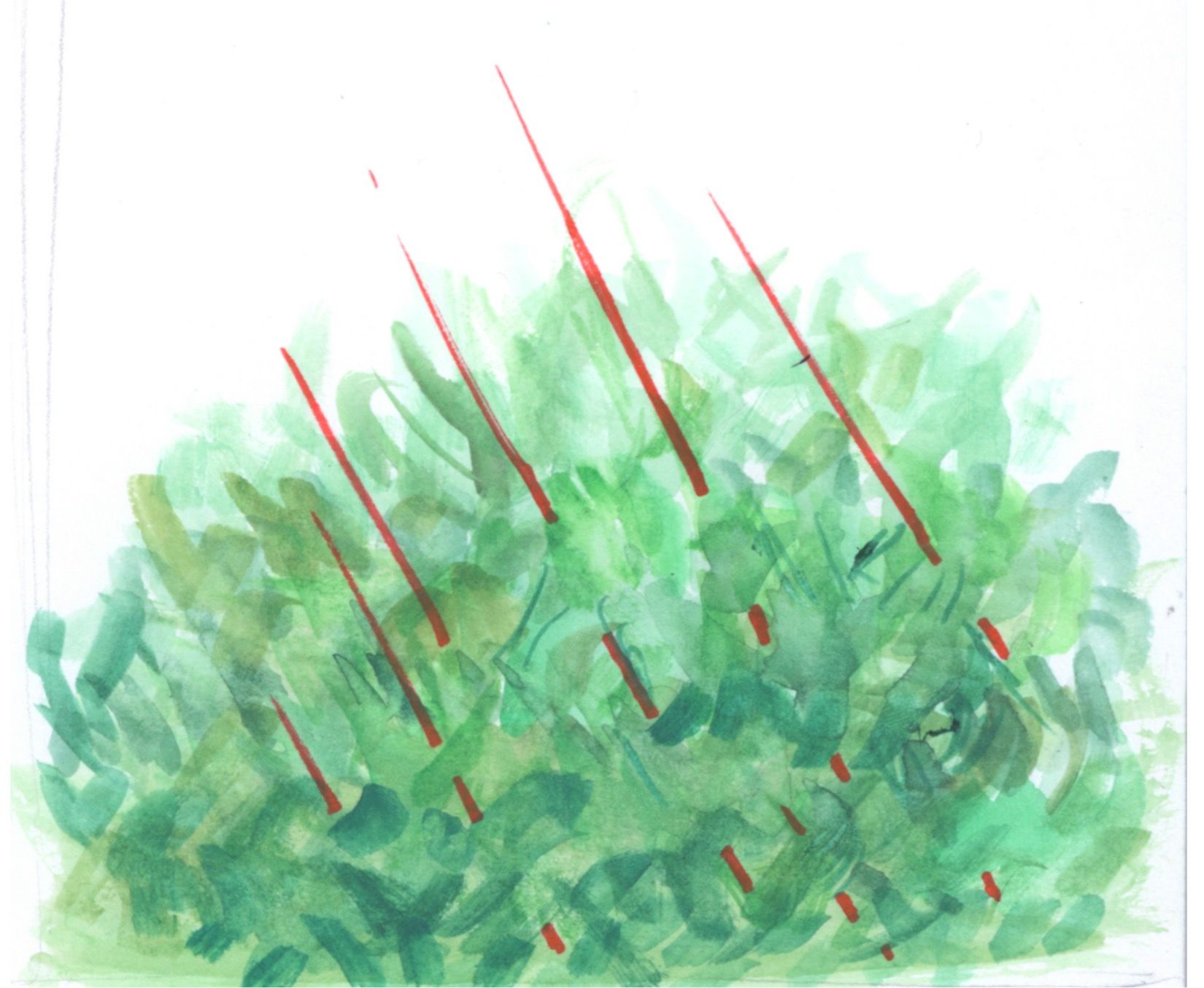