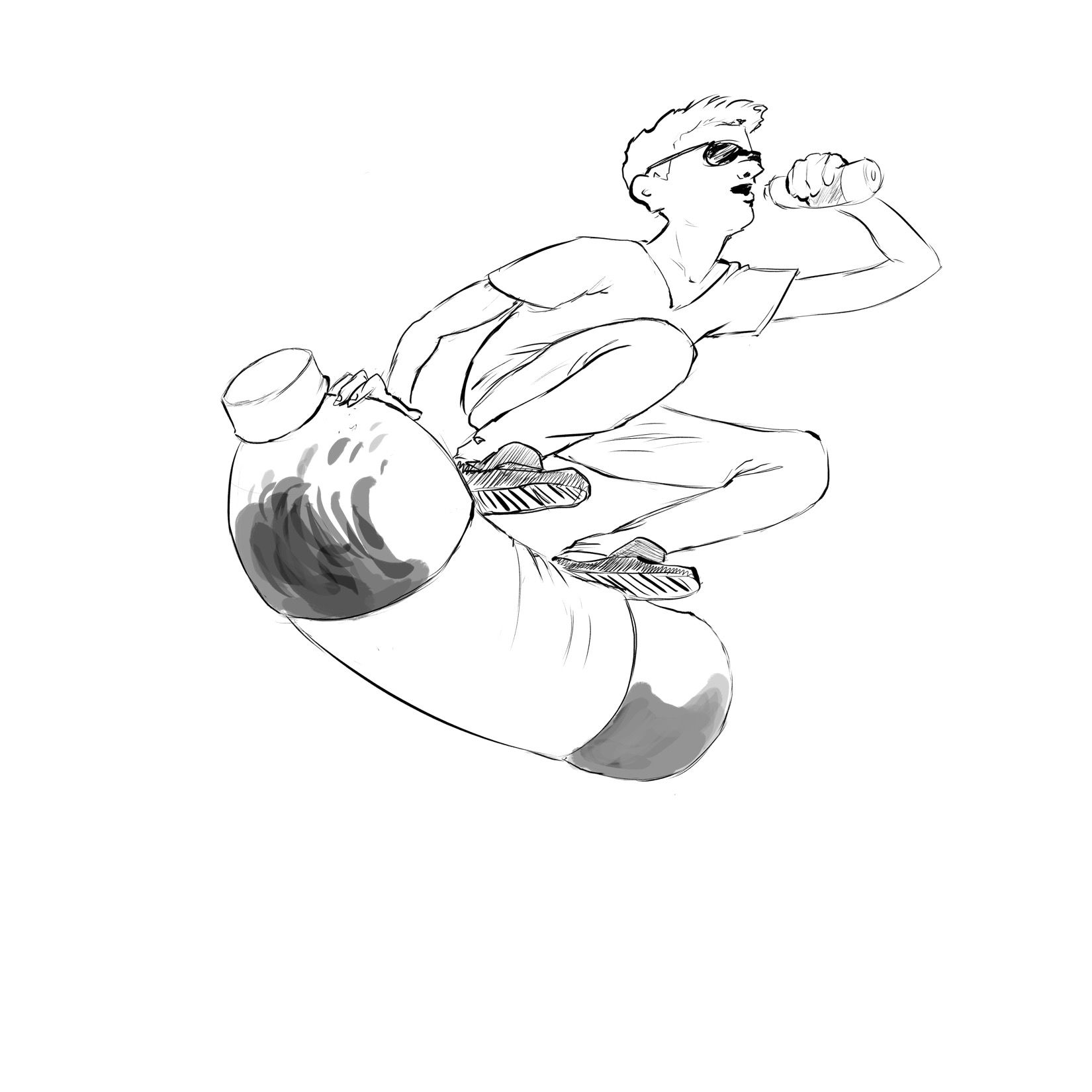 First the Jesus Christ lizard runs on water, now this? The lizards are taking over y’all.

In the most recent lizard uprising, a monitor lizard wandered onto the racetrack during a practice session at the Singapore Grand Prix this past month. With some reaching lengths of 10 feet, the monitor lizard is an unafraid creature. “There’s a giant lizard on the track,” screamed Red Bull driver Max Verstappen. Yeah that’s right, it’s on the track, and there’s no stopping it! Drivers in other races have encountered wildlife hazards in other tracks—groundhogs and foxes in Canada, deers in Austria, and cats in Azerbaijan—none are as vicious as the monitor lizard. Many species of monitor lizard, like the Komodo Dragon, are considered extremely venomous.

Though it is easy to find humor in a lizard crossing, I fear that we humans aren’t taking this seriously enough. McLaren driver Fernando Alonso posted a picture of the creature on his Twitter with the caption, “New friend in FP3.” Spanish driver Jenson Button commented on the picture, “Godzilla is in the house!” In response to Verstappen’s justified horror, his 18-year-old engineer responded, “you came face to face with Godzilla.” These godzilla references are everywhere, from Twitter, Instagram, Pinterest. But these silly allusions to the lizard’s ancestors are shoddy and trivialize the real issue at hand: this monitor lizard is an agent of the lizard people.

Yeah, you heard me. The Lizard People. It’s no secret; around 12 million Americans believe that Lizard People run our country. And I’m one of them, because I’ve seen these Lizard People in action. Plotting, eating mealworms, talking with their four-legged brethren. I once had a small leopard gecko, named Momo, who, in between shedding sessions and regrowing his tail, was heavy into recruiting individuals for his nefarious plans.  I once saw Momo hold a nonverbal conversation with my friend Joshua for five minutes. A week later, Joshua greased all of the erasers in school with Vaseline. Joshua is nefarious. Joshua is no longer my friend. I also saw Momo press his face yearningly against the glass of his cage during a George Bush speech in ‘07.

And just like Momo, this Monitor Lizard did not act alone. A 27-year-old British national, possibly named Joshua, was arrested and jailed for six weeks for breaching security fences. And while this is certainly not the first human incursion at a Grand Prix—last year in Singapore an intruder walked across the track mid-race, strolling by the fences as cars drove past—I feel that the two occurrences are not a coincidence. The Lizard Person is probably just a distraction. I’d hate to see what a monitor lizard can do with a jar of petroleum jelly...

A new widespread exercise demanding continual practice, involving dedicated attention and requiring developed hand-eye coordination has emerged from the American youth subculture. After months of play, the practice of bottle flipping has caught the attention of large national media outlets. In the wise words of one young participant interviewed by the Boston Globe, “It could be a sport. I think it should be a sport.” In an exclusive interview with the College Hill Independent, another participant disclosed: “It is a sport.”

Bottle flipping is all the rage amongst competitive tweens and teens across the country. The trend is hip as it is niche and all the more appealing to the angsty, dusty tween for its capacity to frustrate parents and create loud and sudden noises.

Beginning this summer, one mom reported finding half-filled water bottles scattered all over the floor of her house. The goal of bottle flipping is mundane: in order to excel at this new sports craze, one must flip and perfectly land a half full bottle of liquid into a vertical position.

The trend has seemingly taken over YouTube and absorbed the overwrought attention of mom blogs. It seems so familiar. This bottle flipping is successfully catching on, a viral connection tool for the youth of 2016. Just like in my teen years, when planking vacuously connected an entire generation, the plastic water bottle has finally found its place as a tool for creating generational kinship.

Bottle flipping puts everyone who chooses to participate on the same, even playing field. If you have the motivation then you have the power to triumph. Still, considering the generally widespread availability of technology to provide entertainment, it’s fascinating that today’s youths decided to go outside and tackle their boredom in such a completely tedious way. This sport will likely fall out of fashion soon, and all of those kids will wish they had spent their time on something productive and parent-approved, like using bottles as a site in which to build tiny decorative ships.

Apparently the shape of a Deer Park bottle is the best brand for the sport. Perhaps this is a marketing ploy? I’m looking at you Nestle… Either way, I wholeheartedly believe that this plot will backfire. Likely, all the new attention disposable water bottles are receiving will fuel all types of regret and end the reign of the plastic water bottle industry once and for all. Before too long, today’s kids will catch on to what’s really cool: tap water in a reusable Nalgene.