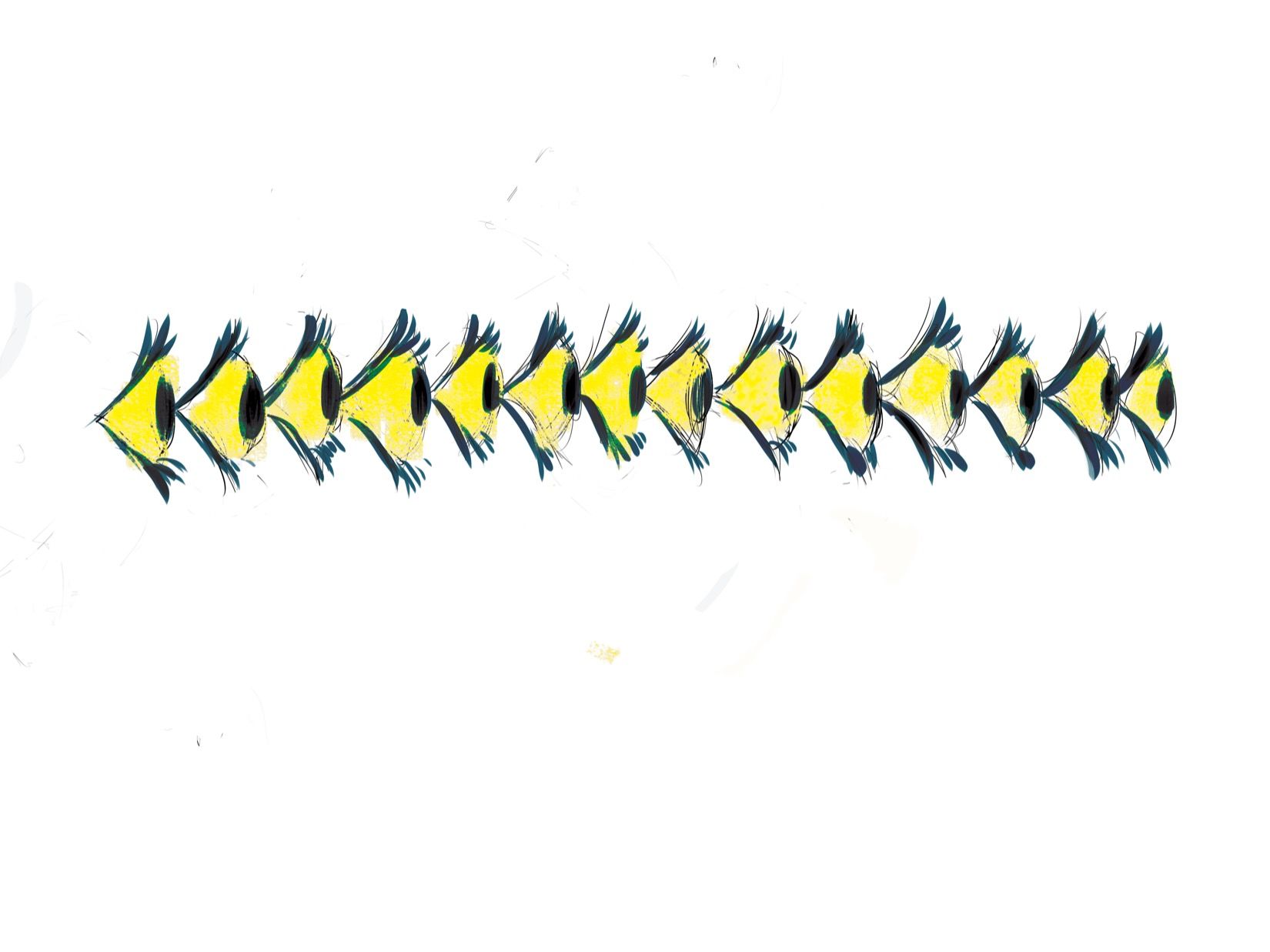 I would like to talk to you about writing. I'm a writer, even though I don't write much, but since I'm a writer, everything in my mind is filtered in terms of writing. Lately, I've been thinking about my next story. I've been thinking about it for years, even though I don't have it down. It will be about a writer, just like me, who lives in China and who is pretty deadbeat on his knees cleaning dishes and thinking about writing. He's a slim man in a jean jacket with long black hair and a mustache, he might even have some talent, but he's young so he has to go through this kind of ordeal to get anywhere, anywhere in life. So he must scrub dishes, interacting with the refuse of others, because that is what the world gives you. Some nights he lays in bed staring at the ceiling, cracked with the cheapest plaster, thinking about the shadows of the world (in those terms; he is no poet), thinking about whether he will ever accomplish anything in his life, these thoughts that will keep him up at night, many nights, while the city outside curls into itself. His nights are sleepless, his co-workers see that, and even though the Boss doesn't give him jackshit for wages, he still asks our writer what's the matter. Nothing. There is a kind of beauty in this suffering, the writer thinks in his simplest thoughts, and says nothing to the Boss, whom he resents. The common life is his enemy. Yes. Somewhere in his young life he had made that distinction and chose the harder, tangled path, which he regrets yet adores. China is built on these stories, these little spots of thorns that together make up walls and cities. The writer says to his co-workers, "I care nothing for China," and they all secretly hate him.

In the city where he lives, there are stilts under the buildings, and on warm days the clouds fill the sky with heavy warning and the rains eat up whatever is excess. Even men. Some months, it is always raining, and our writer falls into a deep slumber after nights and nights of empty wakefulness. In his dreams, he dreams of red deserts that stretch in every head turn, sands that sink with his feet ankle deep and grit into the betweens of his teeth. He walks into this desert and disappears, which doesn’t make sense but you have to realize that this is a dream, and at dusk, there appears to be blinking lights in the horizon. It is an illusion made by the tilt of the earth’s horizon and the setting sun, and it is the most beautiful thing in the world. The lights blink slow, one red, one green, as if they were factories far in the distance. The man sits on a rock sometimes, at this time, and he looks at the lights, the illusion, until it becomes night.

At night, there is nothing in the desert.

The man walks, unattached to earthly things like heat or hunger or thirst. He embraces even the occasional rains that flash into the desert like eye blinks. After the rains, the desert smells like his mother’s clean shirt, and he realizes he is never wet. He embraces the dryness more than anything, and he wills himself never to wake up, because he knows he will wake up to a wetter, grayer life, his throat bitter with longing for a more distant world.

He doesn’t know why he thinks of an astronaut. Maybe it was because he fell asleep watching a news program about the space walkers, though he no longer remembers it in the dusty, dream world of the desert. But the astronaut was somewhere else, in the small blinking cage of her shuttle. She was alone, and suddenly there is an enormous noise and then pressure on her chest, like God’s hand pushing her down. The astronaut had trained for this her entire life, but in this moment she was scared, utterly, in an inexplicable situation. The roar of being trapped in a bomb, or being the bomb itself, of defying the logics of human mind and becoming pure, ethereal force. Suddenly, it stopped, as she knew it would, but still as the astronaut opened her eyes, she remembered to breathe and regained a sense of her bodily presence. The spaceship had successfully taken off. It would take a few hours before she could radio back to headquarters, and so the astronaut waited patiently. They chose her for her patience, because she more than anyone else could wait in solitude. She became like a statue, or more like, she viewed time differently than everyone else, in still sections rather than an endless ribbon. In the cage of her ship, where all the buttons hit themselves and the ship tracked its own route, preprogrammed and independent of any human hand, patience was all that they had wanted.

For a little bit, she dared not open her eyes or look out the window. She was afraid of what she would see, though they had already shown her the photos and outlined every vastly miniscule detail. She decided to radio into the headquarters.

They also chose her because she didn’t have a family. Her parents were gone, and she didn't think she would ever have a child. She was twenty-five, and never even really dated anyone. There was Tom, whose face she could barely imagine now, so distant, except for his presence next to the fern. That was something she remembered.

The ship was now in orbit. She jotted down a few notes onto a clipboard.

Then she tied herself into the bed, which was just her seat locked into another position. She had to tie herself because if she didn’t, she would float away. She might knock into the sides and hurt her neck, or worse, hurt the equipment.

It was insane to sleep in these kinds of conditions. And so she floated on, in a dream world of half memories and half fantasies. She remembered once, when she was sixteen, she had taken out her bicycle and rode fifteen miles south from her house to the rural areas. She had a backpack with a sleeping bag and food and a water bag. When she got to the edges of the rural land, she hid her bike and hiked to a clearing she mapped out, where she set up her sleeping bag and waited for it to get dark.

She had done this to see the stars that night. There were no stars where she lived, none at all, hidden by the opaque glare of suburban lights, their mark. She had left without telling anyone, not even her mother, actually, maybe she had said she was going to a sleepover. But she biked fifteen miles and slept alone in the night to see the stars.

The astronaut felt the warm embrace of sleep, but before she fell into its grace, she remembered some other memory. This one troubled her. Some woman’s face, devoid of all features, jeered into hers. A voice came out, like thunder unknitting on the plains, “They only picked you because you’re barely human. If you die, nobody cares and they don’t even feel bad.”

“And you will die out there, alone.”

Even as she drifted away, the astronaut hesitated in her breath, though it was just a brief pause. The ship rotated in its orbit, though without gravity, the astronaut was not disturbed. A minute or so passed, a steady sound of sleep vibrated in the silence.

Nobody lived in the city, though much of it remained intact. The citizens left long ago, maybe as long as time folded into decades or centuries. All that was left were the shells of a long lost war. The war was lost, the people were lost. That is how it is with these things. Curious enough though, no vegetation grew where the shells landed. The earth has a way of remembering, even if people forget.

The city was a fairly large one, and it laid next to a river that froze in the winter. Most of the buildings were made of stone, and the builders of the city were good builders, so the walls still held up. The walls are always the last things standing, even for buildings made by lesser craftsmen. Because the walls held up, and the roofs held up, the things left behind by the citizens were still preserved. Toys, clothes, pans all waited in dust for a returning hand. The books on the shelves were intact, the pages thinning and becoming fragile to the touch, but the words were still there in their boldest ink. One can be sure that they were filled with all sorts of beautiful and fantastical stories, half dreams and half realities, merging until there was no clear divide. The books of the city were waiting for readers, though no one could remembered the language anymore. Maybe an archeologist could crack the code of the dead city's language, though that is dangerous for all these books of life and unlife.

Yes, sure he'll find out that the citizens all ate rice that was imported from far away and families would sit together at the solstices to watch the stars. He'll find out that the citizens of the dead city loved to touch cats and most of them had black hair. Yet so much of the lives in the stories were made up, and who knows what the archeologist might think. Certainly, the citizens of the city never had celebrations for the Summer Dragon, as one story deliberately said, and there was never any maiden who saved her suitor from plunging into the river, as another story suggested. Perhaps the archeologist would think the citizens worshipped cats and drowned children in rivers when it rained, though those were all just dreams of some fanatic who could write. But even then, those falsities, those half unrealities, were written down into pages, stuffed into shelves and forgotten when the war broke out. They were all that was left. They are truths, if not realities, not descriptions. The archeologist, in his late-night studies of the books, and the crowds who read the subsequent publications of these findings, would be able to piece together the dreams and the realities, halved as they are, to create pictures of people. If not whole portraits, then maybe half portraits, half people, to find how their shadows fell on the pavement, or the smell of a strand of hair from a young girl, the sound of laughter ricocheting through an empty corridor.

In the empty city, filled with stories of long-deceased citizens, this is the best we can hope for. The bodies have long decayed, the memories have fallen into the ground, when the wind whistles through the broken windows, the stories are all that are left of the writers.