The future of 111 Westminster, PayPal, and RI subsidies 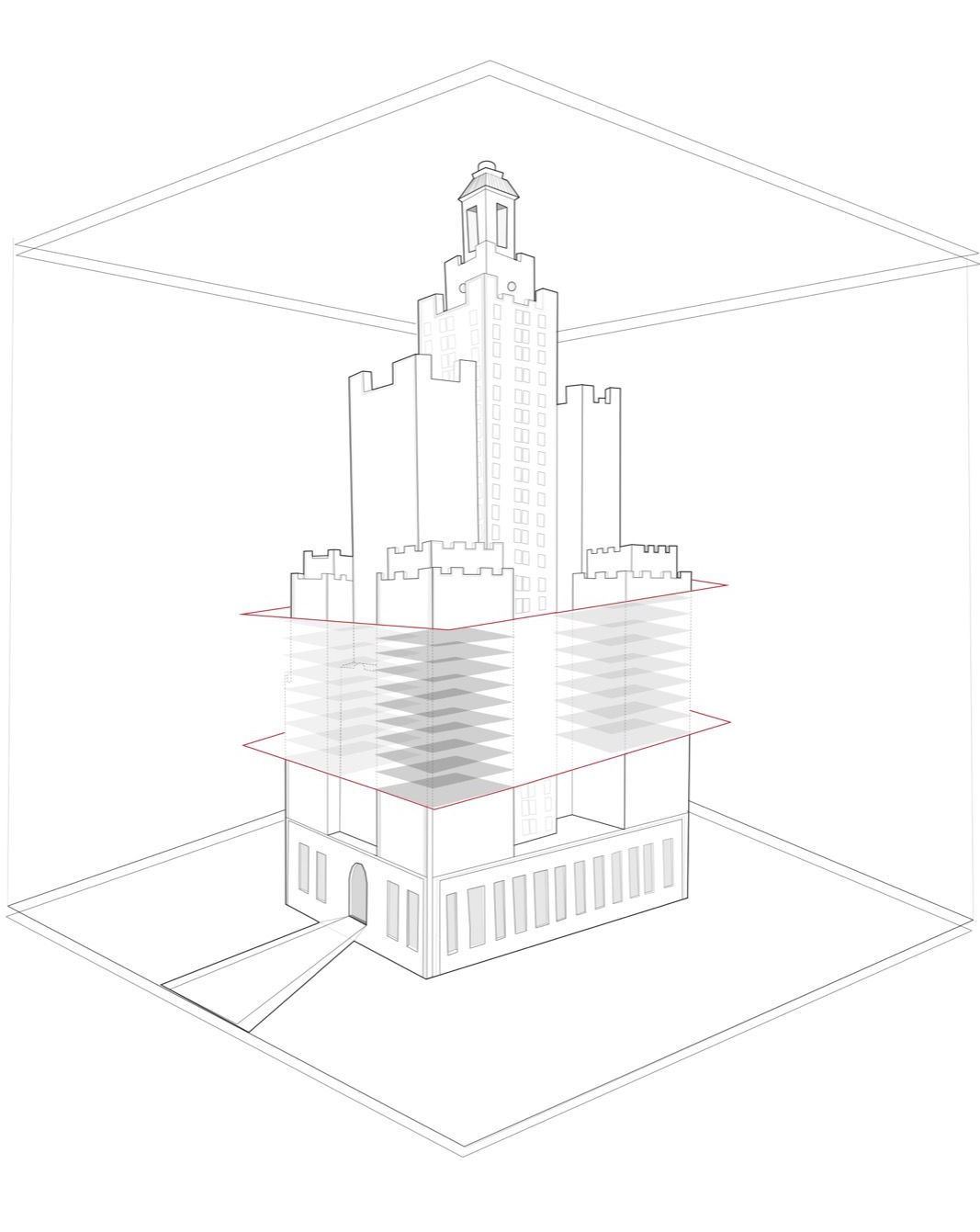 A steel frame—tethered 50 feet underground—and granite base form the foundation for Providence’s iconic historical tower: the Industrial Trust Building, commonly known as the Superman building. Located at 111 Westminster, the structure gained its nickname for its resemblance to Superman’s office at The Daily Planet—though not much but its façade connects it to the comic and ’50s television show. Since its completion in 1928, the 26 floors have withstood hurricanes, Mad Men-era bank moguls, and recessions—but not without some damage. The building’s seven-tons-worth of stone eagle relief art, struck by lightning in 1938 and narrowly missing a car on Arcade Street, has been removed. Today, the Superman building is approaching its fourth year of vacancy since its last occupant, Bank of America, left in 2013.

David Sweester of Massachusetts’ High Rock Development bought the building in 2008 for $33 million and has spent the past six years touting its potential as a booming commercial-residential hybrid. His plans include renovating the space to accommodate commercial business on the lower floors and luxury apartments or graduate student housing on the towering upper floors. This summer, Sweester’s dreams for the Superman building nearly became concrete when PayPal, the online payment system giant, considered establishing a 60,000-square foot customer service center in the building.

For months, Governor Gina Raimondo and other state officials have been pursuing PayPal to relocate to Providence with several other big-name tech companies, such as GE Digital and Dell. According to Paypal, the company’s operations center would bring approximately 400 customer service jobs to the city, with salaries around $50,000, based on estimates for a previous proposed operations center in North Carolina. Ultimately, Paypal decided earlier this month not to move into the Superman building. The RI Chamber of Commerce relayed that the company is instead exploring the 75 Fountain Street building, currently home to the Providence Journal. Just this past May, Citizens Bank also ended a year-long discussion about a potential move into the Superman building. Various local universities have considered using the building for student housing, but none have solid plans.

The Superman building, for all its charms, poses serious obstacles for any potential commercial tenant: the building, which boasts a 1928 boiler room, needs substantial renovation before another tenancy. High Rock has estimated the cost of the renovation at around $75 million. Sweester proposed that the state of Rhode Island contribute $39 million, the city of Providence $15 million, and the federal government support the last $12 million via federal tax credits.

Organizations including Rhode Island Progressive Democrats of America and Rhode Island Libertarians responded to the possibility of a corporate bailout with frustration. The Libertarians and Progressive Democrats each held small protests at the base of the Superman building this summer imploring the state to halt any consideration of public subsidies. These groups and other critics have cited the 38 Studios debacle as reason to distrust Sweester’s plan and public subsidies at large. In 2012, video game company 38 Studios, which promised to bring over 400 jobs to the city, declared bankruptcy after defaulting on a $75 million state bond, leaving the 76,000 square foot 1 Empire Plaza vacant. Rhode Island has spent over $53 million on the company’s collapse in legal fees, investments, and losses, according to the Providence Journal.

The Progressive Democrats remarked in a press release this summer, “Spending $75 million on corporate welfare for luxury apartments is unethical. Less than 5 years ago, the state of Rhode Island gave $75 million dollars to 38 Studios. We ask that we not make that mistake again.” Critics of Sweester’s plan also argued that since High Rock is a Massachusetts developer, credits and taxes from the renovations could potentially go to MA rather than RI.

In response to the range of public contest, Gary Sasse, formerly the head of RI’s Public Expenditure Council, warned broadly to GoLocalProv that public incentives “should only be granted after a public due diligence process is completed and the cost per job is known.”

Legitimate weariness of a large state-subsidization project doesn’t change the fact that the renovations necessary to make the building usable will be very costly and will likely require government support. According to Providence Business News, currently almost 20% of commercial spaces in Providence are vacant. Prohibitively high development costs are one key cause for this widespread vacancy. According to the Providence tax assessor’s office, the value of the Superman building has already dropped from $33.2 million in 2008 to $15.4 million, dragging the price of surrounding real estate down the longer it stays vacant. For this reason, among others, organizations like the Downtown Providence Parks Conservancy and the Providence Preservation Society (PPS) have been supportive of Sweester’s plans. But PPS Executive Director Brent Runyon says that the organization has no official stance on the building’s use; it is supportive of any use deemed economically viable. PPS has placed 111 Westminster on its endangered buildings list several times, and 2016 is no exception. Runyon hopes that the building’s classification as endangered will raise its level of visibility and get the attention of policy-makers.

This summer, one of High Rock’s consulting firms recruited PPS for another visibility-increasing project: public tours that engage visitors in the history of the building and possibilities for its future. Every session sold out by mid-July, and every visitor was gifted with a pair of binoculars to witness Providence’s financial district from the highest, yet rarely accessed, view in the city.

MARIANNA McMURDOCK  B’19 thinks PVD needs renovations for the schools on the PPS endangered buildings list more than a Superman for 111 Westminster.