Drugs and Death in the Philippines 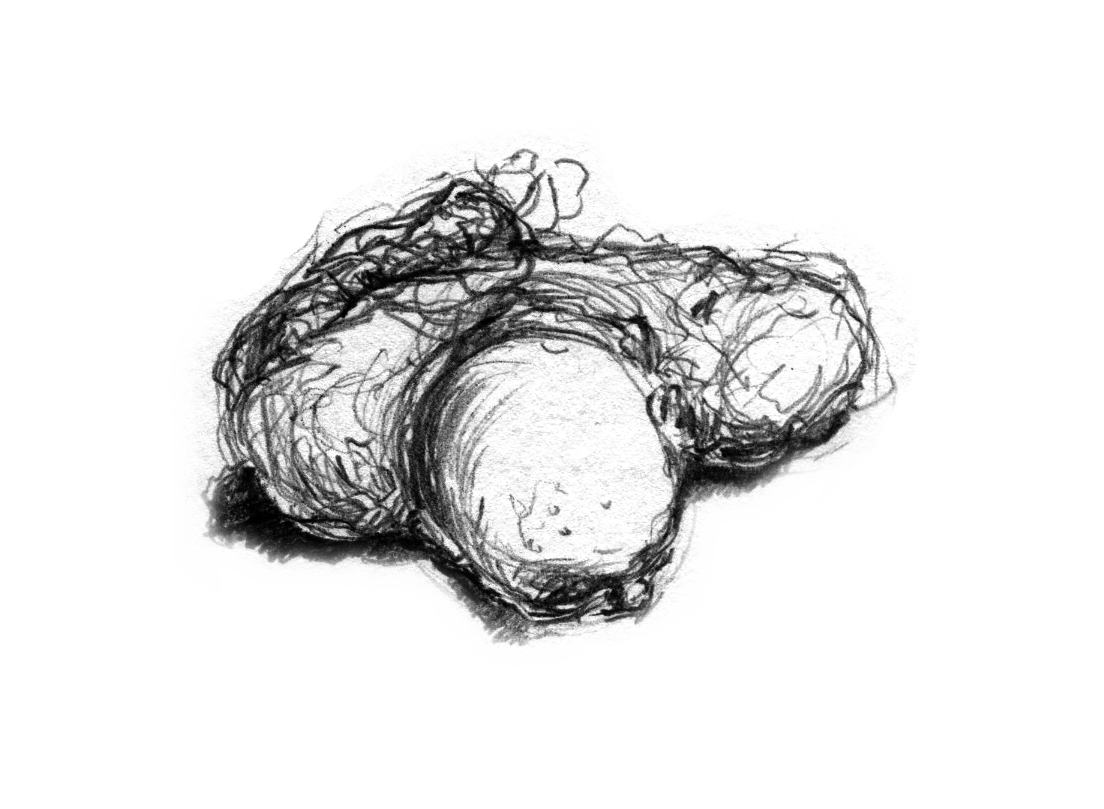 At a dinner celebrating his victory, President of the Philippines, Rodrigo Duterte, elected in May, had this to say about drug users and dealers in his country: “Please feel free to call the police, or do it yourself if you have a gun. Shoot him [a drug dealer or user] and I’ll give you a medal.” Such draconian statements underscore the severity of Duterte’s drug policy. As the mayor of Davao City on the southern Island of Mindanao, he publicly admitted his involvement in death squads that claimed the lives of more than 1,000 citizens from 1988 to 1998. Rather than minimize his correspondence with these illegal squads, Duterte used his participation as a political pledge. “If by chance that God place me there,” Duterte says on his weekly show Gikan sa Masa, Para sa Masa (From the Masses, For the Masses), “watch out because the 1,000 [people executed] will become 100,000. You will see the fish in Manila Bay getting fat. That is where I will dump you.” Since his election in May, Duterte has overseen the extrajudicial killings of over 1,400 people, 60 percent of which are the result of police operations. The rest are the responsibility of vigilante groups, also endorsed by the President. Police officers and vigilantes alike have no reason to fear lawful repercussions, as Duterte has offered to pardon them. “The President can grant pardon, conditional or absolute; or grant amnesty with the concurrence of Congress,” he said at a Fellowship Dinner at the San Beda College of Law in July. “I’ll use it. Believe me.”

Though Duterte claims that there are 3.7 million drug users in the Philippines who are also responsible for rape and theft, many news outlets put the number of drug users closer to 1.8 million. The population of the Philippines is around 100 million. Of the drugs abused by two percent of the population, shabu—methamphetamine—is the most popular. 98 percent of drug arrests made in 2015 were shabu-related. Though only a small percentage of the population of the Philippines uses shabu, information from the 2008 UN World Drug Report shows that the Philippines has the highest methamphetamine prevalence rate in the world at six percent. Nationally, the poorest regions of the country, such as Mindanao, have had the highest percentage of shabu users, though the drug is consumed by people from all socioeconomic statuses. “It is cheap,” says one Filipino local interviewed by VICE News, “very cheap. It can be afforded by ordinary people.” The Filipino drug trade is a huge industry, grossing 8.4 billion dollars annually. Many Filipino residents cite a demand for increased productivity for shabu use. In areas of poverty, shabu is seen as the go-to drug for those looking to work longer hours and make money.

Duterte seems to command the support of the people. With over 40 percent of the popular vote in May’s election, Duterte won in a landslide. Much of his support comes from citizens in barangays, or neighborhoods, around Metro Manila, an estimated 92 percent of which are affected by the use of shabu. “I cannot take it anymore,” said a local informant when asked by VICE why he had chosen to work with the Filipino police, “I want to see them in jail. I wanted them to be arrested and put in jail.”  Before Duterte, citizens saw very low rates of law enforcement for drug traffickers and peddlers, many of whom did not fear the criminal justice system. “If the death penalty should come back into our justice system,” the informant goes on, “I think [that would be] the best.” In cities where drug use is increasingly becoming an issue, many Filipinos are reassured by Duterte’s previous tenure as mayor. A city of 1.3 million people, and a prominent hub for tourism, the crime rate in Davao City fell to one of the lowest in the country as a result of Duterte’s punitive and bloodthirsty administration. “If you are doing an illegal activity in my city, if you are a criminal or part of a syndicate that preys on innocent people in the city,” he told reporters in 2009, “for as long as I am mayor, you are a legitimate target of assassination.”

Besides a rise in extrajudicial killings, Duterte’s call to arms has also triggered an alarming crisis of prison overcrowding. With the normalization of police brutality promoted by Duterte’s rhetoric, it is not arrests and detentions that have led to mass incarceration but rather the fear of assassination. Seen as the best alternative to potential murder, thousands of drug users and dealers in Philippines have chosen to surrender themselves to state authorities. By mid-August, an estimated 100,000 people had arrived in prisons voluntarily. But without available space to house all of those fearing persecution, prisons are overpopulated with harmful conditions. The Quenzon City Jail, for example, originally built for 800 people, is today housing more than 4,000 prisoners who sleep either standing or resting one above the other. To make matters worse, those imprisoned are likely to stay for many years. A historically corrupt judicial system and the current criminalizing approach to drugs make chances of a fair trial, or a trial at all, disturbingly slim. 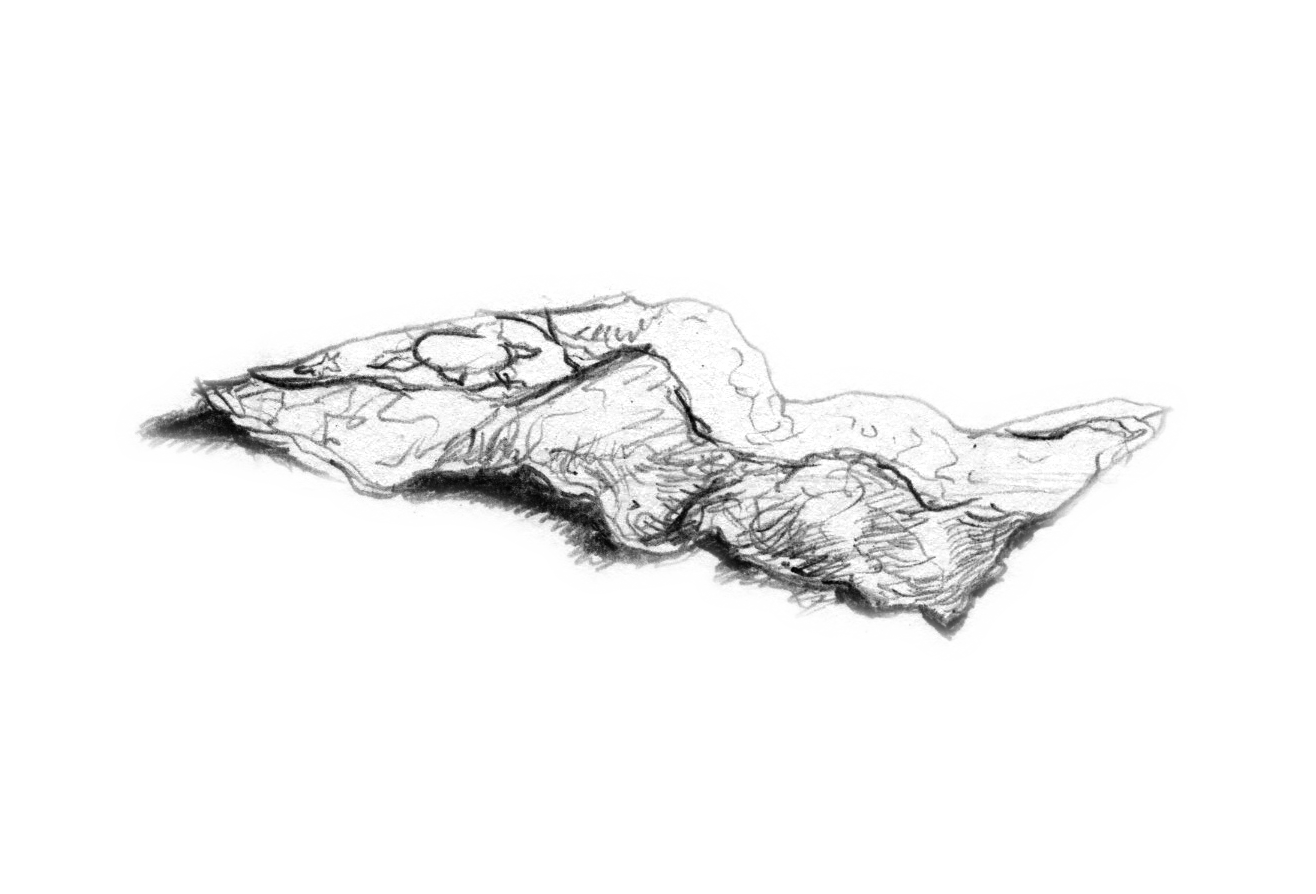 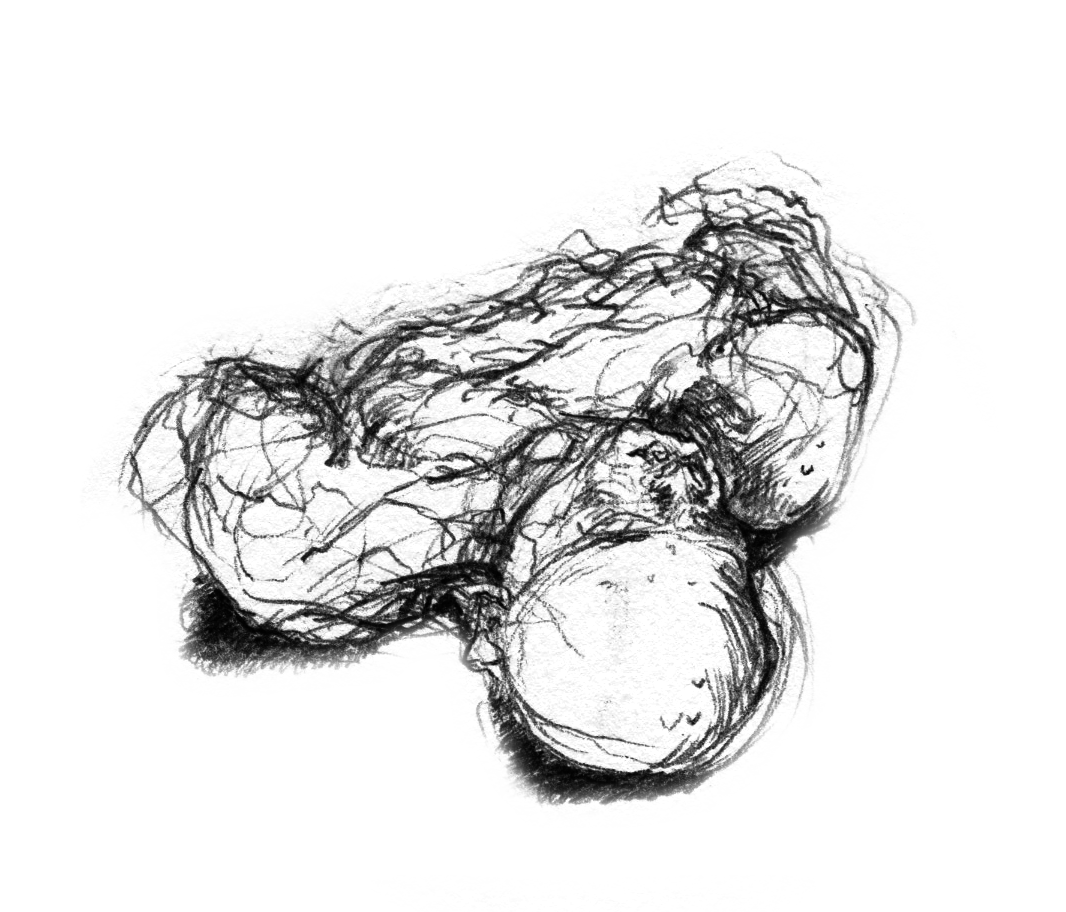 The Philippines’ drug war has striking similarities to United States’ own War on Drugs. During the presidencies of Nixon, Reagan, and Clinton, the discourse around drugs increasingly shifted from one concerning health to one concerning security, and hence drug users and dealers were cast as criminals. Famously, in 1971, Nixon declared that “America's public enemy number one was drug abuse,” coining the expression “war on drugs.” Under the Reagan administration, incarceration rates for users went up, with many being jailed for nonviolent offenses. As the Drug Policy Alliance states, the number of people behind bars for nonviolent drug offenses increased from 50,000 in 1980 to over 400,000 in 1997. The US War on Drugs was waged in urban areas—Baltimore, New York, and Los Angeles were key battlegrounds. The Clinton Administration, with a $13.2 billion budget of drug reform in 1995, spent $7.8 billion on interdiction and eradication, while only $5.4 billion was spent on education and rehabilitation programs.

Today, American attitudes toward drugs are slowly shifting. With the rise of heroin use in suburban enclaves and the decriminalization of marijuana, the American public is starting to see drug abuse as a public health issue. With drugs like shabu fueling an illegal, billion dollar, global enterprise—according to the 2015 UN World Drug Report, much of the crystalline methamphetamine in the Philippines originated in Mexico—leaders have taken drastic measures to eradicate both trafficking and use in their countries, failing to focus primarily on treatment programs for users. The Philippines, however, seems unable to take a rehabilitative approach to the growing issue, as treatment centers in the country are few and far between. “We suddenly got swamped,” said Dr. Vicente, who heads the National Center for Mental Health, to the New York Times, “It’s a crisis, but at the same time, we can take advantage of this crisis to help these people.” There are less than 50 accredited rehabilitation centers nationwide, and most are full.

The Drug War in the Philippines, in its extremely violent persecution of drug users, differs from the American Drug War, and perhaps from any other Drug War waged around the globe. Duterte’s approach is simply unprecedented: never in the four decades of the modern history of drug prohibition has the criminalization of drug users been taken to such bloody extremes. And as the number of victims begin to grow by the day, the failures of his drug policy become harder to ignore. 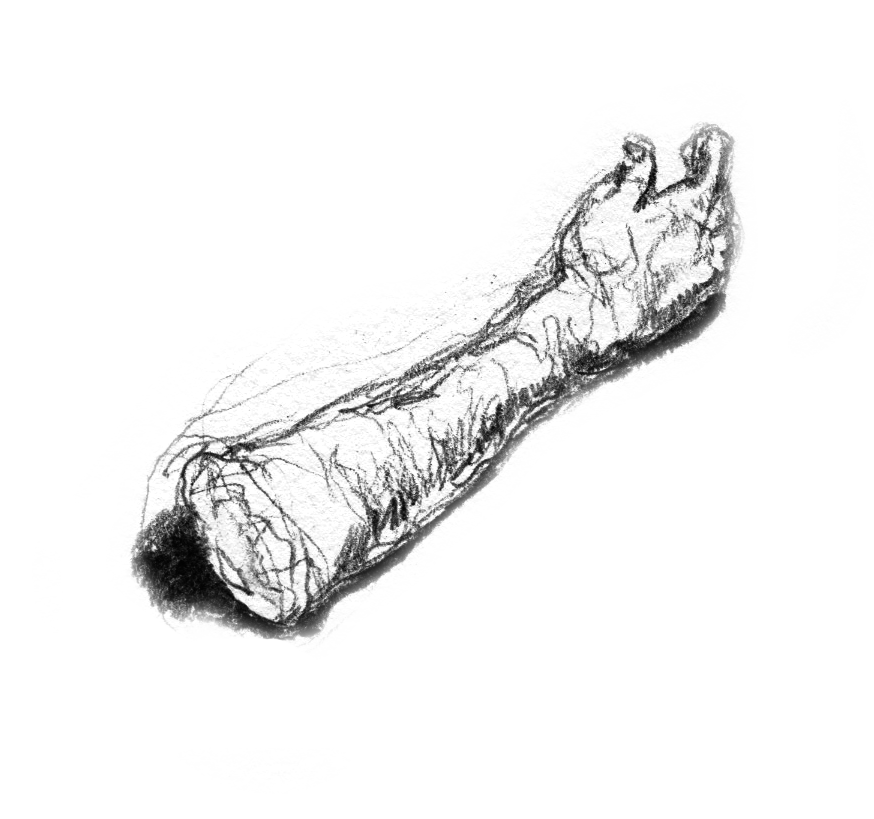 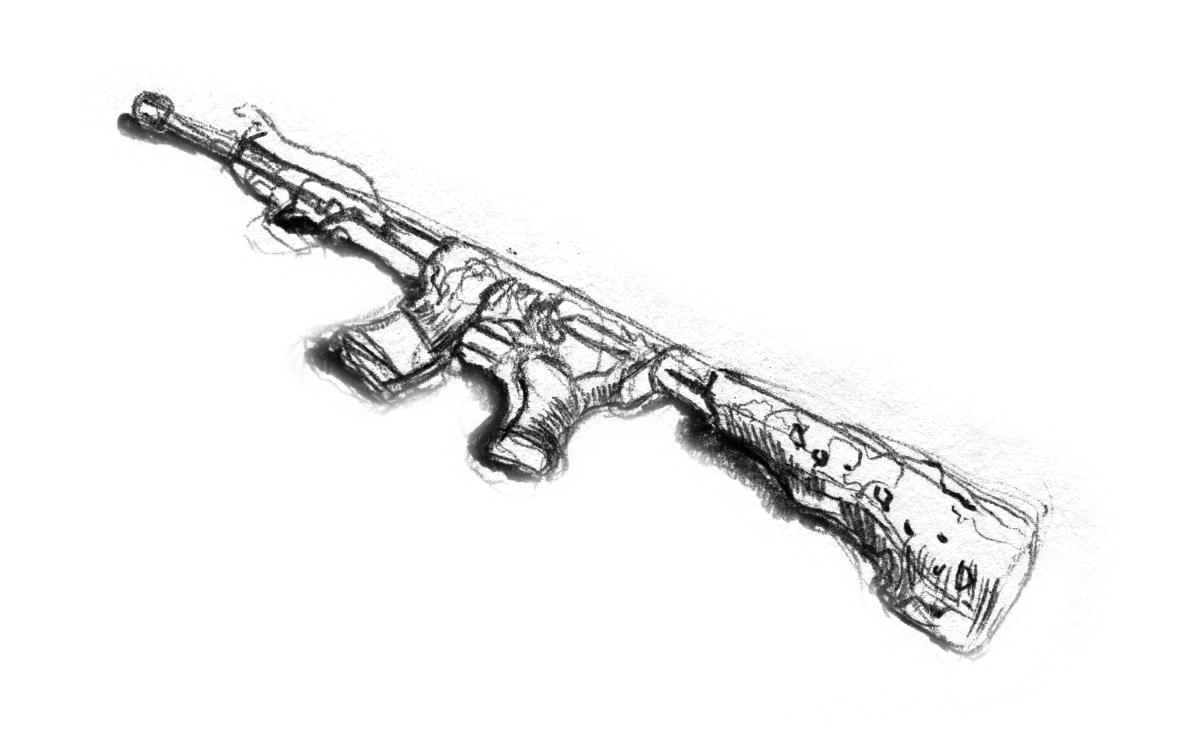 International outcry against President Duterte’s open disregard for human rights treaties and diplomacy codes has been shockingly belated. Though local and international reports of extrajudicial killings came in as early as May, at the start of Duterte’s presidency, no prominent international human rights organization addressed the events until late June. By the last day of that month, Amnesty International published a statement imploring President Duterte to “break the cycle of human rights violations,” and to “fulfill his inauguration pledge to uphold the country’s commitment to international law.” Two weeks later, on July 12, the Human Rights Watch, followed by stating that a “credible and independent inquiry into the alarming increase in police killings is urgently needed.”  The United Nations, usually the first organization to speak against these type of heinous, state-perpetrated crimes, remained silent until early August. On August 2, the International Drug Policy Consortium issued a letter, signed by over 300 nongovernmental organizations, calling the UN to take action. Only then, on August 3, did the UN Secretary General and the Director of the Office of Drugs and Crime release a statement “condemning the apparent endorsement of extrajudicial killing, which is illegal and a breach of fundamental rights and freedoms.”

Even more concerning was the lack of response from heads of state. In spite of the spiking number of deaths, no nation publicly addressed the events in the Philippines during the initial months of the killings. With the uncomfortable exception of China—which praised Duterte’s determination to tackle the country’s drug problem—silence reigned. The United States kept quiet too, even when Secretary of State John Kerry visited the Philippines’s capital, Manila, in late July. A response seemed forthcoming when President Obama scheduled a meeting with President Duterte in Laos earlier this month, but the Obama administration cancelled the event after the Philippine leader, in a dramatic tirade, insulted the US President. Overall, there remains an absence of international pressure to cease the ongoing massacre. Even if Duterte has demonstrated unwillingness to listen to the few who have criticized him, a call to action from the international community is overdue. As bodies pile up in the streets of Manila and policemen hunt drug users to their deaths, the Philippines has become the latest actor in the ongoing, international Drug War tragedy. Under the current international drug prohibition regime, people who use or deal with drugs are criminalized around the globe. It is in the global context of drug illegality that extremely punitive drug policies like those promoted by Duterte can arise locally. While the damage of the drug war is endured at the global scale, its occurrence is rarely made public in the areas of the Global South. Indeed, what we are witnessing in the Philippines today is a local manifestation of a draconian system of global prohibition, one in which we share a common responsibility. 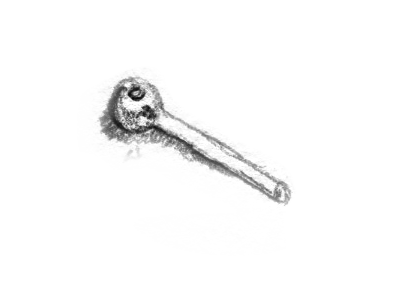 SHANE POTTS B'17 and CAMILA RUIZ SEGOVIA B’18 think that the War on Drugs is a failure.