For Money and Motherland 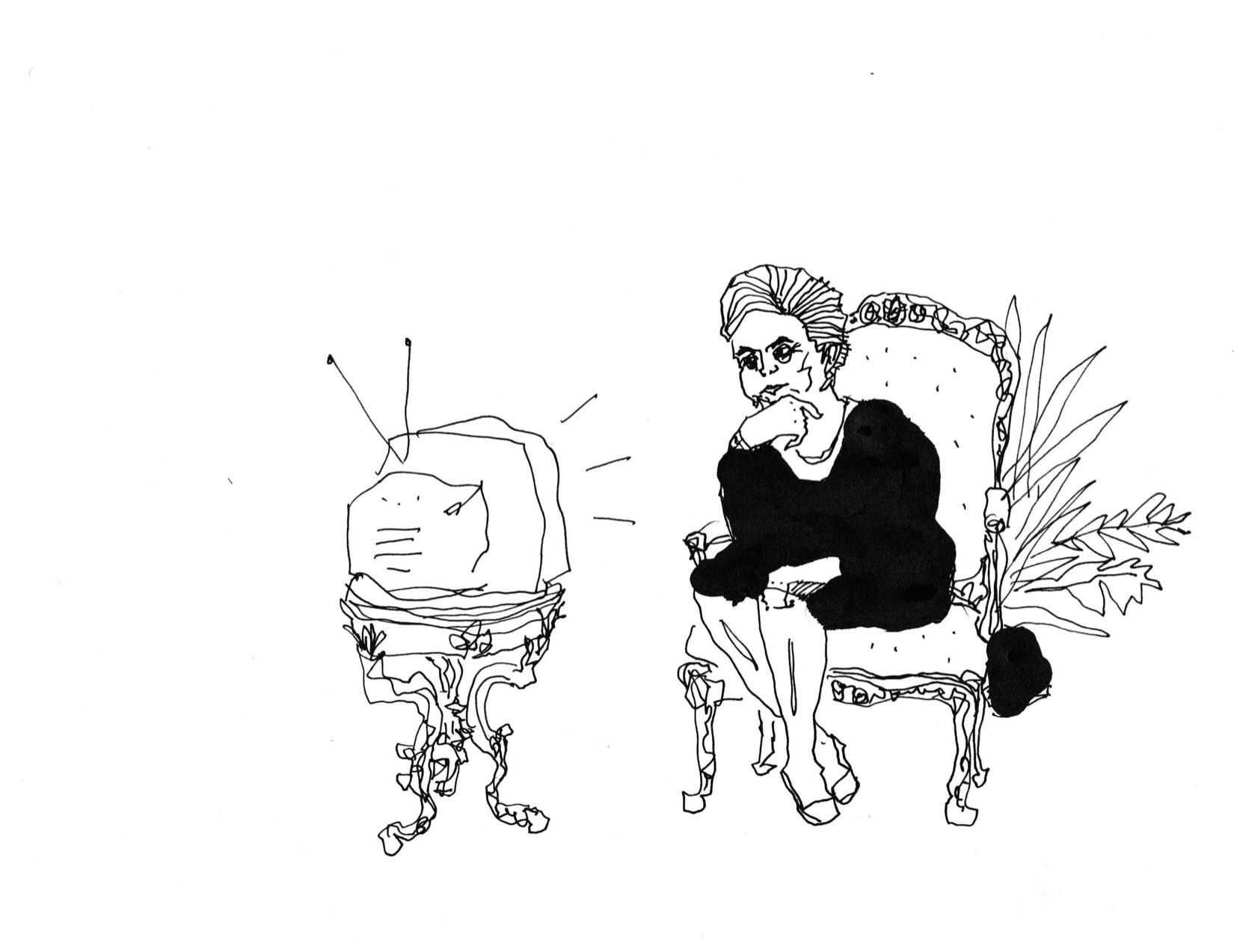 For God and my family!

For the Evangelical Nation!

Against the communism that threatens this country!

With these cries, members of the Chamber of Deputies, the lower house of Brazil’s parliament, voted on April 17 to begin an impeachment process for President Dilma Rousseff.

One by one, 367 of the lower chamber’s 513 deputies—beyond the two-thirds threshold for impeachment—gave their reasons for voting ‘Yes’ to ousting the head of state and the center-left Workers Party government she leads. The impeachment votes rolled in during a marathon legislative session, which was broadcast live across the country and on giant screens in front of immense, cheering crowds.

As the voices of deputees rang out in the chamber halls and through the plazas of Brasília, no voice caused as much of commotion as Jair Bolsonaro's. The popular far-right deputy from the state of Rio de Janeiro (and presumptive presidential candidate in the country’s 2018 elections) justified his vote with these words: “against communism, for our freedom, for the memory of Colonel Carlos Alberto Brilhante Ustra, the terror of Dilma Rousseff, I vote Yes!”

And so it happened that Colonel Ustra, the leader of an infamous political repression unit under Brazil’s old military dictatorship, came to be praised in a vote supposedly against corruption and totalitarianism. The Ustra that Bolsonaro invoked oversaw the torture of a young Dilma Rousseff, who was captured by the regime for her membership in a Marxist guerrilla group. The military man's terror didn't end there—beyond the over 500 cases of torture that took place under his watch, Ustra was also charged for the disappearance and death of at least 60 anti-government activists in Brazil's 2013 Truth Committee hearings.

At the time, Ustra justified his actions as necesary steps in the "fight for democracy against terrorism." Bolsonaro and his allies revelled in the spirit of this disourse, praising the military actions that toppled a left wing government and launched the dictatorship 42 years ago:

The political performance that took place on April 17 was just a particularly explosive episode in a story of popular unrest that arguably started back in 2013. By March of that year, Rousseff was riding a 79 percent approval rating, according to polling firm Ibope. The left-of-center Workers Party government, under the leadership of Rouseff and her predecessor Luiz Ignacio Lula da Silva, had implemented internationally celebrated social programs that were at least partially responsible for lifting millions Brazilians out of poverty. Under Lula, Brazil had won its bids to host the World Cup and Olympics, and foreign investment (particularly from China) poured into the country's commodity industries even as rich economies struggled with the aftershocks of the Great Recession.

Despite the fanfare, cracks began to appear in the lead up to the 2014 World Cup. Municipal governments hiked up public transportation prices; billions of dollars were spent on unnecessary stadiums and sports infrastructure; the commodities boom that supercharged the economy started cooling down; millions of Brazilians took to the streets in urban protests. To top it all off, the national soccer team's World Cup bid screetched to a halt after a 7-1 thrasing from the Germans.

The neo-developmentalist promise of the Workers Party began to buckle—though the worst was yet to come. As Rousseff's approval began to dip and Brazilian's post-Cup blues soured into hard-set frustration, the country was hit by the political equivalent of a meteor shower: the Petrobras Scandal.

In mid-2013, Brazilian police brought in Alberto Youssef, a money launderer who had been already been arrested nine times, on yet another money laundering charge. According to a report from Brazilian news source Globo, Youssef had a different story to share this time. Speaking to lawyers from his jail cell, Youssef claimed that the republic "would fall" if he shared the information he was privy to, the New York Times reported.

Youssef's testimony revealed the largest corruption scandal in the country’s history. He unveiled a kickback scheme in Petrobras, Brazil's massive state-owned oil company, which funelled public money into overinflated contracts for developers who used part of the windfalls to pay politicians back for the favor. Hundreds of elite business owners and politicians from all stripes were implicated. "We know that corruption is a monster," one of Youssef's lawyers told NYT, "But we never really see the monster. This was like seeing the monster.”

The ensuing quest for justice—titled Operation Car Wash, as some of the dirty money was actually laundered through such a business—has seen dozens of business owners and contractors jailed and hundreds of politicians indicted for graft, acording to Globo. Brazil's independent judiciary branch launched it just weeks after Roussef's reelection in 2014. The investigation seriously compromised her governing coalition, casting a pall over the already struggling Workers Party. It didn't help that Rousseff served as energy minister throughout the years the scheme took place, effectively in charge of monitoring Petrobras.

As if the scandal wasn't enough, Brazil's economy took a nosedive into stagflation. Now, the country is shedding jobs while struggling with rising inflation, a worrying Zika epidemic, and dire setbacks in Olympics preparations with just 100 days to go for the flame to be lit.

It's no wonder that Brazilians would want to turn over the table and through their elected leaders out of office. Ibope places the president’s current approval rating is around 10 percent—a shocking fall from the 79 percent she enjoyed just 18 months ago. In a first wave of anti-government prostests in March 2105, over one million people marched in favor of impeaching Rousseff. Brazilian pollster DataFolha recently found that 61 percent of Brazilians were in favor of impeachment.

On the night of the impeachment proceeding in Parliament, members stood to address Eduardo Cunha, Brasil's de facto equivalent to Speaker of the House, with their reasons for voting. Cunha, one of the lead proponents of Roussef's impeachment, faces charges of taking $5 million in bribes through Petrobras, according to the Guardian. Cunha's ally in the impeachment campaign, Vice Present Michel Temer, faces a similar legal predicament for his hand in shady Petrobras ethanol buying deals. According to nonprofit Transparência Brasil, 60 percent of Brazil’s current federal legislators have been convicted or are under investigation—many of these are also vocal proponents of the impeachment campaign. Rousseff, by comparison, has not been implicated in the Petrobras scandal or charged with any crimes.

The legal reasoning behind the president’s impeachment lies on shaky foundations; Rousseff is charged with manipulating government accounts to downplay the size of the federal budget deficit, a juridical misdemeanor that several Brazilian constitutional experts argue is not sufficient ground for an impeachment proceeding.

Tellingly, the charge was not mentioned by any of the 342 delegates who voted ‘Yes’ to impeach Rousseff.  The issues that were brought up—religiously conservative, tough-on-crime, anti-LGBT, pro-free market ideologies—had much more to do with the Workers Party track record so far in challenging traditionally elite political spaces in the country.

The ideological motivations under the impeachment's juridical process go beyond Parliament. At the largest of the anti-Rousseff protest before the vote, in Sao Paulo, 77 percent of the demonstrators self-identified as white, and 77 percent were university graduates, AFP's Joshua Howat Berger reports. "Nationwide, those figures are 48 percent and 13 percent, respectively."Pro-Rousseff counter-protests, Berger reports, have been noticeably less white. This makes sense. The PT's greatest successes have come in tackling inequality and poverty, so it's natural that Brazil's marginalized groups would be the least willing to give up on her. The impeachment charges currently being debated in Brazil's Congress are about completely unrelated fiscal improprieties.

Criticism for the anti-democratic nature of the impeachment process has come from way beyond the Brazilian left. Luis Almagro, Secretary General of the Organization of American States, argued in a statement that the accusations against Ms. Rousseff “are not crimes, but they are related to poor administration.” The Guardian released an editor's note decrying the dangerous precedent such a process creates in a young democracy plagued by a history of reactionary militarism. Regionally, other 'Pink Tide' left-leaning government have pledged support for Roussef and threatened to kick Brazil out of the Mercosur trading block should impeachment proceed, according to the New York Times.

The importance of international media is not lost on those waging Brazil's political battle. Tellingly, both Rousseff and her opposition recently traveled to the United States in order to legitimize their competing claims. Cancelling a trip to Paris to sign international treaties on climate regulations, the president instead made an impassioned bid at the UN, calling the attacks on her party and presidency a "coup."

Just a week prior, the the Brazilian Senate’s foreign relations committee chairman, Aloysio Nunes, of the opposition PSDB party, met privately with US government officials in DC. Nunes was on the PSDB’s 2014 election ticket as Vice President for for presidential candidate Aecio Neves, who lost to Roussef.

Despite the pro-impeachment camp's difficulty in swaying international opinion, their victory seems near. After the vote last week, the upper house of Parliament must decide if impeachment will be finalized. If two-thirds of members approve, which is seems incrasingly likely, she will be ejected from office and Temer will be president until the next election in 2018. With a new president who is directly implicated by the Petrobras scandal, it's almost foolish to expect that the investigation will continue. Conservative Brazilians may try to spin the ousting of the Workers Party as a cathartic moment of national vindication, but the rest of the world will see it as a blow to the institutions of a young and still promising democracy.

FRANCIS TORRES B'16 is young and still promising.