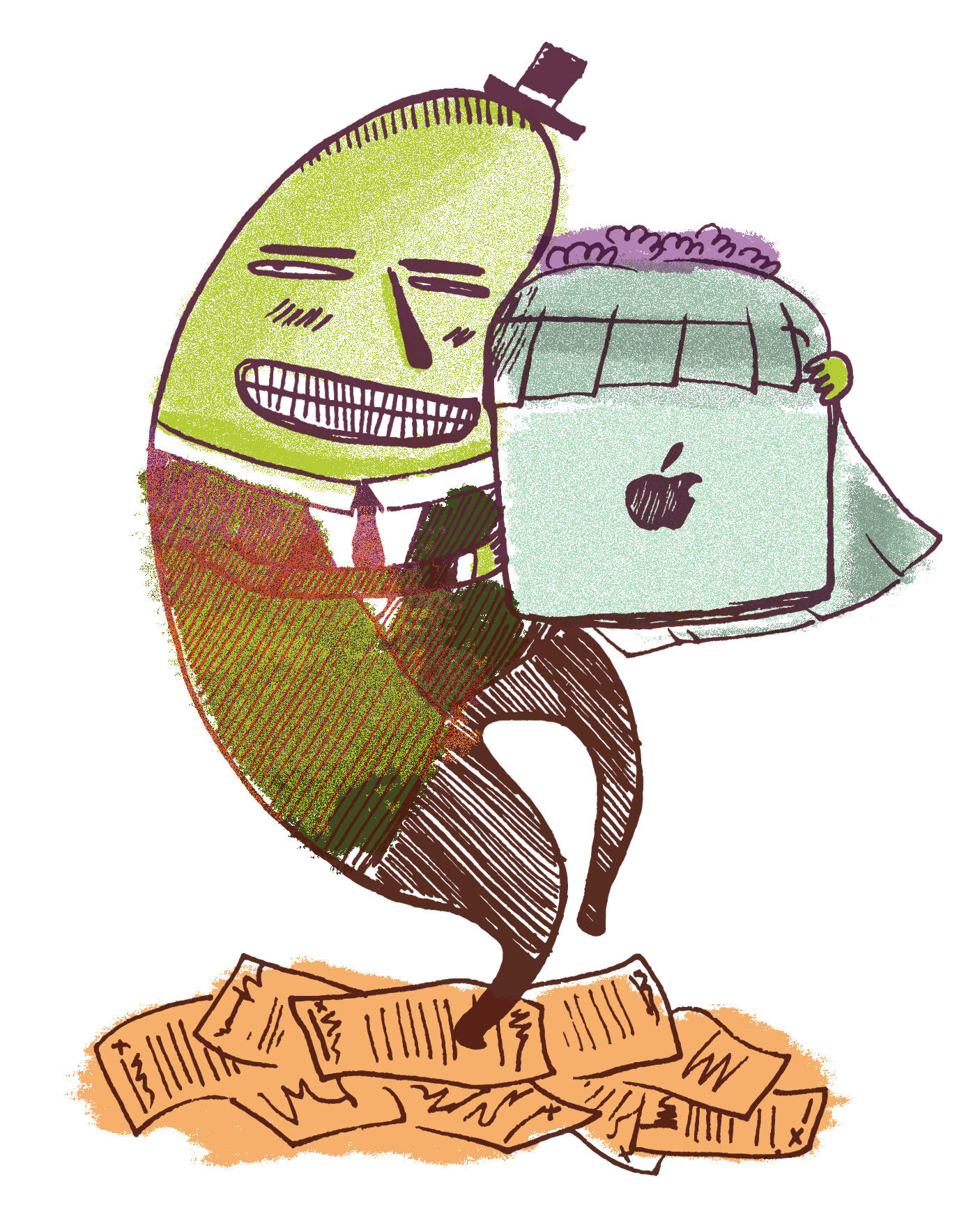 Controversy is swirling around the recent election by the Russian parliament of Tatyana Moskalkova to the position of human rights ombudsman. Moskalkova retired in 2007 after a twenty-year career in the Soviet and Russian police force. She subsequently won a parliamentary seat as a member of Just Russia, a left-leaning, pro-government party.

In Soviet times and continuing to the present day, the police in Russia have widely been seen as a source of human rights abuses. Russian police have participated in the widespread and systematic torture of persons in custody. They have been known to beat, rape, asphyxiate, and use electric shocks during interrogations. People across Russia and the world are having some difficulty supporting this radical new conception of human rights advocacy.

The criticism isn’t just coming from the usual suspects, but even from Kremlin-friendly insiders who are equally disapproving of Moskalkova’s appointment. Vladimir V. Zhirinovsky, a populist politician regarded as a mouthpiece for Kremlin policy, voiced opposition to the decision. During debates in the Duma­­—the Russian parliament—Zhirinovsky said: “Tatyana Moskalkova is a very nice person, but her work in the Soviet police and in the police under [President Boris] Yeltsin cannot make us believe that she is able and wants to defend human rights...Nowhere and nobody will nominate a former policeman to this post.”

The absurdity of the appointment is a break from the Russian government’s recent tradition of advocacy for human rights. The position of human rights ombudsman was first created in 1993, the same year that Russia issued its first government human rights report. Sergei A. Kovalyov, an outspoken political dissident who was imprisoned in a Soviet labor camp for seven years and exiled in Siberia for his views, was the first to hold the position. Subsequent human rights ombudsmen in Russia have had anti-Soviet and anti-Kremlin activist backgrounds. They have had strong democratic credentials and have used their position to draw attention to human rights violations in Russia and advocate for change. Things have undoubtedly gone sour since then. There’s no shortage of political dissidents in Russia today, but Putin has decided to fill the post with an interior ministry insider without any experience relevant to defending human rights—but plenty of experience in a police force known for abuses.

Following her appointment, Moskalkova delivered a speech at the Duma, promptly confirming suspicions about her unsuitability for the role. Moskalkova said: “Western and American bodies have come to use the issue of human rights as a tool of blackmail, abuse, threats and attempts to put the pressure on Russia.” Later in her speech, Moskalkova spoke about her intention to “defend Russian values, not just the rights of one person.” It’s unclear which rights or values she was referring to, but what’s clear is the likelihood of human rights remaining unprotected under Moskalkova’s watch.

Come Together  (or myb Comin’ Together?)

Are Republicans finally reaching across the aisle? Not quite, but they’re at least leaning forward in the pews. In a last-ditch attempt to prevent Donald Trump from accessing the requisite amount of delegates to wrap up the nomination and avoid the possibility of a contested convention, Ted Cruz and John Kasich announced Monday that they will be joining forces—though in what form, and for how long, remains unclear.

Trump, predictably, responded on Twitter, calling the alliance “desperate” and referring to his rivals as “Lyin’ Ted Cruz” and “one-for-38 Kasich.” (Trump is rapidly becoming known for his ability to assign monikers as amusing as, if slightly meaner than, those of George Bush back in the day.) Kasich resisted this characterization of the partnership: “Me? No, I’m not desperate,” he told a reporter, “Are you desperate?”—a desperate response if ever there was one.

Reading the ‘terms’ of the agreement—Kasich would cede Indiana’s primary contest to Cruz; Cruz would pull out of Oregon and New Mexico—one can’t help but think of the ready coalition-building and even readier backstabbing of Game of Thrones. Indeed, it’s a style of politics far more recognizable on the screen than in any American electoral tradition: historically speaking, this is a totally unprecedented move. The alliance also seems to be so unarticulated and tenuous (no one signed anything, as far as I can tell) that it is open to sabotage at any time. It’s a textbook prisoner’s dilemma, after all; the only question is who breaks first. Though Cruz seems like the last person anyone would trust to keep his word, I’d put my bet on Kasich, the underdog, as the first to back out. The governor of Ohio was overheard on Tuesday telling voters in Indiana that they “ought to” vote for him despite the fact that he’s not campaigning in their state. Kasich also downplayed the agreement itself, calling it “not a big deal” (he also failed to meet the deadline for the Oregon voters’ guide, meaning that uninformed voters won’t even know that he’s on the ballot there). In response, Trump blasted the two politicians’ inability to stick together, also on Twitter: “Kasich just announced that he wants the people of Indiana to vote for him. Typical politician—can’t make a deal work.” (The author of The Art of the Deal has, at other times during this race, proclaimed, “We don’t make deals.”) And after Trump won handily in all five states on Tuesday’s primaries—and Kasich outdid Cruz in of the five—the partnership seems weaker than ever: “fraying to the point of irrelevance,” as the New York Times put it.

At press time, an even unholier alliance has been announced: with nearly three months to go before the Republican National Convention, Cruz has officially chosen Carly Fiorina as his running mate. This one does have precedent: in 1976, G.O.P. God Reagan announced his VP pick significantly before the convention as well. He did not win that particular election.

‘Til Blue Screen of Death Do Us Part

This week, a Texas man filed a lawsuit against his county clerk and the state Attorney General for refusing to let him marry his computer. For the folks in the back: a man is currently trying (very hard) to marry his 2011 MacBook laptop. While this may call for a new episode of TLC’s My Strange Addiction, stranger things have probably happened. However, unlike most marriages, this would-be union was not conceived in the name of love, but rather to broadcast a hateful statement.

The plaintiff, Chris Sevier, a former lawyer who says he is now “hardcore involved in the music industry,” disagrees with the Supreme Court’s 2015 decision to legalize same-sex marriage. Sevier believes “the Constitution is being hijacked” by marriage equality—and he wants to do something about it. His plan to save America from those bad, bad gay people and their healthy, loving relationships involves filing lots of long-winded lawsuits. Sevier has already filed similar suits in Tennessee and Utah for their refusal to grant a marriage license to him and his computer, and he has plans to file in 12 additional states. Sevier hopes that his stunt will convince the courts and general public that same-sex marriages are as meaningless and perverse as his claimed affection for a laptop.

Sevier’s twisted stance is reminiscent of a statement made in 2013 by Tea Party senator Rand Paul, the man who thought “Defeat the Washington machine and unleash the American dream” was a winning presidential campaign slogan. Of the Supreme Court’s decision to strike down the Defense of Marriage Act (DOMA), Paul said: “I think it’s a conundrum. If we have no laws on this, people take it to one extension further, does it have to be humans, you know?” Amid backlash, Paul’s spokesperson quickly explained that the remark was intended as sarcasm. Three years later, under nationwide marriage equality, it appears the law is doing just fine keeping marriage human—despite one man’s best efforts.