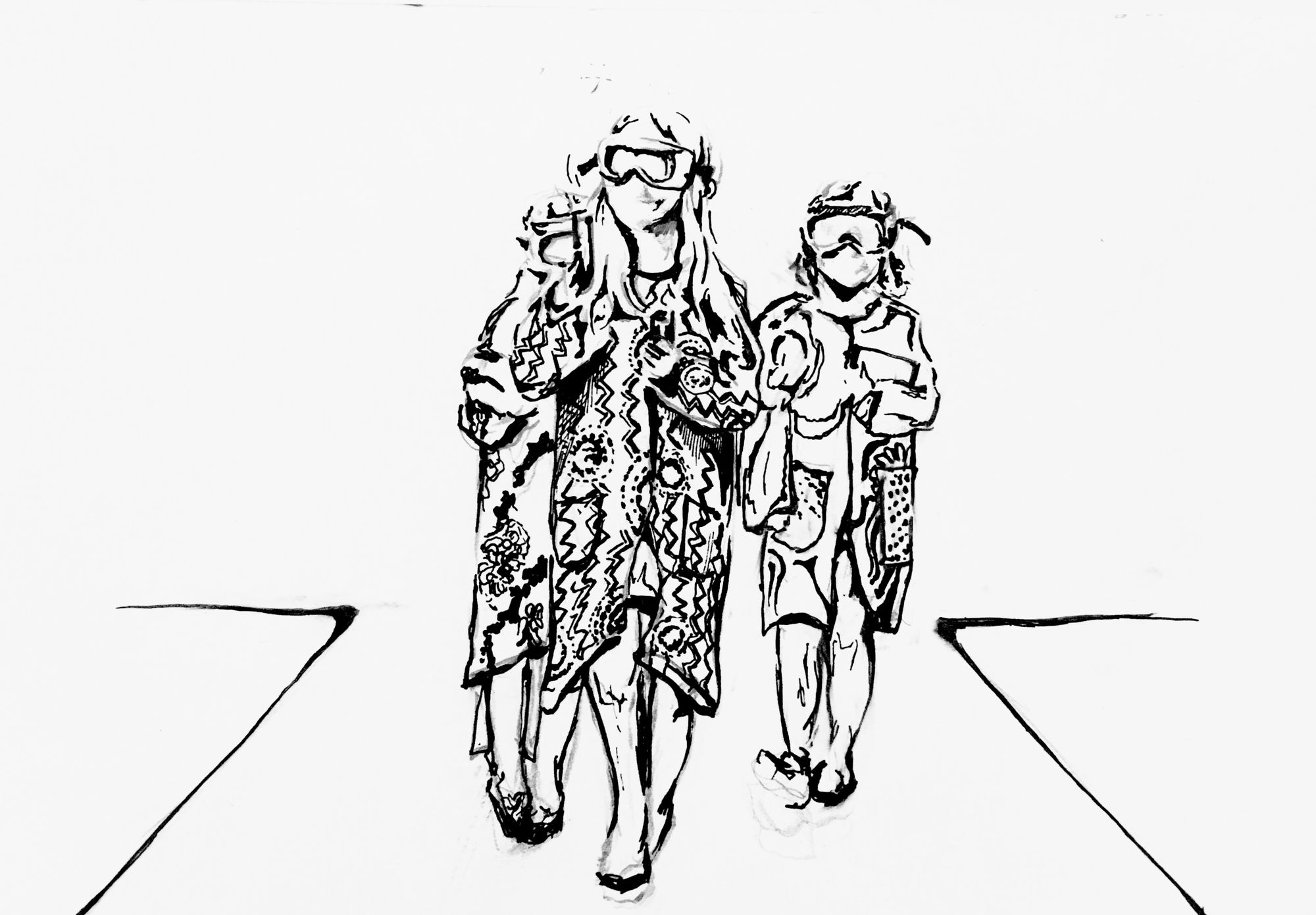 Tim Hunt, the English biochemist who won the 2001 Nobel Prize in physiology, stood in front of a room packed with the world’s brightest, most progressive female scientists and addressed his reputation as a male chauvinist. “Let me tell you about my trouble with girls… three things happen when they are in the lab…You fall in love with them, they fall in love with you and when you criticize them, they cry.” Hunt’s patronizing remarks at the 2015 World Conference of Science Journalists, hosted by the Korean Women’s Federation of Science and Technology, left both men and women, scientists and nonscientists, talking about women’s position in the scientific field. Female scientists across the globe posted pictures on Twitter of themselves at work, draped in long, white lab coats that covered their curves and large, safety masks that hid half their faces, with the ironic hashtag “distractingly sexy.”

Comments like Hunts’ may be part of the reason that, although women make up 58 percent of the overall workforce, they hold less than 25 percent of jobs in science, technology, engineering, and mathematics (STEM). The US Department of Commerce found that only one in seven engineers is female. The gross inequality that is the low number of women in STEM illustrates a greater, historic residue of sexism fixed to the under-belly of many STEM fields.

While many scientific departments are trying to woo girls into picking up a pipette, the feeling isn’t always mutual, and studies have shown that women’s disinterest is correlated to their early experiences with math and science. While girls make up 56 percent of all AP test-takers, they make up only 19 percent of AP Computer Science test takers. This trend continues into college where two percent of male freshmen list computer science as their intended major, while only 0.3 percent of females select computer science as their concentration.

Many toy companies are taking this challenge to heart, believing that it is their social responsibility to help get more girls involved in STEM. Unfortunately, many of these companies are doing so by perpetuating gender stereotypes; luring girls in with pastel colors and beauty norms. Take, for example, the Lovely Lip-Balm kit by Science Explorer, where you can learn “cool spa science.” Or maybe you’d prefer the Bubble Bath Science Lab, where you can make your own smelly concoction by mixing together essential oils; “it’s real chemistry,” the packaging promises. The Magnificent Manicure Kit will leave you with beautiful hands for lab work while the Perfume Science Kit will let you freshen up between experiments. If those don’t satisfy your complicated lady needs, you can also try the Luxury Soap Science Lab, so you’ll have “designer soap” on hand to clean yourself, or the kitchen. And if you just aren’t that into cosmetic science, well then the Stylin’ Studio by Girl Tech is just right for you. This digital camera that connects to your laptop will supposedly teach you computer skills by photoshopping pictures of yourself. Because if you can’t achieve beauty through the cosmetic science kits, you can at least fake it with this one!

Marketing the princess complex to young girls, companies have smugly convinced themselves that they are growing the next generation of scientists, when all they are doing is propagating stereotypes and creating a new sect of dumbed down, girl science. A leader in the pushback against products that stress appearance alongside ability, Melissa Atkins Wardy, founder of Pigtail Pals & Ballcap Buddies, a company attempting to redefine girly through apparel, believes that using stereotypes to sell STEM to girls is “the equivalent of covering broccoli in melted, processed cheese and thinking we’ve served a healthy meal.” Wardy argues that when we use beauty norms to sell STEM toys to girls “we fool ourselves into thinking we are amazing and progressive and raising an incredible generation of female engineers, however we continue to sell our girls short.”

It isn’t just the big brand companies that are marketing on shiny, pink platforms promising beauty. Jewelbots, founded by computer science majors Sara Chipps and Brooke Moreland, sells friendship bracelets that supposedly teach girls to code by plugging in simple equations that then “light up when a BFF is near.” Jewelbots’ science blog consists of do-it-yourself food facials, nail polish, and mason jar organizers. While there is definitely a distinction between the cosmetic science kits, which simply reinforce gender roles, and Jewelbots bracelets, which appear to impart actual knowledge to its user, it is nevertheless disheartening to see accomplished female scientists such as Chipps and Brooke market gender-specific products to the next generation after having suffered the challenges of being a woman in the field themselves.

Marketing that values beauty norms alongside intelligence certainly reinforces regressive gender roles, but is it necessary in order to intrigue our young female audience? Debbie Sterline, the CEO of Goldieblox, an engineering tool set for girls, argues yes, saying, “I don’t want to propagate gender stereotypes, but the fact is that boys and girls are different.” Sterline, who has extensively studied the playing habits of boys and girls, says that girls are more inclined to play with a purpose “rather than just building for building, girls have a tendency to prefer playing with characters, themes, and stories.” But there has been no evidence to suggest that these characters, themes, and stories have to be princess ones. Proponents of segregated markets believe gender-neutrality would eliminate choice, leaving children to play with boring grey blocks. However, removing categorizations is not synonymous with decreasing variety; in the entire Sears catalog ads from 1975, less than two percent of toys were marketed to either gender. Jess Day, a campaigner for Let Toys Be Toys, an organization dedicated to erasing gender marketing, states that the increase in gendered toys stems from the top of large corporations (as opposed to consumer preferences), whose aim is to increase demand by creating products that are less likely to be handed down from a female child to a male child.

While gendering products may be a marketing technique that aims to increase demand it has effectively convinced girls they need to play with toys that promote domesticity and passivity. Studies have found that girls and boys don’t innately gravitate towards certain products; this interest is cultivated through the flawed ways we promote gender. Lise Eliot, an associate professor of neuroscience at Chicago Medical School of Rosalind Franklin University, is the author of Pink Brain, Blue Brain, a book that analyzes cerebral differences in each sex. Eliot cites only two main distinctions in the male brain: boys are exposed to increased testosterone levels in the womb, which is linked to squirminess; and boys have a prolonged development of the frontal lobe, which is linked to impulse control and attention. Ultimately, Eliot concludes that these variations do not suggest intrinsic dissimilarities in the way boys and girls play. “The boy-girl differences are not hardwired into young children,” she says, suggesting that the divide instead stems from the way we socialize gender.

Encouraging girls to get involved in STEM can go a long way as early exposure is key in sparking interest, but we must be cautious in our approaches, being wary of turning lab coats into gowns. While some companies should be commended for their efforts to expose girls to STEM, their creations don’t disrupt the pink aisle; they assume gender stereotypes and thus reinforce the notion that all other products are specifically male, creating a very fixed and limited space for this new “girl science,” and distinguishing it from “boy science.” These companies seem most concerned with grabbing girls’ attention, but where is she to turn after she has exhausted their princess products and is ready for more complex toys? Well, the answer to that remains the boy’s aisle.

The crux of this issue is that these young women (and men) must learn to collaborate because eventually they will be studying and working in environments that are not gender segregated. What better way to ensure this partnership than by fostering it through toys that boys and girls can play with together? If we wish the STEM fields to be as open to girls as they are to boys, then the toys that we provide our future scientists with should reflect this same equality.

EVE ZELICKSON B’19 is sick of the princess complex.