Opioid Use and Overuse in Rhode Island 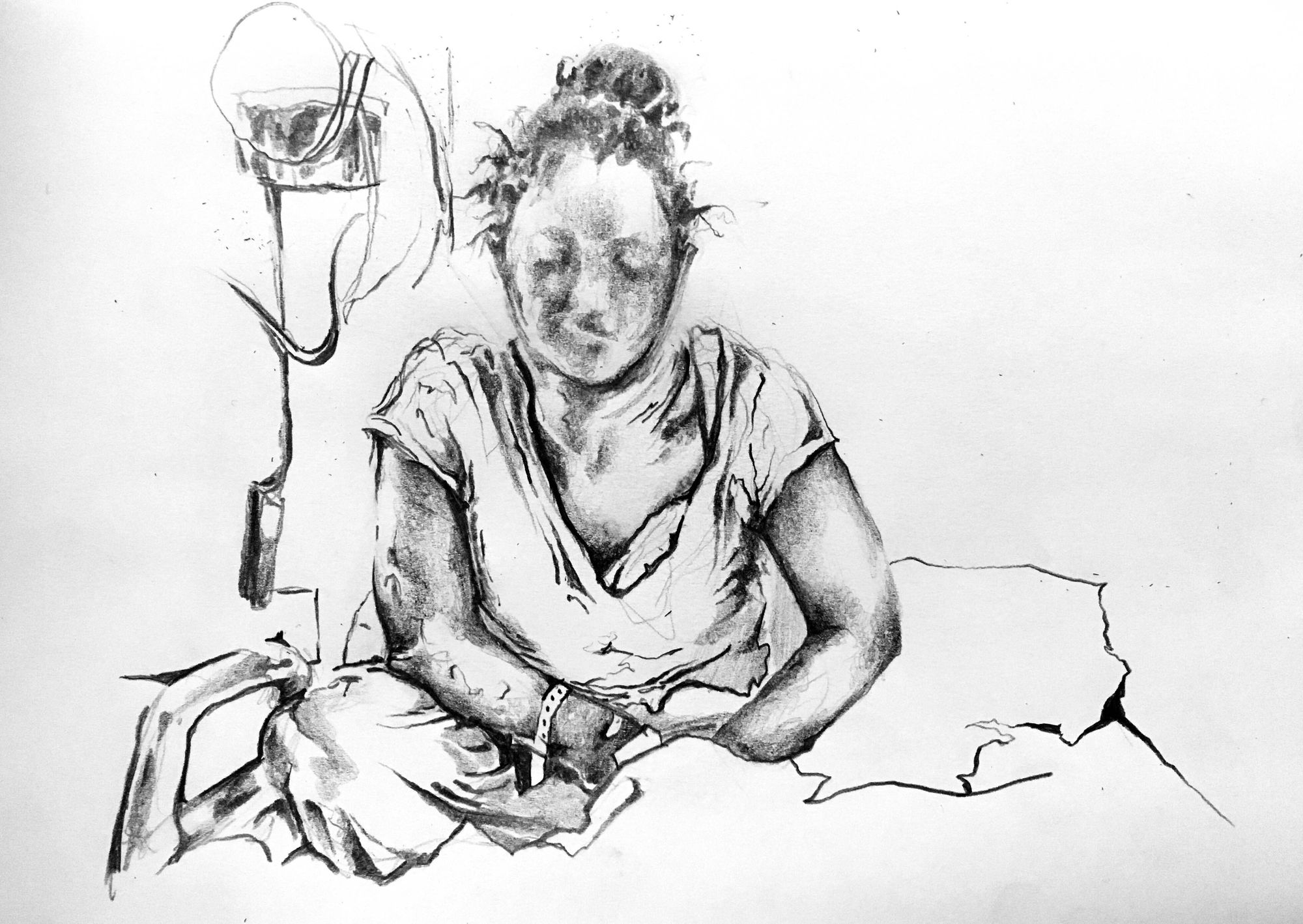 “We have a public health crisis that cannot be resolved by the criminal justice system.”

July 9, 2015: Dr. Peter Karczmar, President of the Rhode Island Medical Society, along with addiction specialists Dr. David Lewis and Dr. John Femino, sent a letter to the state’s police chiefs. Just the previous week, on July 1, Rhode Island’s Good Samaritan laws had expired. These laws prevented evidence obtained at the scene of an overdose from being used to charge someone, eliminating the worry that a revived overdose victim could be held accountable for the drugs present. In his letter, Karczmar strongly urged the police to honor the voided law. Without the Good Samaritan protections there is a strong incentive not to call for help, leading to an increased likelihood of an overdose becoming fatal.

In Rhode Island in 2014, 239 people died of accidental drug overdoses. According to the Rhode Island Strategic Plan, 90 percent of those deaths involved an opioid, and 37 percent of those involved fentanyl, a painkiller dozens of times more powerful than morphine that has recently been appearing in heroin doses, dramatically increasing both the effects of the high and the likelihood of death. Anti-overdose medication exists—Naloxone is an emergency medication capable of reversing overdoses that starts working within five minutes of being injected. It is to a potentially fatal overdose what an inhaler is to an asthma attack, and the automatic injection device it comes with is equipped with an electronic voice that reads out instructions on how to use it. Rhode Island legislature requires it to be available in all school environments, and police are trained in its administration. However, it can be prohibitively expensive when bought over the counter, and especially without insurance. And police training is for naught if someone present at an overdose does not have the confidence to dial 911 and risk felony convictions.

On January 6 of this year, the State Senate re-approved the bill, 35-1. The reinstated bill expanded the law to include others present at the scene of the overdose. Former Senator Rhonda Perry, a strong proponent of the original law, returned to witness the vote. Her son, Alexander, had died of an overdose a month prior, during the six-month interim.

Rhode Island Senator Jack Reed has introduced a bill to Congress, the Overdose Prevention Act, that addresses the growing use of opioid narcotics. “The Overdose Prevention Act emphasizes collaboration between state and federal officials and employs best practices from the medical community,” Reed stated. “And it invests in programs and treatments that have been proven effective to combat this startling national trend.

According to a CDC study, the programs and treatments that are most effective are those that increase access to overdose preventers such as Naloxone. The Overdose Prevention Act would have the US Department of Health and Human Services offer funding to entities such as public health agencies and community organizations deemed eligible to help counter the rise of overdose deaths. Each entity would accordingly use the funding to administer training on the use of Naloxone for first responders and to purchase and stock the medication. It would also re-prioritize the National Institute on Drug Abuse towards research on drug overdoses.

This comes in concert with President Obama’s plan to allocate $1.1 billion to combat heroin abuse nationally, an amount equal to federal spending on cancer research. It has become a major policy point in the current presidential election cycle, with a focus on the Democratic side being to treat addiction as an issue of public health, and on the Republican side to stymie drug trafficking from across the southern border of the country. The heroin epidemic has seen new demographics of users over the last decade, particular in young adults. 669,000 US citizens reported heroin use in 2012, significantly higher than 2007’s report of 373,000. 156,000 of those who used in 2012 had used it for the first time that year.

The Good Samaritan bill’s return in Rhode Island is a victory, to be sure, but functions as an emergency measure. It does not address the roots of heroin’s comeback in recent years.

A Vicodin or similar painkiller habit started in a hospital room all too easily follows a patient back home, and from home to the streets, where buying the pills illegally can become far too expensive a habit to maintain. But the addiction must be fed, and heroin guarantees the same high for much cheaper—at first. “Say an 80mg Oxy is like 80 bucks a pop and you can get a 1/2 gram of heroin for like $40, which will get you further than the Oxy would.” Former heroin addict Kristen S. (last name withheld) said in a 2014 interview for website Motif RI. “It’s half the price and more potent.”

An extreme habit, as tolerance to the drug builds, can cost the user $400 a day, which in turn explains the lure of dealing. Drug dealing is enormously lucrative—some dealers, according to the Providence Police Department, have grossed in the neighborhood of $20,000 daily servicing their clientele.

There were three million painkiller doses prescribed in the US this past May. Heroin addiction as a successor to prescription painkiller use could help explain why use and overdose has been occurring in new demographics of race and gender. Heroin, a drug historically used by lower-income, urban males of color, has seen a twofold rise in use by women and whites, according to a 2015 CDC study. The class gap between users has also shrunk in recent years, as older and higher-income, medically insured patients turn to the drug after being prescribed legal opioids.

The rise of heroin and opioid deaths shadows the long history of drugs and prohibition in the United States. After a string of overdoses in the early months of 2015, the town of Gloucester, Massachusetts began a new strategy to face addiction. Starting in May of that year, all addicts who turn themselves in to the police will receive amnesty and rehabilitation.

Launched through a police-run non-profit called the Police Assisted Addiction and Recovery Initiative, the measure has received deep support in the town, and across the country. Introduced by Gloucester Police Chief Leonard Campanello, the program attracted dozens of people seeking help on the first day. At this point, over a hundred former users have turned themselves in, one of every six making the trip to Gloucester from out of state.

Three more cities in Massachusetts are planning on starting similar initiatives, along with two in Illinois. This approach demonstrates what approaching addiction as a crisis of public health looks like—treating users as patients instead of criminals. The police in Gloucester absorb the cost of Naloxone for those without insurance, using money seized during raids on drug dealers, turning dollars spent on fatal addiction into life-saving resources.

My father grew up around heroin users, in 1960s Hell’s Kitchen, New York. He told me about the sick half-sleep of a smack addict, how someone high will tilt and tilt further over as they fade from consciousness but never fall down. Two months ago a friend of mine told me about administrators at her old high school finding discarded needles on the property. Between my father’s time and today, heroin has cyclically become chic. Right now, it is an epidemic with an annual death toll in the tens of thousands. The problem reached peak media presence in the recent past, but has only gotten worse as reporting has dwindled since. “We’ve been fighting it for 50 years,” Chief Campanello said. “The only thing that has happened is heroin has become cheaper and more people are dying.”

“The war on drugs is over. And we lost.” The attention received by the success of Gloucester’s program and the presidential policies around heroin can and ought to reinforce the message of Dr. Karczmar’s letter. Addiction is an issue of public health, and on the individual level, of mental health. To treat it as such, to turn the war into a medical mission, is to respect the complexity of addiction as a crossroads of biology and society.

MARCELO RIVERA-FIGUEROA B’18 was prescribed Vicodin after his wisdom teeth extraction.