Regime Change and Renewal in Myanmar 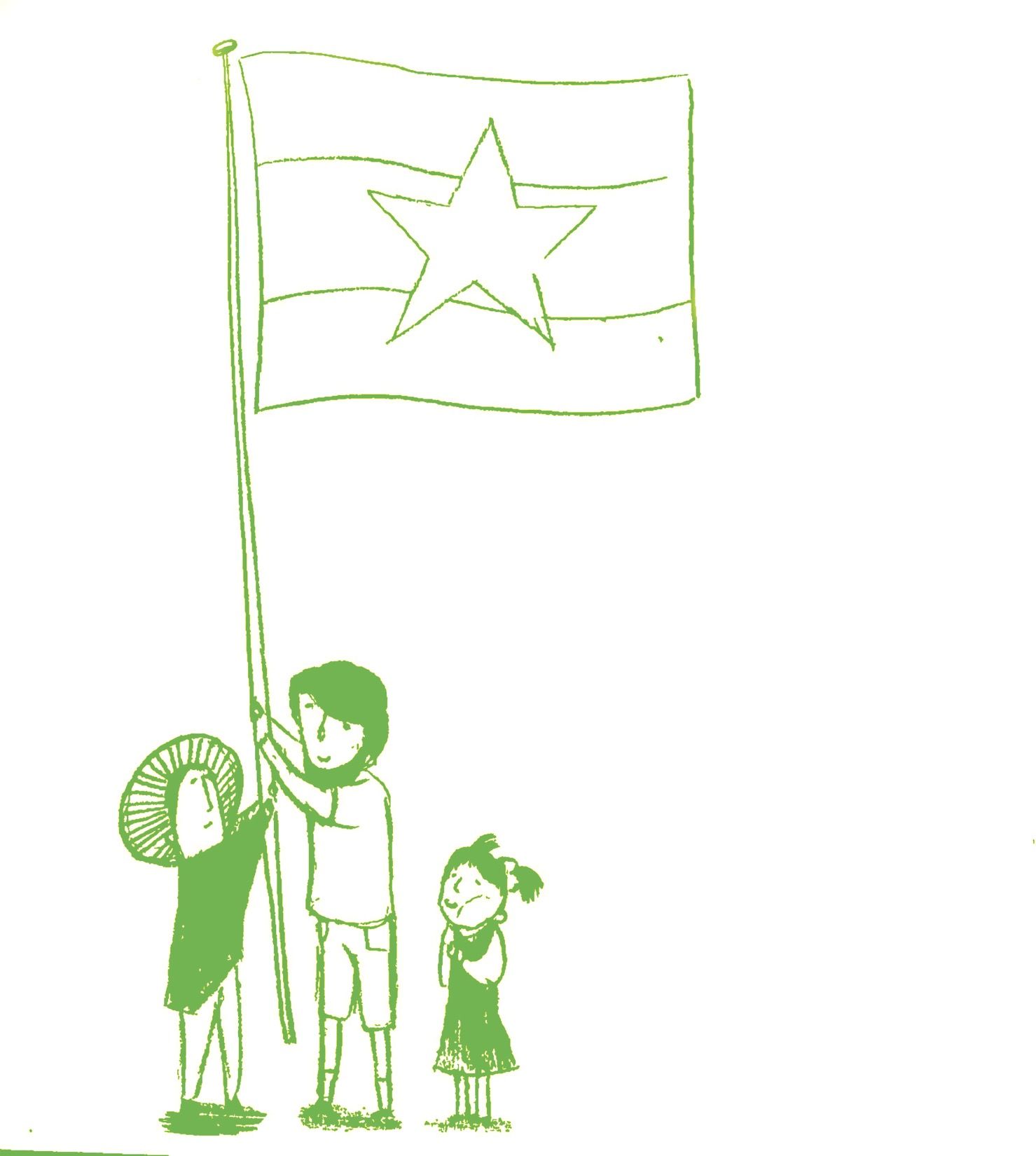 After years of military dictatorship, Myanmar is finally embracing democracy. On March 30, 2016, U Htin Kyaw of the National League for Democracy (NLD) was sworn in as Myanmar’s first democratically-elected, non-military head of government in over five decades. The event took place after months of secrecy from the NLD, who had refused to publicize their choice for presidential candidate after winning the general elections on November 8, 2015, which also marks the first time I was able to vote as a Myanmar citizen. Citizens voted in November for Parliament members representing their township, but the Lower house, Upper house, and military sections of Parliament each selected their Presidential candidates before voting last month.

In 1964, General Ne Win led a coup d’état that placed Myanmar under an authoritarian regime characterized by isolationism, human rights abuses, and repression of freedom of speech. During its rule, the military junta imprisoned more than 2,000 activists and journalists. In 1990, in an effort to revise the Constitution, the junta held elections to form a constitutional committee. The NLD, led by party leader, democratic icon, and Nobel Peace Prize laureate Daw Aung San Suu Kyi, won a landslide victory but was denied the right to rule. Following the elections, Suu Kyi was placed under house arrest and was finally released in 2010. Facing increasing pressure from the international community and feeling the burden of economic sanctions, the military regime began transferring power over to a “civilian government” by holding general elections in 2010; however, the elections were denounced as corrupt by the international community, and the NLD boycotted the elections in protest. Then-US Secretary of State Hillary Clinton and Defense Secretary Robert Gates issued a statement, expressing their “deep regret that the Burmese authorities failed to hold free, fair and genuinely inclusive elections.” In 2011, after the highly-criticized general elections, the junta was officially dissolved but 25 percent of seats in the new “civilian government” were reserved strictly for the military-backed Union Solidarity and Development Party (USDP).

Now, in 2016, the NLD has earned yet another landslide victory over the USDP in truly free and fair elections and is actually being given the right to rule. As someone who was born and raised in the midst of Myanmar’s oppressive military rule, the historic turn of events last month feels almost too good to be true.

Article 59F of the Constitution, which was most likely written especially for Daw Aung San Suu Kyi, bars anyone with children holding foreign passports from being elected as President, thus preventing Suu Kyi from running for the position. Consequently, Suu Kyi picked her close friend and loyal party member, U Htin Kyaw, to serve as a puppet President while she rules by proxy. Suu Kyi stated during a press conference following the November elections that she intends to be “above the President” and that she will remain at the center of all major decision-making—all of which sounds undemocratic, yet there has been little public concern. Just this week, the Parliament passed a bill giving Suu Kyi the newly-created role of “State Counsellor,” which translates to a Prime Minister-esque position superseded only by President Htin Kyaw himself. These moves by Parliament have rendered the law barring Suu Kyi from office meaningless. There is no question that Suu Kyi’s leadership will be at the forefront of the new government, as she has been elected into four cabinet positions in the current government, most importantly as minister of foreign affairs, but also as ministers of education, electricity and energy, and the President’s office.

The stakes are high for U Htin Kyaw and Daw Aung San Suu Kyi, as the people of Myanmar have for so long placed their hope (and very high expectations) on the NLD. Already, there are some signs of improvement: as her first action as State Counsellor, Suu Kyi announced amnesty for remaining political prisoners; the International Relations Committee within the Parliament is drafting a bill that addresses migrant worker concerns; Suu Kyi has banned gifts to civil servants as a first step against corruption; and the NLD has begun to abolish laws that infringe on human rights, including a law that requires people to report overnight guests to local authorities. So far, the NLD’s first week in power has been mostly successful. But much larger issues loom ahead.

As we wait to see how the proxy President setup will play out in the long run, the newly-elected Parliament faces the additional challenges of addressing the continuing civil war and rising persecution of the Rohingya Muslim ethnic minority while at the same time working towards overall economic development to reverse the decades of corruption, mismanagement, and elite dominance.

Myanmar’s civil war, which began after the country gained independence from British colonial rule in 1948, has been one of the longest in the world. Of the 135 different ethnic groups within Myanmar, many are actively fighting against the Myanmar Armed Forces, the national army, for either independence or for more autonomy. It is uncertain whether or not the various ethnic groups will be more willing now than in the past to negotiate, even with the new civilian government. Regardless, it will take more than a few peace treaties to end the civil conflict. The NLD does—and should continue to—place an emphasis on pluralism and greater ethnic minority inclusion in Parliament, national institutions, and civil society.

The problem stems from a larger narrative of ethnic, religious, and cultural intolerance and rising religious extremism. Burmese nationalists recently demonstrated against the NLD for selecting Henry Van Thio, who is an ethnic Chin and a Christian, as one of two vice presidents. Others, like the radical Burmese monk Ashin Wirathu, epitomize this growing religious conflict; he is affiliated with Burmese nationalist groups such as 969 and Ma Ba Tha, who openly incite hatred and violence against the Muslim population in Myanmar. Wirathu has called for restricting marriages between Buddhists and Muslims and boycotting Muslim-owned businesses. “If we are weak, our land will become Muslim,” he said in a 2013 sermon.

Violence escalated in 2012, when Buddhist extremists burned down homes in Rohingya Muslim-majority villages in western Myanmar. With extremist nationalist groups gaining popularity and legislation openly discriminating against the Muslim minority, the fate of the Rohingya in Myanmar continues to worsen. About 1.3 million Rohingya are denied legal citizenship and more than 140,000 are internally displaced and forced to settle in heavily surveilled camps. The UN Refugee Agency estimates that over 160,000 Rohingya have fled to the seas to migrate to neighboring countries, but many are fatally unsuccessful. So far, Suu Kyi has been alarmingly silent regarding the Rohingya crisis. If the NLD aims to work towards a democratic and equal state, it certainly should not be turning a blind eye to the plight of the Rohingya.

On January 13, 2012, Daw Sandar Min, my aunt, was released from Myaung Mya prison after serving five years (of the 65 to which she was sentenced) in solitary confinement. She, along with 37 other political activists, were arrested without trial in 2007 for their participation in the Saffron Revolution, in which civilians and monks peacefully protested rising oil prices in the country. Previously, she had spent three years in prison with hard labor from 1989 to 1992 for her role as a student leader in 1988’s pro-democratic “8888 Uprising,” the biggest civilian demonstration in Myanmar’s history, which was followed by a violent military crackdown that resulted in the deaths of an estimated 3,000 students and activists and the incarceration of thousands more. Daw Sandar Min now serves as a member of Parliament representing the NLD party.

In a statement issued the day of President U Htin Kyaw’s inauguration, President Obama says: "This extraordinary moment in Burma’s history is a testament to its people, institutions, and leaders who have worked together to ensure a peaceful transfer of power." This resonated deeply with me. I thought of individuals like my aunt who have sacrificed themselves time and time again for the country and yet remain unbroken in their fight for democracy and freedom. “We suffered so greatly in prison. But instead of becoming scared into submission, we used these feelings of anger and pain to strike back,” my aunt said when asked about the resilience of political activists in Myanmar. “You need to know how people have suffered and what people have overcome to get to where we are today,” she added.

November 2015 was the first time in a very long time that the people of Myanmar were given the chance to vote for the future leaders of their nation in free and fair elections. True, Myanmar’s transition to democracy is not yet complete, given that the Constitution still allots the military 25 percent of seats in Parliament, thus giving them veto power over most constitutional changes. For the newly-elected government to succeed, a more sustainable foundation for long-term democracy—without a proxy president system—needs to be adopted. Furthermore, the grave underlying ethnic and religious conflicts need to prioritized so that democratic freedoms are extended beyond the Burmese Buddhist majority.

However, there is an overwhelming sense of victory and relief to see Myanmar being pulled out of decades of fear, oppression, and injustice. On the whole, the citizens of Myanmar—myself included—are optimistic, knowing that the future of Myanmar is finally in the right hands. In the words of my aunt, “the most important thing to remember is that change will not come overnight. It was not just Daw Aung San Suu Kyi but everyone—all political activists and our supporters—who helped free our people from the oppressive boots of the military regime.”

KHIN SU B’16 didn’t feel the 6.9 magnitude earthquake in Myanmar on Wednesday afternoon.