Get With the Program 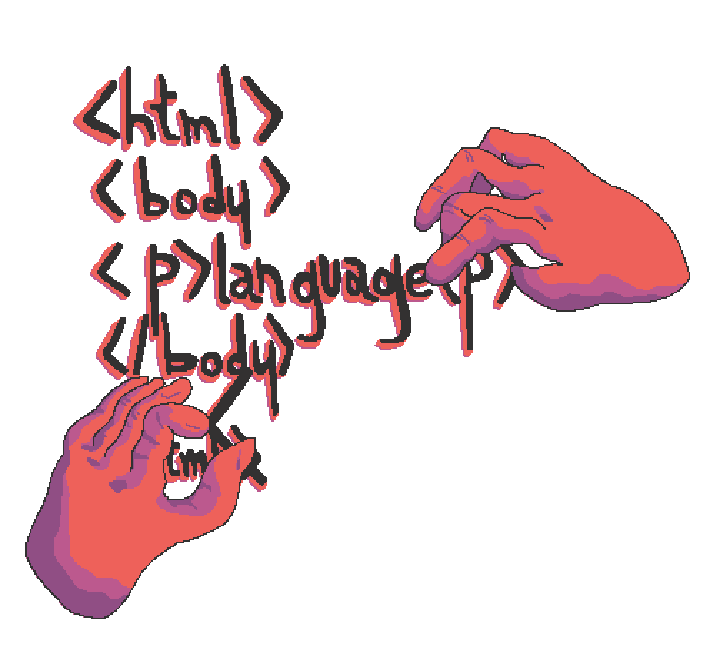 What’s in a name?

Most schools in the United States only offer computer science courses as electives, if at all. This February, Florida senators overwhelmingly passed a bill that would allow high school students to count computer-coding classes toward their two foreign language credits necessary for graduation. Democratic senator and former Yahoo! executive Jeremy Ring, the bill’s creator, argued that coding “is a global language, more global than French or German or Spanish, or for that matter even English.” The bill’s proponents added that knowing how to code is an essential part of being a digitally literate citizen. This bill, they suggested, is one way to expand digital literacy, to allow more students to engage critically with our computer-oriented world.

Furthermore, Ring’s supporters said this bill would do more than just enrich Florida students’ high school educations, preparing them for the even more important pursuit of finding a job. Republican senator Jeff Brandes told the Miami Herald, “If we simply set the goal post as a degree, then we fail in our responsibilities. The ultimate goal post is a job, is a career.” Lawmakers who agree with Brandes often assert that there is a shortage of skilled workers to fill the nation’s increasing number of computing jobs.

A few weeks ago, the bill failed in Florida’s house of representatives—but not without igniting debate across the country.

The sheer premise of the bill, equating “constructed languages” such as Java and Python with what some linguists would call “natural languages,” such as Spanish and German, is ridden with problems. Programming languages like Java are made to communicate instructions to control a machine. Yes, Java has syntax, grammar, and unique vocabulary, but it lacks the richness of ambiguity, cultural and situational context, as well as the basic capacity to help people communicate with one another. In casual speech, it’s permissible to use the same word to describe Java and Spanish, but it’s clear that they don’t do the same things.

Cameron Wilson, Vice President of Government Affairs at Code.org, called the comparison a “fundamental misunderstanding.” Suggesting one course shouldn’t displace another, the nonprofit is fighting for computer science classes to become part of core science and math curricula alongside STEM staples like physics, geometry, and chemistry.

Many others felt the bill would lead to a stunted sense of empathy. Miami-Dade County Schools Superintendent Alberto Carvalho cited “educational, intellectual…and emotional development—as well as long-term economic development—in an increasingly bilingual and biliterate community” as some of the things at stake. Studies backing up Carvalho’s concerns abound. In the New York Times just a few weeks ago, Katherine Kinzler, Cornell University psychology and human development professor, shared her findings that multilingual children are better than monolingual children at adopting another person’s perspective. Kinzler explains, “Children in multilingual environments have social experiences that provide routine practice in considering the perspectives of others: They have to think about who speaks which language to whom, who understands which content, and the times and places in which different languages are spoken.”

Regardless of the varied stances on the now dead Florida bill, one belief lives on: coding know-how, much like foreign language acquisition, is a skill that everyone should have.

This idea is gaining traction nationwide, especially in light of President Obama’s announcement this January of his Computer Science for All initiative. The initiative allocates $4 billion of the upcoming budget to states and $100 million to districts for computer science development, accompanied by an additional $135 million beginning this year for training computer science teachers, courtesy of the National Science Foundation and the Corporation for National and Community Service.

President Obama says the initiative’s goal is “to empower all American students from kindergarten through high school to learn computer science and be equipped…to be active citizens in our technology-driven world.” This initiative echoes the government’s resounding call for a “21st century education,” made available to as many Americans as possible. The call emphasizes progress and values tangible results: raising test scores, securing jobs, strengthening the economy.

The President also mentioned that the plan seeks to lessen the shortage of tech workers, citing 600,000 “high-paying tech jobs” that were unfilled last year.  However, if there is actually a shortage of tech and computing workers, there isn’t clear evidence to support it. Many sources, including a 2014 Congressional Research Service report on the science and engineering workforce by John F. Sargent Jr., Specialist in Science and Technology Policy, find that “there are varying perspectives about whether a shortage of scientists and engineers exists in the United States,” but people generally agree on the importance of scientists and engineers to our nation’s workforce. In this way, the initiative’s real strength isn’t connecting kindergarteners to future careers, but rather its attempt to expose thousands more kids to computer science.

In many respects, expansion of computer science education is long overdue. Access to well-supported computer science curricula below the university level is poor across the country, largely due to the costly resources needed to maintain computer science classes and train enough teachers. Although the first AP Computer Science course was launched in 1984, the College Board reports that less than one percent of the AP exams given in 2015 were in Computer Science.

And of the 2015 test takers—students who went to a school offering the course, had the resources to learn the material, and could pay to sit for the test—males outnumbered females by a factor of almost four to one. In 23 states, fewer than ten African American students took the exam; and while the exact states varied, there were also 23 states with fewer than ten Hispanic students who took the exam. Although it is true that some schools offer Computer Science outside of the College Board’s jurisdiction, and that the amount of test takers from 2014 to 2015 rose by 25 percent, the numbers are representative of a larger diversity problem within the tech world.

Many people just don’t have access to computer science education—or feel shunned from a community where they aren’t represented. The Computer Science for All initiative, which aims to get kids coding as early as five years old, could be one way to introduce more students to the subject before they feel the full weight of stereotypes that might drive them away. With enough time and luck recruiting a more diverse pool of beginners, some argue, the field of computer science itself could become more diverse and welcoming. Nonetheless, increasing the number of underrepresented programmers qualified and excited to compete for jobs will only do so much. Effecting real change in the tech workforce will take considerable, conscious effort by the predominantly white, male Silicon Valley executives, who often continue the cycle of hiring other white males in their social networks.

One approach to tackling the problem of unequal opportunity that the public education system can’t match can be found online for free. Many third-party programs are expanding coding education access to millions of people worldwide. Codecademy is one of the many third-party programs offering online courses in C++, Python, Java, Javascript and many more programming languages for all skill levels. The nonprofit has also worked alongside the White House to actively reach out to underrepresented minorities and women through special programs.

Organizations like Codecademy offer a new way of looking at computer science by providing open-source coding knowledge to anyone who wants it. Coding in this way could be “for everyone,” a sort of hobby or supplement to enhance something else you’re interested in. Codecademy solves the problem of learning to code easily without displacing essential classroom experiences. However, its pedagogy promotes a sort of learning devoid of context, marketing free and easy skill-mastering without regard for the richness of computer science as a complete discipline.

According to Codecademy’s founder and CEO, Zach Sims, the organization’s goal is, in many cases, employment: to get any user without previous coding knowledge employed in 3 months. It seems that what often lurks behind the push for coding education is the pursuit of filling tech jobs. But how do you fill tech jobs with good programmers when most of the accessible coding education just churns out people who are “code literate”—able to grasp the coding basics but lacking the ability to code creatively? Casual coding can no doubt enhance the lives and careers of many people, but training to be a successful programmer takes thousands of committed hours.

There’s an important distinction to be made between ensuring students have equal access to computer science education and pushing for “all students to learn computer science.” Perhaps not everyone needs to be a “creator” in the digital economy.

Maybe not everyone needs to code.

Software engineer Chase Felker asserts in an article for Slate, “the fact is that no matter how pervasive a technology is, we don’t need to understand how it works…To justify everyone learning about programming, you would need to show that most jobs will actually require this.” That’s right: we don’t need everyone to know how to code to have a thriving society, or a country that maintains its own technological clout in relation to the rest of the world.

Exposing more kids to computer science is a wonderful, necessary thing. Expecting coding literacy to become uniform is not only untenable but quite probably harmful. Particularly if pushing for that standard of digital literacy displaces cross-cultural interaction and achievement of higher general literacy levels. The reality is that progress doesn’t move at the same pace for people in disadvantaged circumstances. As Jathan Sadowski wrote for Wired, “It will be the gap between the coding haves and have-nots.”

If we assume that knowing how to code, like learning a foreign language, is integral to one’s professional success, the question becomes: where do we draw the line? What is the goal of encouraging kids to cultivate these skills? If it really is to fill jobs, we must consider both the amount of infrastructure needed to provide equal opportunities for students to gain these skills and the cost of what is displaced by many hours of immersive practice. Coding and learning foreign languages are only comparable insofar as they are both and hyped up as essential 21st century skills that will make a person more employable. However, what seems to be truly most essential right now is achieving equal educational opportunities for all kids in this country. This includes increasing computer science exposure, teaching skills in context so students can think for themselves rather than just follow instructions—and it sure doesn’t leave out the ABCs.

LIZ CORY B’18 was born in the simpler times of the 20th century.