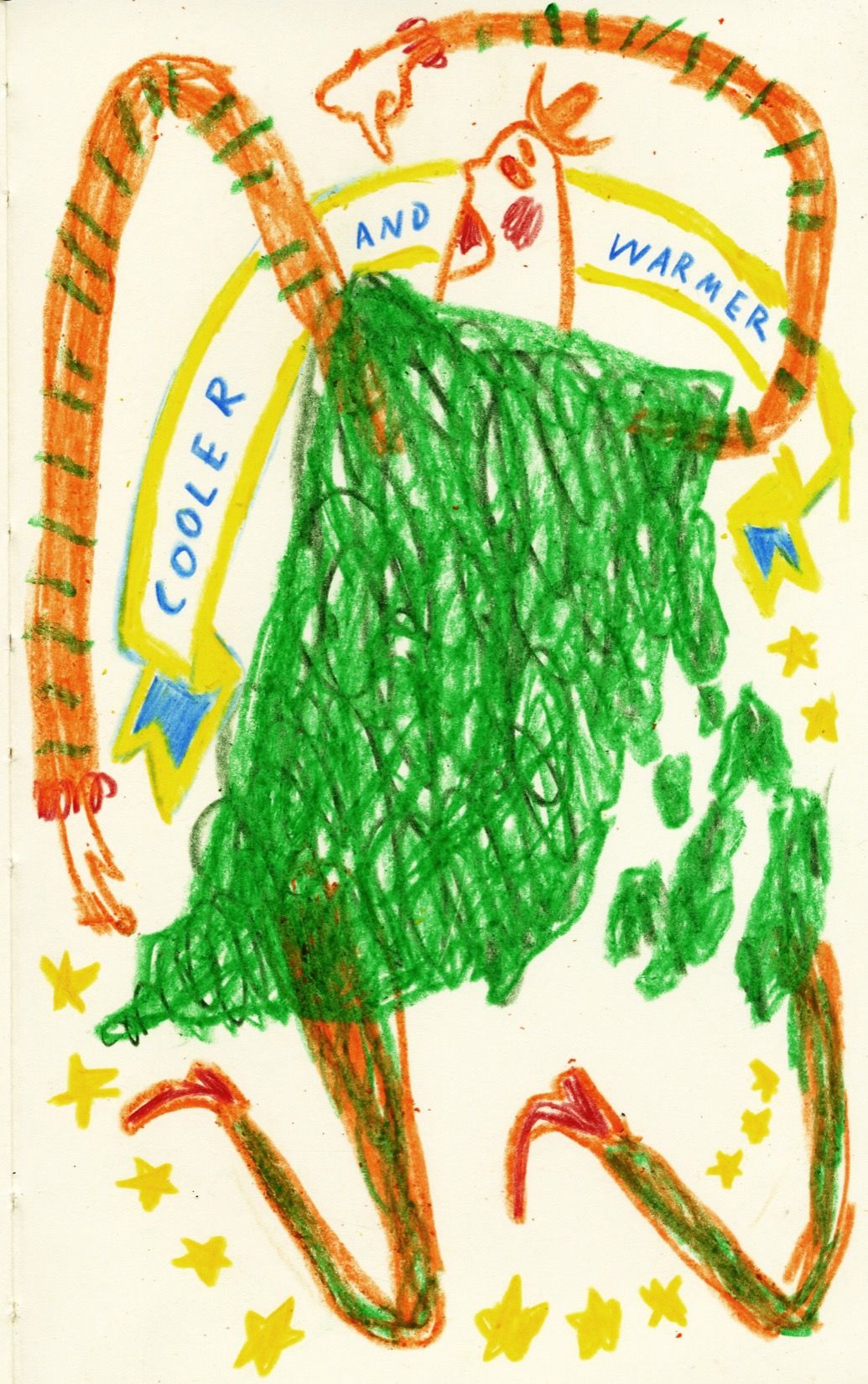 Rhode Island kicked off its new tourism campaign last week only to face immediate international ridicule, accusations of financial mismanagement, and calls for officials’ resignations. The brouhaha erupted after Governor Gina Raimondo tweeted the campaign’s official video out to her followers last Tuesday. Users on Twitter quickly pointed out that the video ad—which asks the viewer to “imagine a place that feels like home” and praises Rhode Island’s “uniqueness”— shows footage of a skateboarder outside of the Harpa concert hall in Reykjavik, Iceland. Faced with media scrutiny, irate Rhode Islanders, and questions as to how $120,000 went into such a project, Rhode Island Commerce Corporation marketing director Betsy Wall resigned shortly thereafter.

The video is just one of many headaches in what has quickly become a sea of migraines for the state’s $5 million dollar campaign to attract tourism and business: the newly launched tourism website (www.visitrhodeisland.com) cited Rhode Island as home to 20% of the United State’s historic landmarks (it’s actually two percent); two restaurants listed were in fact out of business (the chef of one, George Germon, died last year); a quick reverse Google image search revealed many of the website’s photos were purchased from stock photo websites. GoLocalProv estimates that there were nearly 100 errors on the website upon its release.

Raimondo later tweeted that Rhode Island will recoup the $120,000 it spent on the tourism ad—but the state has bigger issues on its hands. The marketing campaign’s slogan, “Cooler & Warmer,” was also pulled after residents and lawmakers lambasted its clarity and questioned what “Cooler & Warmer” means on a syntax level. “‘Cooler & Warmer’ is not a tagline Rhode Islanders like,” the governor announced at an April 1 press conference. “We’re going to work hard to get this right for Rhode Island because this is important. This campaign matters. It’s going to create jobs.”

But critics aren’t pleased yet; Raimondo also stated in her press conference that the equally controversial ‘Cooler & Warmer’ logo—a square made by three blue-grey, red-orange, and orange-yellow convex masses that also form the image of a sail—will remain. “Any marketing major would have known that those colors are not calming, they’re not inviting—nothing,” one Providence resident told NBC 10. Raimondo defended the logo, and with good reason. The concept, crafted by Milton Glaser, the designer behind New York’s iconic “I Love New York” identity, cost taxpayers $550,000—not including the nearly $1.5 million already spent on promoting it.

A number of Rhode Islanders, taking matters into their own hands, designed new logos that circulated around the web last week—the most popular, done by graphic designer Missy Hardesty, titled: “Sea To Believe.” It looks like Hardesty’s efforts might just get acknowledged. Raimondo told reporters that the state will accept submissions for a new slogan to surround the sail logo. “Make it great, make it fun,” she said. “Most of all, make it your Rhode Island story.”

Just remember to keep it local.

“Brexit,” the celebrity couple name-style portmanteau of ‘British’ and ‘exit’ heralding a national departure from the European Union, is making waves across the Atlantic. At the forefront of this political discourse is the Leave.EU campaign. Supported by the Eurosceptic, populist United Kingdom Independence Party, the Leave.EU platform states, “As the world’s fifth largest economy, the UK is well placed to supply its own labour.” This desire to leave the EU is primarily framed in terms of Britain’s ability to implement greater border restrictions, which Leave.EU insists would allow Britain to “welcome the right talent…rather than having to accept all EU migrants regardless of skill level.”

It turns out that letting in the ‘wrong’ talent isn’t really an issue for Britain: Contrary to the fear that low-skill EU immigrants are stealing British jobs en masse, the majority of those who do come from the EU—according to the research organization UK in a Changing Europe—already have white-collar jobs waiting for them. While the 2015 UKIP manifesto calls for Britain to split from the EU in order to “take back our border,” UK government statistics show that the majority of immigrants to the country fall under the category of “non-EU citizens,” who are already subject to strict border controls. While UKIP is equally resistant toward non-EU immigrants, their current rationale for leaving the EU misrepresents the geographical reality of immigration to the UK.

Ironically, it appears that the Leave.EU campaign relies partially upon immigrants to spread its message of exclusionary politics. Reporters for The Guardian discovered last week that Leave.EU employs four staffers who are immigrants from EU countries—including Rudolph Svat of Slovakia. Svat, despite being a foreign national whose migration to Britain was made possible by decreased border restrictions between EU countries, says that, after his time working at Leave.EU, he believes the “Brexit” is “a good thing for this country.”

Brexit is gaining momentum in the lead up to the June 23 referendum. Even if Britons avoid the nasty breakup, the xenophobic rhetoric of Leave.EU and UKIP will doubtlessly continue to fester. The UK needs only to look across the pond to see how crazy such politics can get.

The fine plainsfolk of North Dakota have found a way to capture mainstream media attention in a way not seen since Fargo won best picture twenty-years ago. Formerly best known for having the highest number of churches per capita, the “Roughrider State” has found itself a political powerhouse in the 2016 Republican primary elections.

The 25 North Dakota Republican delegates (not including three super delegates) are entirely unbound to any candidate. Each of the delegates is essentially a free agent going into the GOP convention. Normally, the presidential candidate would already have been decided by then; however, unless Trump can attain a majority of delegates through state primaries—an increasingly unlikely possibility—there will be a contested convention. In such a scenario, every delegate that is still up for grabs would become a hot commodity.

The lucky North Dakota delegates can expect to find themselves treated as VIPs by the GOP presidential candidates. The state will join American Samoa, the Virgin Islands, Guam, and Puerto Rico in the ranks of often forgotten regions that have garnered attention all of a sudden due to the independence of their delegates. Why didn’t we think of this, South Dakota mutters enviously.

In addition to being courted by Cruz, the North Dakotan delegates were treated to private meetings with Trump’s newest friend, Ben Carson. “I’m really…advocating for America” Carson said, during a “heartfelt” pitch for Trump. He rallied the delegates at the convention with a speech focused on the importance of faith and his efforts to “teach Trump religion.” (“He is a person who…thinks deeply, and does have, uh, some openness to spiritual things,”).

The North Dakota delegate debacle foreshadows the behind-the-scenes squabbling that will only become more pronounced in the weeks prior to the convention. Cruz has already been laying the groundwork for a delegate heist, playing the cutthroat game like a seasoned Washington insider. Indeed, his team managed to get most of their preferred delegates on the slate for North Dakota, leading Cruz to claim “victory.” Not one to be outdone, Trump informed his supporters, in a refreshing reassurance of the integrity of our political system, that he has “a guy going around trying to steal people’s delegates.”

It’s anyone’s guess what will happen two months down the road. But if there’s one political winner at the moment, it’s probably those North Dakota delegates who will be getting more than a few phone calls from groveling politicians in an effort to buddy-up.

A private tour of Trump tower. A Texas BBQ lunch with Ted. A manipedi with Ivanka. As a North Dakota delegate, the electoral world is your oyster.