The Right to Power 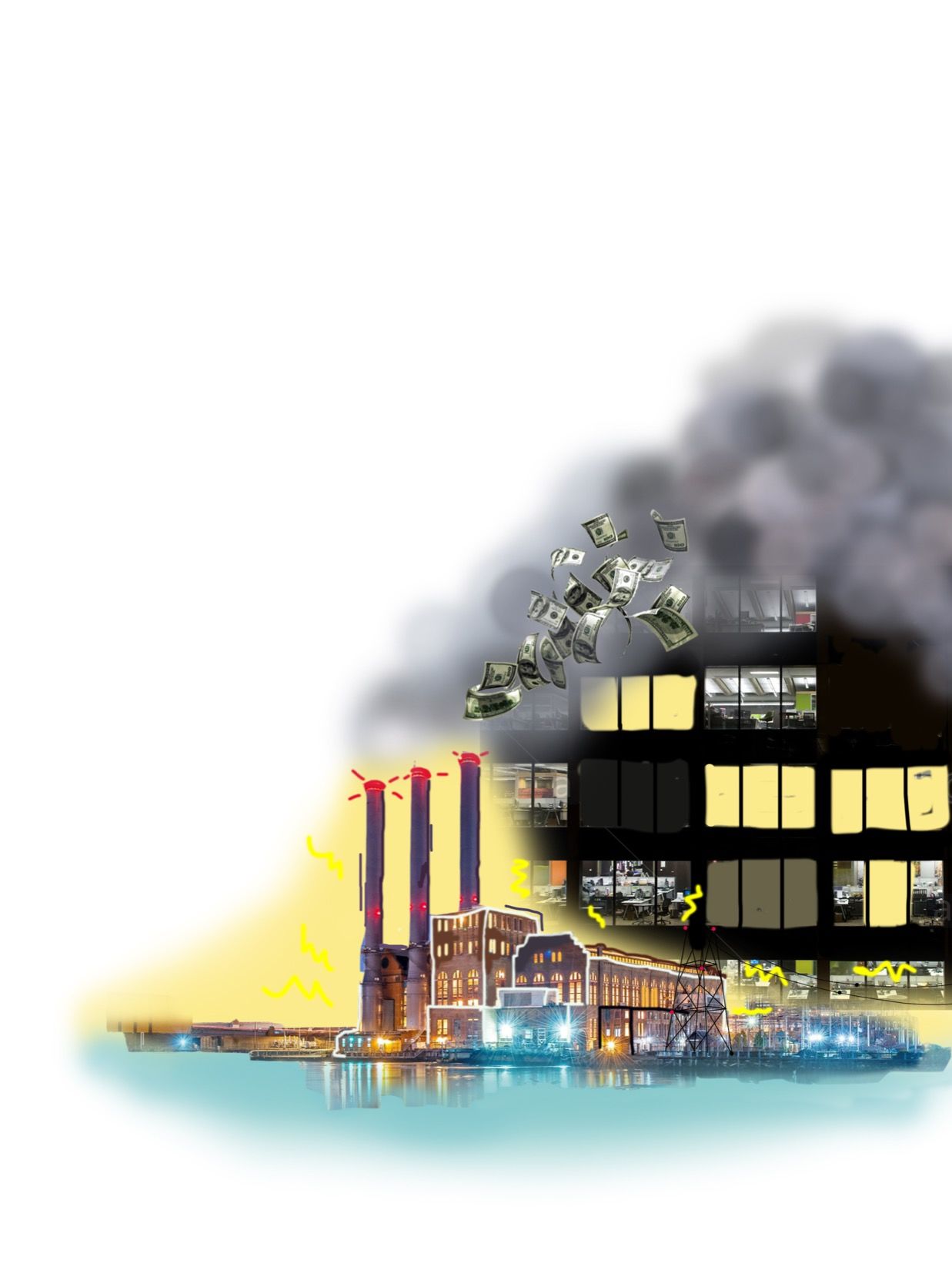 This is the voicemail message that Woonsocket resident Ramon Rodriguez left on the Rhode Island Center for Justice’s answering machine. His is just one of the hundreds of stories of unjust, life-threatening utility terminations in Rhode Island. Low-income, medically vulnerable households across Rhode Island are experiencing, or at risk of experiencing, utility termination. For residents who rely on respirators, refrigerated insulin for diabetic treatment, or stabilized indoor temperatures for certain health conditions, these utility services are essential; without electricity, these residents face potentially fatal situations.

The Rhode Island Center for Justice legally represents medically vulnerable clients facing utility termination. This endeavor, entitled the Lifeline Project, is a partnership project between The Center for Justice and the George Wiley Center. The two organizations work to ensure that National Grid and the Rhode Island Division of Public Utilities and Carriers (DPU) follow fair termination policies regarding their medically vulnerable households.

The Center for Justice, the George Wiley Center, and Brown University undergraduates produced The Lifeline Campaign, an online documentary film—presented at Brown's Granoff Center on December 15, 2015—that describes the daily struggles of individuals who suffer health complications from utilities shut-offs. In the video, Rhode Island resident Moryama Tirado states, “I have a hard time breathing without this machine. I’m like a fish out of water.” She has five children, one of whom has a severe mental illness. Tirado continues, “I couldn’t bring my mentally ill daughter home because the lights are off, and that’s not good for people with a mental illness.” National Grid and DPU are approving illegal utilities shut-offs despite awareness of certain consumers’ severe illnesses, failing to provide consumers with advanced notice about utility termination, terminating utilities in the winter period, and enforcing harsh repayment plans.

Ramon Rodriguez also appears in this video; he has diabetes and relies on a respirator for breathing support. Rodriguez describes the unjust practices of representatives from the Division of Public Utilities in conducting utility shut-offs: “[The DPU representative] said, ‘See, I wouldn’t like to [shut off your utilities] because your life depends on it, but it’s my job and I have to do it.’ And I had to run to the hospital right away. They kept me in the hospital for 15 days.” Rodriguez goes on to say, “How many diabetics do you know who go without eating? Sometimes I don’t even want to eat because I don’t have enough money.”

Though tight budgets and mounting bills concern many medically vulnerable individuals, these consumers are not trying to get out of paying bills. In the documentary, Pawtucket resident Shane Ward states, "We want to pay our bills. We want to be a part of this community. But I had to come up with $1,100 in two days. I put the money towards the bills and towards [my mother's] medication." Ward goes on to explain the life-threatening repercussions of unpaid bills, stating, “I asked [the DUP representative] if I could first move my mother over to the tanks because she’s on a respirator machine. He didn’t listen. He shut us off. My mother started having the jerks, having a seizure.”

The Center for Justice estimates that 3,000-5,000 medically vulnerable households in Rhode Island are at risk of utility termination each year. According to a report drafted by the Center for Justice entitled “Power Lines: How Rhode Island Utility Policy Fails Medically Protected Households, and How Communities Are Fighting Back,” utility bills of low-income households comprise an average of 17 percent of the total household income. This percentage is even greater amongst Rhode Islanders living below 50 percent of the Federal Poverty Level—over 100,000 according to the Center for American Progress—with energy bills comprising 44 percent of total household income. National Grid controls 99 percent of utility service in Rhode Island, holding a monopoly that it doesn’t have in other states. Thus, utility prices are steadily rising and medically vulnerable households cannot simply reduce their utility use to accommodate higher rates. National Grid raised rates by 54 percent in January of 2015, providing no time for consumers to figure out utility payment plans. Moreover, current Rhode Island legislation hinders DPU, which is responsible for regulating and approving utility terminations, from controlling National Grid rates. National Grid’s monopoly and focus on protecting corporate profits result in an energy crisis.

To alleviate rising energy costs, certain states have adopted a Percent of Income Payment Plan (PIPP), under which utility payments correlate to household income. In 1988, Rhode Island implemented one of the first PIPPs. However, state legislators ended the program in the late 1990s due to funding concerns. Rhode Island currently endorses LIHEAP (the Low Income Home Energy Assistance Program). According to the LIHEAP website, the program allocated $23.8 million in 2014 to help 31,088 households pay their utility bills and devise affordable payment plans. LIHEAP assists households that are at or below 60 percent of Rhode Island’s median income. However, according to the PIPP program report, 74 percent of working people preferred the PIPP plan to LIHEAP.

The Rhode Island Center for Justice reevaluates utility termination practices and energy policy in Rhode Island. In an interview with the College Hill Independent, the Center's  Executive Director Robert McCreanor stated, “For over a decade, the George Wiley Center has been at the forefront of consumer advocacy in Rhode Island to ensure that all Rhode Islanders have access to utilities. Thousands of people experience utility shut-offs that have severe repercussions, such as insufficient housing and missed school. We set out to work with the Wiley Center and bring legal advocacy to bear on this issue.” A Harvard Law School graduate, McCreanor has over ten years of experience in non-profit legal services provision and management. McCreanor described how “The George Wiley Center has been doing tremendous work educating consumers and addressing this issue through policy change. But what had been missing was access to justice. There’s never been a law office for low-income consumers for utility shut-off.”

On September 29, after providing legal representation for several termination cases, The Rhode Island Center for Justice filed a lawsuit on behalf of five low-income, ill, and/or disabled plaintiffs. The plaintiffs were Ramon Rodriguez, Laura Bennett, Penny Medeiros, Albert Mucci Jr., and Shane Ward. Each of these plaintiffs experienced unjust utility shut-off more than once in three years. Rhode Island General Law 39-1-1 restricts utility termination for medically vulnerable individuals who cannot pay their utility bills. Such individuals are entitled to a 21-day delay in termination, after which residents are entitled to a hearing to discuss payment plans and service needs. According to the lawsuit, National Grid violates these regulations by providing misleading and inaccurate information to residents, failing to distinguish between handicapped and seriously ill and failing to provide the necessary protections, illegally applying to DPU for permission to terminate utility service to medically vulnerable households during the winter period, and failing to provide households with a precise date of utility termination. DPU faced similar accusations in the lawsuit, such as discouraging vulnerable households from the hearing processes they are entitled to, rubber-stamping cases during residents’ first hearing, and pushing for standardized arrearage payment plans rather than case-by-case payment plans.

Mucci, one of the plaintiffs, is a 63-year-old veteran of the United States Marine Corps who suffers from herniated back discs, sleep apnea, Type II diabetes, severe arthritis, hypertension, atrial fibrillation, and depression. In the lawsuit, Mucci describes how National Grid did not inform him about his right to seek protection from termination, refused to figure out a payment plan specific to his needs, and failed to provide him with termination notice. When National Grid requested that Mucci’s service be terminated, DPU failed to investigate National Grid’s unjust termination request and approved the termination.

At the outset of the case, the Center for Justice requested a temporary restraining order from National Grid to prevent service turn-off for each of the plaintiffs. The court granted this request for the named plaintiffs and their service was turned back on. The case then went back to court in mid-November, before the cold winter weather set in. McCreanor states, “We asked the court to expand that release to other houses in the state. We asked that these households receive the protections they’re entitled to.” On November 15, National Grid restored utilities for two dozen medically protected households until April 15.

Center for Justice attorneys and co-counsel Lynette Labinger successfully expanded the protections of the restraining order to households across Rhode Island.

However, there is still much to be done. The Center for Justice ultimately hopes to bring National Grid in full compliance with the law. Moreover, the Lifeline Project is a result of a larger utility problem in Rhode Island. Low-income consumers, particularly medically vulnerable consumers, will continue to struggle to pay their utility bills. McCreanor states, “This lawsuit is not going to solve the larger problem of utility justice and service in the state. Good policy is to reduce incidents of utility shut-off. Beyond this lawsuit and Lifeline campaign, the George Wiley Center is aiming to make utility access more affordable. The Center for Justice supports this goal.”

People like Ramon Rodriguez have to worry every day about losing the electrically powered resources that keep them healthy and alive. “I think the state should have an investigator before they shut the electricity off [for] anybody else like me,” says Rodriguez, “Because I’m not the only one.”

KIMBERLY MEILUN B’17 is not on LIHEAP.