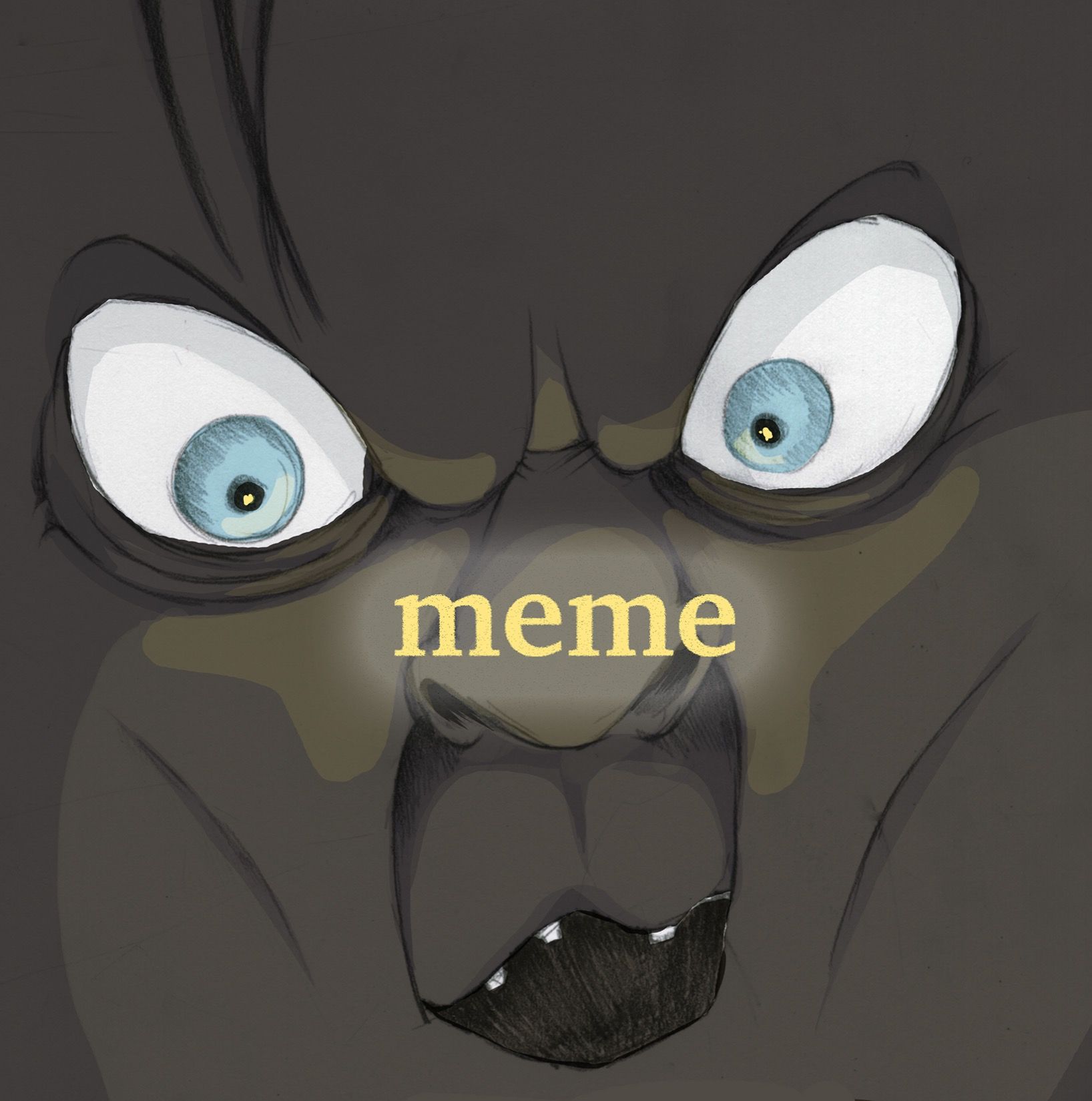 The President of Turkey, Recep Tayyip Erdoğan, thought it would simply be another case of swiftly repressed political satire. A minor blip on the radar of Turkish political dissent at worst. Instead, to his dismay—and the amusement and horror of the rest of the world—it has become a landmark trial for…Lord of the Rings fans.

In October of 2015, Dr. Bingil Ciftci made the retrospectively poor decision to post a meme on his Facebook page comparing images of Gollum with pictures of Erdoğan. Ciftci, why couldn’t you have been satisfied making a meme about a different politician? Say, a side-by-side of Vladimir Putin and Dobby the house elf, or Donald Trump and Grumpy Cat. You had to pick the despotic ruler in your own country, where insulting the president can lead to four years in prison.

There was one unexpected legal technicality, however. Ciftci said in court that he had not intended to insult the president by comparing him to Gollum. At heart, Ciftci says that he believes Gollum is actually a decent guy. He even went so far as to say the meme contained no images of Gollum. In fact, it was meant to depict Smeagol, Gollum’s benign alter ego (à la Jekyll and Hyde). The state had not anticipated this unprecedented legal defense—what will go down in the annals of legal history as the “Smeagol plea.”

Complicating matters, the judge in Ciftci’s trial was forced to admit that he didn’t know the difference between a hobbit and a dwarf—he hadn’t ever cracked open a single LOTR novel and felt he was unqualified to make the final call.  Hold on to your hat, Gandalf, because here’s where things get crazy—the judge called for a LOTR expert panel to determine whether Gollum is good or evil. (Note: binge-watching the trilogy this weekend will not qualify you to be on this panel).

“Smeagol is a joyful, sweet character,” said LOTR director Peter Jackson in an interview with The Wrap, unsuccessfully attempting to defuse the situation. “He is not evil, conniving, or malicious—these personality traits belong to Gollum, who should never be confused with Smeagol. ...In fact he’s very loveable.”

I don’t know if I would quite go that far, but the point stands—perhaps the dude is more like a suffering drug addict than a profoundly malevolent being. After all, the ring clearly corrupted him. He also does take Frodo and Sam to Mount Doom, despite occasionally trying to kill the “tricksy hobbitses.”

It’s fun to laugh at Turkish restrictions on free speech from a distance, but behind the absurdity are very real issues—Ciftci, for one, has lost his job and could spend over two years in prison, depending on the outcome of the trial in May. And closer to home, just last week the Donald was heard calling for repeals to US libel laws so that anyone who insulted him could be sued. Considering this man could become our president, make your Trump memes while you can.

It’s 2012. The Hague has a transportation problem. A roadkill problem. Red squirrels routinely flattened while trying to cross one of the city’s major motorways. Yet in the self-proclaimed “International City of Peace and Justice,” located in the Western Netherlands, it’s a problem they’re willing to tackle.

In response to the declining species numbers, Dutch engineering stepped in to combat the animal injustice. The mayor of The Hague commissioned a special suspension bridge for the squirrels to cross the N44 motorway from the Haagse Bos forest to Clingedel Park. The bridge was meant to provide safe passage for the rodents. According to Hennie Greven of the local Animal Protection Agency, the bridge would “prevent the rodents from being run over” giving the squirrel population “the chance to grow again,” as reported in The Hague Online, a popular expat newspaper. The bridge was no small investment either, as the city government put up €150,000 (163,035 USD) largely from environmentally designated tax-dollars, for its construction.

For a city that frequently employs the Twitter hashtag #peacejustice, the motivation to construct the bridge requires only a short stretch of the imagination. The local Animal Protection Agency was appeased, and the local red squirrels are no longer forced to choose between mobility and life. However, usage records since the bridge’s completion are anything but inspiring. The Times, a UK publication, reports that CCTV cameras show only five squirrels having made use of the bridge to date. All five squirrels used the bridge in the period between 2014 and 2016, three in 2014, and two in 2015, according to the mayor’s office. This means that each trip over the N44 cost $32,607, based on the cost of the bridge. As Hague councilor Arjen Dubbelaar told a local radio station: “Private taxis for the squirrels would have been cheaper.” But hey, that’s the price we pay for taking the high road.

Thanks, But No Tanks

Jakarta’s governor, Basuki “Ahok” Purnama, came up with a plan last month to convert Kalijodo, a red-light district in Northern Jakarta, into a public park. Until now, the area had always been an open secret within socially conservative Indonesia, where the government recently called for the removal of emojis depicting same-sex couples from instant messaging services.

Kalijodo Street is not unlike other red-light districts in Southeast Asia. The “standard package” gets you a couple of drinks, a round of karaoke, and half an hour of sexual services. The area is mostly operated by gangsters, or preman, dressed almost exclusively in Ramones t-shirts. The women sit outside the small bars on dingy plastic chairs, offering what’s colloquially known as “fleeting bliss” to passing motorcyclists.

Daeng Azis, a local landlord who controls 1847 square meters of land on which a number of these brothels are located, has stated that he is “150 percent against prostitution.” He also emphasized the fact that he has routinely paid property taxes since 1997. Several clubs have deployed strategy analysts to respond to Ahok’s call to action. One brothel, Kafe Pondok Melayu 2, has cut its prices by almost 30 percent, from $11 to $7.50 for full service. However, the Indonesian media seems to have diverted its attention from landlords and business owners, directing it towards the reaction of the sex workers instead.

Mimi, a 21-year-old sex worker from the area, told national newspaper Kompas that Ahok won’t be able to complete his project: “We’re not harming the environment or creating excessive litter, so I don’t see why he wouldn’t leave us alone,” she said. “I doubt he has the guts to come here. A guy like [Ahok] won’t make it here…unless he came here with a tank. Ha-ha. Come if you dare.”

But Ahok has made it clear that he’s coming. “If they want me to send a tank, I’ll send a tank,” Ahok responded. “Of course I’m not going to send a tank. I only said that because that’s the metaphor they used,” he swiftly added.