In Conversation with Charles Simonds 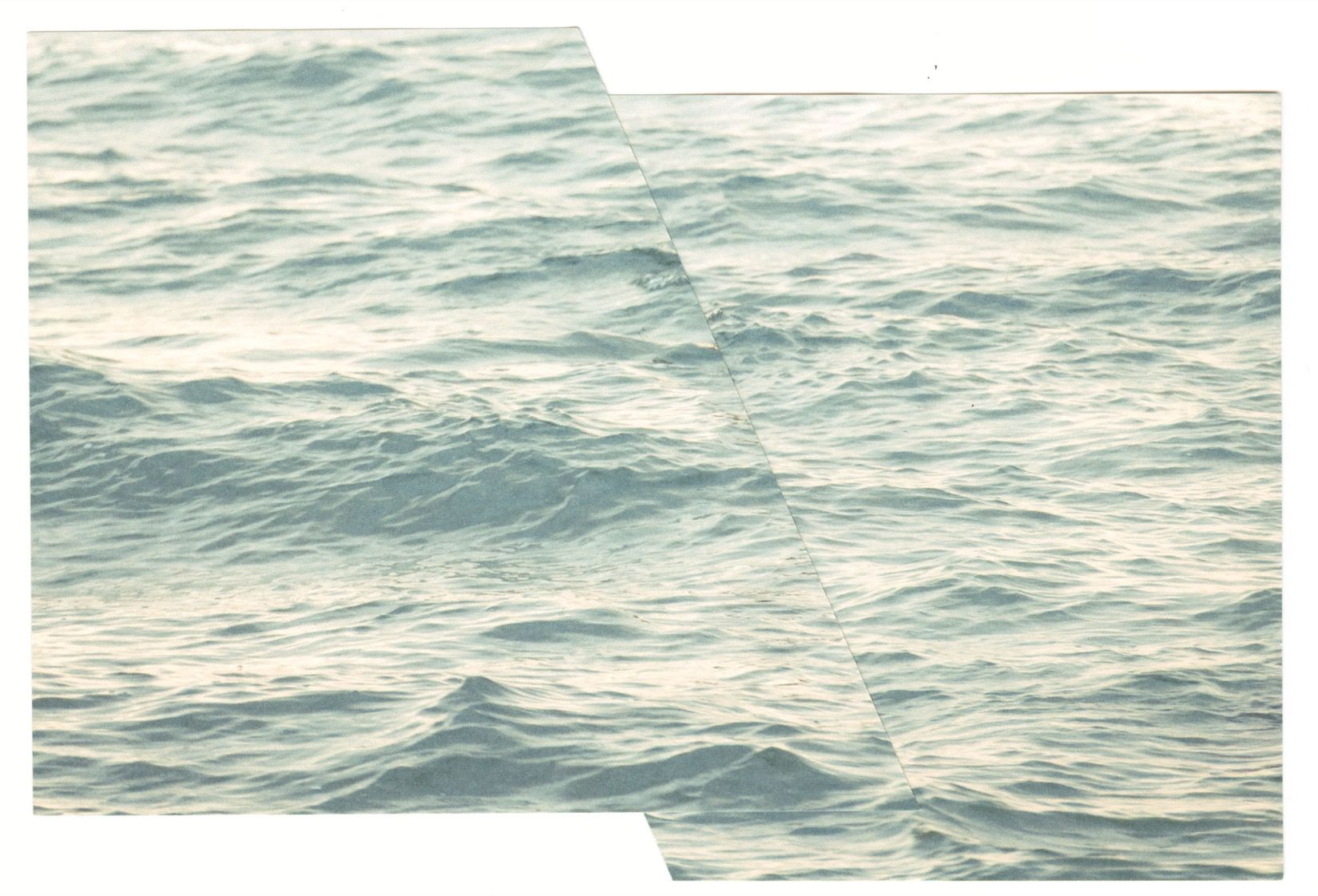 In his 1976 fictive ethnographyThree Peoples, New York-based sculptor Charles Simonds imagined the building practices of three civilizations governed by different relationships to time. The first built their homes in a straight line, never to return to their own pasts. The second built in a single circle, condemned to constant retrospection. The third built an ever-ascending spiral, aspiring “towards an ecstatic death.”

For 45 years, Simonds has been working with the notion of place. His oeuvre is varied in method and medium, from in situ to freestanding sculptures, conceptual narratives to filmed performance. His experiments attempt to situate the body in the physical landscape, to discover the landscape within the body, to dream up alternative, often fantastical, ways of living and interacting with the world. The artist tends to prefer a direct engagement with the (often urban) environment, seeking a connection to earth that is lost in the sterile walls of the art gallery. Simonds fiddles with proportion: his 1976 memorial design for urban planner Stanley Tankel took two unfinished high-rises in Queens and proposed to wrap the giant cement skeletons in wisteria. On a less monumental scale, his Dwellings is a career-spanning series of miniscule architectures embedded into crevices and walls in cities around the world. Simonds constructs these sculpted ruins for his imaginary Little People by meticulously layering tiny clay bricks into abodes specific to each invisible civilization.

Simonds’ work oscillates between site-specificity and pure abstraction; he too, lives between the universe of his own fictions and the terrains that inspired them. Following a recent lecture at Brown, the College Hill Independent spoke with the sculptor about some of his projects. In our conversation, his replies disclosed an enchanting self-awareness, an ease afforded by the rare ability to assemble the worlds of the mind and dwell among them.

The College Hill Independent: Your work with Dwellings stems from mythology and fiction, and the dwellings themselves are very personal, but the first thing that strikes me are the ideas they embody—of migration, settlement, ruins—and I can’t help but think about all the political issues that surround settlements today, especially with the refugee crisis and the destruction of so many archaeological sites in Syria and Iraq. So I was wondering whether the things that are happening today make you re-read your past work?

Charles Simonds: My past works or my works’ pasts? It’s a lot about displacement and lost pasts. So yes, it does; I’m pretty boring in the sense that I’m constantly thinking about my work and what it was and is.

The Indy: That’s not boring!

CS: I mean I’m boring to myself! (laughs) In other words, the more I go on, the more I try to think about what I have done and what I’m doing. I’ve had maybe three different moments with disenfranchised groups—the Lower East Side, Turkish people in Berlin in Kreuzberg, Tunisians and North Africans in Paris and Belgium. And whatever it is—and I don’t think it’s by choice—I just chose to work in neighborhoods that had a lot of broken walls. Certainly I’ve found that my connection to those groups and their responses to what I do has defined a lot of the things that I think about. For instance—proverbially—a North African seeing one of the Dwellings in Paris would say “Oh, that looks like Morocco,” and a Turkish person would say “Well, that looks like Anatolia,” and an American thinks it’s American Indian and they all throw it into their pasts in some wishful and poignant way. I think that’s part of what it’s about, there’s a kind of forgotten past, or hoped-for past, needing to be recaptured; which speaks towards disenfranchisement and speaks towards dislocation and speaks towards transience, all these different things.

Certainly, I think this project in Munich that I’ve recently proposed, of taking three or five neighborhoods and having them self-identify, is similar to my project in the German department store [part of the Kunst als soziale Strategie exhibition at the Bonner Kunstverein, 1978]. And all these groups then would have the chance to interact with each other, because Munich has many different groups of people. I happened to arrive the same day as the first refugees, and I’m sure that’s why they chose my proposal. But in a certain way, that’s taught me a lot about something about my work, that it has a kind of poignancy; I think there’s a kind of tristesse, of something lost.

The Indy: Given what you consider to be the limitations of the art world, your choice to work within the built fabric of cities allows you to renounce authorship, and I think that gives the work its mythical quality. But it raises the question of who gets to own the works—is it the people who come and watch you or try to take the dwellings? Is it the city itself that owns these things?

CS: Yes, it’s so valuable, to be a non-player, to be a harbinger. And I think people’s memories own them, I think that’s where it resides. I think it resides in a collective memory.

The Indy: Your 1972 Floating Cities [a project comprising small painted basswood models depicting elements of a built environment (factories, houses, windmills) that can be arranged into an adaptable metropolis-at-sea], is very different from Dwellings in that it is more critical and hypothetical.

CS: Basically, they share some conceptual levels. Actually, I can tell you exactly—a lot of my work has to do with mixed metaphors of plants and growth. The floating cities are actually the hinge for them; they’re analyses of simple organisms and specialization, so as organisms start to evolve and develop specialization in themselves, it’s a corollary. So it’s more a reflection of growth and life forms as an architectural hinge.

The Indy: And it seems like the way they could be reorganized, it speaks to the audience again and allows them to apply their own meanings to the city. But you made the modules that were to be rearranged, so how did you decide on which elements of the city to include?

CS: It’s meant as a caricature of modern architecture. Each one is a send-up of a modern building or a Mies building—they’re all completely tongue-in-cheek—nobody knows that, but they’re all little jokes! That’s the only way I could keep myself amused. So it has garden apartments, suburbia, farms. I make endless configurations and then I photograph them, endless little kinds of cities.

The Indy: Did you make Floating Cities in reaction to something?

CS: It comes from having worked a lot in a neighborhood on the Lower East Side, with community work, and we were always fighting the city to get control of certain buildings, block development, have some leverage, and so on. And so we would have these battles all the time and finally I thought, it would be so much…the idea came from feeling, kind of, how do I escape this? Floating Cities was like having property without location, so you could just go wherever you wanted to go. Actually, the idea is kind of analogous to the specialization of cells. So for instance, factories were like digestive systems and stuff like that.

I had thought of the idea and then nothing was happening—I didn’t have a barge or anything. But then I saw in the newspaper there was a guy in Germany who was building—you know, shipbuilding is episodic, like real estate—and so there was a big slump in shipbuilding, and so instead of building ships, he was building floating factories in Japan that he would float to Brazil, paper processing plants, and install them and they would do their business and so on. Because it was cheaper to build in a high technology place. And so I thought, well, these are going to be floating cities and they’re going to go all around the world and steal all the business.

The Indy: So was it ever intended to go beyond this scale?

CS: Well it’s an idea, it’s a poetic thing, but you know now they have seasteading—there’s a whole movement where they’re trying to do this. But at that time I didn’t think of it as a—like my imaginary world, it’s a kind of a tool to look at how things are. I think they’re all like warped mirrors towards what is. It’s a lens.

The Indy: Much of your work relates the body to earth to dwelling to land, and I was wondering if, over the course of your career, you’ve seen the connection between the body and the built environment become more tenuous.

CS: I’ve never thought about it, but some issues of scale have changed. I live across from two buildings that were built in my neighborhood on my block in the past ten years that are nearly as tall as the Empire State Building, and they’re just apartment buildings—so like, castles in the sky from Mr. Murdoch and so on—and there’s something about the scale and the remove. I always think of them as medieval castles and the workers come from Queens to service the lords at the tops of the buildings. So that’s the metaphor for me—it’s as if things are going backwards. And you know, I worked for so long in a very intimate neighborhood where everybody knew everybody. The Lower East Side at that time, people knew who was who and who was bad and who was good and who was doing drugs, and you know, even though I know everybody on my block, so to speak, since I’ve lived there around 35 years, it’s very different. So the village thing, it’s not in New York.