We Are Not Disposable

Accountability and Irreversibility in Flint, Michigan 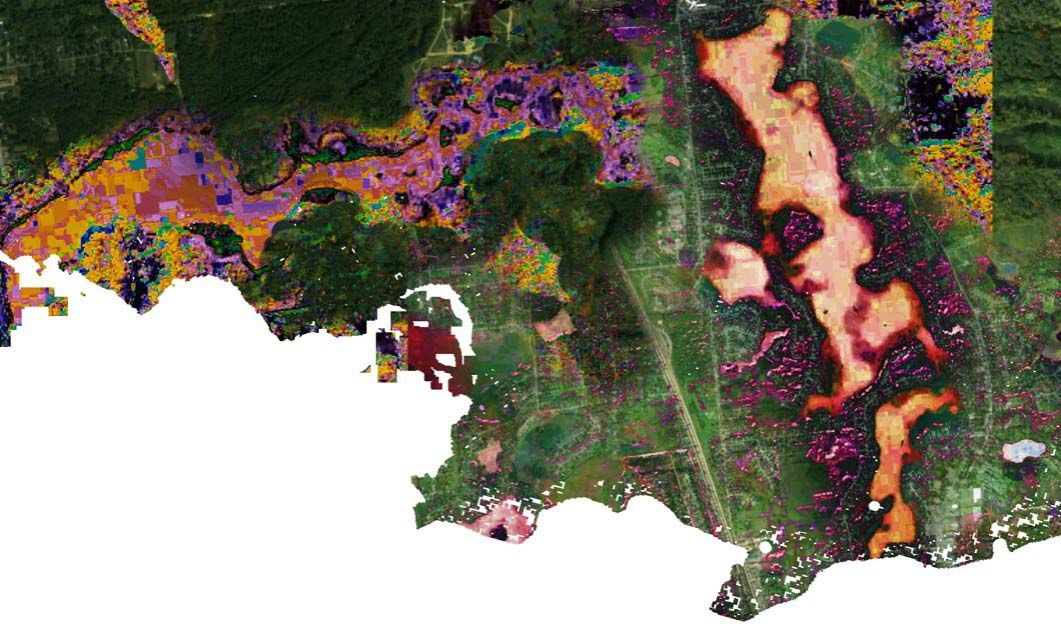 In October of 2014, employees at the General Motors manufacturing facility based in Flint, Michigan began to worry. The employees at the engine plant, which uses an average of 75,000 gallons of water per day, believed that high chloride levels in the newly resourced water from the Flint River were corroding and rusting their heavy-duty auto parts. Given that the corporation had the economic means to cease using the Flint River water, they created a plan to buy water from Lake Huron so that their machinery would not be in danger. It has taken many months for Flint residents, who rely on the same water that caused GM’s suspicions, to capture the attention of neglectful government officials and prove to them that their own living bodies are being destroyed by the poisonous water.

For almost fifty years Flint drew water from Detroit’s main water system. But in an effort to bolster Flint’s weakening economy, government officials proposed a plan to draw “free” water from the Flint River. By switching to the local water source in early 2014, Flint hoped to save $5 million over the course of two years. In a city where 40% of residents live in poverty, the mayor at the time, Dayne Walling, urged the community to “toast” the change with a sip of “regular, good, pure drinking” water.

An indisputable difference between the two sources of water: corrosion-control chemicals were present in the water supplied by the city of Detroit, and not in the Flint River’s water system. Once the water supply was switched, the Flint River water began seeping a mixture of poisonous metals—mostly lead—into the water supply. Within months, residents of Flint realized that something was terribly wrong. They notified local government officials, protesting with jugs of discolored, foul-smelling water in their hands. In July, Michigan’s Department of Environmental Quality urged Flint residents to not to panic about the strange state of the water: "Anyone who is concerned about lead in the drinking water in Flint can relax. It does not look like there is any broad problem with the water supply freeing up lead as it goes to homes," said the organization’s lead spokesperson Brad Wurfel, who recently resigned. Their pangs of worry were continuously brushed over by ignorant officials. What ensued in the following months after resident’s initial complaints has finally been recognized for what it has always been:                a federal emergency.

In a speech made on January 17th, civil rights activist Reverend Jesse Jackson said that the city should be surrounded by tape, “because Flint is a crime scene.” The government’s initial refusal to own up to the neglectful behaviour that spurred the monstrosities of the Flint water crisis is disturbing. In an email dated September 25th 2015, Dennis Muchmore, Governor Rick Snyder’s chief of staff, writes to Gov. Snyder that two state health and environmental agencies “feel that some in Flint are taking the very sensitive issue of children’s exposure to lead and trying to turn it into a political football claiming the departments are underestimating the impacts on the populations and particularly trying to shift responsibility to the state.” Muchmore then writes, referring to Andy Dillon, then the state treasurer, “I can’t figure out why the state is responsible except that Dillon did make the ultimate decision so we’re not able to avoid the subject.” State government officials expressed genuine disinterest in taking responsibility or offering immediate aid or inquiry into a crisis with long-term detrimental consequences, while instead maintaining a that’s-not-our-problem stance. The government’s efforts to conceal citizens' concerns, as evident in the over two-hundred emails released by Governor Rick Snyder, show the intentionality of this ignorance. The emails have multiple consequences. Perhaps a lack of motivation to question such an ideal fiscal solution was at play. Or, perhaps the situation reflects the chilling prospects of officials deeming the predominantly Black population of Flint unworthy of quality essential resources by marking their voiced complaints as inadequate—bringing to light what civil rights activists deem “environmental racism.”

The stinging repercussions of the crisis on various Flint residents were illuminated in an article published in the Detroit Free Press. Two-year-old Sincere Smith broke out in itchy rashes on his arms, legs, face, and stomach after bathing in Flint water. The same water that rusted steel auto-parts was eroding Sincere’s skin. Sincere and his three siblings’ single mother, twenty-five-year-old Ariana Hawk, is pregnant and attends Mott Community College. "I can’t afford to go buy 20 gallons of water just to bathe him one time,” said Hawk, who has resorted to using wet wipes in order to wash her children. Soon after moving to Flint last fall, Kerry Wheeler’s boxer, Beast, refused to eat. He became lethargic, vomiting constantly. When Wheeler began giving Beast bottled water, “he perked right back up after a couple days.” Wheeler, Beast, and her eleven-year-old daughter are planning to escape Flint and move to Taylor, Michigan. Flint resident Catrina Tillman told the Detroit Free Press, “It’s kind of like you feel like you’re the black sheep in the family. In this case, you feel like you’re the black sheep in the country.”

The “black sheep in the country” metaphor resonates with the theory that environmental racism is what has driven government officials’ crude ignorance. The term environmental racism, first used in the 1980s, is defined by the New York Times as “the disproportionate exposure of blacks to polluted air, water and soil. It is considered the result of poverty and segregation that has relegated many blacks and other racial minorities to some of the most industrialized or dilapidated environments.” According to U.S. Census data, people of color represent 56% of the population living less than 1.8 miles from one of 413 commercial waste facilities in America. A prime example of environmental racism is Altgeld Gardens, a housing community that was built in 1945 for Black veterans returning to south Chicago from World War II. The complex is enveloped by 53 toxic facilities and 90% of Chicago’s landfills. A staggering number of children born into Altgeld Gardens develop brain tumors. To this day, residents have not been relocated. The population of Flint is predominately Black, which raises the obvious question of whether such harsh and irreversible indifference would have occurred if the city were mostly white. “Everyone has a story,” said Flint resident Melissa Mays to the Detroit Free Press. “These stories need to be heard. All this boiled down to, we were poisoned because the Emergency Manager took democracy away. We are not disposable people. The people who did this need to be held accountable.”

Amidst the messy tangle of who must be held accountable and the government’s complete failure to respond to urgent cries, what is most devastating about the situation in Flint is the irreversible repercussions of lead poisoning on children. According to a New York Times report, the effects of lead poisoning on growing brains include “lower intelligence, difficulty in paying attention and with fine motor skills, and lower academic achievement[.] Some studies have also linked lead exposure to violent behavior, and higher crime rates that can span at least two generations.” Though increased calcium, iron, and vitamin C intake and chelation therapy can help the body remove lead from the bloodstream, the effects of lead poisoning are proven to be more or less permanent.

The cruel irony of the Flint water crisis lies in the negligence shown by officials trying to save money by switching water sources, when ultimately the resources the state and the country will expend addressing the damage will far outstrip what may have been saved by switching the water supply in the first place. According to an article in The Guardian, state and federal agencies estimate that re-sourcing the water supply and providing water filters, water bottles, and behavioral health care for children who have been been exposed to the water will cost over $45 million. Moreover, certain things, like the impact on a child’s growing brain, are without price. Superintendent of the city school system, Bilal Tawwab, fears what the crisis will mean for schools in Flint. “That’s the piece that keeps me up at night,” he told the Times. “It costs almost double to educate a student with special needs. And our wages, our salaries, are so low.”

For the children of Flint, the future is bleak. It’s impossible to decipher whether it was neglect or willful malice that signaled to officials that the people of Flint’s voices did not deserve to be heard. The result of their actions, or lack of action, is a public health crisis and environmental racism all the same. Clean water is a basic human right. Innocent beings were not simply denied of this essential resource, but also deliberately poisoned by it. The city can apologize, promise changes, and secure a different discourse for the future, but for some, what is done is done.

RYAN ROSENBERG B’17 drinks from the tap.