Bernie Sanders and the Glass-Proof Elevator

The non-issue of a candidate's religion 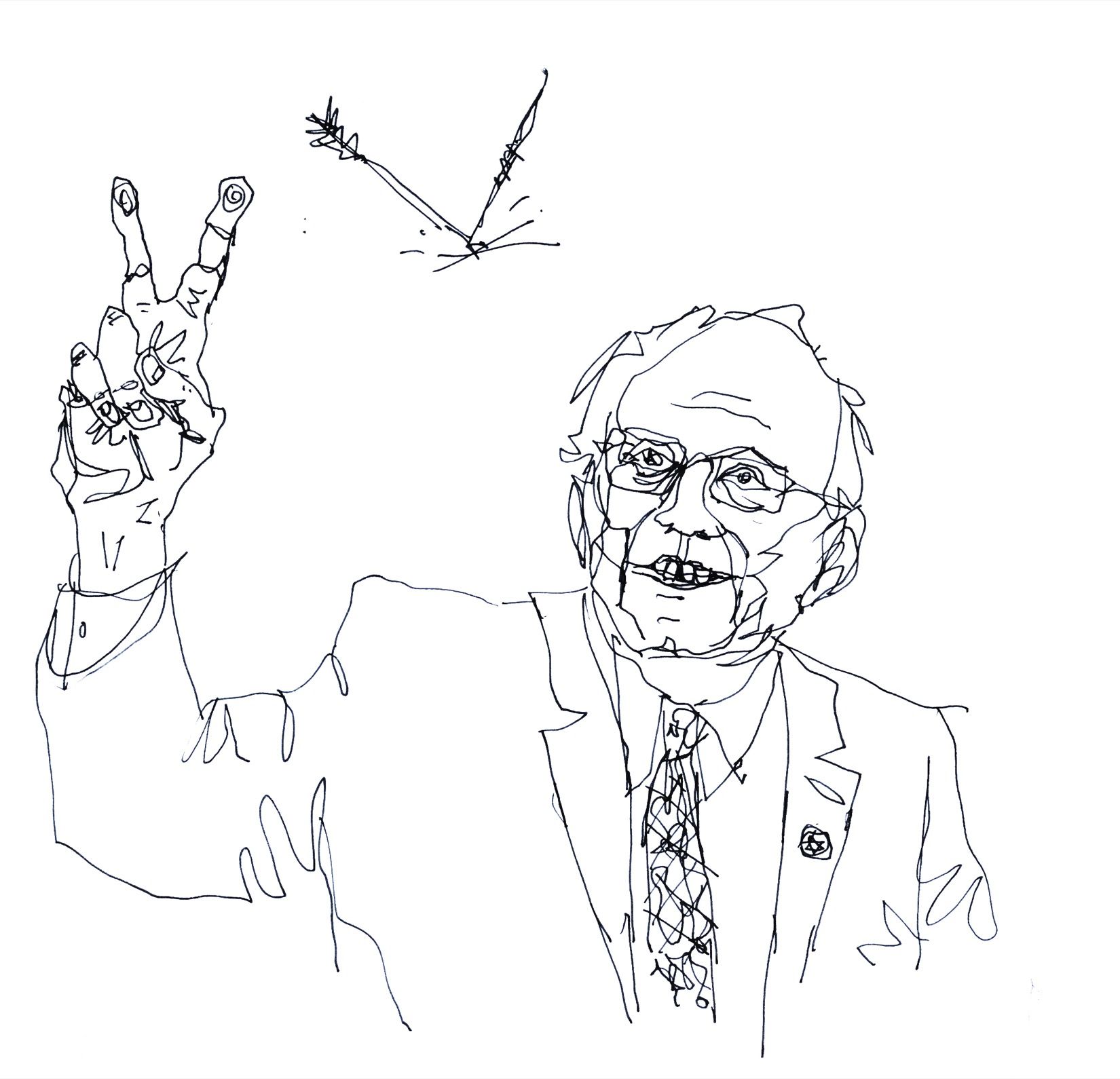 If the 2016 presidential race has revealed anything about US politics, it has shown us how little remains off-limits. This, in the face of a history of strict presidential fitness: of the 43 derrieres to have occupied Washington’s top seat, all have belonged to men; all but one have belonged to Protestants; and all but one have been white. Of course, Barack Obama’s election in 2008 demonstrated that an African-American candidate can marshal an electoral majority, despite ongoing racial tensions throughout the country. Hillary Clinton’s overall lead in the Democratic polls may result in the first non-male presidency. With her recent narrow victory in the Iowa caucus, she became the first woman to win that contest; her potential to break this ceiling of male political power has rightly drawn a stream of attention since she declared her intent to run in 2008. Another matter, championed by conservative media, is that Ted Cruz’s triumph in Iowa makes him the first Latino candidate to win there. Furthermore, Bernie Sanders’ success in New Hampshire makes him the first socialist to make a serious bid for the presidency since Eugene V. Debs ran from inside a prison cell in 1920. Amidst the hubbub over these firsts, one ceiling stands out as absent from the discourse: that the socialist Senator Sanders is also Jewish.

Maybe the silence on Sanders’ Jewishness is a natural, admirable measure of inclusion in American politics. Maybe we now live in a country that has shed religion from the political sphere and lives up to Thomas Jefferson’s hallowed dictum, protected by the First Amendment: the separation of church and state. This is a nice idea, but many will find it hard to believe—particularly considering the ways in which religion has factored into the race so far. Most visibly, Muslim-bashing has proven in-bounds for Republican front-runners Trump, Cruz, and Rubio. In well-publicized statements, they conflate American Muslims—a population of 3.3 million—with the Islamic State (ISIS) and radical Islamic terrorism broadly-defined. Their discourse recalls the unfounded claims that Barack Obama is a Muslim—claims levelled as accusations during his candidacy, such that viewers of mainstream TV might have thought "Muslim" an expletive. Religious tolerance in the US still has profound limits. 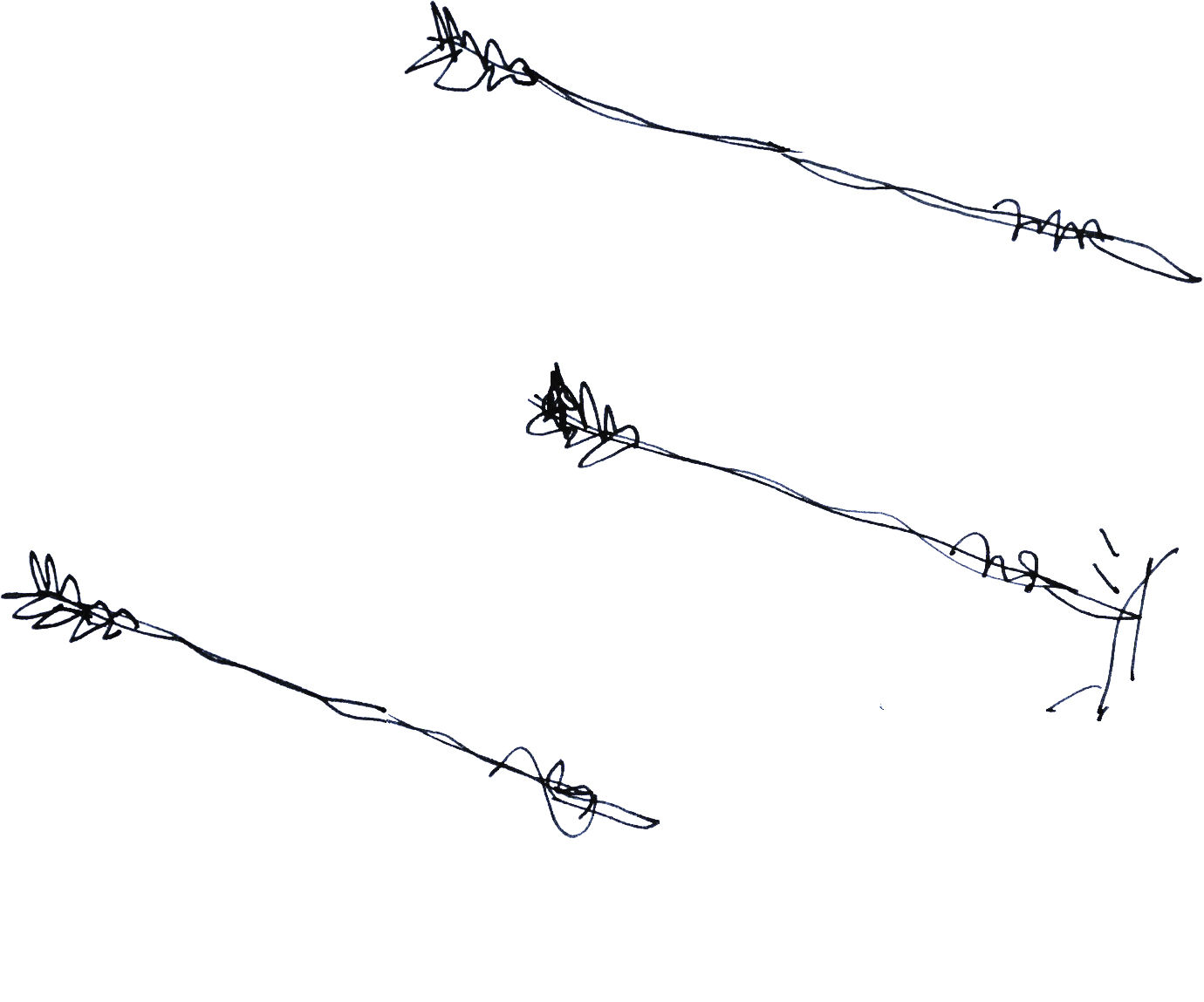 As the typecast president—white, male, God-fearing—begins to split at the seams, it is worth looking at just which seams are splitting, and which aren’t. According to a Gallup poll from June 2015, 38% of Americans would not vote for a Muslim presidential candidate under any circumstances. But other groups have gained more acceptance: Sanders faces only 7% of the population who would not elect a Jew; Catholics Jeb Bush and Marco Rubio face such discrimination from only 6%. Clinton, a Methodist, is up against a slightly steeper 8% of Americans who would not vote a woman. But above all these, 40% of Americans say they will not vote for an atheist—apparently, none are running.

Pundits have proffered the idea that Bernie’s non-issue is simply symptomatic of internal politics among Democrats and will acquire full issue status should Sen. Sanders enter the broader, more religious field of the general election. Predictably, the average Republican voter is more likely to declare herself religious than the average Democrat, and, according to Pew, a full 70% of white evangelicals lean Republican. Yet, according to another 2015 Gallup poll, Republican voters are more likely than Democrats to vote for a Jewish candidate, and are more willing to elect a Jew than a Catholic. It does not seem that Republicans are postponing their attacks on Sanders until the moment is ripe—conservative candidates, particularly Mr. Trump, have not hesitated to play the 'socialist' or 'communist' card in reference to the Democratic field, and Sanders in particular. These critiques are not surprising, given that only 26% of Republicans would vote for a socialist candidate.

The non-issue of Sanders’ Jewishness sheds light on popular conceptions of who does, and who doesn’t, pass muster as an American. American-ness has never been reducible to citizenship, though citizenship is often a proxy over which differences in race, ethnicity, country of origin, religion, and values are played out. Among the many identities that make up the nation, Jews have been more deeply enfranchised than many other minority groups, especially over the last half-century. Jewish candidates do face prejudices that a Protestant does not: anti-Semitism is an enduring force in many communities, and theories about international Jewish conspiracy abound. But in terms of political precedence, they face fewer hurdles than many other minorities. Consider that two other Jewish candidates have sought the top job—Pennsylvania Gov. Milton Shapp, in 1976, and Joe Lieberman, in 2004. Or, that L.C. Levin was the first Jew to reach the US Congress, back in 1845, and that two hundred have done so since. The first Muslim to be elected to Congress was Keith Ellison. That was in 2007.

Thanks to such precedents, Sanders has not had to break any ceilings just yet. He has been able to eschew conversations about his faith, preferring to focus on “the issues.” When the matter comes up, it is rarely at Sanders’ behest. In those situations, Sanders has avoided scandal by forthrightness. Whereas Obama was forced onto the defensive by false allegations, Sanders has simply acknowledged being a Jew—he says he believes in God—and pointed back at Wall Street. While on a talk show hosted by Diane Rehm last June, he was asked about false claims that he had dual citizenship with Israel, Sanders gave his piece: “I’m an American,” he said, “I don’t know where that question came from. I am an American citizen, and I have visited Israel on a couple of occasions. No, I’m an American citizen, period.” Sanders followed up this rhythmic assertion with another revealing tidbit: “You know, my dad came to this country from Poland at the age of 17 without a nickel in his pocket. He loved this country.” No Promised Land—just a fervent faith in the American Dream.

Declaring faith in the Dream is not a new move. Sanders’ reply recalls that of John F. Kennedy during his 1960 presidential campaign, as he spoke to claims that his loyalty to the Vatican might supersede his patriotic duty. “I am not the Catholic candidate for president,” declared Kennedy. “I am the Democratic candidate for president who happens also to be Catholic.” As non-Protestant candidates, both have made a pivot from religion to nation or party; for many voters, this pivot does the trick. But not all of them. For many, flag-waving cannot make up for skipping church, and candidates know this. Last week, Sen. Cruz declared, “I am a Christian first. I am an American second. I’m a conservative third. And I’m a Republican fourth. And I’ll tell ya, there are a lot of Americans who feel the same way.” In strongly evangelical Iowa and among conservatives generally, this position apparently served Cruz. To be a Christian first is an expression of American-ness in the eyes of some voters, and rather than being forced like Kennedy and Sanders to separate church and state, the Protestant candidate has the privilege of conflating the two.

Sanders has drawn criticism for his silence on foreign policy, but his stance on Israel is telling. He endorses the “two-state solution,” but he does not support Israel wholesale: he was one of only 21 senators to abstain from the otherwise-unanimous Senate Resolution 498, sanctioning Israeli action in a missile exchange with Palestinian Gaza; he also boycotted public appearances by Israeli Prime Minister Benjamin Netanyahu. Meanwhile, Rubio and Cruz have received high ratings from pro-Israel publications, largely for their militant support of the Jewish state in the Middle East.

So he is not the Zionist candidate for president, but he may still benefit from Zionism. One wonders about the effect of Jewish-affiliated campaign donations. Sanders himself makes a point of scrutinizing sources of campaign money, and recently critiqued Clinton for her acceptance of some $700,000 from Goldman Sachs, which he claims will bias Hillary in favor of financial powers. His own campaign is built on small donations of unconfirmed origin. But Clinton and much of the Republican field have accepted donations from Jewish interests—powerful incentives to avoid anti-Semitism. According to the Center for Responsive Politics, in the period from 1990-2006, Zionist interests alone (not to be confused with a far greater figure for all Jewish sources) contributed $56.8 million to federal campaigns and party groups. In the same period, the figure for all Muslim and Arab interests combined was only $800,000. This ratio goes a long way in explaining why some candidates comfortably bandy hate for Muslims, but are hesitant to alienate Jews.

Protected by precedence and interest, Bernie has managed to avoid the topic of God remarkably well. Instead, he has taken every opportunity—climate change, the financial crisis, profound income inequality—to wave the flags of science, pragmatism, facts. So, even if he is elected, Bernie Sanders might not be best-described as the first Jewish president. More so than the slightly-Christian Thomas Jefferson or the light-on-religion Barack Obama, a President Sanders might be a truly secular Commander in Chief. To illustrate: at a Baltimore mosque this January, Obama concluded a speech condemning anti-Muslim rhetoric as he usually does: “…and may God bless the United States of America.” Sanders, celebrating his near-win in Iowa, gave a different parting message: “…when our government—the government of our great country—belongs to all of us, and not just a handful of billionaires; when that happens, we will transform this country.” Applause, and the speakers cut to David Bowie. Not a trace of God in the whole speech. Is Sanders the Jewish candidate for president? Or, is he the secular candidate for president, who happens also to be Jewish?

LANCE GLOSS B’16 is registered as an Independent.