While most people who watched the Super Bowl 50 halftime show were blown away by Beyoncé’s fierceness, dancing, and profound use of the word slay, some of us were also in awe of her aggressive and unapologetic Blackness. David A. Love of the Grio described the performance as something that will “influence [future] times for black people, but also echo the struggles and movements that are taking place at this moment in time.” Her new song, “Formation,” is not only catchy, it’s thoroughly Black. The song’s wildly popular video touched on police brutality, Hurricane Katrina, and her racial background, saying, My daddy Alabama, Momma Louisiana/You mix that Negro with that Creole make a Texas bama.

She kept the Blackness of her song in full view by choreographing a performance that honored the Black Panther Party, Malcolm X, and the Black Lives Matter Movement. Dressed in all black surrounded by Black dancers wearing black berets, black leather, and afros, it was hard to miss her statement. The political undercurrent of the performance was not accidental. Super Bowl 50 also happened to coincide with the 50th anniversary of the founding of the Black Panther Party.

Not surprisingly, there has been controversy across the nation surrounding the song, but especially the halftime performance. Twitter has been on fire with outcries from all sides. While one tweeter said she was “offended! [Because] Beyoncé didn’t have any Caucasian Back up dancers! She’s Racist!” Another tweeter on the other side of the spectrum said he, “realized what in his life isn’t important (car, kids, food, etc) and can be sacrificed for Beyoncé tickets.” Media reactions ranged from calling a Beyoncé an advocate and an activist, to calling her a racist and saying she #ruinedthesuperbowl. One particularly angry—and random—pundit (and person in general) is former mayor of New York, Rudy Giuliani, whose highly intelligent take included him saying he didn’t, “know what the heck it was. A bunch of people like bouncing around and doing strange things.” In response to Giuliani’s rant, in which he also called for more wholesome halftime show entertainment, Jessica Williams of The Daily Show went on a rant of her own. She said she “didn’t realize that singing about race was equivalent to Janet Jackson getting her titty pulled out at the Super Bowl.”

Regardless of what side of the spectrum viewers are on, it is a fact that Beyoncé’s performance made a statement. She is obviously a Black Bill Gates in the making. Whether people love her or hate her is up to them. However, whoever is mad at Queen Bey is probably just a corny hater. Who knew that the Super Bowl halftime show could be anything other than accidental nudity or mind-numbing pop songs for white middle class families. It is clear Queen Bey, did not come to play with you hoes, she, came to slay, bitch. –CH 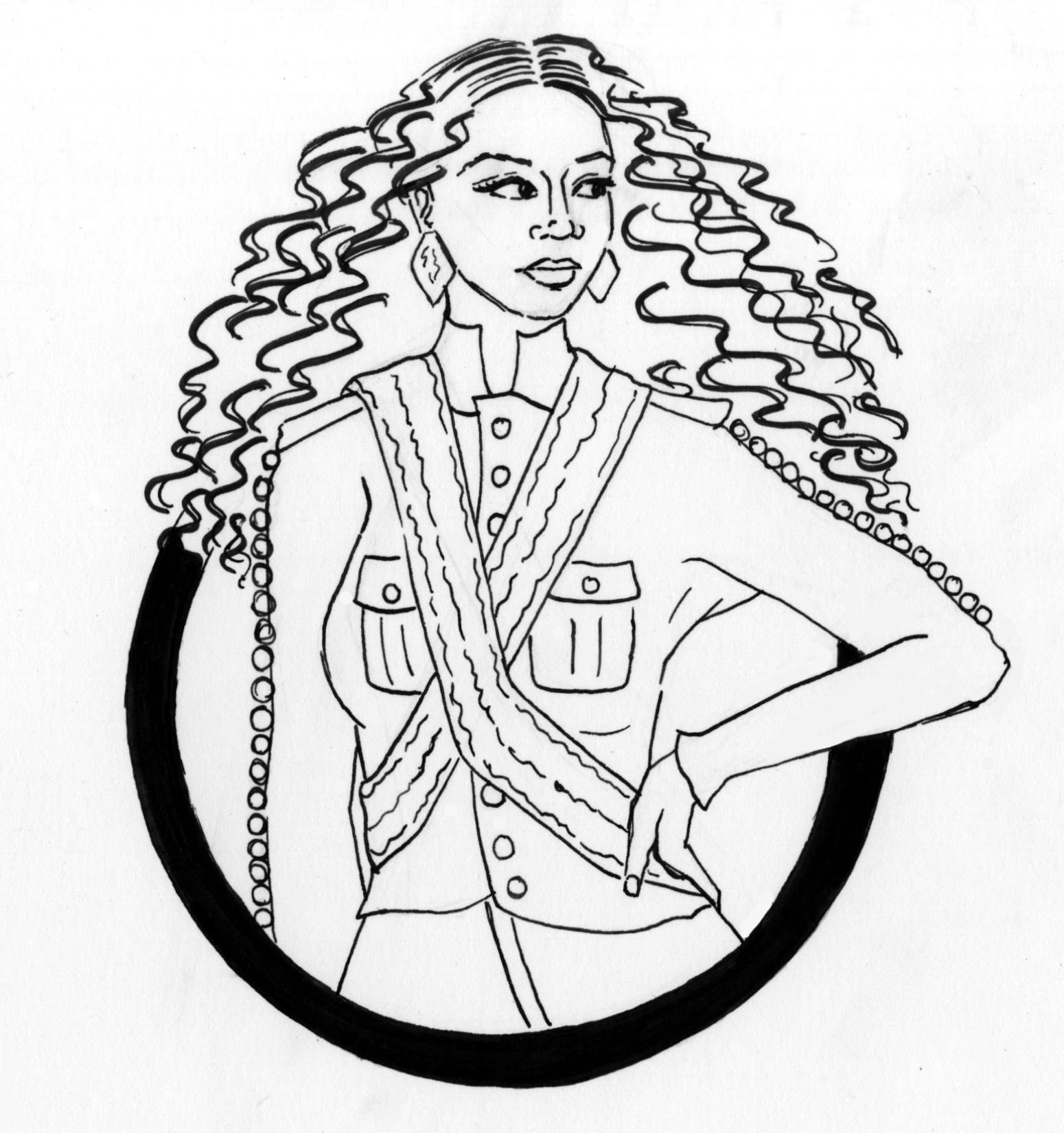 Last October, Michigan resident Aziah Wells took the Internet by storm under her nom de guerre, Zola. On her Twitter account, Wells recounted a spur-of-the-moment trip to Florida with a fellow stripper named Jess whom she had just met, and the chaos that ensued. In the 150 tweets there are twists, betrayals, and a shooting—literally fulfilling Chekhov’s rule that when a gun is introduced in a story, it must eventually go off. Wells’ voice is also incredibly entertaining. At one point, when Jess and her boyfriend begin arguing after he finds out that she has been engaging in prostitution, Zola goes off to the pool because “I mean, i am in florida !” The riveting tale quickly went viral, and Wells has enjoyed the Internet fame worthy of someone who managed to accidentally tweet the perfect plot for a Hollywood thriller.

In fact, Hollywood may be where Wells’ story is headed. According to Deadline, as of last week James Franco is set to direct an adaptation based on the Rolling Stone article that investigated the series of tweets. Wells seems excited, having tweeted the week before, “If I told y’all who I got a call from today you would never believe me.” Though James Franco is perhaps an odd choice of director, it still feels appropriate that the Zola story will make it to the silver screen. After all, Wells’ story promises a kind of equality in social media. With 150 tweets and no connections to the film industry, a young woman from Michigan will get to see herself portrayed on the big screen. Perhaps the movie could still end with her original last line: “If u stuck with that whole story you are hilarious lol.” –JA 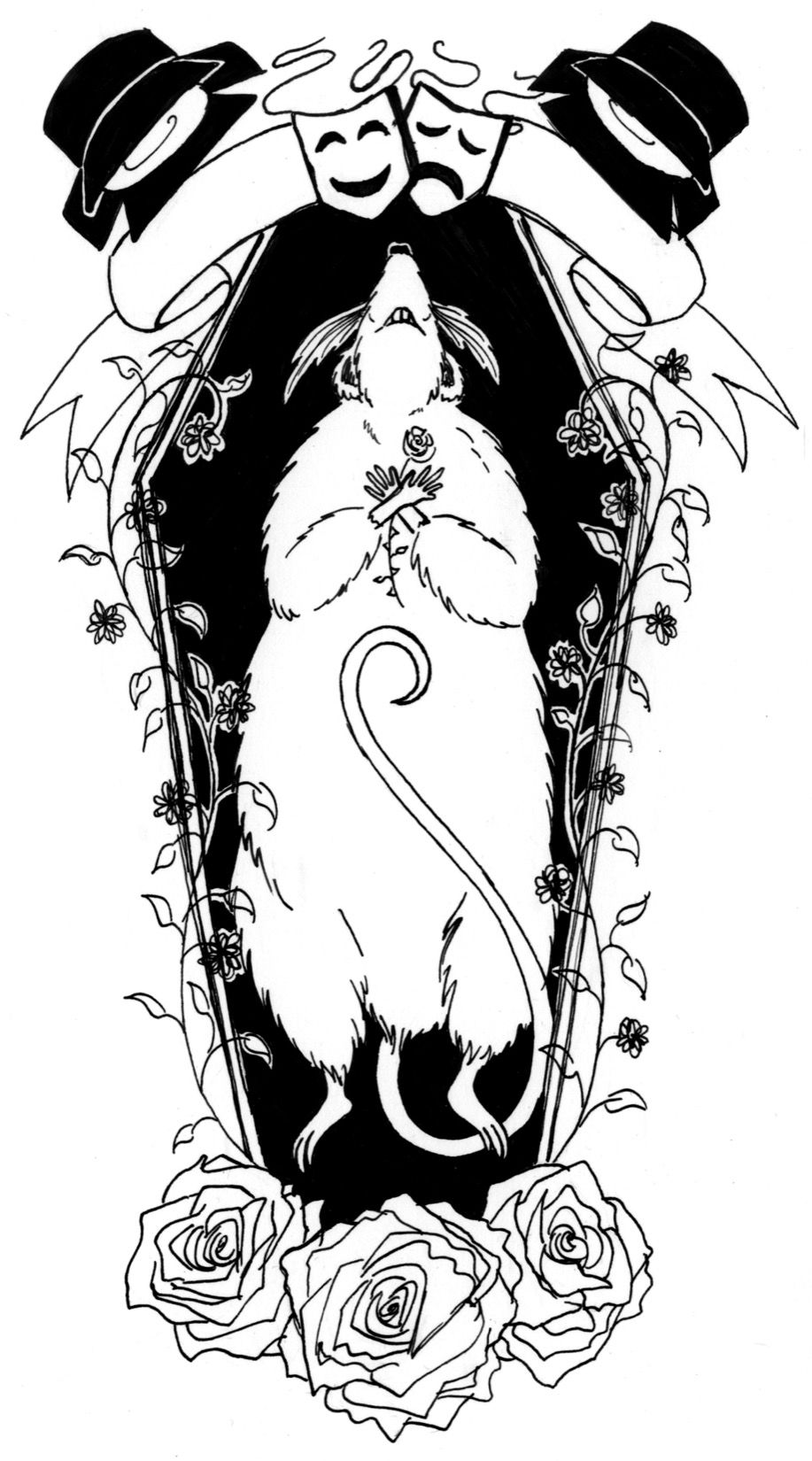 The Young and the Ratless

Only the good rodents die young. Isn’t that what they say? This week, Rose, the albino rat starring as “Toby,” the protagonist’s pet albino rat in the critically acclaimed Broadway show The Curious Incident of the Dog in the Night-Time, met her untimely demise in a tragic accident at her Upper West Side apartment—four days after making her acting debut. Rose was just eight months old. Her guardian, Curious Incident’s veteran animal trainer Lydia DesRoche, explained to the New York Times that Rose was playing on some shelves in another room when “a metal door on one of the shelves came off its hinges and landed on her.”

Rose’s was the classic Broadway story: fate hands a young, penniless, born-performer a ticket to the big time—only to rip it from her paws just as she begins to fully grasp it. This past July, Rose was rescued by DesRoche after being abandoned on a West Side Highway median strip along with, inexplicably, dozens of other albino rats. As Rose regained her health over the following months, DesRoche noticed an adventurous spirit surfacing in Rose and decided to take her to the stage on a whim. She was a natural. Rose stood atop Toby’s red cage bruxing her incisors and boggling her eyes “like a possessed vaudeville comic”—which the Times reports is, somehow, a sign of rat relaxation.

While one might chalk up Rose’s casting to her mentor’s intuition, the Curious Incident cast was facing stormy times when Rose entered the picture and they desperately needed to find a new It-Rat. The rat playing Toby, also named Toby, had suddenly fallen ill with tumors. Unable to perform, Toby was forced to pass the role to her understudy, Tulip. But, it seemed, Tulip choked under the spotlight. Although she was performing eight shows a week, everyone knew the truth: Tulip wasn’t made for the job—not like Rose was. In the days leading up to her death, Rose was already mastering Toby’s kiss scene with his owner, Christopher.

When DesRoche heard the fall from across the apartment, she knew it immediately… something had gone terribly, terribly wrong. “[The rats are] always knocking things off the shelf—it’s like a game. But this sounded like the ceiling came down.” To her horror, DesRoche entered the room and saw *DUN DUN!* Rose’s delicate white body crushed beneath a pile of paper, file holders, and the metal door. Rose died of her injuries en route to the veterinarian.

Although the late actress’ death is being ruled a freak accident, there were no witnesses to her fall. With Tulip’s whereabouts at the time of the accident unaccounted for, this Broadway drama may be just beginning to unfold… –LC