The Global Politics of M.I.A, Soccer, and Jerseys 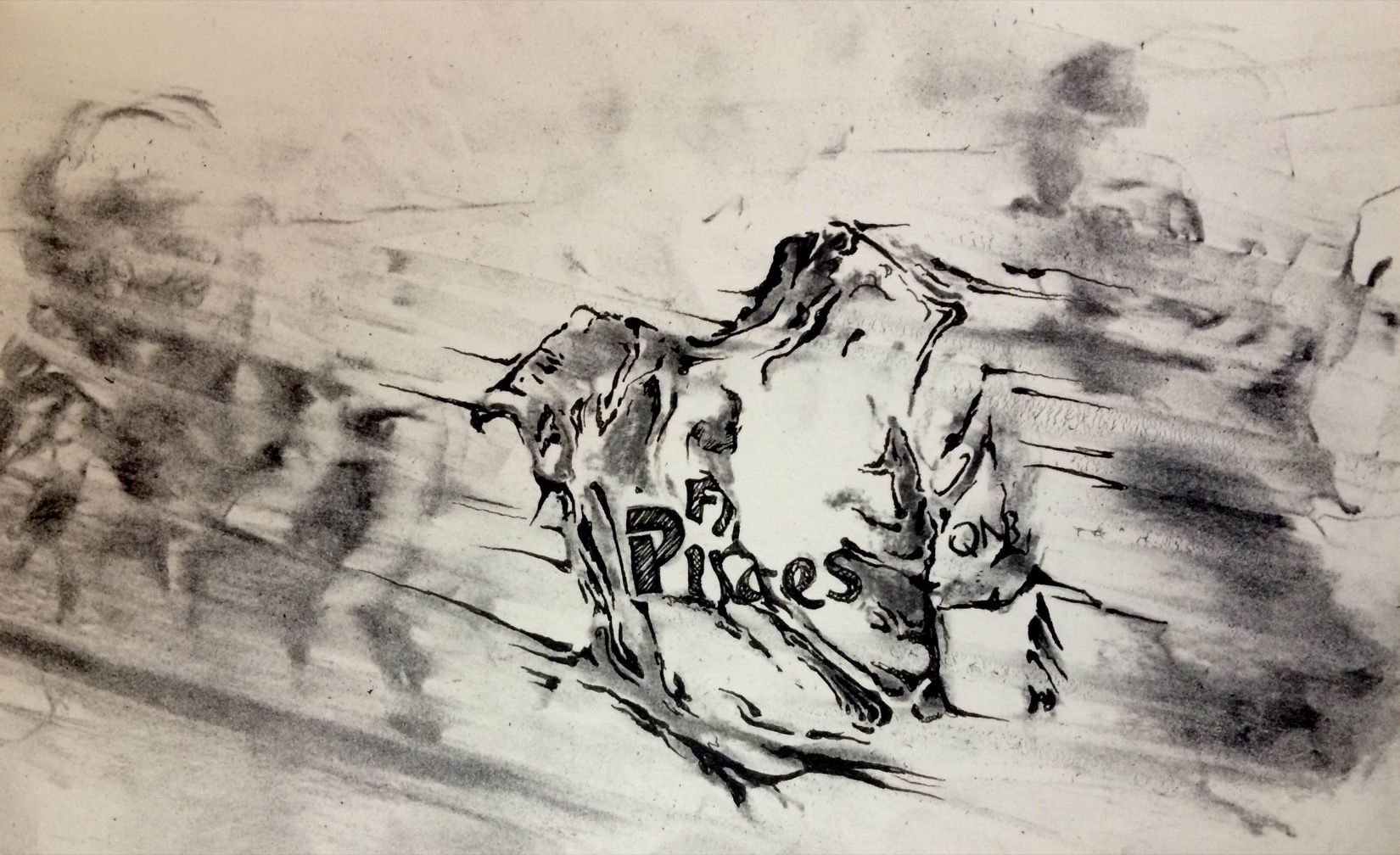 Those who are familiar with the singer/musician M.I.A., born Mathangi Arulpragasam, know that she presents a certain air of unfuckable-with-ness. This fact may have been lost on the owners of the Paris Saint-Germain Football Club (PSG), who sued M.I.A in January for the use of their Jersey in the music video for her single, “Borders,” released November 27, 2015. At one point in the video, which shows M.I.A. singing against a backdrop of refugees climbing fences, crowded in boats, and standing on the beach, the singer wears a PSG jersey with the “Fly Emirates” sponsorship logo edited to read “Fly Pirates.”

Now, PSG is suing M.I.A, demanding that she remove the video from the internet and compensate PSG for the alleged harm their brand suffered from its use in the video. Somewhat bizarrely, PSG also felt it necessary to mention in their cease-and-desist letter that their club has “a remarkably impressive track record,” a “prestigious image in France and worldwide,” and that the club’s charitable foundation donated one million euros toward the refugee crisis (and is therefore absolved from ever again considering the situation). The response suggests a degree of fear, like a group of thirteen year old boys desperate to prove that their soccer team is, indeed, the best, and that they are, indeed, men. PSG is one of the richest football clubs in the world, making their demand for compensation frankly ridiculous from a financial standpoint. Deeper digging into the politics at play, though, reveals a variety of much slimier motives.

In response, M.I.A. took to the airwaves, giving an interview on Democracy Now. She said, “Obviously I don’t want to talk about fashion, but this is a fashion issue…If you look at Third World countries, not just the refugee issue, but if you just look at Third World countries as a whole…Wearing football tops has been the uniform [of] the underprivileged people of the world, because that is the cheapest thing we can find. It’s bootleg stuff. We bootleg the biggest brands.” She’s correct; it is a fashion issue, but one that reflects broader forces in the world of soccer. PSG, in allowing it to exist, implicitly supports the massive soccer jersey bootleg industry insofar as it indirectly profits them by increasing their exposure, but as soon as some manipulation of the symbols occurs, as soon as some representative power is taken from them, they balk. In effect, PSG wants the global underprivileged to know about them, but only on the condition that PSG is not associated with them in the ‘Western’ eye. This exploitative relationship exists beyond the realm of soccer jerseys; in fact, it’s pervasive to the global soccer competition industry.

Playing sports in the United States is not cheap. American football requires extensive outfitting; baseball requires bats, gloves, and helmets; and basketball, though limited in special equipment, needs a specialized court with hoops. Soccer, on the other hand, requires only a ball to be played, which may explain, in part, its emergence as the only sport of its kind in terms of global reach: almost everywhere in the world, boys can play soccer.

Thus the ubiquity of bootleg soccer jerseys, especially amongst young men. They exist at an intersection of cultural relevance, inexpensiveness, and conveyed youthfulness that no other item of clothing inhabits

It would be too easy, however, to assume that soccer’s relatively low economic barrier to entry translates to an absence of post-colonial power dynamics on the international soccer stage. It is no coincidence that PSG’s jersey displays “Fly Emirates” far larger than their own club name, nor that to tamper with the corporate logo was seen as equivalent to tampering with the club brand itself. At the outset of the corporate explosion in soccer during the 70’s, the FIFA organized world-cup was at the forefront of the commercial-soccer world, but they have since been outpaced by European and British Clubs and the sporting competitions between them, as opposed to global competitions between national teams.  The most famous of them, teams like PSG or Manchester United, have nearly unlimited funds as a result of the corporate sponsorships they are so desperate to protect, which they use to recruit the best soccer players from developing countries around the world by offering salaries that clubs in the players’ home countries cannot compete with.

The practice is so extensive that between the top five African teams who played in the 2014 world cup (Ivory Coast, Ghana, Algeria, Nigeria, and Mali), there were only five out of 150 players playing in domestic leagues during the regular season; the rest played for European clubs during the regular season. Clubs in developing nations, especially in Africa and South America, lose their best players, and as a result have had immense difficulty developing successful domestic leagues, while the wealthiest European teams benefit from the domestic league labor expended to train these players. During the World Cup, when athletes play for their home teams, the balance is restored, but from a financial standpoint the FIFA organized world-cup is hardly relevant anymore; it’s inter-club competitions that matter. The phenomenon has been dubbed the “muscle drain.”

If “Borders” is about the damage that borders can do to our ability to empathize, it might seem that M.I.A. would be critical of the argument that particular countries deserve to keep their best soccer players, that national boundaries should be respected as opposed to transcended. Ultimately, however, this would be a misreading of the spirit of the song.         A couple weeks ago M.I.A. tweeted, “PSG should withdraw B 4 people scratch the surface material and get into the politics of it all.” That is to say, M.I.A. is aware of the broad inequality in global soccer, as well as the two-faced nature of the European leagues’ relationship with soccer in developing nations: they support player development only insofar as it might fill their own pockets, but seem to have no interest in supporting a soccer infrastructure that could benefit the     whole nation.

In January, a photo of a five-year-old Afghan boy wearing a homemade Messi (one of the world’s biggest soccer stars) jersey, fashioned out of a plastic grocery bag, went viral. Eventually, the identity of the boy was discovered, and he has been invited to meet Messi. The story seems to be an example of the globally empowering effect of the soccer industry. In the same vein, “muscle drain” players recruited from nations where they lived in poverty can become millionaires. But these snapshots create an illusion of a warm and fuzzy globalism that the European soccer leaders want us to believe in, so that we ignore the broad exclusivity their practices create by debilitating domestic leagues in developing nations­—in effect strengthening the first world/third world dichotomy, that is to say, strengthening the borders between people.

PSG’s reaction to M.I.A’s music video demonstrates the same hypocrisy. In their letter to her manager, they write, “She denounces…the treatment and living conditions of refugees…we simply do not understand…why we are associated to such denunciation. This association is all the more hard to understand that nothing in our activities…suggests that we have anything to do with the problems highlighted by M.I.A.” Even harder to understand is why PSG should be troubled by being associated with such a denunciation, only to turn and mention their charity’s support of refugees. In other words, PSG is attempting to claim both that they have nothing to do with the refugee crisis and that they are intimately involved in the effort to solve it. It’s the same doublethink they practice when they allow the proliferation of bootlegged jerseys in order to increase their visibility abroad, but panic at the prospect of being linked to refugees in a music video whose audience will be largely European.

The instability of PSG’s position, their own lack of confidence evidenced by the overdetermined section of the letter which details the fame of their club, comes from their impossible desire to be completely apolitical. For their charity to not donate money to the cause would be in itself a statement, so they donate. But they refuse to be associated with the actual bodies, with the physical mark of the people who wear their jerseys, who share their love for soccer. Their bodies are     too political.