On the Brief Life and Instant Death of Internet Hunting 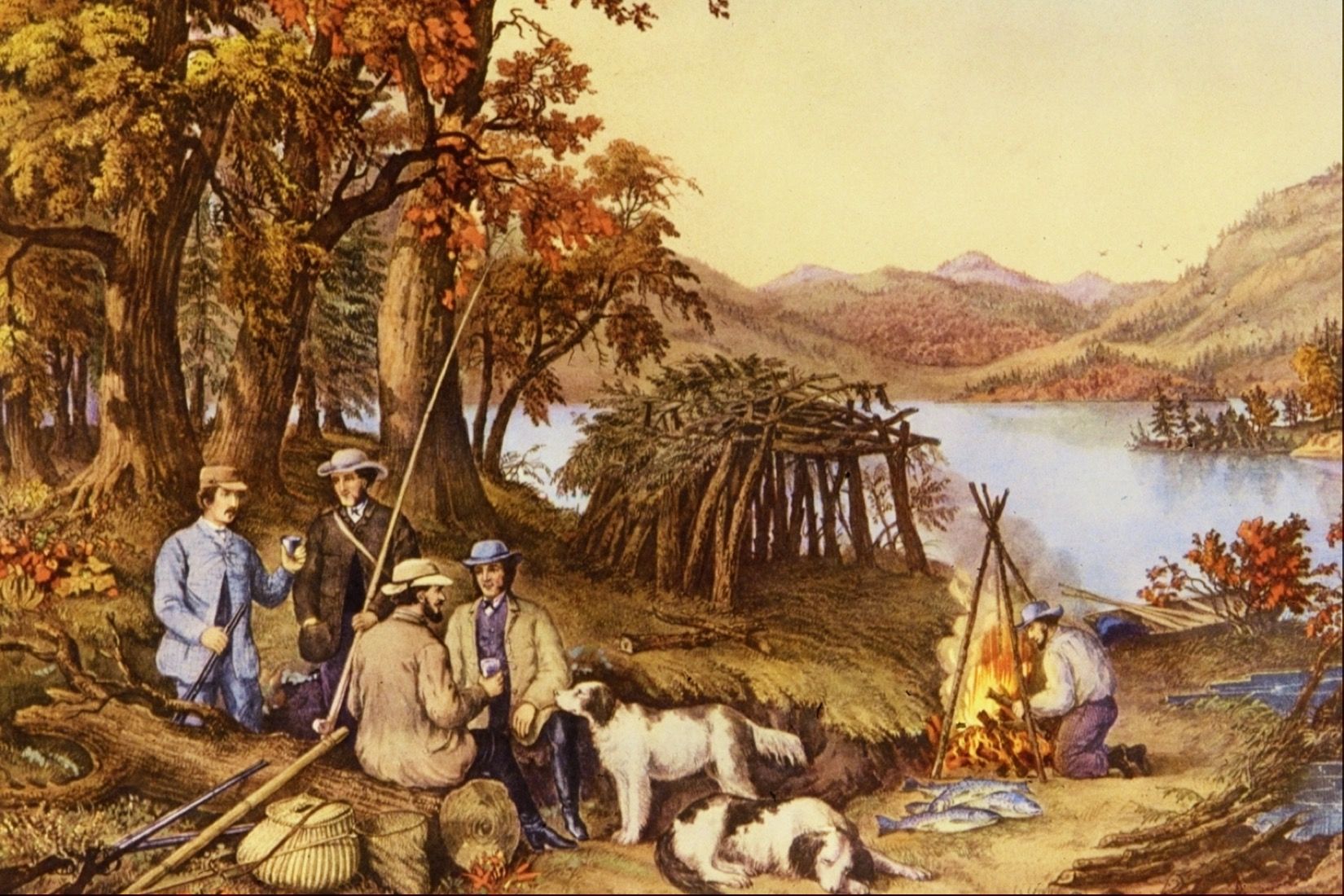 In early 2005, Internet entrepreneur John Lockwood hooked a .30/06 rifle up to an improvised electronic rig and wired the contraption to a simple desktop server. Operating out of a shed on his sprawling Central Texas ranch, Lockwood’s computerized weapon could be controlled remotely—accompanying audio and video streams would aid the virtual marksman as she scrolled and clicked her mouse, aiming and firing the rifle. While the remote control weapon initially allowed Lockwood and his friends to conduct target practice on galvanized steel ducks from their desk jobs in San Antonio, the entrepreneur quickly realized it could be turned onto real animals.

Setting up a webpage, live-shot.com, and stocking the pasture with wildlife, Lockwood developed a site where—for a monthly fee—members could hunt pixelated, yet very real hogs and deer with the click of their mouses. For an additional cost, kills would then be taxidermized, mounted, and shipped to a member’s address. The prospect proved intriguing and soon enough amateur hunters and local news teams flocked to the website. Within days of its creation, however, the website and its remote controlled weapon were also met with serious criticism from a breadth of sources.

Animal rights groups like the Humane Society referred to the practice as “pay-per-view slaughter.” The Safari Club International, a hunting organization, simply said that “it’s not hunting.” These views were soon extrapolated by a Wisconsin lawmaker who wrote, “hunting is being out in nature and becoming one with nature.” Big game hunter Jerry Johnston added that without the direct presence of a person, this sort of act is “simply killing.” And in a rare moment of unity with animal rights and environmental activists, the NRA—who had just helped fund the campaign of a political administration that brought about the introduction of drone warfare—found the practice contemptible, stating that they “believe that hunting should be outdoors and that sitting in front of a computer three states away doesn’t qualify as ‘hunting.’”

As a sport, hunting has always been prone to tap into technology’s ability to cloak and conceal the bodies of its practitioners. Hunting blinds, camouflaged structures from which hunters can track their prey, date back to the introduction of the sport itself. More recently, the advent of compound bows as well as high-performance range finders and ballistic calculators allow hunters to stalk and kill prey from a distance formerly unimaginable. This is not to mention the plethora of specialty devices, like the Ozonics machine that changes oxygen molecules into ozone molecules, that render one’s scent undetectable to downwind game. The hunter’s body is in a constant state of becoming-absent. And yet, the fervent criticism of Lockwood and his site speaks to the necessity of that ‘becoming,’ for once the body is truly absent, the practice appears radically inhumane. In the fight against live-shot.com, critics leaned on the ethics of ‘fair chase,’ a code which asks that the animal is provided with a “reasonable opportunity to elude the hunter.” While it is often invoked to stop hunters from herding or artificially trapping live game, this concept of fair chase found an application in the Lockwood case when critics inferred that it also necessitated the physical presence of both the prey and the hunter. That is, the animal must have the opportunity to detect and escape its predator—a condition impossible to achieve when this predator is sitting at a computer seemingly anywhere in the world, gazing through a high-definition optical lens.

Though Lockwood initially tried to fight off his critics, claiming that his site was designed for disabled hunters who were no longer capable of practicing the sport (at one point even publishing a thankful letter from an Iraq War veteran), he ultimately found the criticism overwhelming. The entrepreneur eventually decided to revamp live-shot.com as a site on which members could take aim—this time with a paintball gun—at bikini-clad women, Michael Jackson impersonators, and cardboard cutouts of Osama Bin Laden.

It’s troubling that the sort of criticism Lockwood faced never seemed to crop up, at least not with the same haste, when drones found their lethal military use. In fact, it was within the military that drones were first enthusiastically titled

Hunters and Predators—the very nominations the NRA and others had previously found so unpalatable. Other drones would pick up names like Roadrunner or Striker, making the disquieting connection to sport even more apparent.

It wasn’t only in name, however, that drones and sports found common ground in the military. Soon after implementing its comprehensive surveillance programs in the Middle East as well as along the US-Mexico border, the US Air Force (USAF) and the Defense Advanced Research Project Agency (DARPA) found that their hovering cameras simply gathered too much visual data to analyze effectively. To help interpret the images their drones had captured, the USAF and DARPA began organizing meetings with executives at ESPN, believing that the broadcasting techniques that delivered compelling Sunday night games might also be employed to develop interpretable narratives for suspected insurgents and border-crossers.  Chief among these technologies was the recently created Full-Motion Video Asset Management Engine, a comprehensive device which, previously used to tag professional athletes in sports coverage, could now help the military  track their own targets.

This collision between sport and counter-insurgency comes to an uneasy head when one looks at the language used within the US program of targeted killing. Each week, the White House holds a morning meeting titled “Terror Tuesday,” in which the President and dozens of members from his national security team pore over potential target IDs that are perversely called “baseball cards.” In addition to the suspect’s name, these cards also carry what’s referred to as signals information (SIGINTs): any relevant data gathered on the subject from drone surveillance and wire-tapping. If any card racks up enough SIGINTs or ‘points’ and receives Obama’s approval, it is placed on the President’s Kill List. It’s worth noting that these statistics alone are enough to qualify one for assassination. That is, a target doesn’t have to be identified visually or by name before a Predator drone is allowed to swoop in and eliminate them.

As Walter Benjamin predicted in “Theories of German Fascism,” future wars would present a new “face which will permanently replace soldierly qualities by those of sports; all action will lose its military character, and war will assume the countenance of record-setting.”

JONAH MAX B’18 has never been hunting