An Interview with Chang-rae Lee 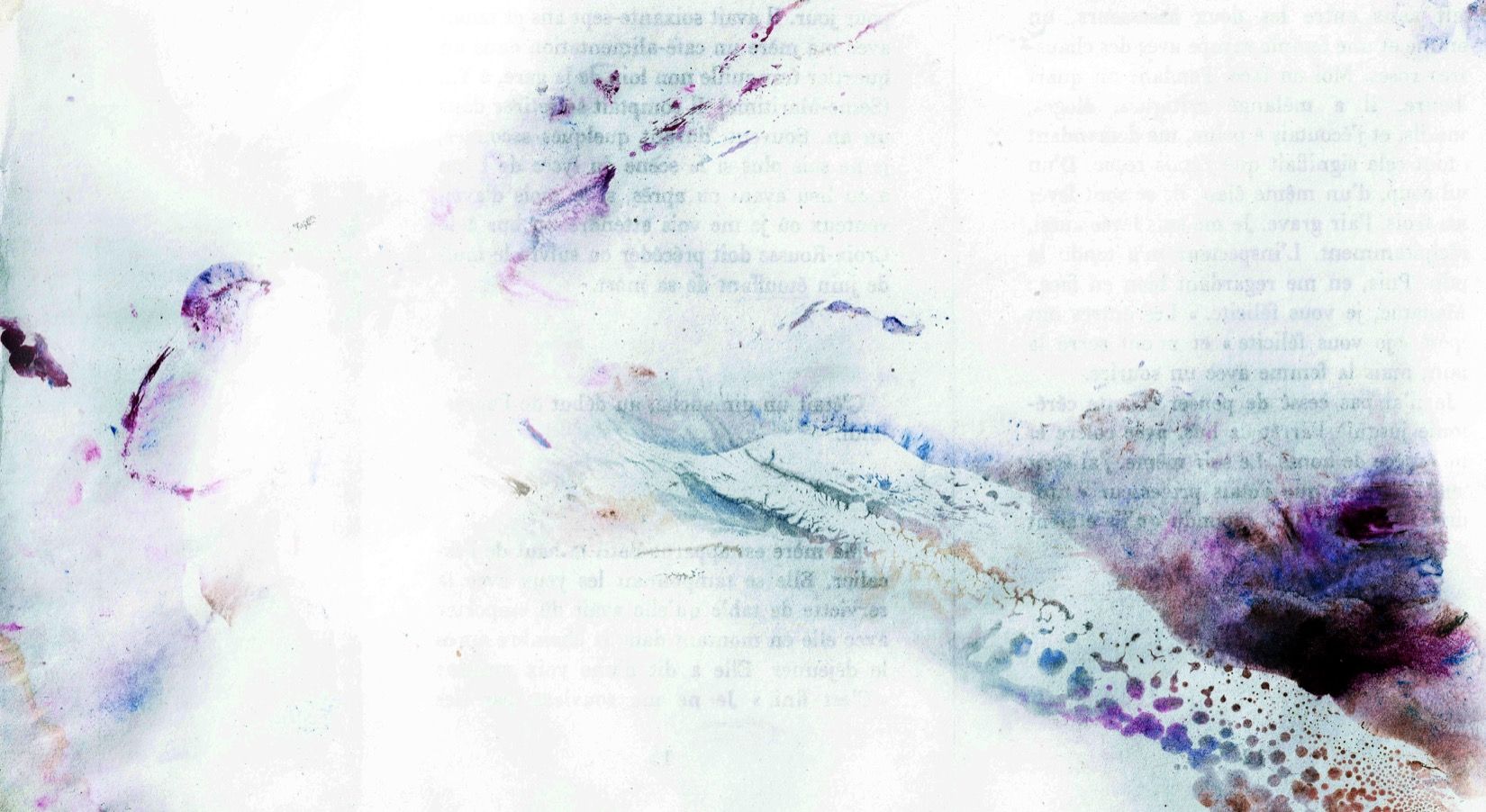 It’s hard to believe that Chang-rae Lee fell into writing by accident and as a second career. He possesses a unique ability to write convincingly from the perspectives of a diverse array of characters—from a Korean American spy in Native Speaker (1995), to an aging Italian-American in Aloft (2004), to a Chinese-American fish farm worker in his most recent book, On Such A Full Sea (2014). Common among his literary creations is a nuanced understanding of what it means to be an outsider. Lee himself emigrated from Korea to the United States with his parents at the age of three and is no stranger to the themes of belonging, displacement, and identity. In his work, Lee has exposed readers to worlds as far apart as the suburbs of Long Island, and a dystopian version of Baltimore. Through his understanding and command of language, Lee creates compelling, lifelike tales about acceptance, rejection, success, and failure. Lee speaks slowly, gently, and with a contemplative self-awareness. The Independent spoke with him from his home in Princeton, where he writes and currently teaches.

The College Hill Independent: After college, you worked briefly on Wall Street before turning to writing and teaching creative writing. Why writing?

Chang-rae Lee: I think it was an evolving process. I’d always enjoyed reading books and was a fan of literature. I think that, as all avid readers feel at some point or another in their reading lives, I thought I’d like to take a chance—take a shot at writing something myself to give someone else that feeling I got when I read something that I enjoyed, or thought was particularly different or fresh. [It was] something that I naturally put away because—most probably due to my immigrant upbringing—my parent’s vision for me, even though they were very cultured and educated people, was that I have a professional and economically stable life. So I think that that notion which I find totally honorable was probably ingrained in me in a way I wasn’t even cognizant of. And well, probably as a result, I always thought that writing was something I would do in my own time as a hobby, and not something I’d make any kind of career out of. So even though I ended up doing a lot of creative writing in high school—I actually didn’t do any in college for lots of reasons—it was kind of always in the back of my mind.

The Indy: If you weren’t in creative writing classes in college, what classes did you find most engaging?

CL: Definitely one of my favorite classes was taught by Henry Louis Gates, Jr., you know, who runs the Center for African American Studies at Harvard. He was an English professor back then at Yale. He taught a class that everyone had to take—but he made the class his own. It was a class in which the reading list was all autobiographies—Rousseau, Frederick Douglass—I can’t remember it all, but it was a fascinating reading list. So the discussion of the literature was great. And it was great because he was there—he was so dynamic, strutting around the room, being brilliant and profane. It was just great. But also he had us do some autobiographical writing, which was fun. It wasn’t pressured like a writing workshop. It was just kind of exploratory and fun.

I’m not a teacher like that but I think the best classes you’re in are the ones in which you surprise yourself, not just the ones in which you learned a lot—the classes where you find things out about yourself that you didn’t know about and felt good. Even thirty years later, people from that class still get together, and we still talk about that class and how great it was. I think I was the only one who ended up a writer!

The Indy: Speaking of teaching—how does teaching inform your writing and vice versa?

CL: Well I’ve always taught since starting my writing career. Frankly, I started it not because I’d always thought I’d be a teacher, but because it was a job and a way to pay bills. But over the years I’ve come to really enjoy teaching, and not because I see it as any part of the writing life. My job as a teacher is really quite the opposite of my work as a writer. My job as a teacher is to be focused on the consciousnesses and psychology of everybody else. Sure, I have opinions and everything like that, and certain notions of how narrative works. But my job as a teacher is to be a guide to reading, how to read closely, and also [to be] an advisor about all these different forms that students come up with—kind of an analyst, as it were. So it’s all about them, and not about me. And writing is the opposite—I’m trying to completely shut out everything else, shut out the world. So it’s two very different activities. As a teacher I’ve always enjoyed the freshness and energy of the students. That’s maybe the one connection they always remind me about—about possibility, and being daring, and taking risks, and maybe the benefits of not being so studied, not knowing everything.

After graduating from college I think two things were catalysts for my taking the plunge [to being a writer], one of which was that my roommate at the time and good friend was embarking on a career as a writer. That inspired me and jolted me a little bit. The other was that my mother was terminally ill. I was very busy helping her and just being at home with her and checking out of my post-graduate, post-college life, which also gave me a different perspective on how I wanted to spend the rest of my life. Or at least how I was going to pursue the next thing in my life, which included, I suppose, my enduring interest in writing. That pushed me to the idea that I should at least try to write, for a period, and give it a chance.

The Indy: Your book, Native Speaker, came out of your MFA thesis, and is centered around the experience of Henry Park, a Korean-American struggling to assimilate into American society. Given the impact of the class you took with Henry Louis Gates, Jr. and all the things happening in your personal life, did you begin by writing from personal experience? What is the role of your own experiences in your writing?

CL: Well my novels haven’t really been based upon my personal experience very much. Except perhaps my first novel, Aloft, is probably most based on my personal experience, even though that novel is narrated by an Italian-American fellow in the sixties. People always assume that Native Speaker hews closely to my experience. But it’s really not been that way. All novels of course come out of one’s consciousness, but that doesn’t necessarily mean exactly experience. Consciousness does not mirror experience necessarily. For example in Native Speaker—again, people would always assume that character was me—and I always said: “No, he’s a version of someone who perhaps had some of the same concerns I had, but of course was intensified and shaped to being more dramatically interesting than me.” I have written about my experience in non-fictional essays. But the novels are different. I think they need to be. Every once in a while someone can have a personal experience or period that might very well lend itself to be a good novel—but typically not. Novels require so many other things than just someone’s life. But I’m always trying to find experience outside, whether it’s historical or imagined, through which I might be able to explore those concerns.

The Indy: Your work is distinct because you manage to explore such different concerns and backgrounds while generating empathy and understanding for these characters that may be from an unfamiliar culture, place, or time. Have you found that there are particular themes that audiences universally respond to in your writing?

CL: I think they tend to focus on questions of alienation and dislocation, the position of the observer or outsider. But I think also people remark a lot about the form of the writing and the language, which isn’t thematic so much as an aesthetic quality. Maybe that in itself ends up being thematic—a certain kind of vision of what language is and how it forms us and how central it is to us.

The Indy: Your most recent book, On Such A Full Sea, presents a change in terms of genre and style. It’s a dystopian novel that addresses concerns such as income inequality, materialism and climate change. Are there any particular issues—perhaps political issues—you have been interested in writing about lately?

CL: All my books have been quite different. The book I’m working on now is different still. So I guess I’m loathe to say that there are certain things that I want to address. I’m not constituted that way. I hope that all my books address issues! That’s not to say that I hope that they are political. If I’m looking truthfully at the world as I imagine it or see it, it necessarily becomes political. But that’s not where I start. I think that maybe right now with this project that I’m working on—I don’t want to talk about it that much—I’m looking at certain centers of global commerce and psychic energy and so my thoughts are more centered on Asia as a place with a critical mass of energy and all the implications therein. Is that political? I don’t know. Again, as a writer and novelist I’m trying to embrace and focus on just one little perspective I have on the world, to try to make it as vital and interesting as possible.