Edibles From The Farthest Reaches of Our Blue Home Planet, The Earth, and Even Slightly Beyond


To set forth my aims: I am equally invested in tasting and parsing the multifarious ‘nommies’ brought forth from all corners of the globe (to meet their uniform demise in the slimy caverns of my gullet). The three-directional processes in which I am engaged are as follows: ‘eating-in,’ ‘licking-up,’ and ‘parsing-out.’ Because the titular ‘noms’ are shipped to me in lovely pre-sealed packages that crinkle to the touch, and in most instances require no pre-heating or refrigeration, I am able to enjoy said ‘noms’ from the comfort of my very own apartment. My appetite is usually quite small, but still, in all, said ‘nomnoms’ are not very filling or nutritious. Therefore the ‘licking-up’ consists of me scarfing down every last crumb of ‘nom,’ and then running my tongue obsessively over the empty, greasy packaging in order to sate myself. I will not share my snacks, although such esoteric edibles, particularly those from Japan, carry quite a bit of cultural capital among the hipster elite. Finally, and most importantly, there is a ‘parsing-out,’ an attempt to unpack the obscure and oft-inbred logic of these special edition snackfoods. (At the crossroads of novelty and absurdity, a polysaturated poetry might arise.) It’s a pseudo-Freudian adage that playing with one’s food arises from the desire to play with one’s shit—hence, these hyper-playful foods must be the most depraved and forbidden of all.  We can all agree that snacking is deeply political in its motivations, and I hope to treat it with the appropriate gravity. 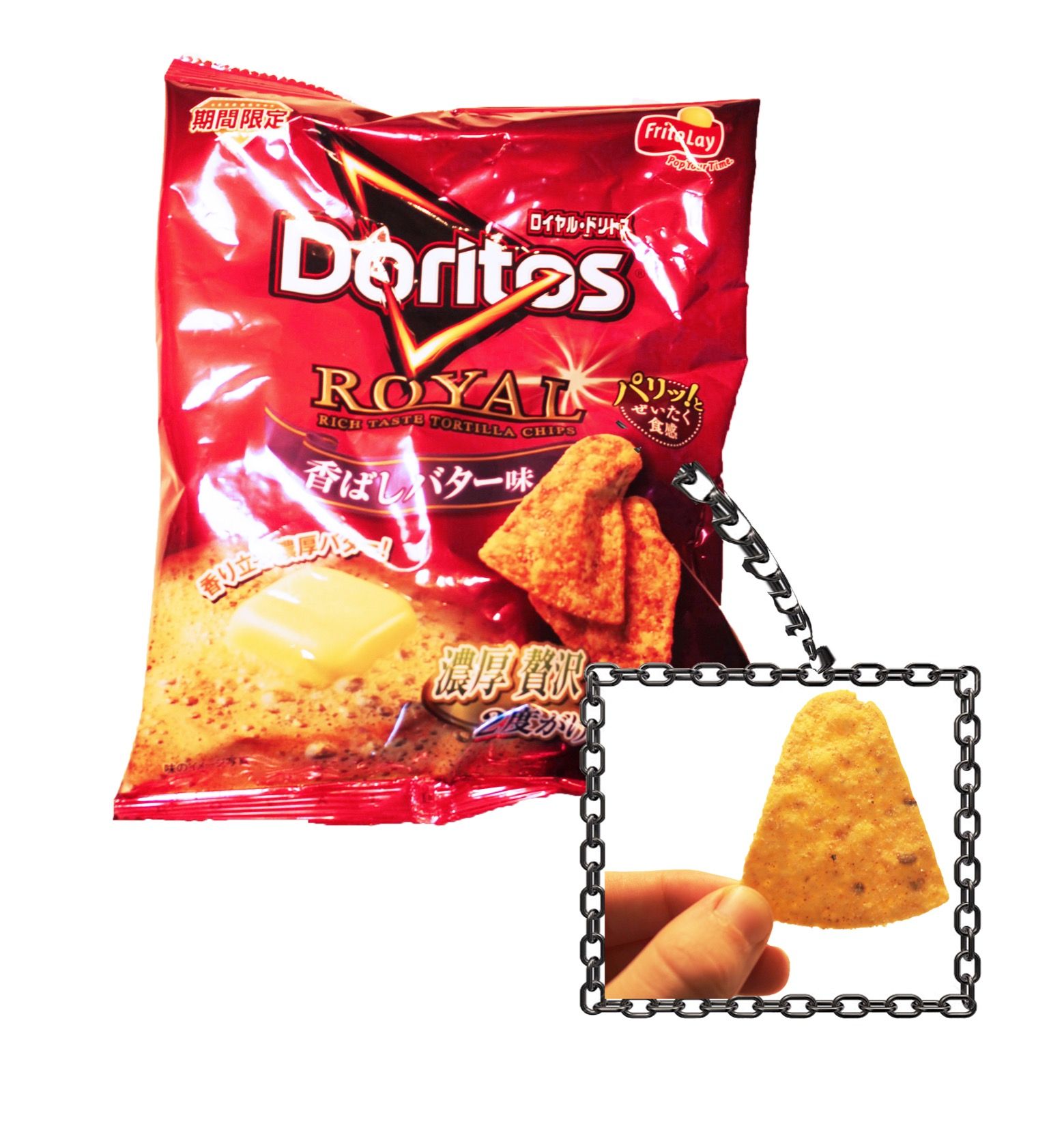 I was unsure at first why these run-of-the-mill Japanese noms seemed so fascinatingly uncanny. Butter flavor in a corn product is nothing revolutionary, and certainly nothing forbidden, unless you’re a particularly rigorous vegan. But I was shocked at the idea that they were supposed to taste burnt. It’s rare for a snack product to reference its style of preparation, besides the ubiquitous ‘kettle-cooked’ (which refers to the cooking vessel). But it’s even rarer for a snackfood to make any reference to burning, the state of being over-cooked, because this would suggest a set cooking timeframe. Snacks, in the classical understanding, exist outside of conventional notions of time. They do not perish in accordance with normal laws of organic decay because they belong to the parallel sphere of mythic snack-time. The slogan of Frito-Lay Japan—“Pop Your Time”—is a testament to this. This phrase seems to suggest that snack-time is like a pustule, welling up with internal pressure until it must open onto our world in a grand, exultant burst. Indeed, when I placed the Dorito on my tongue it was a near-orgasmic sensation. My enzymatic saliva worked to disclose an entire history of flavor—from the discovery of sweetness, of honeyed pleasure beyond pleasure to a saltiness of oceanic scale to creamy resplendence to a Promethean touch of umami, whisked by dancing flames. The Doritos are part of the ‘Royal’ chips line which includes other savory facsimiles like ‘Tandoori Chicken,’ ‘Garlic Shrimp,’ and ‘Beef Consommé.’ Their shape is also distinctive, with one rounded corner and two straight ones, simultaneously suggesting a royal hierarchy or referencing the shape of the crown. They are highly recommended. Snack-time truly engulfed me and I was nameless and ageless, a flush-faced daughter of Vesta with warm, bubbling butter pooling between my fingers and toes. But as I took one last decadent sniff of the bag, I saw my face reflected in the inner foil and realized I was still myself, she of bow-legs, pixie features and scampish allure. 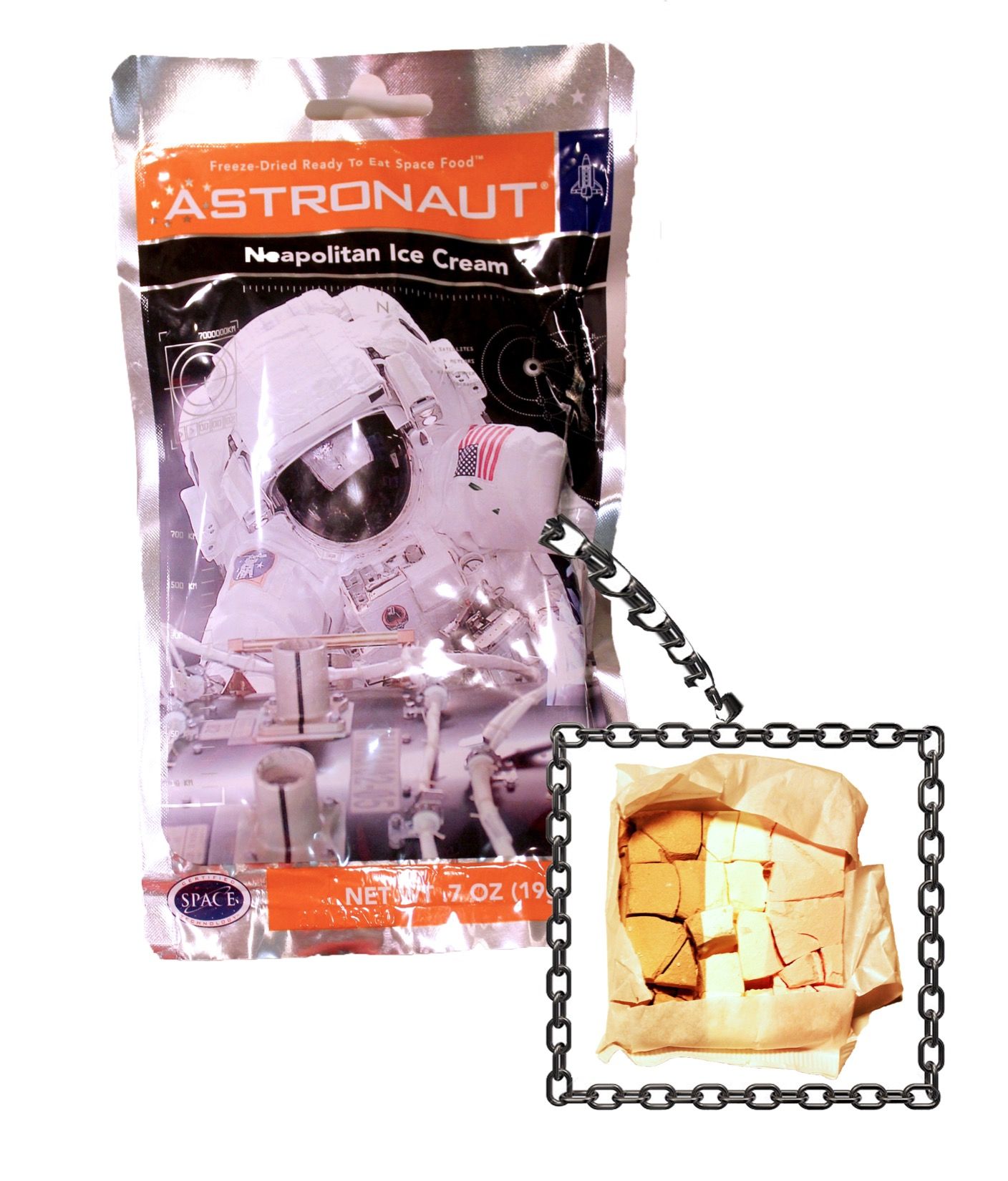 It might be helpful to mention that I am no fresh upstart, and in fact have had a long and unfulfilling relationship with mainstream Snackademia over the years. Ultimately I had to depart from it, in my rejection of many of its more conservative premises—for example, the prioritization of the crunch over other subtler forms of consumption. I hold that the new frontier is the slow-dissolve, as evidenced by this superb Astronaut Ice-Cream from the Air and Space Museum Gift Shop. It’s a palm-sized square chunk with three stripes of flavor—chocolate, strawberry, and vanilla. It is freeze-dried to allow for easy consumption in a zero-gravity environment, though it hasn’t been enjoyed by actual spacemen since 1972. The consistency is almost chalky but super-light, similar to a Lucky Charms Marshmallow. But on the tongue it melts far quicker, flattening to nothingness like an astronaut in a black hole. The subtlety and ephemerality of snacking is its true loveliness—foods outside of your regimented diet, enjoyed in privacy and secrecy, like I enjoyed this intergalactic delight. Shuffling between the four stomachs of a cow, the four teats of an udder, the four-fold desire for safety, love, self-esteem, and self-transcendence, the four daughters to entrust the farmland to, their four gingham kerchiefs soaked with tears as you catch the last train to Houston, the four kilos of G-force causing you to hurl cream all over the flight simulator, and the four horseman of the apocalypse who acquaint you after riding the coattails of an institution results in your ruin. You watch the space shuttle explode from your home in the alley. At the crash sight burnt flesh intermingles with twisted metal in Neapolitan stripes of brown, pink, and white. A hunchbacked angel drags its feet through a long hallway. From the second you’re born to the second you die, you make this journey alone. For these reasons I have rejected the crunch as unnecessarily ostentatious and vulgar, demonstrating only the intellectual stagnation of the Snackademic community. 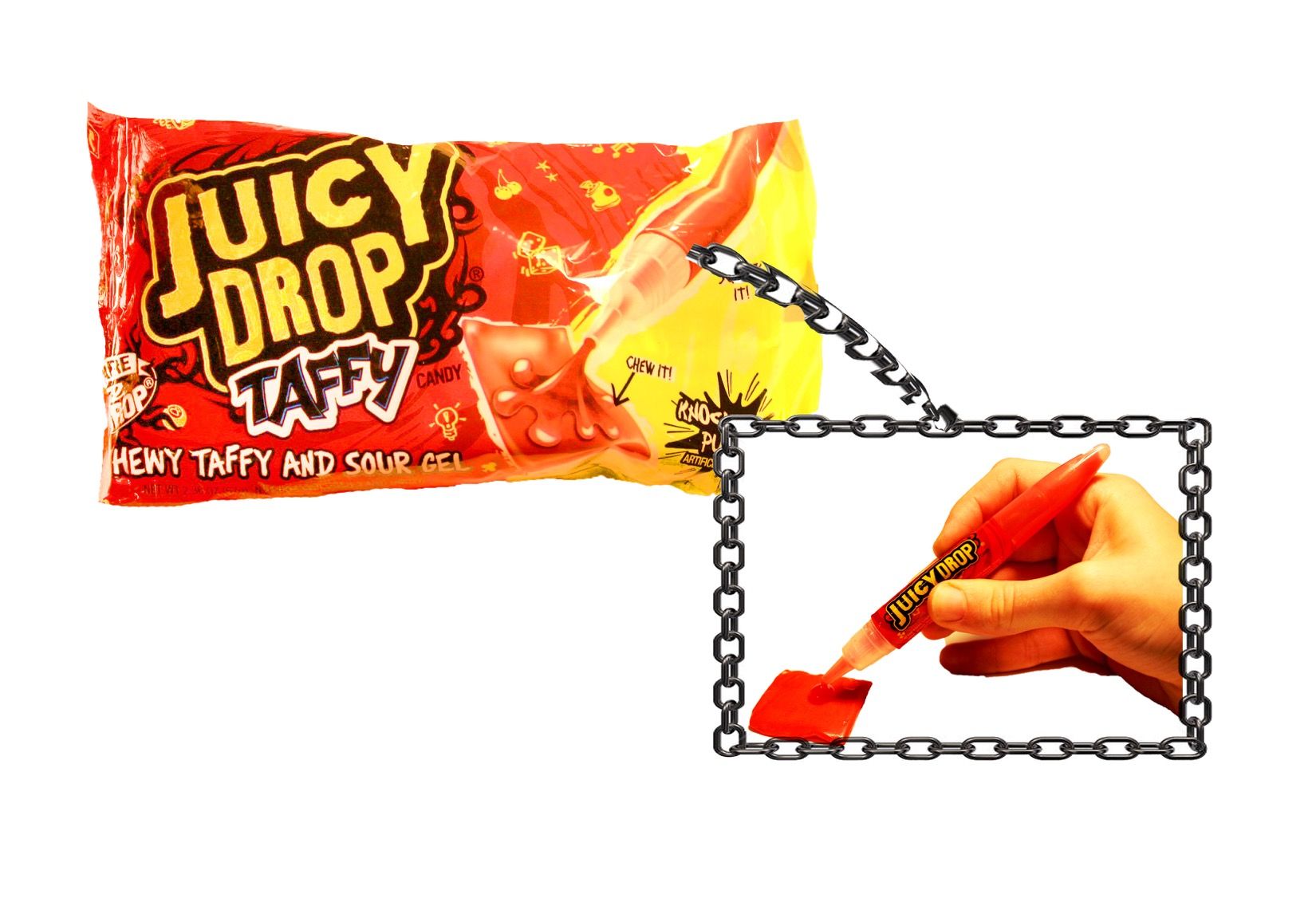 If you are among the Acolytes of Nostalgia, you’ve already figured that Juicy Drop Taffy is a spin-off of Juicy Drop Pops, the postmodern lollies of your late youth that you were liable to shoplift from CVS after taekwondo practice. Juicy Drop Pops are premised on a sort of radical individuality of the snacker. Bazooka Candy Brands realized that the threshold for sourness varies greatly from tongue to tongue. Therefore, with Juicy Drop Pops, the snackers themselves can determine the amount of viscous sour goop “tanging up” their lollies—from a subtle queue to lip-puckering x-tremity.  Juicy Drop Taffy, launched this past year, is imbued with even deeper metaphorical resonance. By replacing the squeezer with a pen and the pop with a small taffy tablet, they have transformed Juicy Dropping into an act of transcription. (One notable precedent is the bubble-gum notepads with food coloring markers previously available at Target.) Interestingly, this ties the generative act of writing with the passive/assimilative act of consumption in a self-censoring circuit. Derrida once said that “all spiritual pleasure can be expressed through eating,” in which case Juicy Drop Taffy can become a token of silent devotion. The name of the flavor, “Knock-out Punch,” also places an emphasis on the bodily—the balancing of sour fluid hearkening back to the balance of humors in medieval medicine. The radically individualist dream of Juicy Drop Taffy is for one to write a message with the blood of saints before one eats it. As I crouched at my desk in the dark of night, lit by a single Ikea desk lamp, mouth ringed in tutti-fruitti glop, I felt strangely ennobled. I wrote a short poem in the goo.