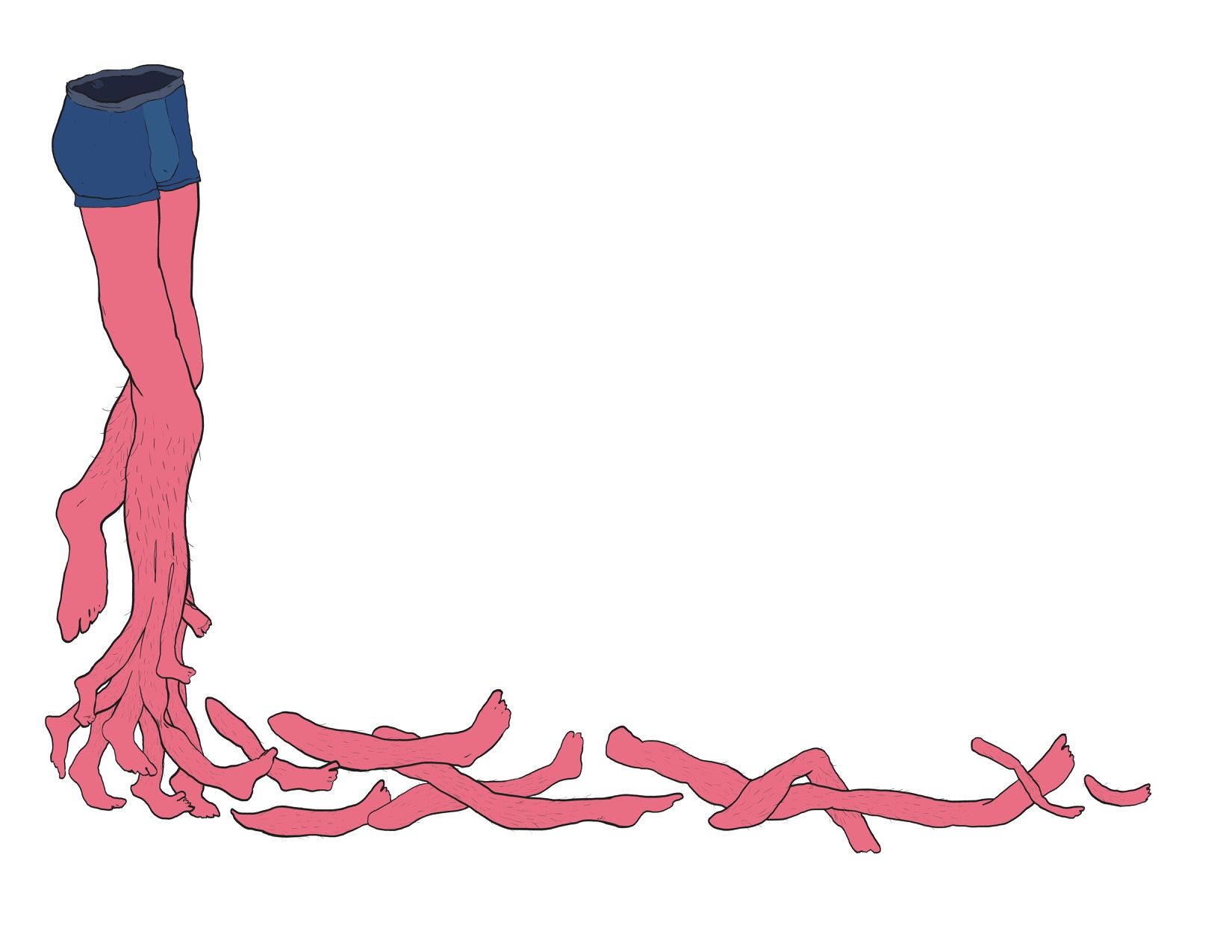 In 2007, Shannon Whisnant, from rural North Carolina, buys a storage locker at auction. Inside the locker, he finds a smoker grill. Inside the grill, he finds a human leg. Like any reasonable person, he decides to keep it. But there’s a problem. John Wood—the biological owner who had left it there—wants it back.

The Lord of Uxbridge is hit by cannon fire at the Battle of Waterloo.

The limb is found and put on display. Years later, a scandal erupts when Uxbridge’s family demands that it be returned.

Mexican General Antonio López de Santa Anna has his leg blown off in the Franco-Mexican War. It is given a state funeral. Nine years later, he has his prosthetic leg stolen in the Mexican-American War. It is put in an Illinois museum.

Even for those who are willing to part with the actual leg, the mind may be reluctant to let go. Many amputees develop a “phantom limb” which feels as real as the original. The brain stubbornly perceives the leg as intact and keeps sending signals to its nerves. This often causes acute pain in the phantom limb as it clenches tighter and tighter, trying to convince itself of its own existence.

The image of the leg persists in the realm of art. Disembodied legs crop up throughout art history, from Dali’s surreal compositions to the phantasmagorical paintings of Hieronymous Bosch, to the performative work of Joan Jonas. When Philip Guston, a pioneer of Abstract Expressionist painting, returned to figuration late in his career, he developed a fascination with disembodied legs. In Green Rug (1976), a pair of thin, hairy legs lie splayed on a half-finished floor, the thighs trailing off the edge of the canvas. In Discipline (1976), legs cascade across a brick wall. The soles of the shoes contort impossibly towards the viewer; the calves are mottled pink slabs. His paintings became crude, cartoonish, almost childish, and were vehemently rejected by Abstract Expressionist critics. But if his earlier work blurred subjects into pure abstraction, his leg paintings brought them into sharp, startling focus. It’s impossible to shake their raw, unbridled intensity. In Monument (1976), a tangled mass of legs stands as tall as the viewer. The scene might seem funny or menacing, but it demands a visceral reaction either way. The painting is as impenetrable as the “monument” itself: without the analytic escape of formal abstraction, the symbolism of the surreal, or the context of art brut, the viewer has no easy way in.

Equally monumental and just as enigmatic is Alberto Giacometti’s La Jambe (1958), a bronze sculpture of a disembodied leg fused to a rectangular pedestal. Giacometti’s approach to the figure is more realist than Guston’s, but the leg is still thin, mottled, and not quite human. Considering the weight of its material, the sculpture's presence in space reads as an uncanny series of contradictions. Withering, but eternal. Grounded, but ready to tip over at any moment. Full of anxious, unresolved energy, but completely still.

Contemporary sculptor Sarah Lucas puts disembodied legs on a different sort of weighty pedestal in Nice Tits (2011). Thigh-high boots, cast in concrete, stand on a slab beneath an orb of breasts. In fact, she’s made legs out of a wide range of materials, from cast plaster to stuffed leggings. And while her work has explicit sexual undertones, it’s also a dynamic exploration of form and materiality. Whether they’re slumped in chairs, sprawled on tabletops or dangling from the ceiling, the legs have lives of their own.

At the far end of this spectrum of realism and material is Robert Gober, who makes wax severed legs, complete with real human hair. Unlike Guston, Giacometti, or Lucas, he doesn’t place his legs on pedestals or mold them into monuments. Instead, they discreetly protrude from the gallery walls. Again, his work can be read as sexualized—according to the Tate Modern, Gober “describes glimpses of bare male legs as a symbol of homoerotic desire”—but much of the immediate impact of the piece comes simply from finding an unassuming leg in an unfamiliar context.

Some artists have explored this idea of disembodied legs as an image in context, beyond pure form. In Graft (2013), for instance, Janine Antoni sculpted a pair of crossed legs, one complete and one skeletal, alluding to being told as a child to “cross her legs like a lady.” The legs themselves are literal representations, which by being permanently fixed in place become restricted within the bounds of feminine etiquette.  She takes this a step further in Coddle (1998), a print emulating the image of the Madonna and Child. Antoni, in a shawl, sits holding her leg, which glows at the center of the frame. By superimposing a photographed leg onto religious imagery, it adopts the symbolism of the realm it enters.

In art, the image of a disembodied leg has been made alternately phallic and holy, grotesque and sublime, uncannily familiar and shockingly foreign. But none of the artists above show the actual, visceral separation of leg from body. The trauma is implied. Its existence as a part detached from a whole is in some ways unsettling because it disrupts the idea of our bodies as complete, self-sufficient units—after all, our projection of a stable self collapses when a chunk suddenly goes missing. This contradiction might explain what makes the leg such a brutally compelling artistic subject. At the same time, though, its rendering as a disembodied fragment translates it from a biological part to a discrete object. As a symbol that’s viscerally familiar and emotionally charged, it becomes a vessel for ideological expression. Many artists have used disembodied legs as vehicles for commentary on horrible events: Guston’s work has been read in the context of the Holocaust, as has that of Gober in the context of the AIDS epidemic. Similarly, Sarah Lucas’ leg-objects can be taken as a feminist critique of the objectification of female bodies.

By being reduced to a form in art, a disembodied leg takes on new meaning as an independent entity, while still conveying a lingering sense of detachment from the body of which it was originally a part. Like the general’s actual leg on display in a museum, a disembodied leg in art defiantly remains upright, continuing to exist, standing as a monument to its own loss.