Hostile Architecture and its Woes 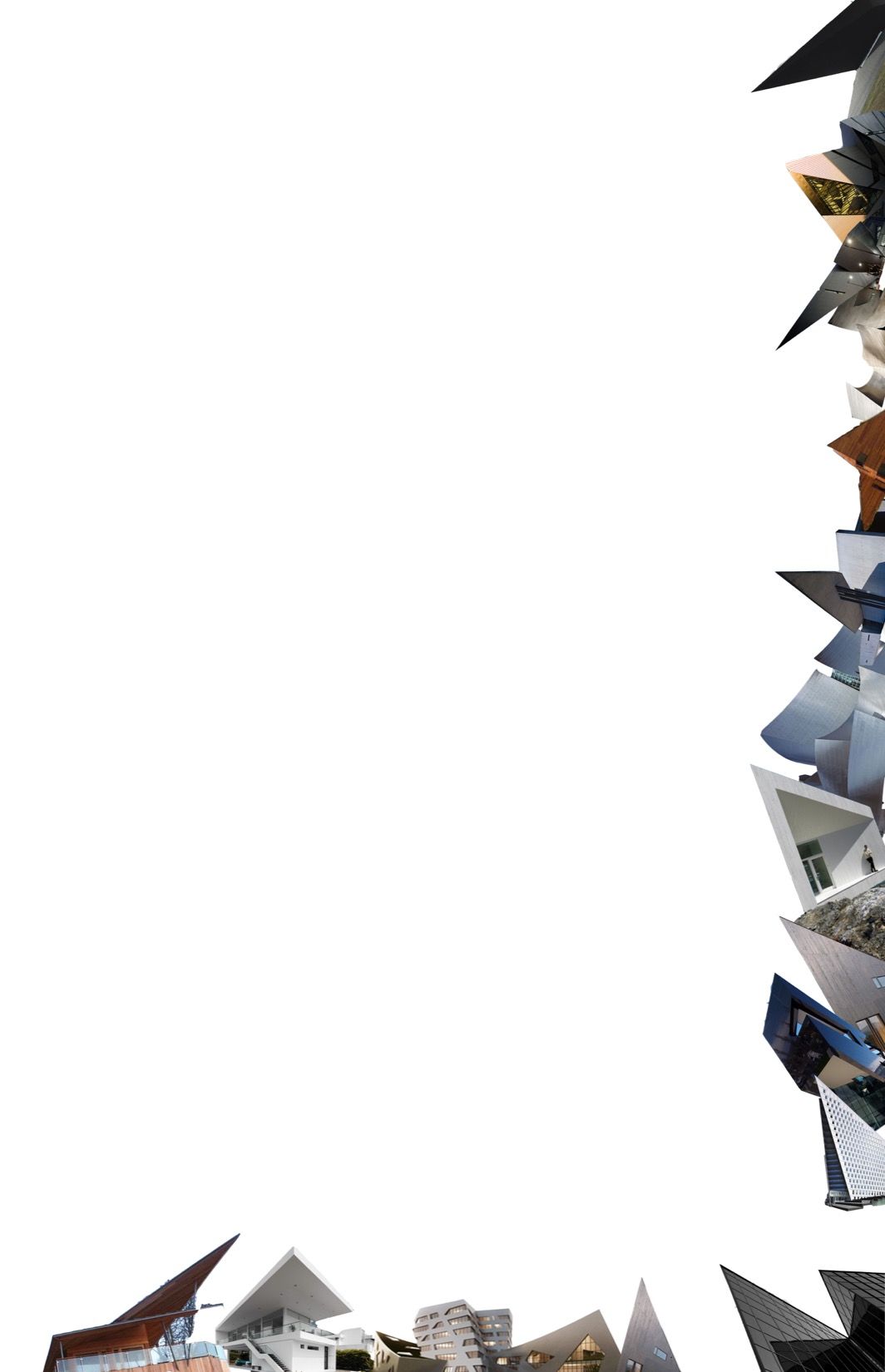 In his 1990 book City of Quartz: Excavating the Future in Los Angeles, Marxist urban theorist and historian Mike Davis lambasts what he calls the region’s “spatial apartheid,” and the destruction (read: privatization) of public space that makes this possible. Davis’ trenchant critique is wide in scope and reference—in it, he historicizes the oppressive infrastructure of Los Angeles, calling into question “the architectural policing of social boundaries” that is interwoven into the county’s very fiber. Drawing on archives, social histories, and urban layouts, Davis argues that Los Angeles is comprised of “‘fortress cities’ brutally divided between ‘fortified cells’ of affluent society and the ‘places of terror’ where the police battle the criminalized poor.” What does it mean for a city today to be a fortress, if its protective measures are no longer as visible or as imposing as the moats and high walls that form its historical precedent?

The enforcement between inside and outside, us and them, is now dispersed and complex. Structurally, segregation is achieved in many ways: steel gates, tall fences, freeways; racial and law-use zoning laws, public housing location, and cultural attitudes. In most developed cities, of course, it is impossible to completely contain movement; public spaces such as parks, plazas, and sidewalks exist where members of the public from all socioeconomic backgrounds cross paths and intermingle. But one notable exclusionary form is “design deterrents.” These refer to specific structures and objects put in place by planning committees, city governments, and property owners to dislodge select groups (primarily homeless people) from a space. Today, design deterrents are increasingly used in what are called “pseudo-public spaces.” Owned or managed by bureaucratic entities that control and sanitize the environment, these hybrid spaces prune out undesirable groups by limiting the ways that an object or structure can be used. In his book, for example, Davis cites the deployment of “barrel-shaped” bus benches by LA’s Rapid Transit District, pieces of prohibitive furniture that allow only a small surface for seating and make the simple act of lying down impossible. In addition to the benches, Davis notes that that “the city installed an elaborate overhead sprinkler system programmed to drench unsuspecting sleepers at random times during the night.” Capitalizing on the opportunity, local businessmen immediately replicated the system in an effort “to drive the homeless away from adjacent public sidewalks.”

While such exclusionary forms were still developing in the 1990s—when Davis was writing his book—today they stud ostensibly “public” spaces in the world’s large cities. These forms, clustered and ubiquitous, are now referred to as ‘hostile’ or ‘defensive architecture.’ Examples of this phenomenon are numerous and display an insidious creativity; anti-homeless architecture, in particular, abounds in cities such as London, New York City, and Beijing, where one finds, among other things, window ledges fitted with glass shards, metal spikes placed along gates and fences, concrete pyramid spikes, and sprinklers. To a passerby, these objects and structures are meant to seem innocuous, hiding amid the existing aesthetic of the buildings they defend. But their function is apparent: to displace and resist, to discourage “anti-social” behavior. Hostile architecture can be understood, then, as a kind of urban war on a city’s denizens; an aggressive tactic, malleable and dispersed, that works to reinforce exisiting socioeconomic and spatial boundaries in the public sphere.

Some forms of hostile architecture are more prevalent than others. The Camden Bench, named after the London borough where it first appeared in 2012, is the most discussed and criticized example. While many other defensive structures are designed to be unobtrusive, and at times even sleek and aesthetically pleasing, the Camden bench stands out as a foreboding block of roughly chiseled stone, barely recognizable as a place of rest to the eyes and even less so to the body. There are no flat surfaces on a Camden bench; its mild inclines at odd angles allows only uncomfortable seating. It is an example of all that is lost when an object intended for public use is designed to ward off rather than to invite.

The Camden bench, as a kind of anti-object, proves that hostile design is hostile not only toward homeless populations but to everyone. Not all who lie down do so looking to sleep; there are people who sometimes need to spread out on a bench, because of a dizzy spell or a twisted ankle. Activists have pointed out that the bench and other exclusionary forms like it rob individuals of comfort and access to both the public amenities and infrastructure they have claims to as citizens. One group that has been targeted is skaters. Skating is often seen as a disruptive, contrarian activity not aligned with social standards of order. For the most part, this is true.  Besides being a mode of transportation, skateboarding is also about reinterpreting and reusing objects or surfaces that most of the public either ignores or uses in limited ways (to sit on, stoop on, etc.). Authorities and commercial property developers, anticipating these transgressions, strategically place design deterrents (including anti-skateboard devices such as pig ears and skate-stoppers on benches and concrete ledges) to dispel unwanted idle activities and bodies. Deterrents also function as subtle but resolute reminders of a surveilling presence, one that is quick to discipline, punish, and displace any trespassers. Keeping with the tradition—and perhaps proving why they are seen as a threat—some skateboarders have adapted and demonstrated that it is possible to skate on these supposedly skate-proof curbs, ledges, and benches. Grinding as protest.

Other concerned citizens and groups have also dissented. Last summer, for instance, activists poured concrete on spikes surrounding a London supermarket, causing their removal by city authorities. London-based art collective Spaces not Spikes has attempted to subvert what they see as “anti-people” measures. An Independent article notes that in a pointed gesture, the collective “transformed a spiked area outside a former London nightclub into a cosy dwelling complete with bedding, and a small bookshelf with a note inviting people to stop and read.” One American artist, Sarah Ross, created “wearable workarounds” for defensive architecture, pieces of oddly padded clothing that make it possible to rest on the benches and ledges of a city. The ridiculousness of the clothing exemplifies the extremity of the hostile measures. There are many similar points of resistance like this. And although such resistance may be isolated and is certainly not a complete solution to the problem of public/private inequality, they highlight the everyday ways in which hostile architecture limits our ability to use spaces the way we want to.

It remains unclear what should be done to counter hostile architecture. Do we want to live in cities where we are forced to contort to the imaginations of corporate and governmental interests? Is the onus on us, that is, to fight for a world in which our public spaces are truly public? Can they be? These questions are, admittedly, difficult to answer. But they continully affect citizens who literally walk across their cities’ streets, cautious of boundaries they must not cross in the great chain of urban redevelopment. No space is divorced from politics: hostile architecture is especially dangerous because, though it asserts a right to public space, it does so while ensuring that those who access it are yoked to corporate-defined manners of propriety and time. Hostile architecture will remain a problem as long as public spaces are conceived of as arenas of collective, common life, ones in which spontaneous and contrarian activity is possible. And while the pervasiveness of the problem may stifle its urgency, allowing the spikes to exist as simple studs in the ground is to be complicit with the larger forces of hostility that fortify

YOUSEF HILMY B'16 and MARCELO RIVERA-FIGUEROA B'18 are clustered and ubiquitous.