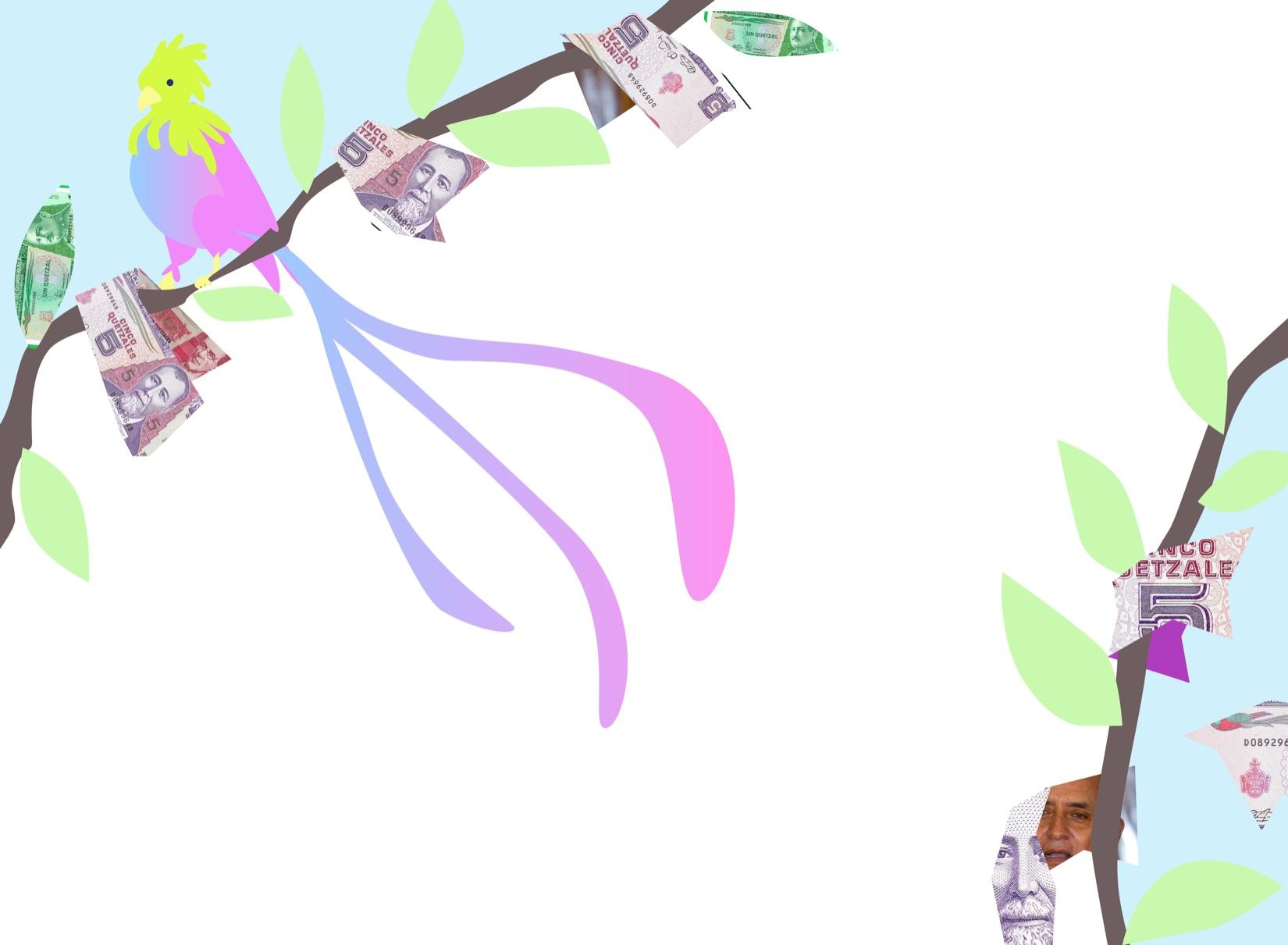 It began on April 16, when the UN International Commission Against Impunity in Guatemala announced the uncovering of a corruption scheme now known as “La Linea” (The Line). The scheme involved a customs fraud network, wherein port officials would accept bribes to decrease tariffs on goods being imported into Guatemala. Its moniker comes from a supposed hotline that interested importers could call. Prosecutors claim that the scheme brought in $250,000 a week. The day it was announced, 20 private industry and government officials were arrested, including the current and former heads of Guatemala’s tax collection agency. Investigators first became suspicious after the Guatemalan tax administration had not recorded a single tax fraud complaint in two years. An arrest warrant was also issued for Juan Carlos Monzón, the private secretary of former Guatemalan Vice President Roxana Baldetti. Mr. Monzón was thought to be the ringleader of the scandal, and he and Ms. Baldetti were in South Korea at the time of the announcement. According to a statement by Ms. Baldetti, Mr. Monzón disappeared after she told him to turn himself in.

The announcement led to months of peaceful protests in Guatemala City, the nation’s capital. The protests had as many as 60,000 people participating on some occasions and demanded the resignation of the Vice President and President. Roxana Baldetti resigned her Vice Presidency on May 8 and was arrested August 21 on corruption charges related to the scheme. The protests continued. Much of the presidential cabinet resigned August 22 and 23. And, again, the protests continued. On October 5, after six months in hiding, Mr. Monzón turned himself in and said that President Pérez Molina, not he, was the ringleader of the scheme. He said the President and former Vice President personally received 50% of all the bribes collected. Once more, the protests continued. On September 1, President Molina was stripped of his presidential immunity to prosecution in a 132 – 0 vote in the Guatemalan Congress. Crowds, gathered outside the congress building in the rain, chanted “Yes, we could!” Finally, on September 2, Molina resigned the post of presidency. He is currently being tried for corruption.

Guatemala’s Attorney General, Thelma Aldana, said more then 1500 businesspeople par-ticipated in customs’ fraud scheme. So far, fifty businesspeople have been barred from leaving the country. The only foreigners reported among them are South Korean importers.

This is not the first time business has gotten entangled with politics in Guatemala. In fact, the last century of Guatemalan history is scarred by an even more diabolic entanglement of business and politics.

By 1930, the American-owned United Fruit Company (today Chiquita Brands International) was the largest landowner and employer in Guatemala. The company began exporting bananas from Latin America and the Caribbean in the 1870s and had been helped along in Guatemala in particular by a series of land concessions and tax-breaks from Guatemalan dictators. In one case, the dictator even capped what United Fruit Company could pay workers, fearing those outside the company’s plantations would also demand higher wages. By the mid-1940s, banana plantations in Guatemala accounted for more than 25% of the company’s Latin American pro-duction. But things were about to change.

In 1951, Jacobo Árbenz was elected president of Guatemala in the second democratic election since the overthrow of the dictator Jorge Ubico in 1944. Among other things, Árbenz wanted to institute land reform in Guatemala. At the time, apart from the land owned by United Fruit Company, 2% of the Guatemalan population owned 70% of the land, and the landless population lived in poverty. In 1952, Árbenz enacted an agrarian reform law that allowed the government to expropriate the uncultivated land of estates of more than 671 acres. The landowners would be compensated for their land at the price claimed in 1952 tax assessments. This law did not bode well for United Fruit Company. The company sat on swaths of unused land in Guatemala and used this valuable land, on which public transport could be built, to maintain a monopoly on transportation in the country. The new law meant the redistribution of 40% of United Fruit Company’s land.

Things had been trending against United Fruit Company: labor unions were being set up and a new labor code had been enacted. The land reform was something of a last straw, so the company turned to the US government, namely the Eisenhower administration, for help. Lars Shoultz says in Beneath the United States: A History of US Policy Toward Latin America that  “the relationship between United Fruit and the Eisenhower administration is perhaps the best example of corporate influence on US foreign policy. The list of overlapping interests is so long that it is difficult to identify anyone who made or directly influenced US policy toward Guatemala in the early 1950s who did not also have a direct tie to United Fruit.”

For the US government, the goal was to defeat communism. Recently, historians like Ronald Schneider have argued that Árbenz was influenced but certainly not controlled by communists. But in the eyes of the US government, caught in the middle of the Second Red Scare and prodded by United Fruit Company, Árbenz’s communist sympathies, coupled with his land reform policy, was enough to say (as one US senator at the time did) that “Guatemala is going to be a source of Red infection throughout Central America and the sooner we help sterilize [sic] that source, the better.” So, the US backed a coup led by Castillo Armas of Honduras to overthrow Árbenz. On May 26, 1954, Castillo sent planes over Guatemala City, dropping leaflets that encouraged the people to rise up against communism and support Armas. This signaled the beginning of a coup that would lead to a civil war engulfing Guatemala until 1996.

The period from 1944-54 is called the Guatemalan Revolution and is the only time Guatemala existed as a democratic state until 1996. The 36-year civil war officially began in 1960; it would claim the lives of 150,000 civilians before it ended. Most civilians were killed at the hands of the military, and many Mayan communities, in particular, were decimated.

Recently-ousted President Pérez Molina was a military general during the civil war. For nine months he commanded a garrison in one of the regions most devastated by violence. In addressing Molina’s presidential candidacy in 2011, the Guatemala Human Rights Commission summarized his involvement in the civil war:

“Molina was the general in charge of the Ixil triangle [highlands in Guatemala, northwest of Guatemala City] from 1982-83, a time when the government’s “scorched earth” policy has been characterized as genocide and between 80-90% of the villages in the area were completely destroyed and the inhabitants were massacred.”

But no charges have ever been brought against Molina, and the corruption scandal in which he is now mired is more or less business as usual in Guatemala. In 2014, Guatemala ranked 115 out of 175 on Transparency International’s Corruption Perception Index, and the Guatemalan presidents preceding Molina were mired in scandals of their own.

What is uncommon is that Molina and many others are being forced out of office because of the scandal. Many attribute this to the UN International Commission Against Impunity in Guatemala––known by its Spanish acronym CICIG––which uncovered the scandal and is driving the prosecution. CICIG was set up as part of an agreement between the UN and Guatemala in 2006 to try to remedy some of the problems of Guatemala’s justice system, which ranked as one of the worst in the world. The CICIG consists of international prosecutors but, as described on its website, it “operates under Guatemalan law, in the Guatemalan courts, and it follows Guatemalan criminal procedure.” It is the first time the UN has ever directly intervened in the domestic affairs of a country in such a way.

But there have been plenty of local heroes in this story, too, working before the CICIG arrived, and empowered by its presence. Judge Iris Yassmin Barrios Aguilar, for example, presided over the trial of the former military dictator of Guatemala in 2013. This was the first time a former head of state had been tried for genocide in his home country. There is also Dr. Claudi Paz y Paz, who was a Noble Peace Prize nominee in 2013, and became Guatemala’s first female Attorney General in 2010. She reshaped criminal investigations in the country to increase con-victions and was integral in trying the criminals that the CICIG exposed.

What, above all else, cannot be left out of this story, however, is the agency exercised by the Guatemalan people. In a recent interview with The Huffington Post, Paz y Paz said: “I’ve never seen such a protest of that size in Guatemala. It’s a fundamental change.” And the momentum is continuing into the new elections.

All of the recent resignations did not upset the political process too much: Pérez Molina’s term ended last January, and so elections were already scheduled for September. But the events have upended the favorites.

There has been a sort of unwritten rule in Guatemalan presidential elections for the past few terms that the candidate who comes second in an election wins the next one. It is like taking turns. The runner-up in the last election was Manuel Baldizón, who is seen by many to be a part of the corruption that has mired Guatemalan politics for the last decade. His running mate is currently under investigation, and his party tried to stop the stripping of Molina’s presidential immunity, a necessary step in his prosecution. In the last election, Baldizón campaigned on the promises that if he won, there would be more public executions and Guatemala would win the World Cup.

Protesters made it clear that they would not accept these status quo proceedings in the next election, chanting about Baldizón, “It’s your turn next,” at a rally to get Molina to resign.

Guatemala has two elections: one to decide the top two candidates, which was on Sep-tember 6, and then a run-off between the top two candidates, currently scheduled for October 25. Baldizón quit the race having come third in the first election, vaguely citing corruption in the voting: “I can’t endorse anyone who would participate in a process marred by irregularities and corruption.” There was a record 70.38% voter turnout.

In second place, ahead of Baldizón by only 6000 votes, was Sandra Torres. Torres is actually the ex-wife of former Guatemalan President Álvaro Colom, who served from 2008-12, succeeded by Molina. She divorced him before the elections in 2011, perhaps to avoid the Guatemalan law that says a spouse of a current president cannot run for office. In first place is Jimmy Morales. Morales’ success is both unexpected and expected: unexpected in that he is a comedian and television actor with no political experience, expected in that he is seen as an outsider to the corrupt system, and thus capable of creating real change. His campaign slogan is “Not corrupt, not a thief.”

Morales is not beyond reproach, though. The New York Times reported that retired army generals have been seen at his events, inferring that he might not be beyond the reach of the incumbent political power structure, and there are videos of him on YouTube doing comedy sketches in blackface.

Many hope that the prosecution of Pérez Molina on corruption charges will lead to further charges concerning his involvement in the civil war. The events on the whole are encouraging—a milestone on the road to greater transparency in Guatemalan politics.

WILSON CUSACK B’16 is boycotting bananas