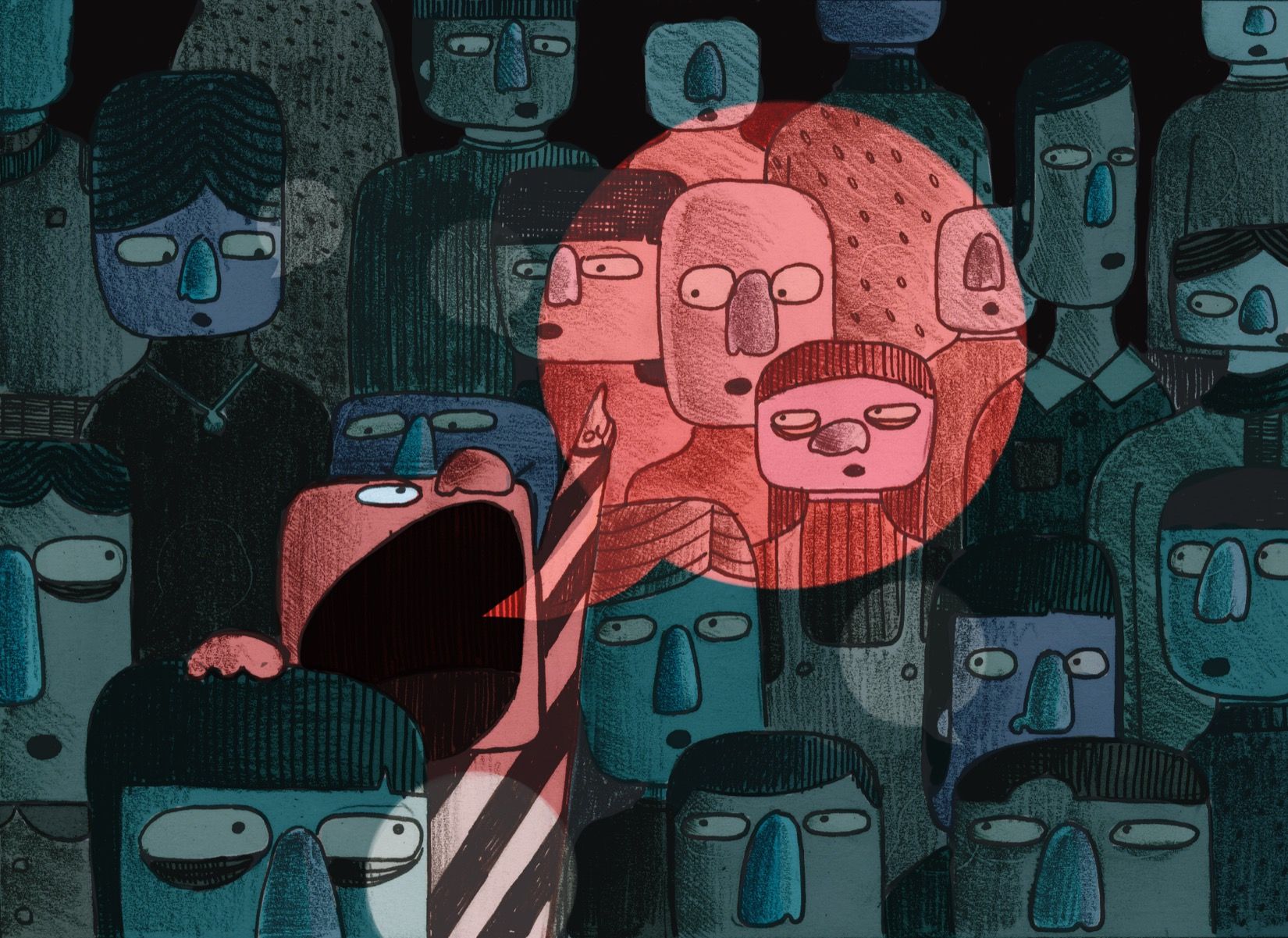 October 29, 2013. Ray Kelly, New York City Police Commissioner, arrives at Brown for an honorary lecture. Many of my friends and colleagues come together to disrupt his talk and to demand accountability for his racist policies. They succeed, but also brace themselves for the inevitable backlash. In the hours and days that follow, President Christina Paxson releases a statement condemning the protesters. Students start publishing op-eds debating freedom of speech on campus. Biology Professor and Brown alumnus Ken Miller writes a Brown Daily Herald column on the pedagogical importance of having heard the leader of the American Nazi Party speak on campus back in 1968.

October 5, 2015. The Brown Daily Herald publishes the second of two racist columns by undergraduate student M. Dzhali Maier, who favorably portrays eugenics and the subjugation of Native Peoples. Again, I see friends and colleagues come together to demand accountability for these acts of aggression. This time, two undergraduates and four professors (Professor Miller among them) explicitly take up the banner of free speech in a series of Herald columns that rebuke the proposed ‘censorship’ of the newspaper and warn about the dangers of speech codes.

A recent letter by the Brown administration, also published in the Herald, includes a quote that gets to the root of these episodes, attributed to a student who protested against racist practices on campus back in 1989: “Expect to be in this room again and again discussing the same issues after whatever controversial and hurtful incident comes next, with little to no expectation that anything will change.”

By the next day I was half-convinced that Brown was trapped in some sort of Groundhog Day-esque time loop. Students of color and their allies were again raising their voices against a damaging discourse that had been given a podium (literal or metaphorical) by a Brown institution. Op-ed writers defending free speech claimed victimhood for themselves and lamented the death of academe at the hands of ‘political correctness.’ One phrase kept popping up on comment boards and in classroom discussions, recycled from decades-old conversations that we perhaps should have moved past by now: ‘the solution to bad speech is more and better speech.’

Under most circumstances, this may be true. But for free speech fundamentalists it is no longer just a statement. It is an unquestionable axiom that undergirds the liberal understanding of college life. It is also an aspirational claim.

If better speech—delivered in a civil, non-contentious manner—consistently led to the waning of perspectives that cause ‘bad speech,’ then a strong rhetorical exercise would be all that’s necessary to stop bigotry. But does this argument always hold up? I’m left wondering why, after decades of countervailing speech acts and protests by so many minority student groups and activists on campus, the ‘bad speech’ of racial inferiority and colonialism is not only strikingly unaltered, but still staunchly defended.

The debates around Maier's columns, and the Ray Kelly protests before them, raise questions not about the sanctity of constitutionally protected speech, but rather about what speech should be amplified at a university that strives to foster an inclusive community while promoting a spirit of free inquiry. Determining the balance between these often-contradictory ideals is an issue of power. Professor Miller and other commentators say all speech is fair game, since the only possible alternative is a disempowering censorship that “cheapens” students’ academic experience. The writers of a joint statement by Black student groups on campus, published on the website of bluestockings, hold a more nuanced view:

“Everyone is entitled to their own opinions, whether or not students disagree; however, as an organization with privilege, power, and a platform, the BDH is, and will be, held to a higher standard than any one individual.”

Why do we keep having this conversation despite the Herald’s complete discretion to publish or not publish submitted content, and Brown students’ right to criticize published content for not meeting what most publications would consider basic editorial standards?  Perhaps the desire that Miller and other commentators express for a completely free exchange of ideas in legitimizing platforms like the Herald—going way beyond simple protection of freedom of speech on campus—is so strongly defended because so many people think of it as an essential pedagogical tool. It is a non-negotiable conviction. Any doubt about its total validity is by definition a rejection of it. In other words, campus free speech, as described by its staunchest defenders, is a perfect example of ideological fundamentalism.

The version of free speech rights touted around campus does not recognize its own fundamentalism. Rather, it is convinced that it is the antithesis of fundamentalism. This freedom of speech is universal and universalizing, understood to be the basis of public discourse­—both in the public sphere and in academic communities like Brown’s.

This kind of ‘everything goes’ mentality is backed by national organizations like the Foundation for Individual Rights in Education (FIRE). FIRE’s core mission is to “protect the unprotected” by defending and sustaining individual rights to freedom of speech, legal equality, religious liberty, and sanctity of conscience. Helping disempowered students is surely commendable, but whom exactly they are talking about when they say “unprotected” is anyone’s guess. In FIRE’s view, a university functions as a “marketplace of ideas” in which the imposition of ‘speech codes’ constitutes a disruption, much like how regulating economic activity disrupts markets in neoclassical theory. Brown ranks unfavorably on FIRE’s Speech Code Ratings, currently holding a “red light” status: defined as having at least one policy that “both clearly and substantially restricts freedom of speech.” The policy the group takes issue with is Brown’s recently expanded protections against sexual harassment. The students who wrote the first free speech defense of Maier’s columns, "Some speech hurts­—and that’s okay,” are both affiliated with FIRE.

This demand for unhindered freedom of expression on campus is unusual. On many campuses—like in most liberal democracies—freedom of speech ceases to be protected when it becomes hate speech, a verbal attack against a person or group on the basis of held identities such as gender, ethnic origin, religion, race, disability, or sexual orientation. The notion of human dignity as an end in itself is inherently tied to these protections.

On January 13, in response to the us-versus-them discourse that many people adopted after the Charlie Hebdo killings in Paris, British journalist Mehdi Hasan wrote a column for the New Statesman on the hypocrisy of free speech fundamentalism. Here’s an excerpt:

Another author, NYU Law School Professor Steven Waldron, has a convincing metric for establishing the best place to draw lines. In his book, The Harm in Hate Speech, he defines as harmful any speech that undermines a person’s confidence that they are regarded as an equal member of society—in his terms, “an essential public good” necessary for any democracy. Hate speech is dangerous, he says, because it harms a victim’s dignity in a way that goes beyond simple offensiveness. The speech act is a “world-defining activity” that inflicts damage through its shaping and reinforcement of structural realities that have a material effect on people’s lives.

The takeaway here is that since speech acts shape the public sphere, forms of speech that deny others equal participation in public life are not just ‘offensive’ but are themselves unacceptable acts of aggression. They erode the foundations of liberal-democratic society. Some speech acts can create social environments where some people not only feel that they are not equal, but in fact are not equal.

This awareness of how words reinforce power dynamics and structural inequality is what’s lacking in the on campus defenses of free speech fundamentalism. To quote the editors of bluestockings Magazine, “It is the responsibility of a publication to critically consider the effects of the words that they privilege with publication.” Likewise, it is Brown’s responsibility as an institution, physically built through acts of disempowerment, to be aware of how amplifying certain opinions can further disempower oppressed members of our community.