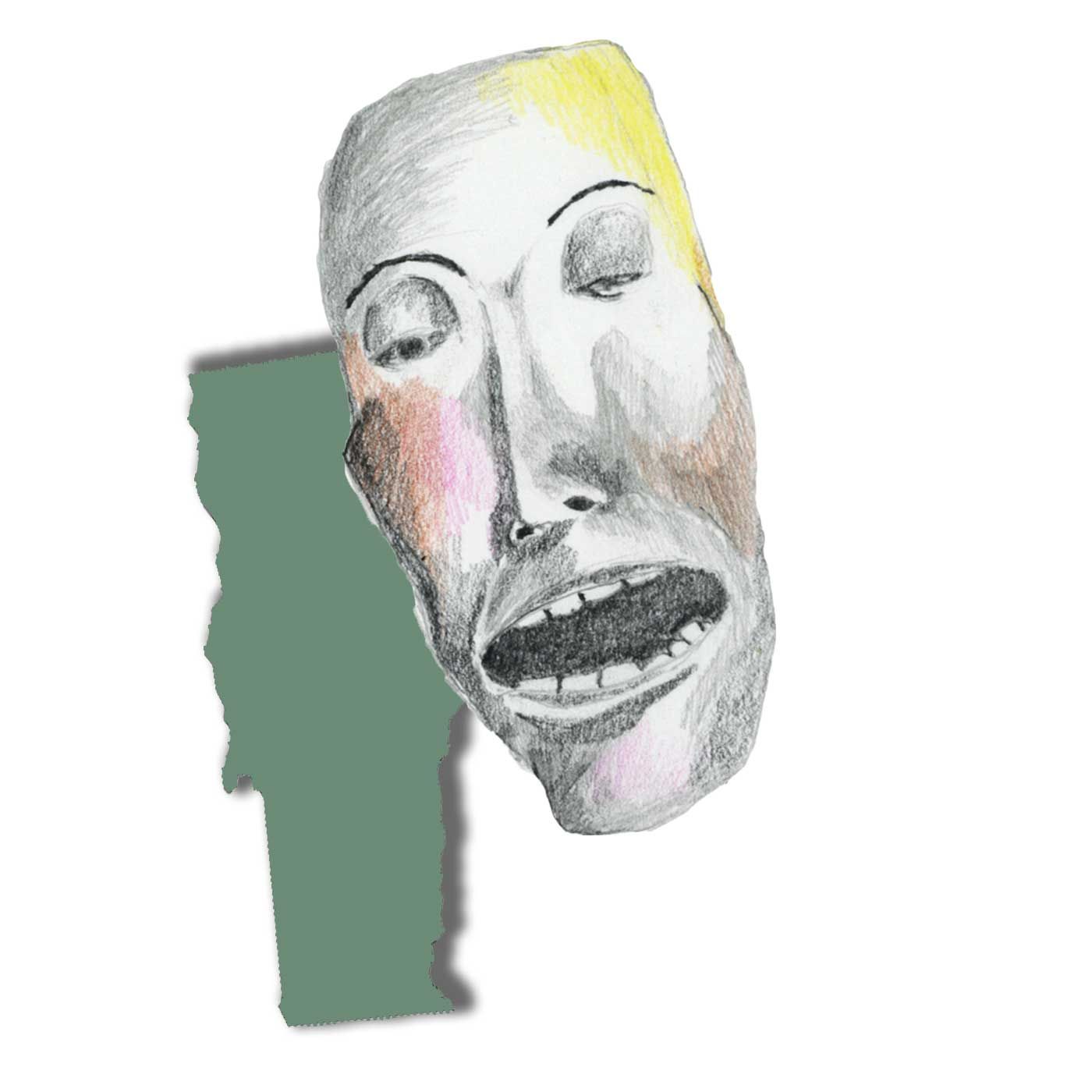 Off the back roads of Glover, Vermont, forty minutes away from what most people would deem civilization, there is a grass amphitheater in which people convene regularly to act out messages of justice and peace and righteous anger using enormous, crudely constructed puppets. The audience—old men with creased faces and flyaway hair, teenagers in overalls and flannels, families with young children—huddles on picnic blankets, engrossed by the scene before them. It is a pageant at once crazed and solemn. Afterward, the players and the audience gather together at the bottom of the natural basin in order to break bread. In the summer, these spectacles happen each Sunday towards midday; for many, they take the place of church.

Very few young people who are not from Vermont have
heard of The Bread and Puppet Theater. Even among young Vermonters, the theater is often seen as an oddity—something remarked upon during Fourth of July parades, when their signature raven puppets float through the crowds, tattered wings flapping eerily. But Bread and Puppet was once a central part of American counterculture, revered for its revolutionary blurring of theater and protest. A German artist and baker named Peter Schumann founded the troupe in New York in 1963. He and his friends started out performing simple puppet shows for children, though their aims were much grander. A group with myriad artistic talents, they envisioned a spectacle that incorporated performance art, dance, music, and puppetry, and focused on the most relevant social and political themes of the day.

Along with these elevated ideological aims came the need for more interesting puppets. The troupe began to construct figures using whatever material they could find: clay, papiermâché, scraps of wood and cloth, even trash left on the streets outside of their Lower East Side lofts. The puppets’ aesthetic has remained refreshingly unpolished, the roughness of the forms belying the care with which they are made. They are rarely beautiful—many are bizarre, even grotesque, with distorted faces and gaping mouths.

Armed with their singular tools, the theater’s initial skits quickly expanded into a radical critique of American politics and culture. Bread and Puppet became leaders of the counterculture movement, demonstrating against US involvement in Vietnam, speaking out in favor of nuclear disarmament, and staging massive performance pieces with members of some of the most economically disenfranchised communities in New York City. 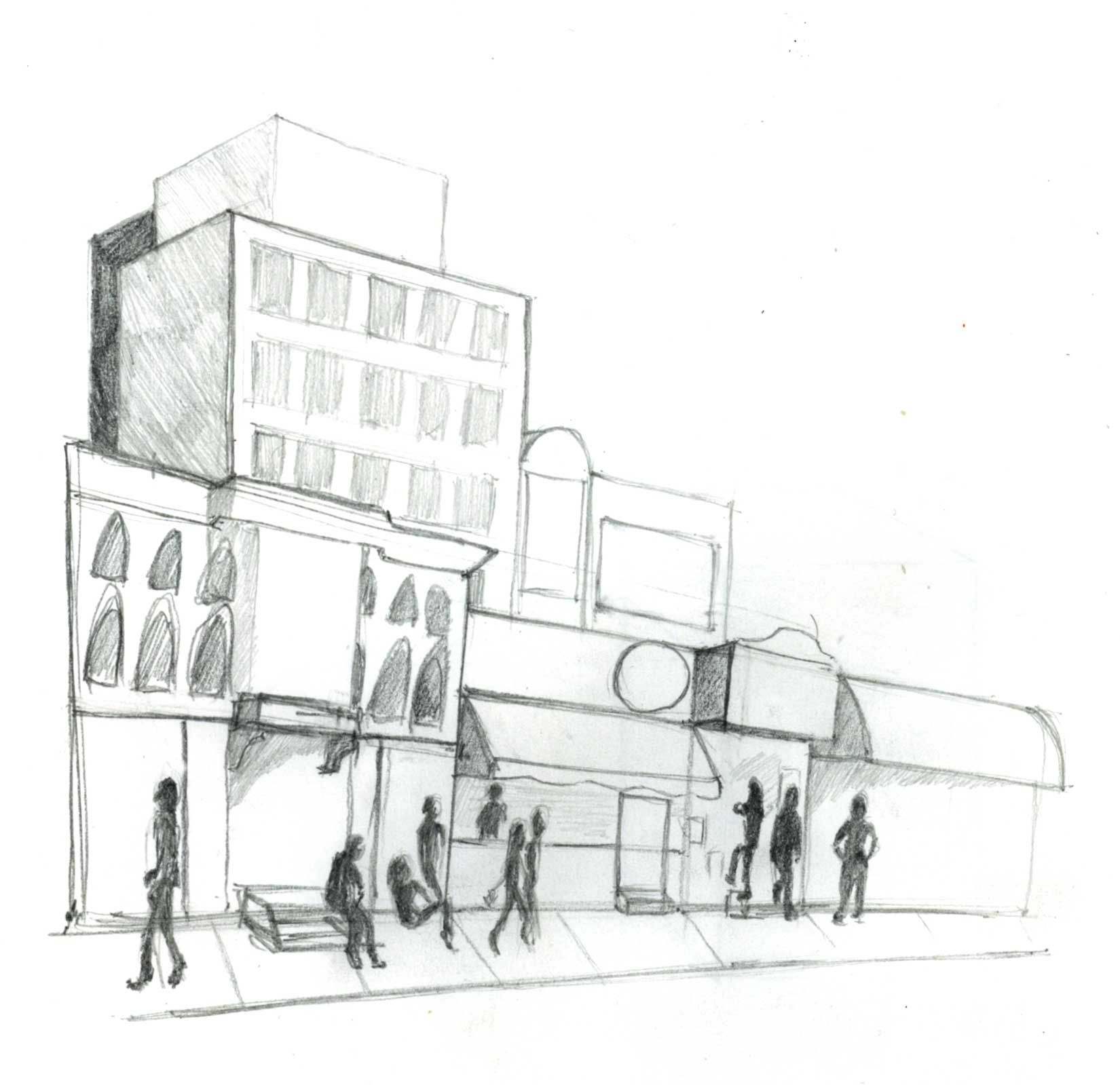 Even if you’ve never heard of Bread and Puppet, you’ve probably seen their posters. They are large and roughly drawn, the designs chiseled from woodcuts and printed in primary colors. Simple images—flowers, birds, branches—are set against words like peace and resistance and phrases that exhort insurrection against the existing order of life.

There was a time when these posters were everywhere. Today, period shows like Mad Men, or the short-lived Pan Am, use them to connote ‘60s leftist sentiment and Greenwich Village radicalism. Even the puppets make an occasional pop

culture appearance (memorably in Across the Universe, the 2007 Julie Taymor musical about the Beatles). The Romanian writer and NPR commentator Andrei Codrescu once wrote: "The Bread & Puppet Theater has been so long a part of America's conscious struggle for our better selves, that it has become, paradoxically, a fixture of our subconscious.”

Although people often assume that Bread and Puppet’s name derives from the Roman phrase panem et circenses (bread and circus), it is actually both a reference to the theater’s original practice of distributing bread to its audiences in a sort of radical communion, and the belief that art is as necessary to human life as bread. “Art is food,” the founders write in their Cheap Art Manifesto—“You cant eat it but it feeds you.” The manifesto, which was created in 1984, proposes art as a tool to “soothe pain” and “fight against war and stupidity.” “ART IS NOT BUSINESS!” it proclaims.

There is no separating Bread and Puppet’s art from their critique of capitalism. They are explicitly anti-globalization and anti-capitalist and have tried to keep their organization as far outside of the reality of the American economic system as possible. The spectacles themselves have always been gratis, available to anyone who cared enough to show up. Interestingly, Schumann has consistently and repeatedly refused government grants of his work. He even shuns exposure that doesn’t come on his own terms: when the producers of Across the Universe contracted him to build
the puppets for the film, he refused, telling them to do it themselves.

Of course, even an arts organization with the most radical and pure intentions cannot exist outside of market relations. Even though the creation of art may not be in itself a business, its reproduction and dissemination is. The artist himself must eat. Schumann’s original $60 monthly rent on Delancey Street was subsidized by wealthier friends, a tradition of patronage that has long existed between
those with artistic talent and those with capital. Since their inception, Bread and Puppet has relied on donations of both time and money in order to cover their costs and keep the organization afloat.

The theater’s survival into the 21st century is testament to their ability to exploit the link between the economy and the arts. They have skirted the edges of the system, implicated within it but also clearly distinct from it. Today, Bread and Puppet is largely run by a team of dedicated and unpaid volunteers. It also offers a number of “apprenticeships” wherein the apprentice pays the organization, instead of the other way around. And Bread and Puppet’s online store, featuring posters that sell for upwards of twenty dollars, is a far cry from the prints that Peter Schumann and his troupe once hawked for ten cents from their Cheap Art school bus. Still, given the impossibility of a true retreat from capitalism, the theater remains a rare example of an organization has refused, to the greatest extent possible, the commodification of its art.

Bread and Puppet arose out of a period in American history when broad-scale social change seemed within reach, and it appears they’ve outlasted it. In 1970, facing increasingly high rent and a society growing weary of the hippie movement, the troupe packed up and left New York for the more peaceful enclaves of Goddard College in Plainfield, Vermont. They were not alone in their exodus. During the late ‘60s and early ‘70s, in response to growing disillusionment with, among other factors, the United States’ continued involvement in Vietnam, many hippies abandoned cramped apartments

for farms, the city for the commune. At Goddard, Bread and Puppet found many of the things that had motivated a broader cultural ‘back to the land’ movement: space, cheap living, and a more unified community. As the experimental college’s “theater in residence,” Bread and Puppet’s audience was much smaller, but it was also more engaged andsympathetic. They had been standing on a soapbox for so many years that it may have been a relief to start preaching to the choir.

The troupe stayed at Goddard for four years before making the move to the property in Glover, where they
still reside and perform. Even in 2015, Bread and Puppet remains an active presence throughout the state, performing at community events, making regular appearances at public celebrations, and even joining protests, recently against the Vermont Yankee Nuclear Power Plant. Vermont is still a bastion of hippie liberalism, and its denizens tend to be far more receptive to Bread and Puppet’s message than those
in Manhattan, a city where the possibility of a vibrant, low-budget counterculture has been all but snuffed out by astronomical rent. The Lower East Side, where Bread and Puppet created their first puppets and advocated for squatter’s rights back in the day, is now characterized by its plethora of restaurants and boutique shops. Rampant gentrification has pushed out artists, activists, and disenfranchised populations from the communities they once called home. Even extremely successful artists such as David Byrne have criticized the city’s increasing economic stratification and its negative impact on culture and the arts. The culture of artistic creation that was so rich during the counterculture movement has in many ways been subsumed by one of business, of making money and spending it, and many of the art forms and outlets that do still exist have become closed off to all those but the very rich. New York has, for the most part, moved on.

But Bread and Puppet also moved on from New York. Schumann has always been characterized by a relentless desire to not be implicated in the system—and as ‘practicing’ true counterculture became less and less viable in New York, perhaps he felt that removing himself spatially would be the best way to uphold his commitment to ideological purity. In Glover, miles from the nearest paved road, Bread and Puppet remains ideologically uncompromised in a way that wouldn’t be possible had they remained in New York. However, the communities they engage with tend to be politically and demographically homogenous—overwhelmingly progressive, white (Vermont is 94 percent Caucasian) and middle to upper-middle class. Their geographical isolation means that there are certain people—including both the richest capitalists in Manhattan and the very communities that they once worked to create performances alongside—that they simply can’t reach.

Still, the show goes on. Stop by Glover any Sunday, and you will still see the puppets and drums and strange pageantry of the theatre. Today, the grass amphitheater is rarely half full. Gone are the VW buses; muddy Subaru Outbacks dot the adjacent parking field instead. Instead of Vietnam, the troupe performs skits about Syria and Palestine. Climate change has become a popular topic in the more recent past, while other skits attacking capitalism and the Military Industrial Complex have much longer histories.

The property in Glover includes a museum of sorts, housed within a barn. Inside, brushing away the cobwebs
that cling to rafters, one can find ephemera from years gone by: yellowed photographs of protests, reproductions of their most iconic prints, and, of course, the puppets themselves. The barn’s loft contains hundreds of puppets of all shapes, sizes, and political implications. A grim-faced Henry Kissinger figure hangs next to a group of refugee women, their faces shrouded in black kerchiefs. Technicolor dragons are propped up against grinning demons and somber, faceless creatures. There is neither order nor organization, and the didactics are few and far between; many serve to explain empty space. Most of the wheat paste figures have been eaten by mice.

The objects in the museum are not preserved or curated in any way. Fixtures of America’s subconscious or not, they have been placed there so that they may decay.

PIPER FRENCH B'16 is at once crazed and solemn.