Weight in Theory and Practice 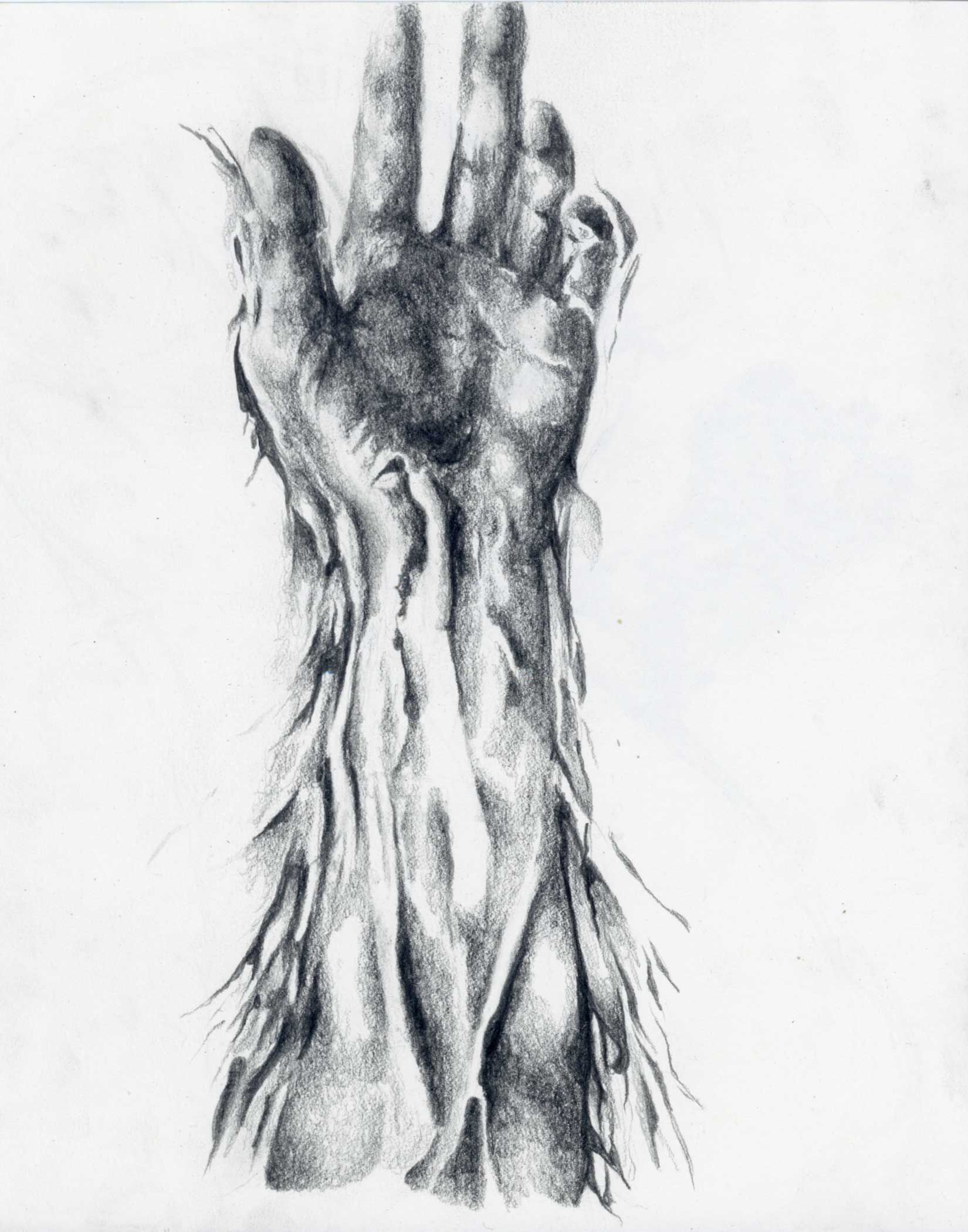 It might be my Catholic upbringing, but I’m often at least a little wary of things I enjoy. A sin, after all, is a pleasure in abundance.

One sees a lot of that hesitance in a society where enjoyment
is scrutinized for its consequences. How many times do you hear wanna split fries? when sitting down with a group at a restaurant?
In that phrase is the guilty awareness that fries, though delicious,
are unhealthy, and that to enjoy an entire restaurant’s serving alone would be gluttonous, a poor showing of self-control, self-destructive, and simply wrong. And there is validity in such health consciousness, but invalidating personal enjoyment as an amoral pursuit can lead to the fear of food.

Losing weight is a process of rediscovering old bones. This is the fun part, corporal paleontology. Today I can feel the ridges of my spine, the sharp angles of my shoulder blade, the overlapping bumps of my knees and elbows, when yesterday was soft. And those yesterdays for me were innumerable. I became overweight at a young age, beginning during my time at a fancy kindergarten in New Rochelle, New York. There, the amenities included what (to my five year-old eyes) were utter feasts during lunchtime. Compared to the cafeteria’s offerings, my own boxed meal (almost invariably Hot Pockets) lacked
a certain appeal. So I convinced my parents to start giving me lunch money for a trial period of two weeks. But those two weeks ended up lasting the entire school year. By the time summer came, I’d saddled myself with a chubby physique and an upcoming eleven years of endomorphic discomfort.

After spending your formative years overweight, losing weight
is also a process of (forgive me) rediscovering yourself. For years, I had a crutch on which to place my anxieties and insecurities. Every ounce of popularity I didn’t have corresponded to a pound that I did, and the friends I had were around despite my physical self. It—and my early adolescent weight will always be ‘it,’ an independent noun, something other than myself—was a cushion.

When I lost weight,I gained confidence because I knew I looked “better”—I was physically thinner, the number on the scale was smaller, I could now wear clothes marked small instead of large. The first thing my friends said upon seeing me after the summer I got in shape was you look great, a phrase I appreciated, acknowledged, but that I wished had never been necessary.

Becoming thinner had come with a sort of binary self-consciousness. With the growth of confidence came an increasing anxiety that I’d never have the same toned form of my friends who had always been thin—and so I worked to maintain my newfound fitness. Carbs were an easy thing to focus on, so I gave up eating those almost entirely, and can probably count the pizza slices I’ve eaten in the last two years. Exercise, delirious and sweaty at first, became a regular part of my life. And throughout the process I became fixated on other people’s bodies, on the subway, walking around my high school’s campus, at restaurants, literally sizing others against myself.

There is a particular web of veins that connects the inner forearm to the bicep, and above a certain body fat percentage, they’re obscured. I’d look for them in other people I knew, met. Three veins connecting the inner forearm to the bicep. The moment I’d realized I’d made progress came the August before my senior year of high school, when I finally saw them in my own arm.

The potential causes of any one dietary issue are as varied as the range of illnesses that fall under the umbrella of disordered eating. Well-known issues such as anorexia, bulimia, and binge-eating only form part of a spectrum.

Food is branded as irresistible, making it worthy of internal debate and frustration. When someone is struggling with weight, there is no easy way to eat. For someone overweight, even a single piece of food—a chip—can be an extension of the habits that made them that way. For someone fearful of food, the thought that occurs immediately upon succumbing to a chip is how to then exorcise it from the body. That can mean allowing the calories of that chip to detract from a later meal, or it can mean purging.

People who struggle with eating have a delicate problem to work through. Due to the marriage of food, culture, and family, meals are rarely eaten alone, nor can they be skipped altogether. Whenever we consume, even if no one else is physically present, it is in the context of our upbringing, involving society’s concern with food and our own concern for how others perceive our eating. Sticking with a longterm diet also requires overcoming the idea that diets are transitory. And what constitutes a lasting lifestyle change varies between people. Diet and exercise are broad prescriptions that must
be made specific to the individual, and this means neither is immune to becoming warped.

According to the National Institute on Mental Health, nearly 20% of American adults have an anxiety-spectrum disorder, which includes the compulsions that lead to both impulsively exercising and impulsively eating. Someone with an exercise addiction, according to the same research, falls under the category of bulimia—compelled to rid their body of supposedly unnecessary calories through dramatic means. But this is a notoriously difficult eating disorder to discuss or diagnose, considering the validation someone who does seemingly healthy things receives in daily life. A person who goes to the gym twice a day and maintains strict vigilance over the food they place on their plates is more likely to receive compliments than concern. And, granted, in many cases that isn’t a sign of an obsession. But in the cases where it is, the positive feedback loop generated by others makes it easier to deny that anything is off. And while it’s easy to commend or be commended for paying attention to fitness in the deep-fried dining halls of a college, it’s also important to remember that college years are also an extremely vulnerable time for many young people. The Johns Hopkins Eating Disorder Program reveals that most eating disorders will begin between the ages of 12 and 25, and affect 0.5% to 3% of women over their lifetimes. While most diagnoses affect women, around 10% are men, with potentially many more going unreported. In addition, unlike the case of bulimia nervosa, the number of males affected by exercise bulimia is on par with that of women.

I felt my own experiences shade my words as I taught
a room of eighth graders about body image and the dangers of obsessing over food. This was my senior year of high school, my first year of average weight. The kids had never seen me before and had no idea of how I used to look. As I spoke to them about moderation in the spheres of diet and exercise, I wondered how I, myself, could find a way to stay fixed and comfortable in some elusive Aristotelian mean. And I still do. At various points in the last few years I have given up bread, meat except for fish, meat including fish, anything sweet, anything much of anything, in efforts to make myself leaner or prevent a reversion to old ways.

Now at the start of my third year of that desirable, so-called average BMI, I can’t say I have found a concrete answer. But the time came to end the competition between myself and the food I ate, and that’s involved learning to ignore the guilt. Growing up, I had a cousin my age who was very underweight (because whoever designed our family has a real eye for symmetry) and he was encouraged to drink milkshakes due to their calorie density. I encouraged my parents to let me drink milkshakes due to my affinity for the dessert. They, responsibly, didn’t always comply. But now I’m on my own, and only occasionally am required to be responsible. The enjoyment of a milkshake, forbidden fruit of my childhood, will always be worth the calories.

MARCELO RIVERA-FIGUEROA B’18 couldn’t hack it as a vegan.