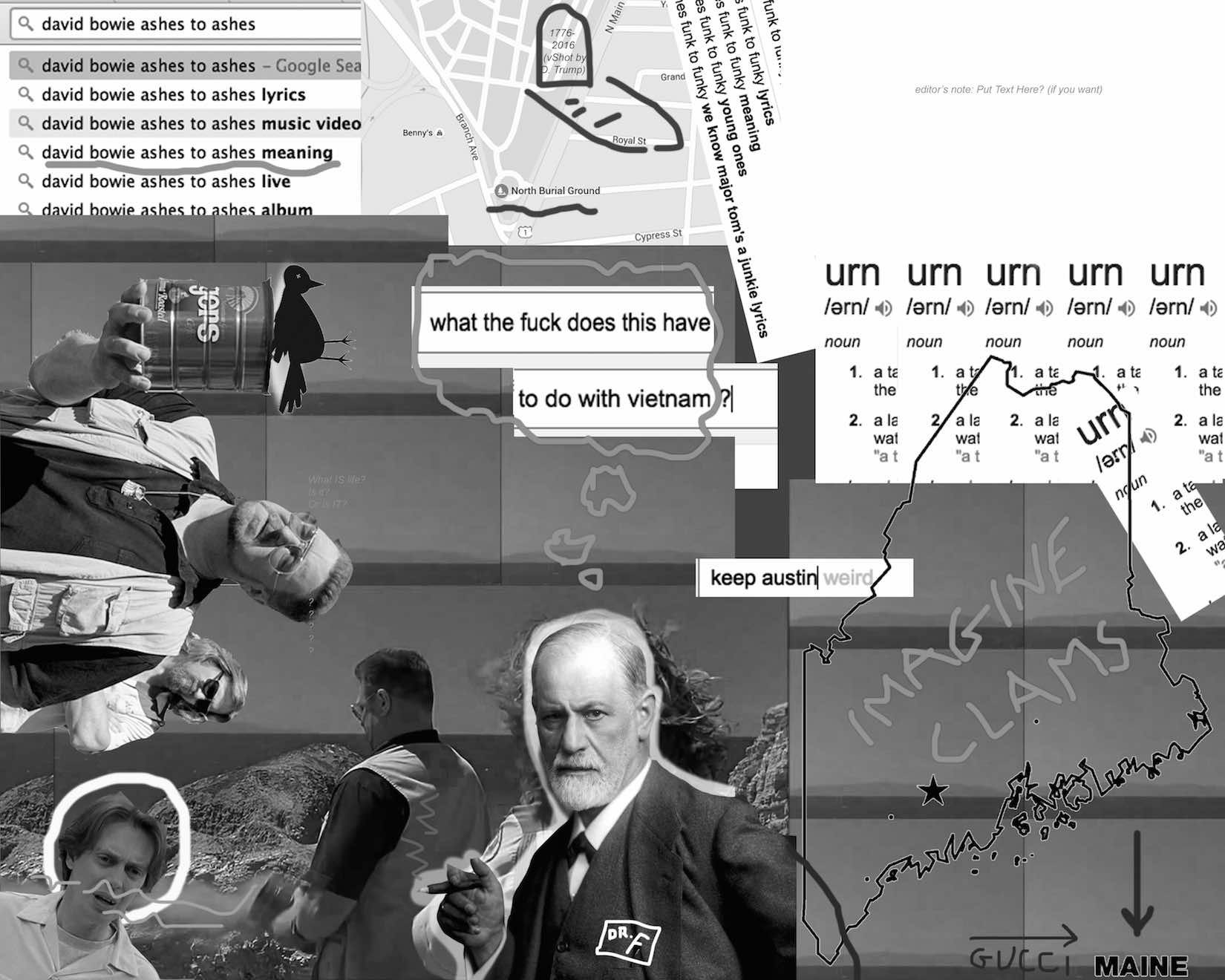 Margaret Wise Brown, a children’s book author who generally shunned the company of children, is buried where she once lived—on a small island off the coast of Maine. It isn’t far from the place where my grandparents still live, and often in late summer, when the afternoons are dragging on, I go to see her grave. Her headstone is unencumbered, a simple granite slab hewn from one of the quarries that cover the island. Lichen has begun to bloom across it, obscuring the S at the center of her name. Below, the words: Writer of Songs and Nonsense. The last time I went I noticed a wooden chair had been set unevenly into the grass. Its once dark planks are bone-bleached from the sun that filters down into the grove at the ends of afternoons.

Near this graveyard, where only two bodies are buried, is the white clapboard cottage that Margaret Wise Brown called The Only House. Today it belongs, at least in deed, to a man called Pebble. In 1952, after flirtations with Spanish princes and a ten-year affair with another woman, Margaret Wise Brown met Pebble at a party. He was sixteen years her junior and they were engaged almost immediately. Before they could marry, she died, unexpectedly, of an embolism that made its way to her heart. Pebble married another woman, though my grandparents tell me that he never really dislodged Margaret from his mind. How could he have, waking up mornings to the same sea?

Pebble’s first wife is the owner of the other body in the grove. I have always seen her as a sort of interloper in death, her crumbling bones surely unwelcome to those of the woman lying beside her. Her name was Liv and her own first marriage had been to Thor Heyerdahl, the man who crossed the Pacific Ocean on a raft. In death, Thor chose cremation, and his remains are scattered at his family’s home in Colla Micheri. Pebble is the only one of the bunch who has made it out alive. Actually, Thor’s third wife is still around too, but you can’t sit and watch lichen grow over ashes.  –PSF

The Heierman building in Austin, Texas is now the main office for Equitable Commercial Realty. It was built in 1887 as a hotel for a man named Tom Smith. “The Hotel Provident,” reads the inscription on the building, “operated under various names until the 1920s. In conjunction with the hotel, the lower floor housed numerous businesses, including a newspaper, a law office, the Texas Invention Co., and various enterprises of J. Frank and John G. Heierman.”

I scoured through Austin’s historical records and found a business called “Rosengreen Funeral Home” that used to operate in one part of the hotel. This was also the site of Austin’s first cremation, which happened sometime in either 1905 or 1906. Story has it that a fifteen year-old boy named Boyd Lane, of 600 Harthan street, used to work part-time at this funeral home. He would come after school to help Mr. Rosengreen, the funeral director, embalm corpses, maintain financial records, and prepare for memorial services. One afternoon Rosengreen called Boyd and told him to come to work that night—something new had come up and he needed his help. When Boyd arrived, Rosengreen informed him that an elderly European man had passed away and that his wife wanted his ashes shipped back to Europe. There were no cremation facilities in Austin at the time, so Mr. Rosengreen, thinking on his feet, asked the Heiermans to use their furnace. Despite their initial reluctance, they eventually agreed. Just as Rosengreen and Boyd were about to begin the cremation process, however, the Austin police arrived, asking whether they were intending to destroy a body. They got approval and the cremation continued, with throngs of curious Austinites observing through the large windows.

The furnace was not hot enough to disintegrate the gentleman’s bones (crematoriums need to be between 1600-1800 Fahrenheit), and so, after hours of enduring the putrid scent of burning flesh, they ended up with a charred skeleton. It's unknown what was done with the remains. –YH

When you touch a taboo, the taboo passes onto you. Even children know this. When my sister and I were young, we found a dead bird in our backyard. We solicited our brother, a toddler, to go outside and touch the bird. After he did so, he reported back to us—we told him that contact with dead birds was unwise because it meant that he would incur the fatal disease diabirdies (die-of-birdies), the same disease that took our grandmother. We told him that he had a few hours left to live, laid him in the grass, put oak leaves over his eyes, and informed him that mom would not return before he passed.

In Totem and Taboo, Freud notes that the prohibition on contact with human corpses is universal. He cites Polynesian customs that determine the duration between a death and lawful touching of the corpse. The same taboos applied to the body in life apply in death: if a person is an important figure in the community, the tribesmen have to wait longer before addressing the corpse. Violations of this waiting period warrant the death penalty. Years later, French philosopher Georges Bataille would remark that Freud’s analysis of the importance of the deceased failed to truly explain why contact with corpses inspires fear: we impose threats on those who touch dead bodies because we do not want to confront the fact that, subconsciously, we want to eat them.

The uneasiness we feel toward dead bodies applies to cremated remains as well. The death industry knows this and seemingly capitalizes on related instincts: the sacredness of and ambivalence toward the remains, and the resulting taboo on contact. Survivors of the deceased are wary that being cheap about death undermines both this sacredness and their commitment to the deceased. This is why urns are fancy, untouchable—their structure must comment on and reinforce the constitution of the taboo. If urns are not adequately designed, the taboo could lose its primacy and pass onto anyone. At the Swan Point Cemetery, in Providence, urns can cost upwards of 300 dollars, even without hefty ceremonial and procedural costs. Determining the price points of urns is not an easy conversation on either side, and it’s even harder if those in mourning are not willing to pay for it. Facing this dilemma, The Big Lebowski’s The Dude and Walter Sobchak decide to place the ashes of their late friend, Donny, in a Folger’s coffee can, an accidental gesture of irreverence towards the taboo and the sacred. When Walter attempts to throw Donny’s ashes off a cliff and into the Pacific, the wind blows the ashes back onto them, forcing contact with what is left of Donny. Alone and coated in Donny’s ashes, the offenders are neither threatened with the death penalty nor diabirdies. I guess it depends on who's watching. –HS