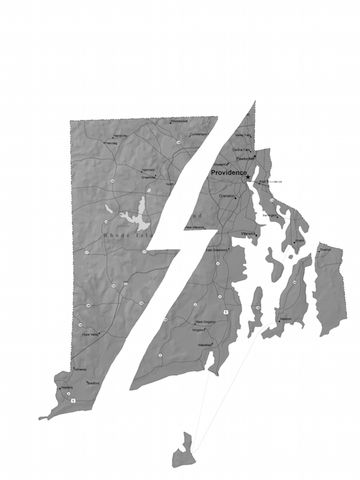 Vampiric, Hurricane Sandy drained the life-blood of New York City in 2012, flooding its subway system for the first time in years. Though the City was quickly able to construct towers for billionaires post-recovery, it lagged on aid for its most disadvantaged neighborhoods. Public housing in New York City was devastated; 80,000 people—many of color—were left without heat or electricity for months. In North Shore, Staten Island, three feet of water stood atop a former lead factory, where there were remnants of neurotoxic heavy metals. “No one was prepared for this,” said Beryl Thurman, executive director of the North Shore Waterfront Conservancy, “the risk of sea level rise, storm surges, is not a conversation anyone wanted to have.” The White House estimates that cleanup of natural disasters in 2012 cost $100 Billion. In an effort to reduce costs, the Obama Administration has made environmental legislation a priority—in August, during a visit to Alaska, the President unveiled his Clean Power Plan, which seeks to increase the use of clean energy thirty percent by 2030.

Rhode Island is at the forefront of states trying to invest in clean energy. In 2011, Rhode Island had the third lowest amount of carbon dioxide emissions in the country and has been a founding member of the Regional Greenhouse Gas Initiative, a cooperative effort among states in the Northeastern United States and Eastern Canada to reduce greenhouse gas emissions. But even though one of the major goals of the Clean Power Plan is to make us less reliant on expensive and polluting fossil fuels from overseas, natural gas is affecting two different neighborhoods within the Ocean State.

Under Obama’s plan, states are allowed to choose how to meet carbon standards. Following the Clean Power announcement, Governor Gina Raimondo proposed a $700 million natural gas plant in Burrillville, RI, where, out of a population of about 15,000, 97% are white and 76% own their homes. The plant, operating at a capacity of 900 megawatts, will be among the most efficient in New England and the firm sponsoring the construction, Invenergy, is a Chicago-based firm specializing in clean energy projects. The gas that it will burn, however, will come from the fracking fields of Pennsylvania. The natural gas is 75% methane, a greenhouse gas 20 times more potent than carbon dioxide—mixtures of about 5-15% in the air can be explosive. At gas-fired facilities like the one proposed, the methane is known to leak eight times more often than emissions at carbon dioxide counterparts. To transport the gas, Raimondo has also proposed the renovation of the Algonquin Gas Transmission, a 1,129-mile long gas conduit that runs through New England, New York and New Jersey.

Beyond Northern Rhode Island, Raimondo also plans to build a Liquefied Natural Gas (LNG) facility in Fields Point, overseen by National Grid. To the question ‘doesn’t National Grid already have an LNG facility in Providence?’ they have an answer on their website: “The white tank and accompanying equipment already present is used to ‘store’ and ‘vaporize’ LNG.” The area has a population of 25,000—more than half of which is non-white, but the project would provide 40% of New England’s gas supply. “I’m a big proponent of wind and offshore wind,” Raimondo told 630 WPRO, “but the short-term solution to bring down energy costs for businesses and families is natural gas.” Several activist groups in and around Providence disagree, though. And over the course of the summer, they have made their opposition known.

Fighting Against Natural Gas (FANG), a community organization opposed to fracking, has conducted several forms of disruptive protest against the Burrillville plant. On August 4th, FANG rallied around the Center of Commerce to object proposed energy plans. Later in the month, two members of FANG—Peter Nightingale and Curt Nordgaard, a physics professor and a pediatrician, respectively—were arrested after chaining themselves to a gate near the building site. Describing his stint in jail, Dr. Nordgaard told RI Future that time in the pen was relaxed, somewhat due to his white privilege. “Learning about people who die in jail cells like the one we were in, purely because of race,” Nordgaard reflected, “makes me sad, and at the same time, part of the reason why we can do this is because of our privileged status.”

At the Juanita Sanchez Educational Complex in August, a girl shouts, “People of color are likely to receive more bad treatment to their environment, more than any other group of people.” Environmental racism shows itself in the increased likelihood of exposure to hazards, the deliberate targeting of toxic facilities in particular neighborhoods, and the lack of access to or adequate maintenance of environmental amenities. Jesus Holguin of the EJLRI is opposed to National Grid’s project. “It’s already 95 that cuts through the community,” he says “and that’s already a lot of toxic emissions.” In “The Burden of Asthma in Rhode Island,” the Rhode Island Department of Health states that adult asthma rates are significantly higher among adults with household incomes below $25,000. The median household income for Latino families residing near Roger Williams Park is $17,000. The income for black families is even lower—$10,000. Flanked by Providence Police, Julian Rodriguez-Drix of the EJLRI told the story of how his photos of an earthquake’s effect on the already-present facility had led to his friend’s interrogation at the hands of the FBI. “I just happened to borrow a friend’s car, because I usually bike or bus to work,” goes Drix, “and then the next day, he started getting calls—first from the coastguard and then the state police who’s with the FBI Drug Terrorism Task Force and Home Security, then my friend’s mom got calls looking for him.”

As a check on environmental discrimination, states consider environmental equity when making energy decisions. This principle ensures that no single group of people shoulders a disproportionate share of environmental hazards resulting from industrial, governmental, and commercial policies. The Univar Chemical facility currently in Fields Point holds the second highest percentage of children who go to school within the hazard radius of a chemical facility—300 Providence schools lie within the 14-mile danger zone of the Fields Point plant. The Burrillville plant will still ooze out methane, affecting everyone in Rhode Island—non-white or not.

If the plants win approval from state and local officials, construction in Burrillville and Fields Point will begin next year. “Better protecting the environment is not only the right thing to do,” wrote the Governor in her Green Bank proposal earlier this year, “it is an economic driver” But a driver for whom? Behind big plans hide fat envelopes. “Far from enhancing our energy independence or energy security,” says Lisa Petrie of Fossil Free Rhode Island, “this pipeline will accelerate the depletion of our already vastly overrated domestic gas reserves because much of the gas will be destined for export.” In October of last year, Pieridae Energy, owner of the Maritimes & Northeast pipeline, filed a federal application to send domestic natural gas from Massachusetts to Nova Scotia; there, it would be converted to LNG and exported. Is Raimondo willing to forsake our communities—some at more risk than others—in the name of revenue?

SHANE POTTS B’17 lies within the danger zone.