How to Text Better 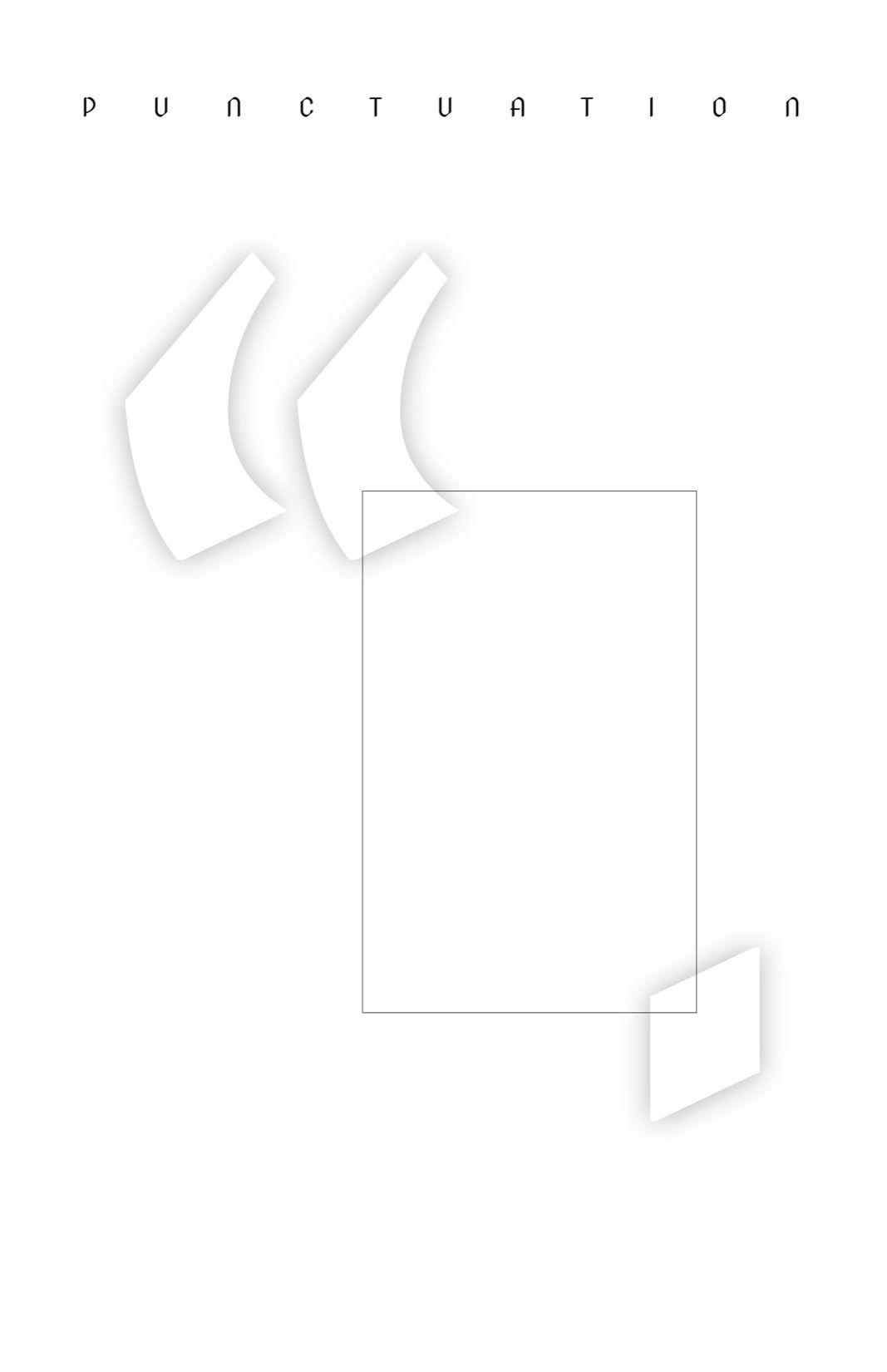 On October 6, 1960, the American Standards Association (ASA) inaugurated the mysterious “X3” committee; a group tasked with determining the standard set of characters that would define computer communication for years to come. After three years of debate, the ASA committee decided on the numbers 0 to 9, some control codes like “alt” and “command,” a space bar, and several punctuation symbols. Together, these symbols comprised the 128-character American Standard Code for Information Interchange, ASCII. After three years of debate, the ASA probably toasted whiskey to the many future government documents and academic essays that could now be typed up and distributed, all—thanks to their carefully selected punctuation—with perfect grammar.

Physically, ASCII is what we see on computer, phone, and other communication device keyboards. Electronically, ASCII assigns each character a set of numbers that computers can recognize—it essentially allows humans to share information from one computer to the next. And here lies the crucial significance of ASCII: as more and more of our interactions occur through technology, we are constantly attempting to translate our physical thoughts and experiences to digital terms. ASCII is exactly this translation tool. What has it meant for us to be restricted to the same 128 characters for the past fifty-some years? How has our use of ASCII to express our lived experiences evolved over time?

We could start, as all great things do, with the '90s. 1997 witnessed the onset of the dot-com bubble as well as AOL’s release of its instant messenger, AIM. As ASCII exploded in its availability, creative anarchy surfaced in the form of 12-year-olds messaging sk8rboi92 a ‘ :* ’ to mimic the pucker they may have formed with their lips had they been face-to-face. With fingers in such close proximity to a few charmingly random symbols, cellphone and computer users began to get inventive and stretch the boundaries of use for X3’s carefully chosen punctuation. For a while, our efforts to communicate physical experiences, especially emotions, relied on the standard ASCII characters. But not for long.

Enter the emoji: ASCII art incarnate. In 1999, Japanese mobile phone provider DoCoMo picked up on the popularity of typed emoticons and turned them into small pictures that users could add to their texts. Beyond 50 facial expressions, emojis also included images we could neither produce with ASCII characters nor during face-to-face contact: a monkey with hands over its mouth, for example. These symbols took on diverse meanings; the girl in a pink shirt with her hand cocked by her shoulder (an Apple emoji) filled a particular void in users’ sassy or smug communication.

While these small graphics have varied and creative uses, an important aspect of emoji is that each has an equivalent in the physical world. In this way, emojis almost subsumed the classic emoticon; the facial expressions and even small animals people had strived to create with colons and parentheses were realized, and expanded—much like how the advent of photography accomplished one role of art: attempting to accurately represent the physical.

Did emoji kill the ASCII star? Not quite. Despite the emoji obsession, ASCII characters have not been tossed aside. In fact, they are re-emerging in new ways. Within the digital twists and turns of Facebook, a specific trend has emerged: the ubiquitous and inexplicable new use of some old punctuation symbols.

In today’s social media world, millenials can get people to come to an event if they announce it by saying: ~TONIGHT’S THE NIGHT Y’ALL~

… and make the benefits of attending clear: Come for a night of music//fun//baes

Featuring creative work from the most ~fab~, *fierce*, +feminist+ artists & poets… ~get excited~

Symbols function as punctuation specifically when they add meaning to a word or phrase, and some of the symbols used in those posts fulfill that role. The slash (/) is a cousin of the “&” but can also mean “or”; it is meant to communicate that these words in a list are related to each other. The tilde (~) surrounds a word in order to impart a feeling of suaveness or innuendo—imagine suggestive eyebrow raising.

There’s a certain elegance to these symbols (+, *, ~, etc.). Their shapes appear minimalist but also frivolously decorative. Why did we choose to use two slashes, when one would have sufficed? Why the squiggle on both sides of the word? The answer is that we are highly conscious of how punctuation appears visually. Punctuation could be the technological equivalent of doodling in the margins of our notebooks. In texts, Facebook posts, and 140-character tweets, everyone is a graphic designer.

Designing with symbols isn’t new. In 1898, stenographer Flora Stacey tapped out a butterfly on her typewriter. More than 100 years later, we’ve reached impressive heights in ASCII art (think Obama’s face generated entirely by your computer keys). What is new, however, is how the squiggles, dashes, and plusses go beyond basic ASCII art in their interactions with words. Today, our ASCII symbols impart meaning through their grammatical functions as well as through their artistic design. The plus symbol used above (+feminist+) adds a particular sharp emphasis to the word it surrounds, but maybe more importantly, it is aesthetically pleasing. The asterisk in “ *fierce* ” makes the word dazzle both in its meaning when read, and how it looks on the screen.

And why might design be important to our communication? If an estimated 80% of our in-person communication is nonverbal, this may be equally true in our digital conversations. Just as we communicate visually with our body language, maybe we are designing with plusses and slashes instead of arms and legs.

What is it about the aesthetics of punctuation that have drawn us back to ASCII instead of surrounding our words with vibrant emojis? Is this the final triumph of the ASA committee in constraining us to their 128-character keyboard? Maybe we’ve picked up on the Scandinavian trend of minimalist design. Now that we’re surrounded by fiber-optic, HD, retina display, it’s possible that our eyes crave the simple sight of basic symbols.

And it’s just that—ASCII characters are simply symbols, symbols that are abstract from our physical lives. This makes them malleable and capable of being instilled with new meaning. Even emoji, although revolutionary, only offered us replications of what was already familiar in the physical world. We have moved back to using ASCII because emojis aren’t enough—small representations of the physical are seemingly inadequate. Why? With more of our experiences and interactions occurring in the digital world, including entire relationships formed online, there may be some thoughts and feelings created in the technological sphere that we cannot replicate in the physical world. The rush one might feel from a 'like' on their photo, or the specific addiction one might feel to scrolling through endless photos on the internet. These miniscule but extremely common experiences have only entered our lives in very recent history. Perhaps we don’t have the words or pictures to properly describe them yet, so we’ve settled on punctuation.

This new trend in punctuation offers something further. When conversations became increasingly digital, the messaging trends we developed all seemed to reach towards one goal: mirroring what face-to-face interaction provides. These new symbols are moving things in the opposite direction. Even though the squiggle suggests a physical expression (recall the eyebrows), that’s not exactly it. Like explaining the definition of a word, we could offer synonyms for a squiggle, but none of them would exactly encompass its dynamic meaning. A friend and I recently joked that in conversation, we sometimes feel the urge to emulate the squiggle. We debated the potential of flapping our arms at our sides as we said a word we wanted to give “the squiggly feeling” to. I couldn’t quite explain to her in words how this one place gave me ~good vibes~. And there we were, for once, turning the table and trying to replicate in the +physical world+, what we could only experience *digitally* !!!