This is Rapid Transit
They changed it last week, the 11 Broad St
And the 99 in Pawtucket
The opposite of a plaza, no convention, no center
Not enough door for hospitality to enter
The system is out of control
Who keeps moving the landmarks?
They broke up the A and now B is too far
Buses churn like land sharks
You have to connect three times just to stand where you are.

The Tenderloin Opera Company was founded by playwright Erik Ehn in September 1995 in San Francisco; it transplanted to Providence when he moved here six years ago. Every Friday at 1:30, around 10 of the constantly shifting membership of the Company meets at the Mathewson Street United Methodist Church in downtown Providence to write, read, and sing their stories. The group is made up of people who are homeless or formerly homeless, as well as friends and advocates. The workshops culminate in the production of about two operas a year.

This past Saturday, the Tenderloin Opera Company (TOC) performed their latest opera to a small audience at The Church, a 45-minute production entitled “Can of Worms (Two-Stent Heart)” that was written collaboratively by the Company over the past year. The performance alternated between spoken narrative—in which the dozen-or-so performers shifted fluidly between roles—and bouncy, bassand keys-driven outsider-pop songs. Like most of the company’s work, the performance directly addressed issues of the homeless experience; sardonic jabs about the Kennedy Plaza renovations appeared multiple times through the performance, and one song, called “End of the Month,” centered around food stamps: “How many days til the first? / $200 gone in a snap.” The performance also frequently devolved into surreal fantasy: buses morph into sharks; a dog helps a woman give birth to a baby, which then turns into a cat. Each production has a specific theme; one of the themes of this year’s opera, Ehn told the audience before the performance, was schizophrenia.

Many members have found their way into the company’s ranks by word of mouth, or, even more often, by accident. The Mathewson Street Church is the site of several services and programs for people who are homeless and, until recently, ran an overnight shelter. The end of Tenderloin’s practices coincides with meetings of the Speakers Bureau, a volunteer-based program that offers debate and speech classes to the homeless. These projects, as well as a weekly community dinner at the church (which serves around 300 of Providence’s nearly 5,000 homeless people), bring together a small but active community of the homeless and their advocates under one roof on Fridays. Many of these projects, like the Speakers Bureau and Street Sights, a newspaper by and for the homeless, are initiatives of the Rhode Island Coalition for the Homeless (RICH).

The Tenderloin Opera Company’s nontraditional membership, radical politics, and sight-specific content places it alongside several other alternative theater initiatives in Providence. For example, one of Tenderloin’s partners, The Manton Ave Project unites young people living in Olneyville with professional artists in a variety of free storytelling workshops. The Everett Dance Company, based in the Mount Hope neighborhood, brings together performers across cultures, generations, and economic backgrounds to explore social issues through performing arts. The most widely known community arts space in Providence, AS220, has become a national model for inclusive, public-access creative programming.

Ehn—who currently serves as head of playwriting at Brown University (formerly the dean of theater at CalArts)—explains that Providence’s small size makes it a perfect place for these sorts of projects to have an impact in a way that was impossible in a larger city like San Francisco. “Providence’s urban environment has the cultural diversity, abundant history and a range services that help create space for artistic expression as well as the urban problems of poverty, discrimination, and poor urban planning that spur activism,” says Ehn. “Activist theater is welcome here.”

The community is vibrant, but grassroots spaces for performance are limited and frequently shut down. DIY theatre spaces come and go across the city: this winter, for example, saw the closing of the Summer Street Dinner Theatre, a longrunning series of performances and dinners hosted in a warehouse space on the West Side. Its final show featured performances by the Tenderloin Opera Company, as well as by Beth Nixon, a Rhode Island native and Providence-based interdisciplinary artist who works under the self-reflexive name Ramshackle Enterprises. Like Tenderloin, Nixon’s work features wandering plots, as well as enormous, meticulously crafted cardboard props. A heavy-hitter among many of Providence’s (frequently overlapping) alternative performance communities, Nixon mentors at  New Urban Arts, has helped make props for the Tenderloin Opera Company’s appearance at PRONK, and is a frequent performer at AS220.

“It’s heartbreaking when DIY spaces keep getting shut down,” Nixon told the Independent. “The loss of Summer Street is huge; they hosted so many amazing shows. My other favorite was Building 16, and before that Fort Thunder.... There are a couple others I’m not going to mention, because the more you mention them, the more they risk getting shut down.”

About halfway through the opera, the bus finally arrives.

NARRATOR: All of a sudden, a Ghost Bus—the “U-Line”—stops by. The driver scoops them up. Next to them is Diamond Dog, who got on the wrong bus—this is a new/wacky bus line that sprung up during the Kennedy Renovation... The bus goes underwater to the Rocky Point Amusement Park, which has been rebuilt under the sea.

Like many arts initiatives that work with underserved communities, the Tenderloin Opera Company functions at once as a platform for creative expression and as a catalyst for critical, issue-specific awareness. “Can of Worms (Two-Stent Heart)” weaves in and out of the fantastical, juxtaposing scenes specific to the experience of being homeless in Providence (like riding the RIPTA bus to the shelter or getting kicked out of the emergency room for disorderly conduct) alongside bizarre, dreamlike sequences (a tree outside a Providence homeless shelter gets drunk, a chatty cloud of smoke talks to the protagonist about her impending death). Indeed, the play’s frequently surreal narrative is meant to reflect the schizophrenia of its two protagonists, Ruth and Lawrence—both of whom are experiencing homelessness in Providence. The opera—which Ehn calls a “love story between two schizophrenics”—tracks Ruth and Lawrence as they meet, get married, and die, and then again as their ghosts find each other again under the Narraganset Bay.

In many ways, the opera’s plot functions to raise awareness of the specific experience of facing homelessness and mental illness: watching it, one can almost (and only almost) grasp what it might be like to, for example, witness the disorienting destruction of Kennedy Plaza as a person experiencing homelessness: “We are desperate to find our way / 99 is not the R so far today / And Pawtucket Ave., no longer served / ...We are walking, walking again.” But, in its bizarre surreality, the opera also functions as a radical departure from reductive, essentialist narratives of homelessness.

“All you have to do is scratch the surface of reality and it becomes surreality,” says Ehn. “What it’s like to be schizophrenic and homeless in Providence is extreme and any fantasies you build up around the facts don’t even rise to the level of the reality, so our fantasy actually represents a kind of restraint.”

Nixon, too, believes in fantasy as a tool for activist art, one that can diverge from essentialism or didactic storytelling. “Sometimes folks working in marginalized spaces essentialize or glamorize those spaces,” Nixon says. Oftentimes, people expect Nixon to facilitate art that explicitly reflects the condition of the group she’s working with. “But my approach is more like, these people share this experience in common, and along with that there are other parts of their humanity that, like all of us, could benefit from being expressed and painted and reimagined.”

After the last musical number in “Can of Worms”—a quietly slow tune called “Cool Change”— the company performed a final song as an encore, one mostly unrelated to the opera’s narrative. Called “For Wendy Tallo,” the song is a tribute to the death of a chronically homeless woman. Wendy Tallo was found dead in the Trinity Cemetery in October, 2014. Her death occurred within two months of the death of another homeless woman living in Rhode Island, Irene Weh, whose body was found in the same cemetery. Her death was speculated to be a suicide, but members of TOC believe firmly that both she and Weh were murdered.

Unlike the rest of the opera, the text of “For Wendy Tallo” does not circle around its subject matter with fantasy and dream imagery. “I still remember the last time I saw you / You stole a beer from June and motioned me not to say anything,” the song goes. “And it was getting late so I said / I am leaving Broad, going home / I said I love you, and be safe.”

Based on a letter written by a TOC member and friend of Tallo’s, the song departs from the company’s typical mode of meandering storytelling. It doesn’t conflate, hyperbolize, or disguise—instead it presents, simply and directly, a mundane scene: two real women in one real, familiar location, a Broad Street unobscured by talking animals or drunken trees. “And you said you love me, and be safe too,” the company sings. “And then this happened.” 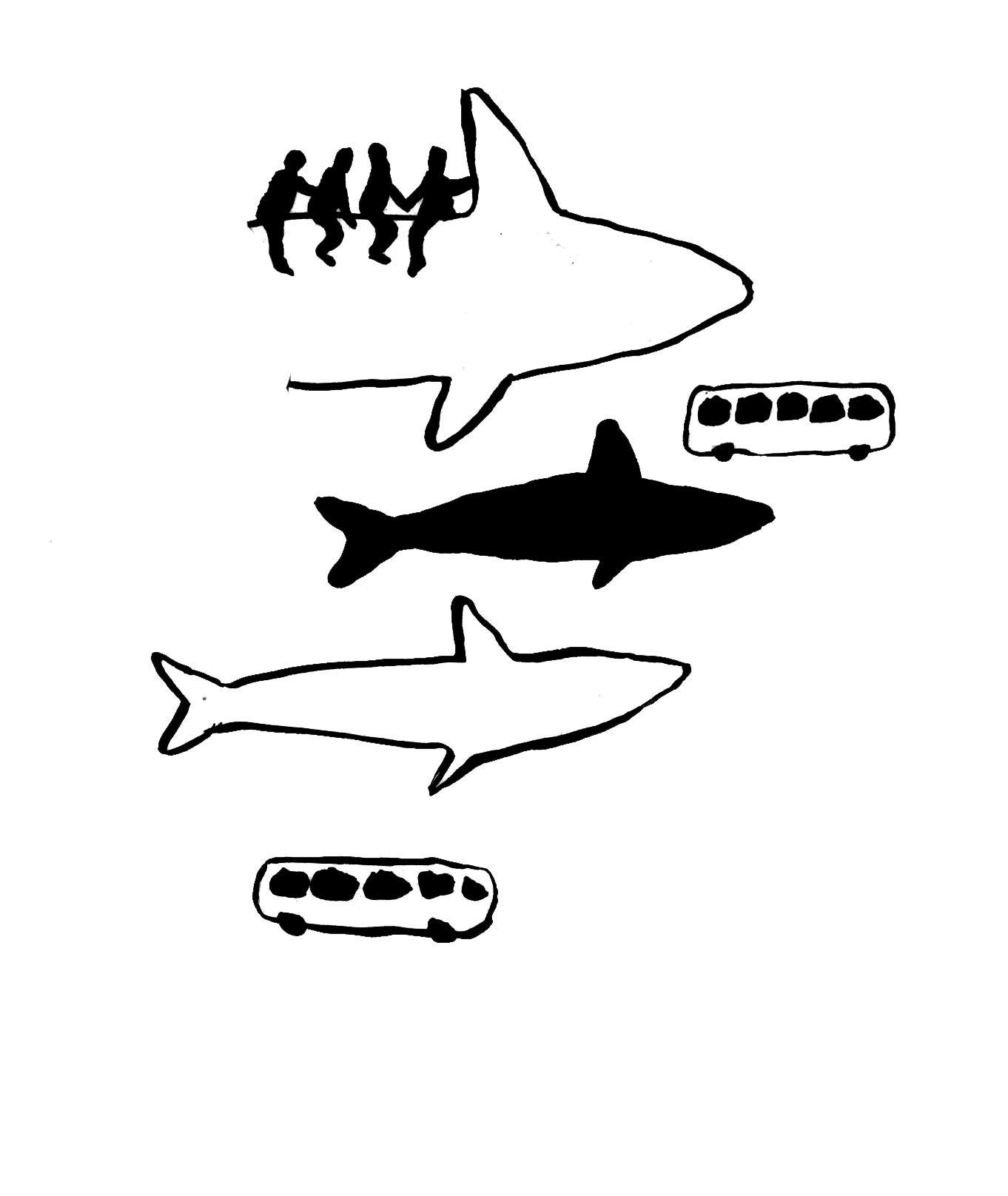