A POND AND THE PEOPLE 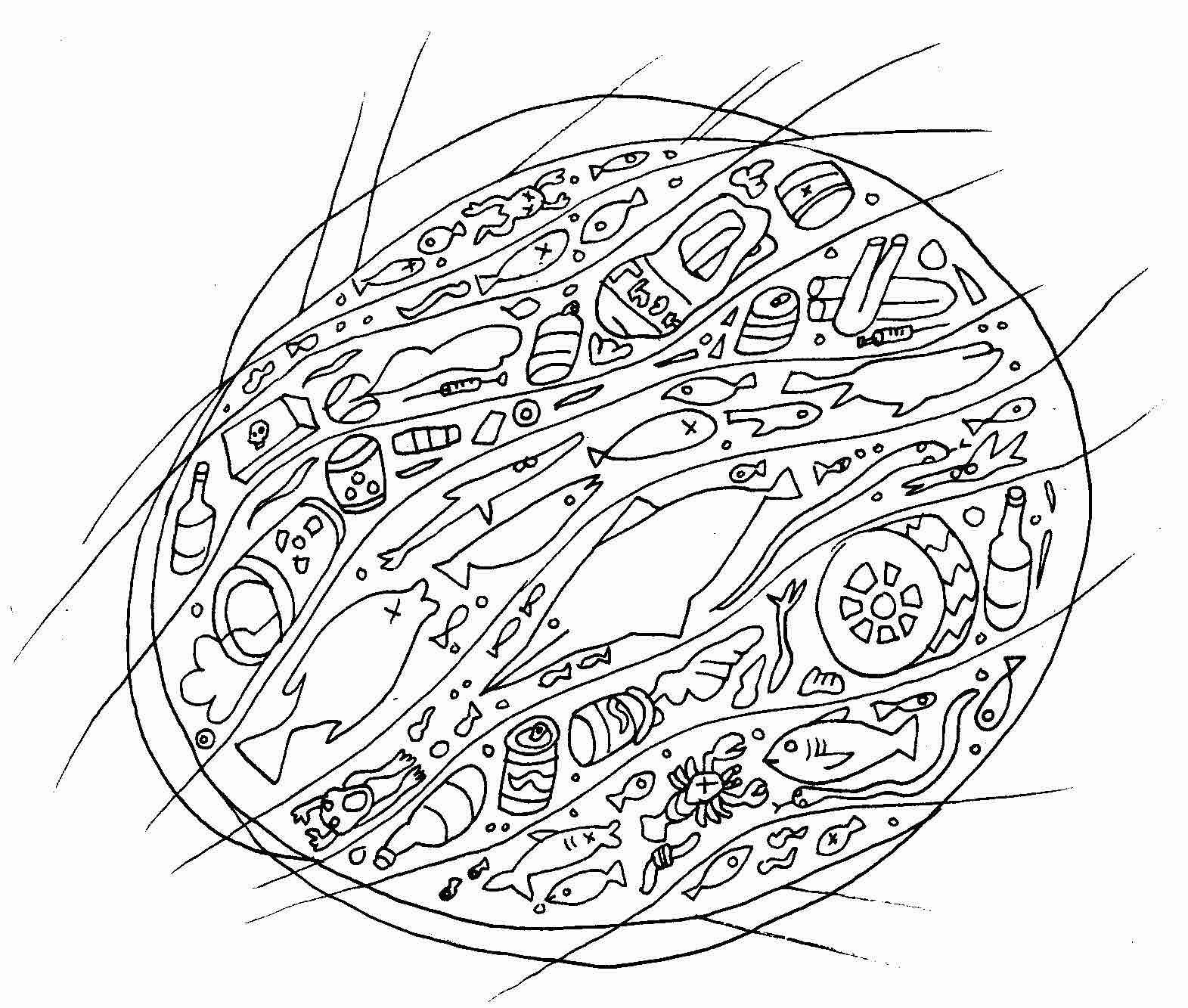 Mashapaug Pond, even as the largest freshwater pool in Providence, is easy to miss. It’s tucked behind the grey concrete facades and garish storefronts of Ocean State Job Lot—a strip mall that lies on the Providence-Cranston border. The built environment of highway onramps and overpasses has cropped up around the natural one, rendering it invisible and inaccessible.

The pond is nestled on land that formerly belonged to the Narragansett Indian Tribe, who have lived in the region for over 30,000 years. As a source of both water and spirituality, the pond was a beacon of community gathering. Now, an easy lull of glassy quivers creates a feeling of peace, but one that only exists at surface level. The pond has long been, and still is, the center point of a cycle of environmental racism, oppression, and marginalization.

Located in what was formerly the West Elmwood Neighborhood, Mashapaug is adjacent to an area that once housed 567 family homes, owned predominantly by people of color. Before the Equal Credit Opportunity Act of 1974 and the Fair Housing Act of 1968 that preceded it, mortgage discrimination explicitly dictated where racial minorities could purchase homes. In 1940s and ‘50s, West Elmwood was one of the few areas where loans were approved for people of color, as its proximity to the Huntington Expressway made it an undesirable neighborhood for those with other options.

In 1961, the 117-acre West Elmwood Neighborhood was destroyed to make space for the Huntington Expressway Industrial Park, an expansive lot that houses companies and warehouses. Today, many of the commercial buildings lie empty, long since abandoned by their tenants as Providence’s defining industrial era became assuredly post-industrial. The Providence Redevelopment Agency’s Mashapaug Pond Feasibility Plan cited high rates of crime, urban blight, and illicit activities as creating generally unhealthy living conditions to justify the destruction of the homes.

The Providence NAACP fought diligently against these accusations, generating a petition against claims they knew to be unfounded, which served as fabricated reasons for the agency to execute demolition framed as urban renewal. As former residents pursued relocation, the same rules of discrimination that excluded them from receiving loans to purchase homes in white neighborhoods also precluded them from renting there. Former land and homeowners were stripped of the security and sovereignty land ownership afforded them. Keisha-Khan Perry, an Africana Studies professor who focuses on Black land loss, argues that land can

Now, Mashapaug pond and the area surrounding it are in actuality, hazardous. Not because of residents engaging in illicit activities, but because of the toxic legacy of corporations that used Mashapaug Pond as a dispensary for industrial refuse. In 2012, the Rhode Island Department of Environmental Management declared the pond a Class 5 toxic water body, an accolade reserved for only the most polluted. The Environmental Protection Agency (EPA) deemed the water unsafe to drink, fish, or swim in. The Rhode Island Department of Environmental Management (RIDEM) echoed these sanctions, mandating no contact with the water and imploring pond visitors to wipe their feet thoroughly after leaving the area to avoid transmitting toxic contaminants to their homes.

This toxicity is largely due to continued non-point source pollution—that is, pollution from diffuse sources. It’s a common process in cities that results from constructing spaces with heavily-paved surfaces that are incapable of absorbing precipitation, as porous surfaces do in the natural water cycle. When storm water runoff pounds city ponds and rivers, it brings with it the trademark residues of the city: gasoline, synthetic fertilizers, and oil. During this process, it is impossible to isolate a specific culprit, and so the water quality of Mashapaug Pond is continually degraded. In a 2012 statewide water body impairment report, the EPA made claims about the probable sources filling the pond with contaminants. Pet waste and overflow from storm sewers could be blamed for fecal coliform. High levels of phosphorous could be chalked up to wildlife defecation.

There is one toxic substance, though, about whose origin the EPA did not hypothesize. It’s Polychlorinated Biphenyl (PCB). “Source Unknown.” Tissue samples of fish tested positive for the compound, which is illegal. Congress banned PCB in 1979. The EPA found it to cause cancer, birth defects, and slowed neurological functioning. In a peer-reviewed study on the effects of PCB on rats, every single rat exposed to the substance developed cancer. PCBs can also attack the reproductive, endocrine, immune, and nervous systems.

In 1967, Textron, an electronics manufacturer, purchased the land around Mashapaug from the Gorham Silver Manufacturing Company. One of largest silver manufacturers in the world during the peak of its operation, the corporation began polluting the pond in 1831, and didn’t stop until it closed over a century later in 1940. The precious metal empire transformed the pond into a cesspool, and Textron maintained it. PCB was present in chemical cocktails used to clean heavy machinery, but there is little clean about its filthy legacy of permeating groundwater stores. Chemical refuse did not always surreptitiously slide into the pond either, but also sank there in the form of 55-gallon drums eventually discovered by emergency response divers during a skating accident rescue.

In 2006, Dr. Robert Vanderslice, the chief of Environmental Health Risk Assessment at the Rhode Island Department of Health, requested that an analysis of cancer rates be conducted in census tract 15, which contains Mashapaug Pond. The Center for Epidemiology at the Rhode Island Department of Health had difficulty claiming causality between environmental carcinogens and the region’s cancer rates due to its small population. 567 families in West Elmwood were displaced in 1961 with the construction of the Industrial Park, reducing the available sample size to those living in nearby neighborhoods. Today, only about 2,700 people live in census tract 15, 67 percent of whom are non-white. Perhaps because of the drastically reduced sample size, the elevated rates of liver cancer, lymphoma, and myeloma could not be proven to be associated with the pollution in the pond and surrounding areas. But common sense suggests these patterns are no matter of chance.

Since 1993, Textron Inc. has been charged with 29 EPA violations in 17 other states, but not in this case. Textron’s direct culpability is murky in an instance where deeds have changed hands, and stewardship of the land is not a necessary clause of ownership under the auspices of the law. Textron purchased the land in 1967, assuming both 37 acres and the ramifications of Gorham’s pollutants. In 1986 though, Textron sold the land, and the additional pollutants to augment Gorhams’ originals. The parcel then went through a series of quick real estate transactions, first to the Winoker Group, then on to the Adelaide Development Corp until the eventual owners, Seaman Equity Group, defaulted on their taxes in 1990, and the City of Providence gained possession. Yet when the city acquired the land, it became clear that their vision for repurposing and the standards for remediation to commercial and industrial standards that Textron agreed to in 1994 were incongruent.

Jorge Alvarez High School was built in 2007, the same year the report was released that found no statistically significant link between elevated levels of environmental carcinogens and elevated rates of cancer in the area. Constructed on the brownfield site formerly occupied by Gorham and Textron, it is positioned on polluted ground. It was also built in explicit violation of RIDEM standards. The remediation to commercial and industrial standards is insufficient for a school, which can legally only be built on land that has been reconstituted to meet residential standards. The City ignored this fact and pushed forward with construction, an act of conscious negligence. Amidst public outrage, RIDEM then sued the City of Providence.

The city department responsible for the toxic parcels may sound familiar. It’s the Providence Redevelopment Agency, the very agency that created the 1961 Mashapaug Redevelopment Plan. Following the lawsuit, the city department did not remediate the toxic parcels of land surrounding the high school, but constructed fences and signage in the hope of deterring students from coming in direct contact. Instead of reaching residential standards, indoor air ventilation systems were installed to prevent students from inhaling volatile organic compounds in tainted groundwater stores directly beneath the foundation that had become gaseous. No ventilation system exists to filter the air students breathe once they leave the confines of the school. A fence and signage are insufficient barriers to separate teens from land known to contain PCB, a substance, that once airborne and inhaled, enters the bloodstream directly.

In those areas where the City, Textron, and the law are failing, art has begun to thrive. Urban Pond Procession Arts (UPP Arts) is fighting injustice—not with lawsuits, but instead with a crew of community members, puppets donated by Big Nazo, and the beats of the Extraordinary Rendition Band. Founder Holly Ewald, a local artist, was originally approached to create inclusive signage about the pond’s toxicity in English, Spanish, and Khmer. “There’s such a complex and full story of the industrial history of the pond,” she said. She couldn’t let that story go untold. The organization formed in 2007 with the intent of holding an annual awareness-raising parade around the pond’s perimeter, but has since expanded to provide place-based environmental arts education in schools within the Reservoir Triangle area, targeting Alvarez High, Sophia Academy and Reservoir Elementary, and all the while accosting Textron for the grants to do it.

As their name suggests, the Environmental Justice League of Rhode Island (EJLRI), has also been instrumental in filling critical gaps that neither Textron nor the City have addressed. After Alverez was constructed in 2007, there was a glaring lack in communication with parents and students about the toxicity of the surrounding area until the organization circulated a bilingual letter in 2012 to informing about the conditions to which they were, often unknowingly, being subjected.

The emergence of voluntary activists raising awareness about the pond’s charged history is promising, but the onus of remediation is not theirs. The EPA has unequivocal evidence that PCB still exists in Mashapaug Pond and surrounding groundwater sources. The source is not unknown, and both Textron and the City must be held accountable. At minimum the compromised land that now houses a school must be reconstituted to suit residential standards. In the very construction of Alvarez, the City of Providence exempted itself from code compliance, shirking DEM mandates with haste. It might be about time to dredge the pond, and it sure is time to dredge the system.

EMMA PHILLIPS B’17 has been called pond scum.