On the Minimum Wage in Rhode Island 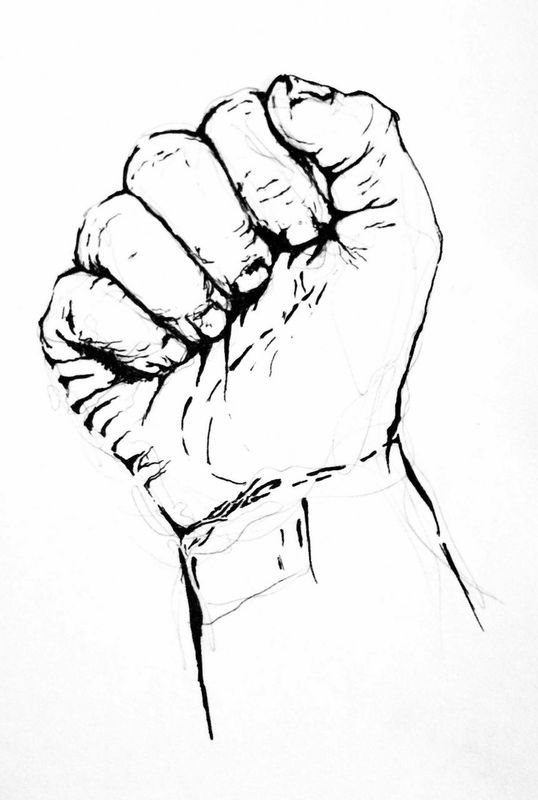 Rhode Island has an NRA problem. And it has nothing to do with guns.

Last June, the Rhode Island legislature passed a short, one-sentence amendment to the state budget. It stated that no municipality in the state of Rhode Island could mandate a higher minimum wage than the state’s hourly rate. One of the biggest supporters for this amendment was the National Restaurant Association (NRA), who have been lobbying for pre-emptive measures such as these all over the country. They are just one part of Rhode Island’s Hospitality Association (RIHA), which is also composed of the American Hotel and Lodging Association (AHLA). RIHA’s webpage proudly congratulates states across the country that have passed these pre-emptive measures—measures that RIHA has fought tirelessly to put in place. Both the AHLA and the NRA, often in tandem, have campaigned nationwide to put a halt to minimum wage increases through PACs and independently commissioned reports.

Typically conservative states such as Oklahoma and Kansas have passed these pre-emption laws, a move to be expected from right-leaning legislatures. The fact that Rhode Island’s overwhelmingly Democratic General Assembly spearheaded this amendment is puzzling—how could such a measure pass in The Ocean State?

To those unacquainted with Rhode Island politics, RI’s Democratic elected officials hold a peculiar position. Despite being in the heart of liberal bastion that is the Northeast, the Democrats in Rhode Island are pro-life, they get funding from the NRA—the other NRA—and they consistently advocate for and lie about tax cuts for Rhode Island’s wealthiest. Further, many commentators quickly pointed to the connections between supposedly liberal politicians serving in the state General Assembly and the constellation of lobbyists funding their campaigns: lobbyists such as RIHA.

RIHA was quick to mobilize for this bill because of the hotels that it lobbies on behalf of. The bill was intended to thwart any possibility of Providence raising its minimum wage to 15 dollars an hour, a move driven by and for hotel workers at two specific hotels: the Providence Renaissance and the Providence Hilton. Both hotels are owned by the Procaccianti Group, a real estate and investment corporation worth several billion dollars, headquartered in Cranston. And without fail, the Procaccianti Group and all their relevant properties are members of the RIHA.

In 2014, RIHA paid two lobbyists nearly $2,100 a month to fight against wage increases and for this statewide preemption. A review of the 2014 Rhode Island lobbying records by the Independent revealed that these lobbyists opposed bills ranging from an increase in the minimum wage (back when the battle was for nine dollars), to bettering workplace safety, to fining employers for tip/wage theft. Both of these lobbyists had connections to the Northern Rhode Island Chamber of Commerce (NRICC), an organization that boasts proudly of their opposition to minimum wage legislation on their website. The NRICC is part of a series of Chambers of Commerce that have worked tirelessly throughout the nation to stop any increase.

The Greater Providence Chamber of Commerce funded two different lobbyists to the tune of $75,000 each last year. Those two lobbyists donated to the campaign of Nick Mattiello, the Democratic Speaker of the House. Mattiello was the one who slipped the minimum wage amendment into the budget knowing that attempting to pass it as a bill would draw too much public attention and would require serious debate within the General Assembly. By the time the budget was up to vote, it was a massive document with six months of momentum behind it. Mattiello also received direct donations, aside from the lobbyists, from both the Chamber of Commerce and the RIHA Political Action Committee.

Mattiello’s quick thinking in the eleventh hour guaranteed the passage of the amendment without any opposition. But the initial bill and the push for this legislation in the first place came from another Democratic senator: Representative Raymond Gallison, who was appointed to chair the House Finance Committee by Mattiello. The bill was nearly identical to many others across the country who passed similar preemption laws. The legislation was modeled upon a framework provided by ALEC: the American Legislative Executive Council, a right-wing organization bringing together conservative politicians and private sector representatives. They have provided legislative frameworks such as these for a range of issues from illegal immigration to voter ID laws. They have also been investigated in the past for suspicious lobbying activity. According to the National Employment Law Project, Democratic legislators in Rhode Island introduced three bills, all based off ALEC-affiliated frameworks, all part of ALEC’s wage suppression agenda. And it does not stop there. Media has time and time again cited the opinion of the “Rhode Island Center for Freedom and Prosperity,” a free-market think tank that has commented on the dangers of a higher minimum wage. The Center for Media and Democracy has discovered several ties between the Center for Freedom and Prosperity and ALEC.

On the same night that the state House of Representatives approved the budget with the crippling amendment, another vote was being held across town. The Providence City Council was deciding whether to approve a referendum on the November ballot for a 15 dollar per hour minimum wage at Providence hotels. The illusion presented, in media coverage of the referendum, was that the issue was more complex and divisive than it may appear. However, the reality was that Providence voters were overwhelmingly in support of the measure by a 3-1 margin. Sixty-six percent of voters said they would support a proposed increase for hotel workers, in a poll conducted shortly before the legislature’s preemption measure. Not only that, but when the City Council had held a public hearing on the matter, 22 community members spoke in support of a higher wage, while only five spoke against. All five speaking against were hotel owners or industry lobbyists, all white men.

A few hours after the House passed the budget and thwarted any possible increase in Providence, the Providence City Council approved the referendum in a symbolic act. The choice of a referendum—as opposed to an ordinance—was itself also significant. The idea in part was to put the power in the hands of the voters. This was the slogan of the hotel minimum wage campaign from the outset: “let our neighbors vote to give us a raise.” The campaign was an exercise in democracy and solidarity and more than just economics. This approach was starkly different from Democratic Mayor Taveras’s who called for an “economic impact study” to decide the fate of hotel workers. At the same time, organizers were insistent that economics indeed were on the side of the workers, who could contribute those additional wages to local business.

Power had to come from local communities; Democratic support for workers was nowhere to be found. Not only that, but activists reported that the AFL-CIO and the Teachers’ Union—the two unions most closely aligned to the Democratic GA—had both expressed opposition to the fifteen dollar minimum wage, privileging political alliances over worker solidarity. Time and time again, so far as the Democrats in power were concerned, workers would have to look elsewhere for support. House spokesman Larry Berman confirmed that the amendment was passed specifically to ensure that Providence could not raise hotel workers’ wages. Providence Mayor Jorge Elorza, a Democrat who promised to fight the state imposition during his campaign, has already been equivocal when asked if he would follow up on the promise. When asked if he would seek to have the GA repeal the amendment he said, “I mean, we’ll see...we’ll have our priorities.”

With support from politicians absent, workers took matters into their own hands. On June 16, the day after the Senate passed the budget, three hotel workers along with a Central Falls city councilwoman all took part in a weeklong hunger strike demanding that then-Governor Lincoln Chafee veto the budget. All those taking part in the hunger strike were women, and all of them women of color. Overwhelmingly, this has been a campaign by working women for working women. Santa Brito, one of the participants in the hunger strike, made a direct plea to Mayor Taveras at a rally in City Hall: “Please support the working women of Providence.” This again, was part of the democratic empowerment inherent to the campaign. Many women in Providence, forced into these low-paying jobs, are limited in their ability to partake in local politics, union organizing and policy discussions.

Despite their burdensome workloads several have remained steadfast in rallying for a better standard of living. Two in particular, Mary Kay Harris and Carmen Castillo, two middle-class women of color, recently joined the Providence City Council. Castillo is a hotel housekeeper, and was one of the stalwarts of the fifteen-dollar campaign. She, more than anyone, was keyed-in to the trappings of the Democratic illusion: “Every person has their principles,” she said, “but I think they get sacrificed in politics.” Castillo was working forty-hour weeks in the Westin hotel while campaigning for office and rallying for the minimum wage campaign; she continues (though the hotel has changed its name to Omni) to this day.

Housekeeping staff make up the majority of hotel workers, and nearly all of these staff members are women. The wage gap between men and women in Rhode Island is steep, especially for women of color. Women on average make 85 cents for every dollar their male counterparts make. Latina women are primarily the ones taking these hotel jobs and they make an astonishing 44 cents on the dollar compared to their white male counterparts. The call from organizers has been clear: support working women over big business. The National Association for Women in Rhode Island echoed this call during a recent open session in front of the House Labor Committee.

Where the fight for a higher minimum wage goes from here is yet to be seen. Governor Raimondo recently held a press conference urging that the legislature raise the rate to $10.10 an hour, but she was ambivalent as to whether it stops there. On the whole however, she has offered a glimpse of promise, declaring even back during her campaign that attempting to suppress minimum wages was part of the “cookie-cutter Republican economic theory that doesn’t work.”

The push for a municipal wage of fifteen dollars has been thwarted by the preemption measure and the only hope now is reform at the state level. The biggest campaign currently underway is about the subminimum wage of $2.89 guaranteed to tipped workers before gratuities are added. They are about seventy percent women and suffer from even lower, unsustainable wages. ROC United, a coalition of restaurant workers and customers among others made their presence known at Raimondo’s press conference. They made it clear that making ends meet is only one concern for workers making a subminimum wage. In an industry that is composed of 70 percent women, the need to work for tips has led to the highest rate of sexual harassment out of any industry. Also, tipped workers are highly susceptible to wage theft by their employers, a practice the state is lax in patrolling and that ROC United is quick to highlight. The theft is endemic, and with a profound gap between suband standard minimum wages, some employees are left working for pennies compared to what they are owed. There has been no change to the subminimum wage in over 20 years and some General Assembly members have introduced legislation in the hope of gradually increasing it to equal the minimum wage within the next few years. In any case, it is still a far off prospect. Wherever workers and organizers decide to take the fight from here, one thing is for certain: the Democratic legislature is not the place to turn.

PETER MAKHLOUF B’16 has nothing to do with guns.