Tanks in the Backyard 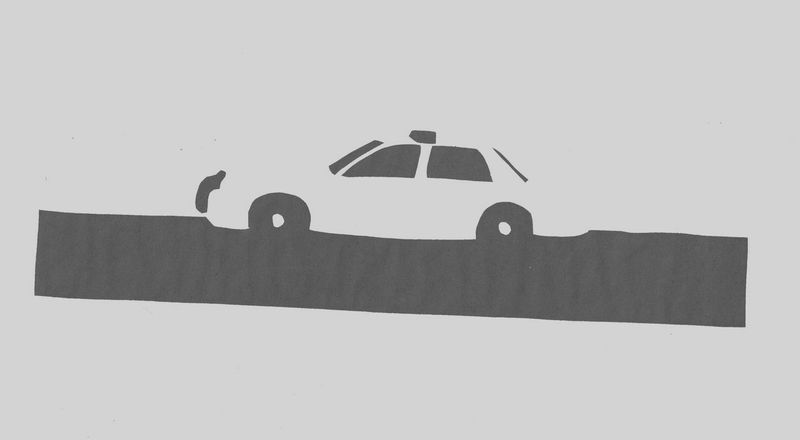 In 2006 Glenn Reynolds wrote about the threat of police militarization in Popular Mechanics: “Soldiers and police are supposed to be different. Soldiers are aimed at enemies from outside the country. They are trained to kill those enemies, and their supporters. In fact, ‘killing people and breaking things’ are their main reasons for existence. Police look inward. They’re supposed to protect their fellow citizens from criminals, and to maintain order with a minimum of force.”

Following the appearance of an MRAP (Mine Resistant Ambush Protected) vehicle on the streets of Ferguson, MO this summer, police militarization has grabbed mainstream public attention once again. Commentators began to wonder what a vehicle designed—as its name suggests—for mine-laden battlefields, was doing in a suburban landscape facing off unarmed protesters. Proponents of militarization say that a well-armed police will be better able to keep the citizenry safe, but this logic has been attacked from both sides of the political spectrum. Conservatives view the process as yet another example of ‘Big Government,’ and further evidence for Madison’s prophetic statement in the Federalist Papers: “The means of defense against foreign danger, have been always the instruments of tyranny at home.” The left, on the other hand, has framed the phenomenon as an extension of the systemic racism and state-sponsored violence that pervades our legal system: as the police spend most of their energies arresting Black people, a militarized police signals that Black people are now viewed as combatants rather than citizens. As a national issue, the debate over police militarization is as alive in Rhode Island as anywhere.

Ferguson’s police department acquired their MRAP through a government program created by section 1033 of the National Defense Authorization Act for Fiscal Year 1997. The program, an expansion of the older 1208 program, enables any police department in the country to request decommissioned military gear. Interested departments need only pay for shipping and maintenance; the exchange is otherwise considered a donation. While the 1208 program was focused on bolstering the front lines of the War on Drugs, the 1033 update broadened the program’s scope to the War on Terrorism. Since its founding, the program has furnished $5.1 billion worth of military hardware to somewhere between 8,000 (according to the Department of Defense) and 17,000 (according to the ACLU) police departments. This massive discrepancy between the Department of Defense’s numbers and the ACLU’s estimate stems from poor record keeping on the part of the agency assigned to handle the distribution of hardware: the Law Enforcement Support Office. (One sample of LESO files found that 74 percent were incorrect, with more than 43 percent of police departments receiving more equipment than approved). The 1033 program offers police departments the whole gamut of military leftovers; everything from helicopters to generators, nightvision goggles to fax machines. Some of the hardware available is in poor condition, but almost a third is brand new and left over from the military’s decelerating engagements in the Middle East.

The bulk of the donations have been non-lethal gear, and many smaller departments—otherwise unable to afford new computers or medical supplies—have been grateful to receive the military’s surplus. This is, however, perhaps the most lucid example of the program’s flaws: the process of ordering an armored vehicle has been made as easy as that of requesting air-conditioning units or sleeping bags. This, along with the office’s shoddy record-keeping, is indicative of the 1033 program’s lighthearted take on tools of destruction. On the LESO’s website for “Disposition Services,” featuring a layout not unlike that of your average low-budget online store, one can easily find the application to participate in the 1033 program. It is one page long. (Although, to purchase aircraft, police departments must fill out an additional single-page form). This hyper-efficient disposition system serves to encourage the over-arming of local police forces.

The Providence Police Department has ordered relatively little through the program, acquiring one armored truck and 18 rifles for its nearly 450 sworn officers. This is consistent with nationwide trends. Large police departments typically have larger budgets and can more easily afford expensive equipment without federal aid. Smaller Rhode Island police departments, however, have taken greater advantage of the program. Coventry has received over 1,500 pieces of military gear, including 54 silencers, two Humvee construction kits, and upwards of $750,000 of night vision gear. The department’s 166 sworn officers work in a city of 44,000, which has a crime rate around half that of the US average. Johnston, on the other hand, has acquired around 2,400 items including: two bomb-disposal robots, three IED training kits, 10 tactical trucks, 30 units of armorplating, 35 assault rifles, close to 600 high-capacity rifle magazines, more than 100 infrared gun sights and two pairs of anti-mine footwear. While the town has never seen mine warfare, its 71 officers do have to defend 29,000 people from just under 50 violent crimes per year. Compared with the size and relative tranquility of these towns, these acquisitions are clearly unjustified. These tools—designed for warfare against well organized combatants intent on murder—have no place in the arsenals of departments whose main tasks include preventing vandalism, bar fights, and domestic abuse. If any armament is needed for these duties, it is improved community relations.

James Vincent, president of the Providence branch of the NAACP, told GoLocalProv.com that “the use of military force—especially when there is no relationship of trust with the community—only escalates matters, ultimately proving ineffective.” The militarization of police is part of a larger trend of growing distance between the police and the communities they are supposedly assigned to protect. This disconnect is embodied in the 1033 program in that there is no civilian oversight for department acquisitions and no requirements regarding department-community relations. According to the LESO’s website, the requirements for participation in the 1033 program are as follows:

1. Is the agency’s primary function the enforcement of laws?

2. Is the agency’s officers properly compensated?

3. Do the agency’s officers have the powers of arrest and apprehension?

Grammatical errors aside, these requirements can be reduced to the essential questions: is the agency a police force, and does it pay its officers? While proper compensation for police officers is certainly a good and important qualification for any agency requesting access to military helicopters or sniper rifles, notably absent are qualifications regarding the agency’s standings in their communities, or the communities’ opinions regarding the presence of heavy weaponry in their backyards. Coventry’s citizens might be very surprised to discover the powerful weaponry of their police department, because only the Rhode Island 1033 state coordinator—appointed by the Governor—oversees the acquisitions of the state’s police departments. After this past summer’s protests in Ferguson—and the infamous images of the army sent to deal with the demonstrators—one can only wonder why these factors are not considered. Should a police department with a poor record of race relations be allowed to order battle-grade tactical gear? And what if a department poorly represents those it is meant to defend? Here in Providence, the police department demographically over-represents the city’s white population by nearly 40 percent, while the Hispanic population is under-represented by about 25 percent. In 2014, FiveThirtyEight put together an analysis of the demographic representation in police departments in the 75 largest cities in America. Providence wasn’t large enough to make the list, but, as RIFuture.org points out, it would’ve scored among the three least representative departments in the country if placed alongside those cities.

Obviously neither police militarization nor better demographic representation can alone resolve American law enforcement’s multiform problems. Both issues do, however, stem from a growing gap between communities and those assigned to defend them. This past July the Providence Police Department was awarded the Community Policing Department of the Year Award by the New England Association of Chiefs of Police (NEACOP). The image of one group of police congratulating another group of police for its community work contrasts vividly with that of November’s protest following the non-indictment of Darren Wilson. For those marching alongside organizations like End Police Brutality PVD, there was a sense of anger and distrust that was unacknowledged at the sunny award ceremony just three months before. It is clearer now more than ever that police departments should give more consideration to public opinion. If people don’t feel safe around police, the police are not doing their job, and may be veering dangerously close to Madison’s “tyranny at home.”

MALCOLM DRENTTEL B’18 is so safe it scares him.