A Conversation with Rebecca Traister 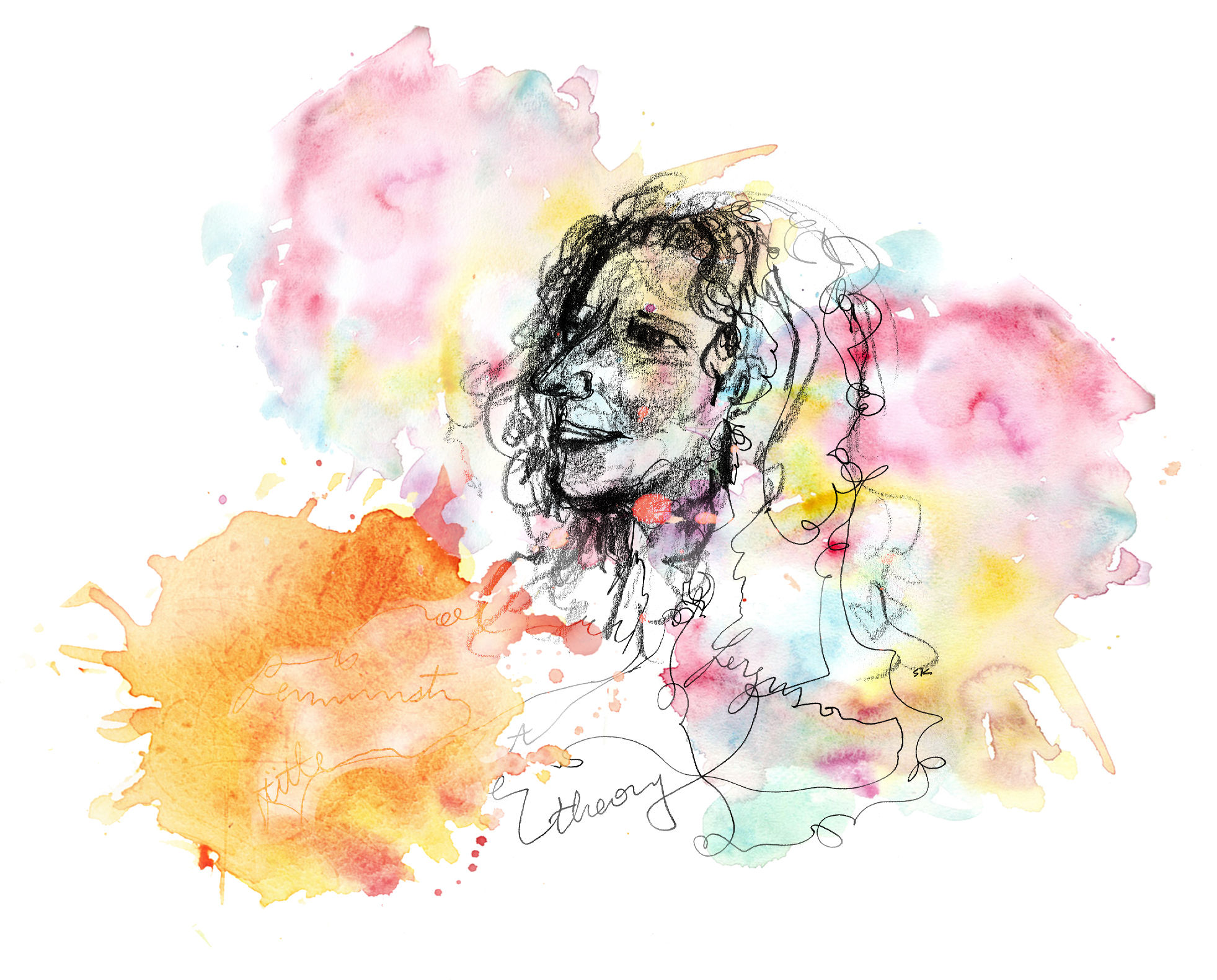 Every time Rebecca Traister sees someone wearing a “THIS IS WHAT A FEMINIST LOOKS LIKE” T-shirt, she feels a rush of excitement. Traister, a senior writer at Salon and regular contributor to the New Republic, The Nation, the New York Observer and others, has been writing about women in politics, media, and entertainment for almost two decades. When she started writing about feminism, she says, she never could have imagined how widespread and mainstream feminist culture would be in America just twenty years later. Beyoncé dancing to the rhythm of Chimamanda Ngozi Adichie’s voice in front of a giant FEMINIST banner at the VMAs, the widespread popularity of Sheryl Sandberg’s Lean In, and the ever-growing network of feminist blogs and websites—all are facets of a pervasive feminism unimaginable to Traister and others writing about feminism in the 90s.

The growing number of spaces for feminist conversation, from Internet activist forums to college classrooms, are creating new realms of both possibility and contention. As the voices represented in mainstream feminism slowly diversify, the idea of a single feminism relevant to all women is increasingly recognized as harmful, or, at the very least, quaint.

As the movement struggles to represent an ever wider range of issues, it requires those who claim the label to adopt new forms of awareness, analysis, and sensitivity. Traister and I talk here about intersectionality, allyship, and Michelle Obama.

The College Hill Independent: In the wake of Ferguson, you published three consecutive articles in the New Republic dealing with the intersections between racism and sexism. These intersections have been a key part of feminist and race theory and activism for a long time; what about this moment is bringing issues of intersectionality to the forefront of our conversations about prejudice?

Rebecca Traister: The period where I began to think about these issues a lot was the last election cycle. In 2008 there was no model for either a Black president or a female president. The way Barack Obama and Hillary Clinton had to compete against each other was such a window into all of American history and how white male power has replicated itself over and over again. What this moment and moments like Ferguson allow us to see isn’t anything new but is in fact very, very old. There are some ways in which this moment is unique, though. This is a moment when technology can take us to places where the mainstream media—which is still largely run by white men—wouldn’t take us. This moment is unique in the slow, slow diversification of our power structures and of the media. So, while intersectionality has always existed (we shouldn’t forget that feminism and abolition were born together), the combination of new technology and the fact that we have more women and people of color in positions of power allows us to have more of these conversations. This story is hundreds of years old, we just happen to be getting new windows into it.

The Indy: In your article about the UVA gang rape story, you make a comparison between the way that women and people of color are failed by the criminal justice system, leading people to turn to auxiliary systems of adjudication, such as internal university committees, Title IX, and investigative journalism. Could these systems ever really do the work that the official justice system is meant to do?

RT: This is something I’m thinking about all the time. I want the criminal justice system to be better, so in a sense I am ambivalent about creating alternate pathways to justice. I am thankful that there are alternate paths being carved out, but I don’t want these alternate paths to let the criminal justice system off the hook. When you privatize these issues it can be really problematic. There was a piece by Zoe Heller in the New York Review of Books last month where she argues against the Title IX workaround. Her argument is that if the accused person is in fact a rapist, expulsion from school is not really an appropriate response to rape—the appropriate response would be a criminal one. But if the accused is not actually a rapist, then expulsion from school is too grave. Another issue is that campus-based forms of adjudication exclude all the people off of college campuses who are getting raped and sexually assaulted. So if we decide that the system is irredeemably broken, what tools are we offering all of those people not on college campuses?

The Indy: Would it be possible to address these two issues— the criminal justice system’s mishandling of rape cases and police brutality—in tandem? Do you see a lot of conversation right now about these issues as they relate to each other?

RT: We don’t see those connections made as frequently as we might like because with these types of cases, people want to keep the specificity of the situation to communicate the injustice of it. You don’t want to diminish or blur the intensity of the story you’re trying to tell. But I think you’re very right to connect the two things. The way that these systems were built was not to protect or even include women or people of color. Systems historically created to support the continued subjugation of women and people of color are woven into our sexual practices, our ideas, our marriage laws, our tax codes, the way that school days work, the way that public transportation works... Many people are struggling against the same systems all the time without an awareness that they’re struggling together.

The Indy: As a writer, how do you balance between making those connections and comparisons without detracting from the specific importance of each particular instance? I also wonder how you think about that balance as a white feminist writer, particularly in light of all of the current debate over how to be an ally.

RT: I don’t think I always do that balance well. It’s useful for me to think about those connections, but I don’t know if doing it detracts from the punch. I am a white feminist and I come from—if not an economically elite—certainly a culturally elite background. For me it’s about finding a balance of acknowledging that without being self-flagellating. I think on social media there’s a bit of an ally-Olympics going on. People run through all of their privileges and, in doing so, disqualify themselves from the conversation. I don’t think anyone’s identity disqualifies them from participating in the conversation. But I do think it’s worth acknowledging my background and perspective. It’s good to be open about how those identities shape your thinking, but to think about it too much has the opposite effect: it makes the story all about yourself. You’re never going to accommodate everyone’s point of view. If you’re going to feel bad about your identity, use that energy to learn about other people’s identities and perspectives. Also, in casting feminism as a historically white movement, we actually erase all of the women of color who were fundamental to the building of the feminist movement.

The Indy: So how do we stop these conflicts from derailing movements? Many feminist groups have split up because of issues around race in recent years, such as Slutwalk NYC. Have we learned any lessons from watching these movements fall?

RT: This has happened over and over again—it happens in gay and lesbian movements, too. It can be especially hard with the women’s movement because it’s so vast and tries to represent so many different people. The only way we’re going to get past it is on an individual level: if you care about the work, keep doing it, and don’t worry so much about what other people think. Group support is critical, but if you really care about the issues your fortunes cannot rise and fall based on what people around you are saying.

But you have to be open, too. I wrote a story about Michelle Obama after the 2008 election, about the mechanics around her that had stripped her of all the super dynamic parts of her personality that had been so electric and exciting during the campaign. By the time they made it to the White House the machine around her had forced her into the more traditional role as first lady, and I wrote a piece that bemoaned that in Salon. It got an enormous amount of blowback. I labeled these old-hat First Lady images of Michelle as the mom-in-chief as a reduction and diminishment of Michelle Obama because they were traditional women’s roles. And one of the criticisms was that I had ignored that that these were white ideals. Michelle Obama being admired for her arms and fashion was its own form of progress for African-American women. And my background meant that I completely didn’t see that angle.