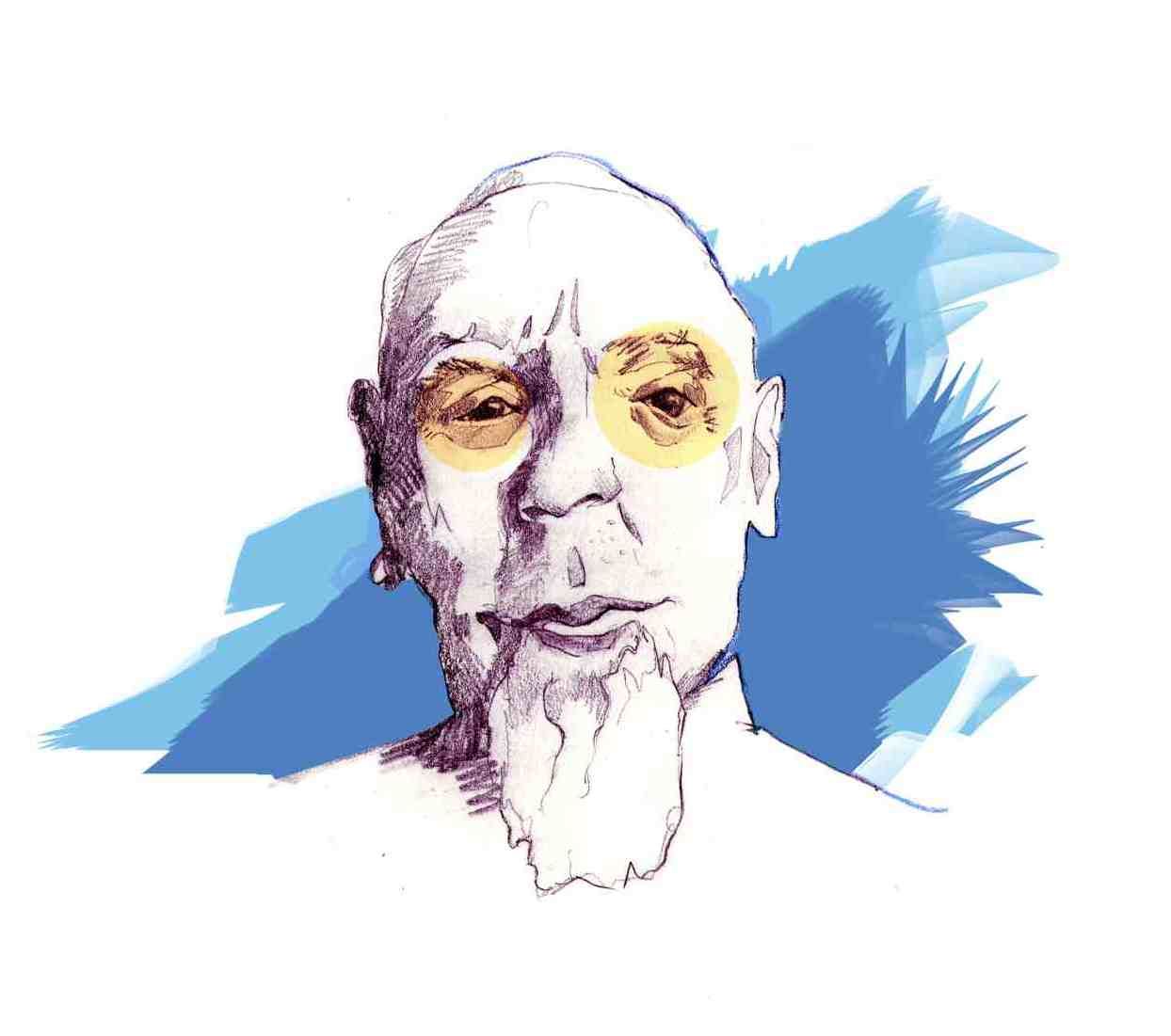 In downtown Providence, at the intersection of Washington and Empire Streets, stands AS220, a popular bar, restaurant, and performance space. AS220 was founded by Umberto (“Bert”) Crenca in 1985. Since then, it has expanded exponentially. In 1992, the venue moved to its current location, a 21,000 square foot building on Empire Street. In 2006, the Empire Street complex was completed with renovations valued around $3.2 million—a far cry from the $800 Crenca used to start AS220. The space has grown to include a black-box theater, a print shop, a fabrication and electronics lab, a dance studio, rotating gallery spaces, a performance space, and studio space for 50 artists in residence. The complex takes up almost a block on Empire Street and has offshoots throughout downtown Providence. The “AS” stands for “Artist’s Space” or “Alternative Space.” With initiatives like its free art education program, AS220 tries to reach out to the community—it must work hard, however, to strike the tricky balance between holding ideals and practicing them within the context of an expanding company. AS220 was one of the first big players in the growth of the Providence art community. Unlike many prominent galleries and museums, however, the space has remained indiscriminate in the artists it showcases and the events it holds.

Artistic Director Crenca is a Providence native and an artist himself. He has an impressive snow-white goatee and an impassioned manner of speaking. We talked about the roots of AS220, the meaning of “uncensored and unjuried,” and the relationship that the space has with the community.

The College Hill Independent: How did coming from Providence influence you early on as you were starting out as an artist, and what was your initial relationship with the city?

Umberto Crenca: Well, the idea of me being local and how that plays into what we’ve created here at AS220 is actually a huge question. First of all, most of the artists around Providence at the time that AS220 was starting up in 1985 were looking for a way to get out of town. Because this place was in terrible, terrible condition. Downtown didn’t look like this, these buildings were mostly empty, it was in pretty rough shape. Where did artists want to go? They wanted to go to New York, Boston, they wanted to go to bigger cities and bigger venues where they thought maybe they could get some recognition or become the next rock star. There has been a remarkable change, a transformation, in this city over the last 30 years.

When you look at the origins of AS220, the concept behind it was to create an open, uncensored, and unjuried environment, and a community and hub for artistic expression and creativity and for experimentation. Especially in those early days, there were a whole bunch of clubs where they played cover bands and music like that, but there were very few places for original bands to play or for visual artists to show work. If you weren’t somebody or if there wasn’t some assurance that you were going to sell some work, the few galleries that there were had no interest in you. I felt like the art scene was focused around art and music as commodities. There was nothing in the community supporting the idea of the intrinsic value of artists and artistic expression, that any and every individual irrespective of their academic background or any experience with art or music or any of that bullshit, has creative potential. I had a sense that if we created a community where anybody was welcome, no matter where they were in the development of their creative work, that we would begin to build a different kind of artistic community and then, you know, maybe New York and Boston wouldn’t pluck people from us.

I think the concept of AS220 is directly related to my growing up in Providence, being here [as a young artist] and looking for opportunities and not seeing them, not having them, and wanting to change that for this community. And that’s where we started, very humbly, we opened the doors and let people in to do whatever the hell they wanted. Whatever the hell they wanted. And now it’s grown into an organization that is nationally and internationally recognized for the work we’ve done and is emulated all over the world for what we do.

The Indy: “Uncensored” and “unjuried” seem to be really important words for you in the creation of this space. It sounds like you were trying to make a space that questioned the definition of what it meant to be an artist and who could make art. Like you say, there is a cultish elite of who can make it as an artist in the public eye and it seems like the space itself has an egalitarian foundation to counter that…

The Indy: You’ve experienced enormous growth over the past 30 years. AS220 has almost become a kind of empire, but an egalitarian empire…

UC: Right! This is Empire Street by the way. Part of the way we talk about our work is that we are an alternative that operates off a different set of values than the dominant culture, but is in absolute collaboration and partnership with the dominant culture. So what do I mean by that? I would suggest that the two primary values of the dominant culture are power and profit. And that’s pretty global now that capitalism is the world religion. And what does culture, what does a society provide? It provides opportunities to live, to eat, to drink, to learn, to share, to commerce. But all of those activities have an underpinning that relate back to those values of profit and power. Our primary values are the creative potential of every individual, the potential of creative people and makers to help shape community in positive ways, you know these are the kind of values that our work is driven by—but at AS220 you can also eat, drink, sleep, learn, perform, buy things, sell things, make things, right? As you may have noticed we are not living in a tent off the grid in North Carolina. We are doing this in partnership with the dominant culture.

The Indy: To change it from within—if you can…

UC: And that’s the goal. If they continue to approve of it, continue to let it grow. You can almost think of it as something that is growing within that eventually takes over.

UC: I use some of these metaphors and some of my staff want to throw me out the window. Sometimes I think of AS220 as a kind of brain tumor, but one that is so insidiously integrated that you would risk the body politic by trying to cut it out. So you let it host off of you, in a sense, and we keep growing bigger and bigger and bigger and maybe our values begin to change the landscape, the language, the conversation, the consciousness of the community. And I feel that AS220 has done that.

The Indy: You started in 1985 and now it’s 2015—that’s 30 years. In these 30 years you’ve seen the community grow up around you. What kind of changes have you seen and how has AS220 been related to those changes?

UC: The subtext of the brand of “Providence” is that it is “the creative capital.” Thirty years ago it was unimaginable that this city would claim that. Unimaginable. We’re not the only ones, but we’ve played a significant role in changing that. Part of one of the outcomes that we should desire while working in any city is that we change the conversation but also that we create a new vocabulary—a vocabulary very much based in this idea of making culture, innovation, design, and the creative potential of everybody.

The Indy: Not just the “rock star” artists.

UC: But also not even any particular genre of art. We’ve spent a lot of time in this country pouring a lot of money into supporting and sustaining Western ideas of art, and we did it in a very elitist fashion. But Providence is a majority Latino community, from Guatemala and Mexico, the Dominican Republic, Puerto Rico, Colombia. They come with different traditions. There’s nothing wrong with seeing Shakespeare, but in the context of the shifting demographics in this country and particularly in this city, we need to start thinking differently about culture. And we are. It’s slow, but the elitist ideas of “high art” and all that shit don’t really play out as well as they once did. Many foundations have already started over the last ten, fifteen years, who redirect their resources into more community-based arts and organizations and they are beginning to measure the impact of their investments around issues of social equity, access, community impact, things like that, as opposed to preserving these Western European, elitist ideas of art. AS220 starts to become prominent in the conversation when you start measuring your success upon those kinds of indicators.

The Indy: Where do you see AS220 going in the next five years or further down the line?

UC: Well, we’ve just acquired another building and we want to continue to expand our programs in a way that allows for more possibilities and more access and more diversity within the organization. We are trying to stay relevant in the changing communities and changing demographics in the city. We want to learn more about other peoples’ work and continue to enrich and grow. You can look at AS220 as a living place, not a dead institution, but something that is constantly evolving and changing, constantly trying to execute better, constantly trying to stay current with the changing times, the changing demographics, and the changing needs of the community.