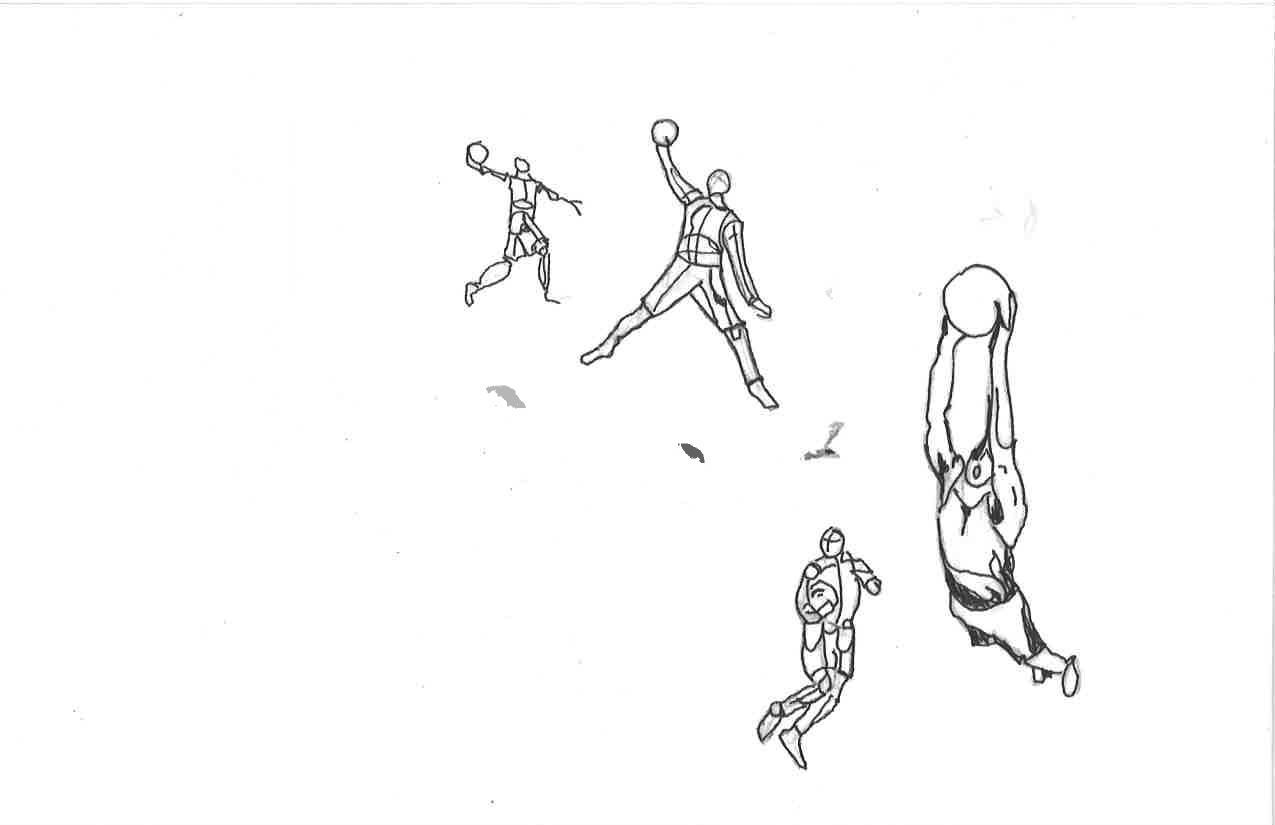 In honor of New York Fashion Week and the NBA All-Star Game’s alignment in New York City, the Indy takes a look at the innovative, poetic, and occassionally revealing intersections of fashion and basketball.

Conservative heartthrob Rush Limbaugh said that 2004’s Malice at the Palace, that routine on-court scuffle between the Pistons and Pacers that spilled into the stands, was akin to “gang behavior on parade minus the guns.” Syndicated columnist Clarence Page backed him up, claiming that the fight was straight out of a ‘“Negroes gone wild’ video.”

This was a disaster for the NBA. Faced with drooping ratings and wilting merchandise sales, the last thing the league needed was for the national media to categorically refer to its players as “those thugs.”

Commissioner David Stern, in his inimitable grouchiness, swooped in with the dress code. Starting during the 2005-2006 season, players would be required to wear their finest “business casual” to and from games while leaving their “chains, pendants, or medallions…and headgear of any kind” at home.

Many prominent players were less than thrilled. Jason Richardson and Stephen Jackson complained that the dress code was racist, and Tim Duncan described it as “basically retarded.”

But as younger generations have moved through the league, most players are singing a different tune. Star shooting guard and fashionista Dwyane Wade credited Stern with improving his sartorial splendor, claiming that the Commissioner has made dressing up “a competition amongst guys.”

And what a competition it is! From Wade’s fuscia pants to the ubiquitous lens-less glasses to Kevin Durant’s schoolboy backpacks, “geek-chic” is all the rage in the NBA. Many players retain full-time stylists to keep them on the fashion vanguard, while Russell Westbrook just signed on to be True Religion’s new campaign creative director.

Though born out of the league’s bigoted treatment of its own players, the dress code has been appropriated by the players to be another space of competition: where on-point steez trumps off-the-dribble buckets. –SB

“The supplies you’ll need,” GamingFalcon tells us, “is a marker, scissors and a sock.” He moves back and forth nervously, and really it can’t be said that the elementary school-aged boy in the DIY video looks particularly cool or fashionable. Since 2001, though, the shooting sleeve he describes and then wears has been the most concentrated distillation of basketball chic.

Allen Iverson first made compression sleeves a fashion statement in professional basketball. Though he initially wore the sleeve to alleviate bursitis in his shooting elbow, the sleeve became inseparable from his contested image that was celebrated by viewers, but was anathema to a league that found Iverson’s skullcaps, tattoos, and rap career hostile to its efforts to market a family product to potential consumers. In theory, the compression sleeve opens blood cells and reduces muscle soreness, yet, as ensured by Iverson’s enduring popularity and shown in thousands of YouTube videos like the one described above, shooting sleeves are most importantly cool.

Shortly after Iverson popularized the sleeve during the 2000–2001 NBA season, sleeves became a common feature not only in the professional game, but also among fans. Indeed, the NBA sells more sleeves than any non-apparel product in its online store. For the scores of people who won’t pay seventeen dollars for a nylon/spandex product marked with the NBA logo, DIY products made from dry fit sleeves or, in my case, tube socks serve as an adequate replacement.

I first wore a sleeve in eighth grade to play in the driveway with my cousins. It had no medical effect, not even the dubious value that the NBA’s variety are advertised to carry. That said, my game undoubtedly improved when I looked better, and so I began to wear a tube sock on my forearm to practices at school, where my coach would make me run or, in one instance, sit out a game for it. At risk of drawing invalid parallels between my career and that of Allen Iverson, my shooting sleeve-sock was a quiet symbol of my struggles at athletic self-expression in a conservative fashion culture that resented both my success and my individuality.

Fitting then, that the shooting sleeve is adopted with markers and scissors by young players the world over. “It’s an an act of freedom and a form of self-expression,” Iverson once said of his tattoos. When CLUTCHNESSMONSTER cuts the sleeve of his dry fit shirt, it’s hard to disagree. –WU

Exposure
“Starting at guard, number 32 Zeeeeeve Sanderson,” the MC boomed over the speakers before my high school basketball games. Upon introduction, I’d run through the pathway formed by two parallel rows of teammates where the team manager stood. We’d perform an intricately choreographed handshake, and then, facing the near empty stands, I’d rip my pants off. Look at these limbs.

The tearaway pants started as a practical solution to a critical wardrobe conundrum: gymnasiums are often kept cold, legs are best used warm, and it’s really fucking hard to get sweatpants over size 17 sneakers. A few alternatives emerged, most notably the pants with a vertical zipper at the ankle to ease the logistics of pulling them over shoes, and the pants with a horizontal zipper at the knee that allowed the user to wear both pants and shorts simultaneously. But neither offered the effortlessness and production value of a Magic Mike-style disrobing.

What started as sartorial pragmatism has become oh so much more, as explored in “Metamorphosis,” a spoken word poem penned and performed by Los Angeles Clippers’ power forward Blake Griffin. In a broken cadence popularized by the beatniks, his YouTube video narrates the act of tearing away his tearaways: “A quick costume change before taking the court / I’m wearing pants. No, look. I’m wearing shorts / Cause I don’t need a phone booth to unveil my alter ego / I just need you, my sixteen button amigo.”

In high school, whenever my coach benched me after making an error, I’d pick up my unbuttoned tearaways, two pieces of polyester connected only by the U-shaped stitching between naval and tailbone. Wanting to warm my legs, I’d fiddle with the fastens, my emotional self-flagellation making the already difficult task of matching button with its corresponding hole nearly impossible. Minutes later, when another player inevitably made a mistake, my coach would grumble, “Zeve, get back in there.” I’d run to the scorer’s table to check in, rip off my pants, and run onto the court made anew. –ZS

Goldilocks and The Three Pairs

These men liked their shorts to be short

As they sprinted all over the court.

They liked their pants tight

And their goods out of sight:

So this was the norm in the sport.

Or it was until one fateful day

When Pat Ewing came out just to play,

He threw down a dunk

But out slipped his junk

And shamed those who saw the display.

But ‘twas Jordan who then caused a swap

When he said “All these hems need to drop!

These shorts are too brief

To fit pants underneath!”

And the NBA put them in shop.

His antics caused so much intrigue,

That long shorts spread over the league,

But they soon grew too tall

And caused ballers to fall

So in came new shorts of new heights

Soon adopted by D-Wade and Dwight,

They hit right at mid-thigh, 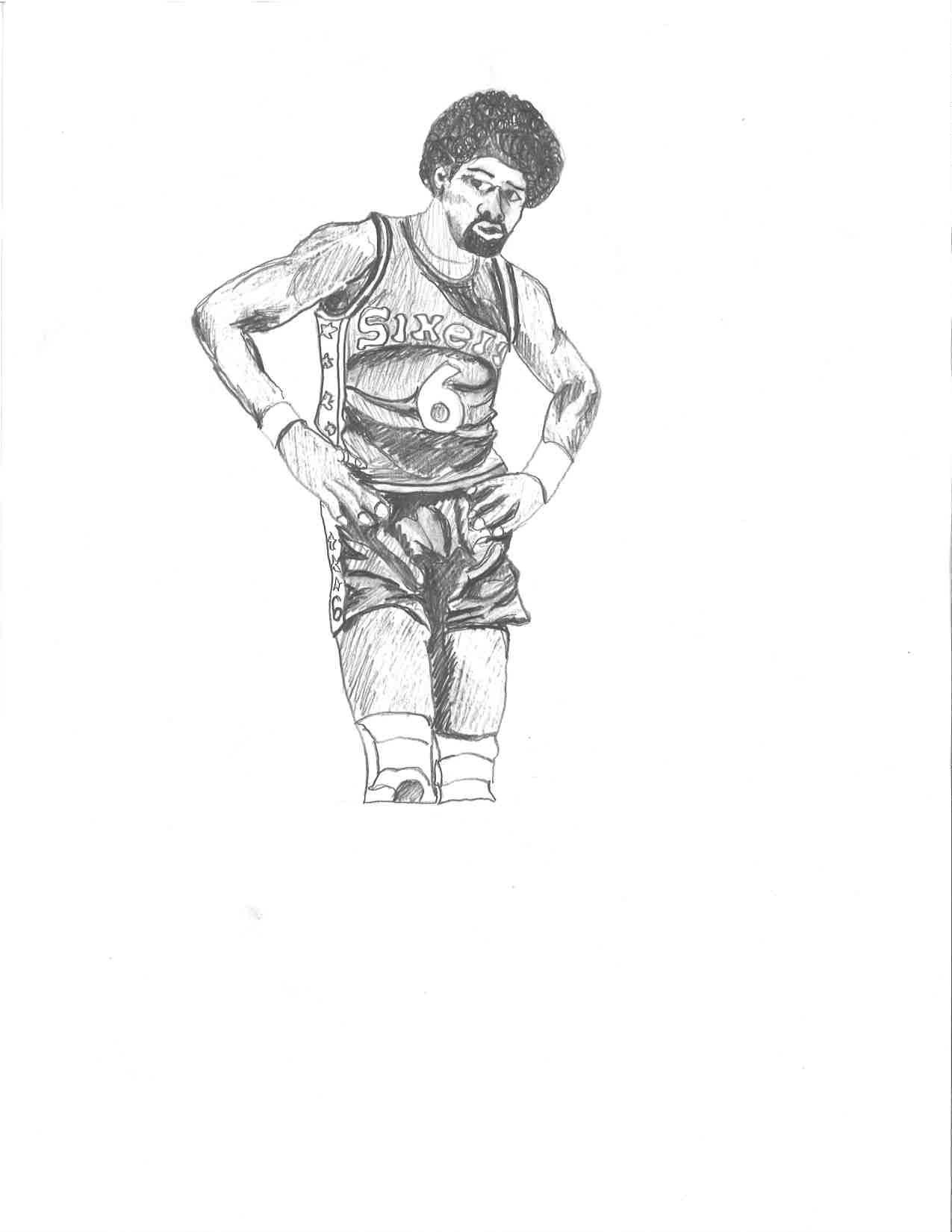