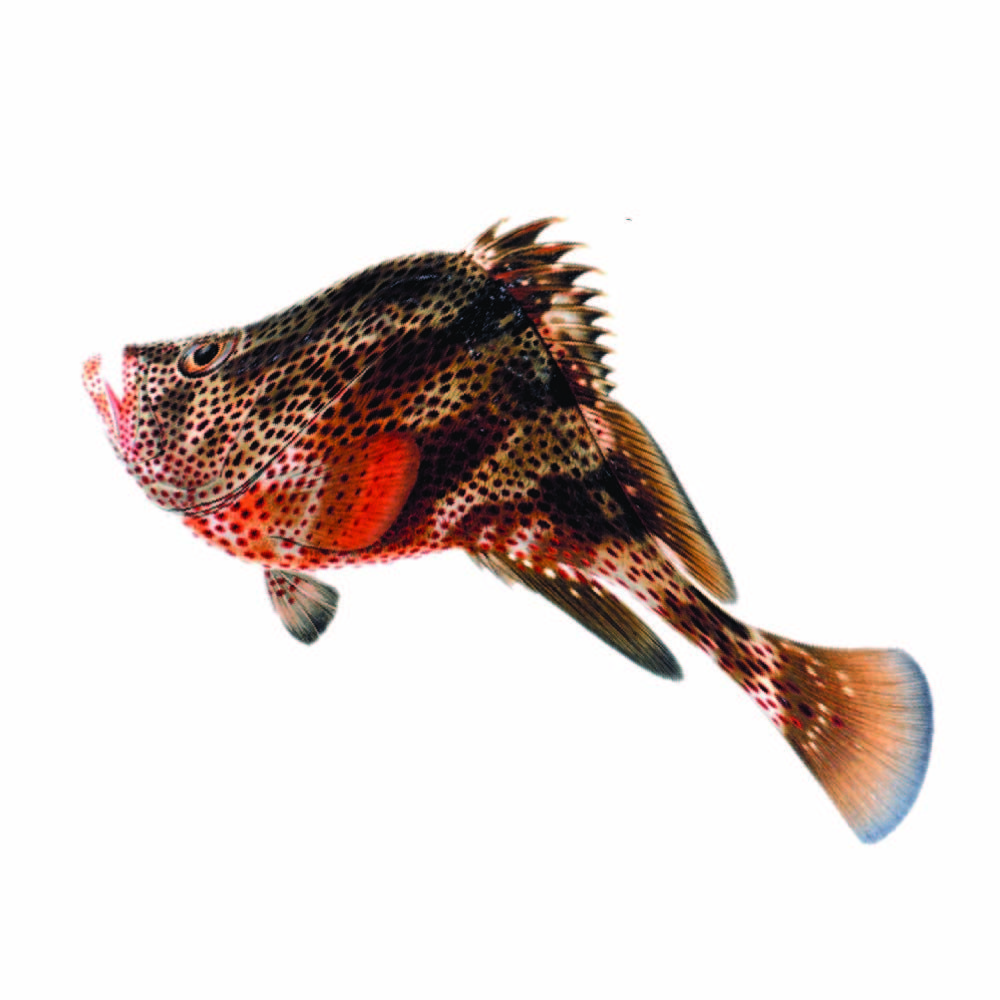 Picture it: you’re swimming through the Gulf of Mexico. Surrounded by a school of your friends. The water is so warm today, you’d think, if you were human and understood the concept ‘warm.’ What a day to be a red grouper. Happy as a clam. Except not really, because you hate those smug bastards. You swim on, carefree. Confident. Lulled into a sense of false security. You have always been the runt of the litter, the smallest of your siblings—that’s why mom always paid you special attention. As a grouper under 20 inches, it’s illegal to catch you. Any fisherman who dares it faces serious fines. You’re safe.

But you are sorely mistaken. You swim right into the net. Never even saw it coming. As the fisherman rips you into the air, you finally realize it. So that’s what water was. You are unceremoniously dumped into a bucket. There is no hope left for you. It’s over.

On this particular day in 2007, Mr. John L. Yates, Fisherman First Class of the Miss Katie, caught 72 red grouper that were under the legal size. Mr. John Jones, a Florida field officer boarded his sea worthy vessel and upon inspection discovered these undersized fish. Jones issued Yates a citation and ordered him to take the fish to port for seizure. Mr. Yates’ wise response was simple: throw the fish overboard. A brilliant move, really...

Except when the federal government decides to charge you with violating the Sarbanes-Oxley Act of 2002. This particular charge earns a penalty of up to 20 years for obstructing an investigation by destroying “any record, object, or tangible object” relating to it. A law that was passed after the collapse of Enron, mainly meant to prosecute white-collar crimes. One pictures the law applying to well-dressed business executives manically shredding documents as the IRS closes in.

On Wednesday, the Supreme Court ruled in a narrow 5-4 decision to throw out Mr. Yates’ conviction. Five of the judges agreed that, as far as fish were concerned, they were not tangible objects in the context of the law. They cannot be used to store or communicate information. Fish, apparently, do not make the best documents. The other four judges, one of whom cited the incomparable Dr. Seuss, argued that the term “tangible objects” could apply in different contexts and settings, including this one.

Somewhere deep in the sea, the red grouper swims on. Whatever, losers, he thinks. Can’t catch me. Can’t write on me either. –DP

On Tuesday, the eternal game of corporate musical chairs rotated once more as Sony Pictures Entertainment announced that Thomas E. Rothman, a 60-year-old studio executive, would take over as chairman of the company’s motion pictures group. Rothman replaces Amy Pascal, whose private emails were famously leaked in a hacking scandal that began last November, and who has since been exiled off with “a four-year production deal,” because rich people don’t really get fired.

Thus ends the Tragedy of Pascal, Queen of Sony, but her hacked emails have left us a kind of running diary of who she was and how she ran her company. They also may have cost her her job, but their content is, in a different sense, her vindication. As Jordan Sargent notes on Gawker, she ultimately comes across as “a strong, intelligent boss…a passionate and moral human being in an industry of insane egomaniacal assholes.” After reading the full trove of leaked emails, I’ve also come to two more conclusions: first, Amy Pascal is damn weird, and, second, that’s awesome.

Reading Pascal’s prose, one quickly comes to admire her endearing typos (“We can’t even schudule one ducking meeting”), her single-word rejoinders (“WTF”), her plaintive cries (“Why are u punishing me”), and her yawps once she’s reached the limits of indulgence (“YOUR ATTITUDE IS NOT HELPFUL”). These do, however, have to be read in the context of her more-regrettable emails, chiefly one in which she speculated about Obama’s favorite movies (surprise: the ones with black actors in them). As a result, it’s hard not to read the entirety of her leaked correspondence with at least a little schadenfreude—the steely studio exec finally receives her public comeuppance!—which has probably contributed to the sheer volume of attention it has received. But compare her writing with, say, the words of Harvey Weinstein, defending his cuts on movies: “All my life I served one master: the film.” It’s this kind of blustering we expect from Hollywood honchos—pseudo-worship at the impartial altar of art. From Pascal, instead, we get quirky poetry on the human condition:

And we haven’t even had a meeting yet

This is delightful, not least because she channels William Carlos Williams (or the early Pound?). Another bite-sized lament, with masterfully chosen line breaks, might be ripped from the Book of Job:

However, at press time, it was still unclear whether she was referring to the yet-unreleased Cameron Crowe movie or the news section of The College Hill Independent. –KG