the aesthetics and business of videogames

Pastel squares crumble beneath your feet. You poise your fingers, held equidistant from weapon schematics and a twitch key. Usually a reactive tap would save the hero from semi-deletion. But not on this yellowing cliff face. Not when 32 conspiring pixels form a gaping, toothed blackness; not when decadence creeps through his veins towards a final portal without respawn.

This is Hyper-Light Drifter. This scene from the 2D action role-playing game brings the player into a techno-fantasy world where abyssal creatures are constructed from pixelated 8-bit schematics. This homage to old-school games started as a modest $27,000 Kickstarter campaign in 2013. But after backers poured nearly $600,000 into this anachronistic concoction, its lead developer, Alex Preston, expanded its scope and accessibility, adding tendrils reaching as far as the PS4, Xbox One, and even the Wii U. This remarkable development feat—the brain-child and ode of one man—has Reddit, Kotaku, and Critical Gamer buzzing with feverish visions of stunning, minimalistic imagery and lush visual storytelling. Employing rigorous new media experimentation, this game, among other indie titles such as Transistor, The Witness, and Never Alone, are exercising the fat from the corpulent, multi-billion dollar game industry.

Since the neon arcades of the 1980s, video games have evolved into a voracious pasttime. According to Statista, in 2010, Americans spent an average of 22 hours a week playing video games and spent over $25 billion to gain access to Mario and Luigi, Marth and Master Chief, Booker and Titus. This remarkable expenditure has propagated a bevy of scholastic fields including game scholars, game narratologists, and new media theorists, all dedicated to unearthing the undeniable allure of video games. Cultural theorists such as Mary Flanagan and Jane McGonigal argue that video games represent a novel device for understanding human expression and artistic reception.

Another strain of contemporary game fanatics, critical game designers, argue that video games represent a novel art form. In 1923, cinema was praised by Ricciotto Canudo as the seventh classical art form, the evolutionary successor of its expressive ancestors. Critical designers see each of these mediums expressed in the eighth hybrid art form. Sculpture and architecture carve the digital landscape. Music, poetry, and narrative sing out in rhythmic soundscapes of coin-grabbing and clip grinding; the fluidity of dance is expressed by the slippery “feel” of the game’s mechanics. Painting and cinema illuminate the realm of fantasy and create the compositional frames of cut scenes. But as a system operating upon a series of interactive loops that connect user input and in-game affect, video games inherently promise a novel artistic dynamic: a playful engagement between producer and consumer.

If video games signal the dawn of a new media space, a place where art responds to its audience and empowers its user consumer with agency, how did its industry become engorged with cookie-cutter characters, overindulged with stereotypes, and chronically addicted to unwholesome money-grabs? 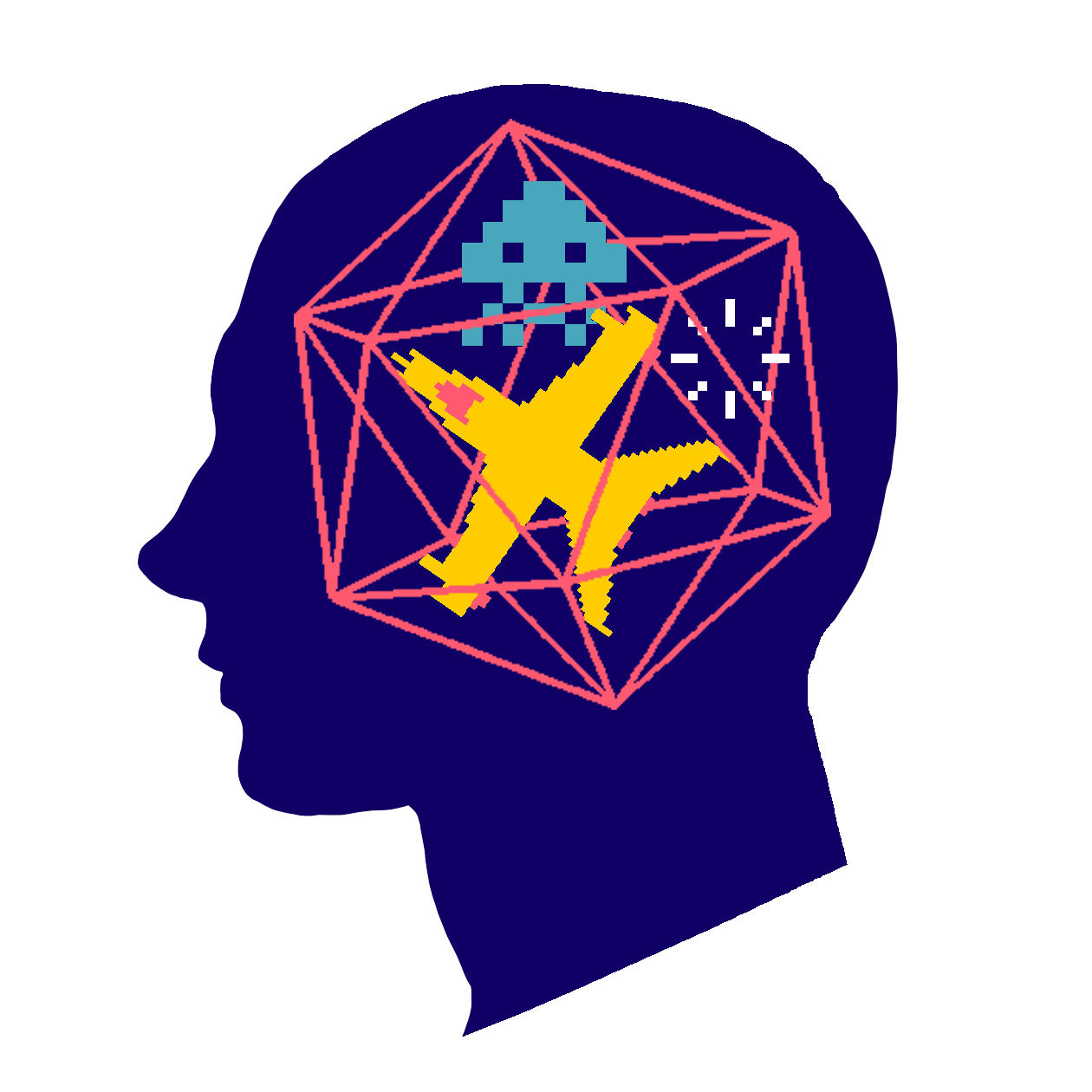 The AAA game industry refers to the hundred-man development companies like EA Games and Ubisoft. In the 1990s, these companies promised their fans a fantastical Hollywood where one could pioneer the rules. They offered the tantalizing “choice” of designing an avatar with purple hair, or self-destructing with an incendiary grenade just to see their revamped flesh explode. It was this unique possibility-space, this medley of control, immersion, and addictive engagement that produced a faction of avid gamers demanding satisfaction. Typically, they deliver this premise through “87 bajillion guns” or sophisticated, individually rigged breasts. The big dogs in the gaming world followed the recipe for a classic Hollywood cocktail: 1/2 flashy graphics and hyper-realistic characters, 1/4 addictive play, 1/4 content (story, visual and auditory style, etc.), and an indulgent rim of salty Skinner mechanisms used to automate the player’s mouth not only to salivate at the next bonus feature, but also to desire empty rewards like randomized loot. This operant conditioning has given producers the excuse to substitute mechanisms of addiction and spectacle for the artistic merit and introspective engagement offered through innovative play. This corrosive market has even hindered the delivery of their own product; new games are often released incomplete or buggy. Their solution? An IV drip of continually released online patches and updates, purging the poisonous design from the system. Even Nintendo, long favored as the most genuine and independent AAA giant, has succumbed to servicing their signature brands and choking their fan base with rare “special edition” amiibos and consoles whose low stock is controlled by eBay scalpers. In short, if Mario 64 were released next week, his flying cap might not see game time until next year, and a month after fans would have to install a patch in order to fix broken collision detection. While this recent development shift might give the community more time to digest stale design choices during Alpha and Beta releases, those multi-million dollar budgets (often over 100 million) are squandered on ineffective preproduction.

And while consumers gorge themselves on these filler foods, there remain a select few—perhaps those designers who grew up in the Tron glory days, or those avant-garde creative types, or maybe even the developer of the bestselling Bioshock franchise—who remember the promise of immersive, fantastical realms and truly engaging play that was made by the burgeoning art form so many years ago. Ken Levine, the author of the half-a-billion dollar Bioshock series, gave up his prominent stake in the AAA industry, downsizing to “a smaller team with a flatter structure and a more direct relationship with gamers…which in many ways, will be a return to how we started: a small team making games for the core gaming audience.” Like many critical designers, Levine is cutting out the excess the industry affords and following the creative footprints of the indie development scene.

This recent development culture harkens to a time of streamlined design. No flashy graphics, no arbitrary loot, no distractions from the artful play video games can offer. Many indie game designers simply don’t have the budget or time to add unnecessary features. Often, they’re just gamers who want to contribute a new play experience, or coders who want to embed their custom game engine in pixel paint. Even indie hotshots such as Supergiant Games started as a group of passionate gamers who contributed their art, writing, and coding skills to craft remarkable feats of collaboration. Games like Hotline Miami, SuperMeat Boy, and Braid have reaped a myriad of fans and design awards because they’ve reframed the experience video games yield and have forcibly instated fresh design paradigms. These games are critically acclaimed for using a simple game mechanic as a lens for experiencing the entire game’s world: from the audio-visual landscapes to the political undertones embodied by characters like Red and Clementine, each moment of play drips with a richly unique tone. These budding developers have redirected their attention from graphical fidelity and open-world systems to limited worlds that use every aesthetic facet to hone in on holistically satisfying experiences.

On the other hand, if you compare Halo, Titanfall, and Call of Duty 4, you’ll find little variation in mechanics, narrative, or visual style; these first-person shooting games are frequently rehashed with a slightly different 30-something-white-skinned-brown-haired protagonist and a slightly different arsenal of guns. Compared to such AAA titles, the growing body of indie games is vastly varied. These succinct games showcase art styles ranging from SuperMeat Boy’s pixelated gore to Transistor’s hand-painted neon cyberpunk architecture; they showcase narratives ranging from the longer multiplayer adventures of Trine 2 to the 10 minute orientalist critiques of the PleasureDromes of Kubla Khan; most of all, they showcase player experiences that come in a different shade than multi-million dollar hyper-realistic open worlds. These passionate developers forfeit no aspect of meaningful play.

Instead, these games craft elegant experiential complements between different design fixings. BattleBlock Theatre employs snarky metanarrative to spice up the incessant deaths that accompany cooperative platforming games. Proteus draws the player into a peaceful exploration by pairing a soothing visual palette with delicate bells and chimes as the player navigates the world. This design paradigm starts upon the most fundamentally satisfying premises—player expectations, emotive arguments, novel mechanic ‘feels’—then crystallize them into symmetrical patterns of story, visuals, audio, and mechanics. Braid, initially developed by Jonathan Blow as a critique of recent game design trends, wraps every facet of experience around the concept of time. The unique time-sliding mechanic relates to its narrative structure, its characters, and its transient visual and auditory palette. 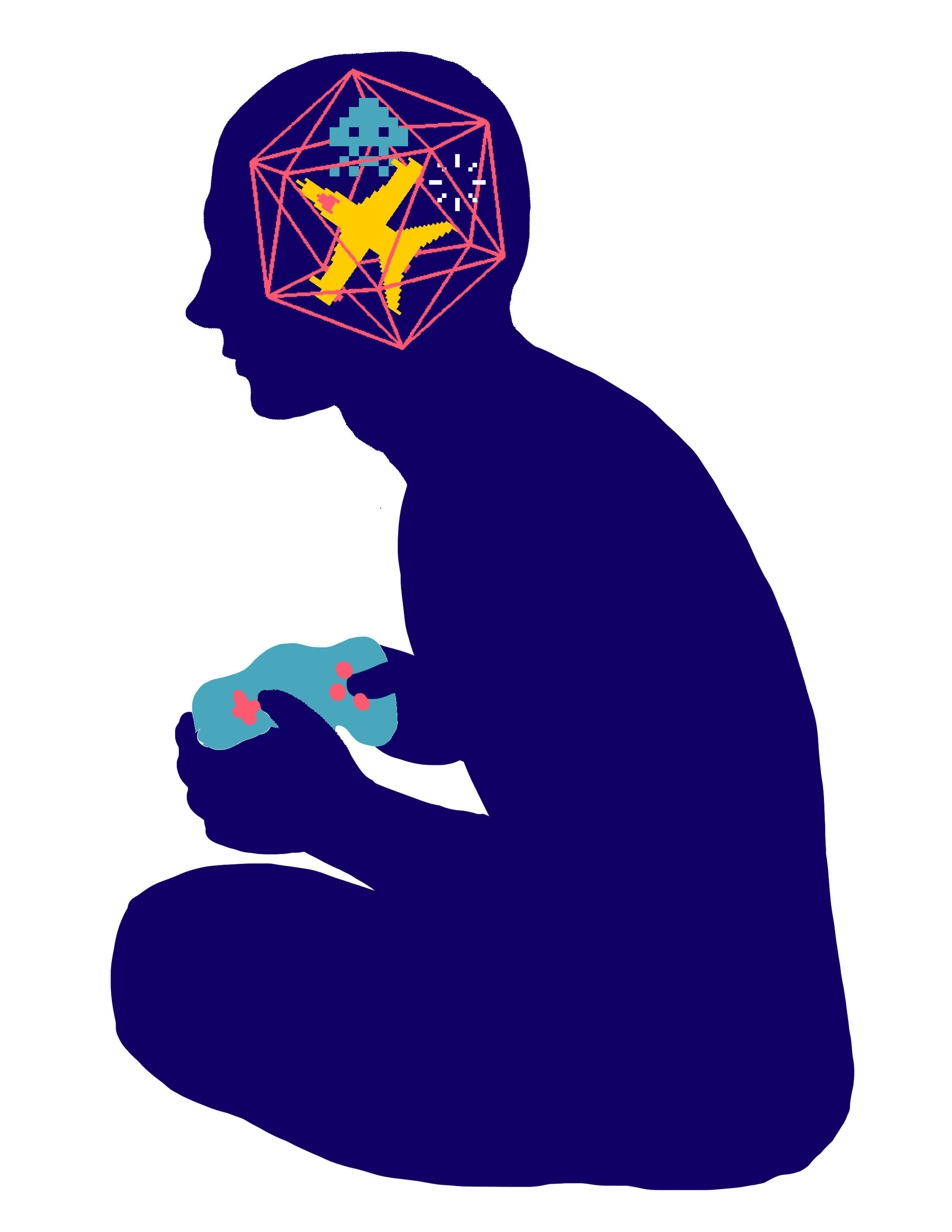 This approach to game design has reconceptualized play in such broad and meaningful strokes that Extra Credits—the YouTube channel game designers ingest like their daily multivitamin—has argued for a new way of categorizing games entirely. Rather than sorting games into first-person-shooter, puzzles, and platforms, they claim that games need to be evaluated upon the underlying emotive reasons that draw players to their space, or their aesthetics of play. And while AAA titles such as Portal, Bioshock, and Zelda have delivered uniquely satisfying aesthetics, the industry overall has become expressively paralyzed by their own standards of excess. Any push for novel aesthetics originates in the indie development scene.

Bastion brings the player into a lush, procedurally generated, floating world. To complement this abstract landscape, the designers employed a powerful narrator to punctuate and elaborate upon the player’s in-game actions; this porous relationship between the player’s narrative of play and the game’s internal narrative has conjured a new aesthetic of storytelling. Relatedly, Thomas Was Alone uses their omnipotent narrator to breathe life into the game’s faceless, geometric characters.

And for others indie developers, this storytelling platform has opened up novel ways to explore alternative, invisible, or prejudiced narratives. Dys4ia devised a variety of “clunky” game mechanics to viscerally impart the developer’s transgender experiences. Never Alone uses its game engine to simultaneously impede and empower the player’s agency in order to metaphorically express the ancient lore and native perspectives of the Iñupiaq people.

For years, the AAA industry has extruded and unfolded according to the player’s whims, without the threat of elegantly designed competitors. But the indie market is pushing for a more nourishing regimen of play, challenging gamers to engage more meaningfully, conceptually, and most of all, critically. Instead of the drive for graphical fidelity, subsurface scattering techniques, and the monumental vault over the uncanny valley, the gaming community demands more wholesome synesthetic elixirs of engagement, conceptual depth, and innovative design.

The venom drives your mission into the crumbling ruins. Your desire for a remedy is all that remains. If it weren’t for the crippling venom, you’d probably turn back. Back to your home, back to comfort, back to the world that buried itself in its own product.

CHEYENNE MORRIN B’15 is thinking up the ninth art form.