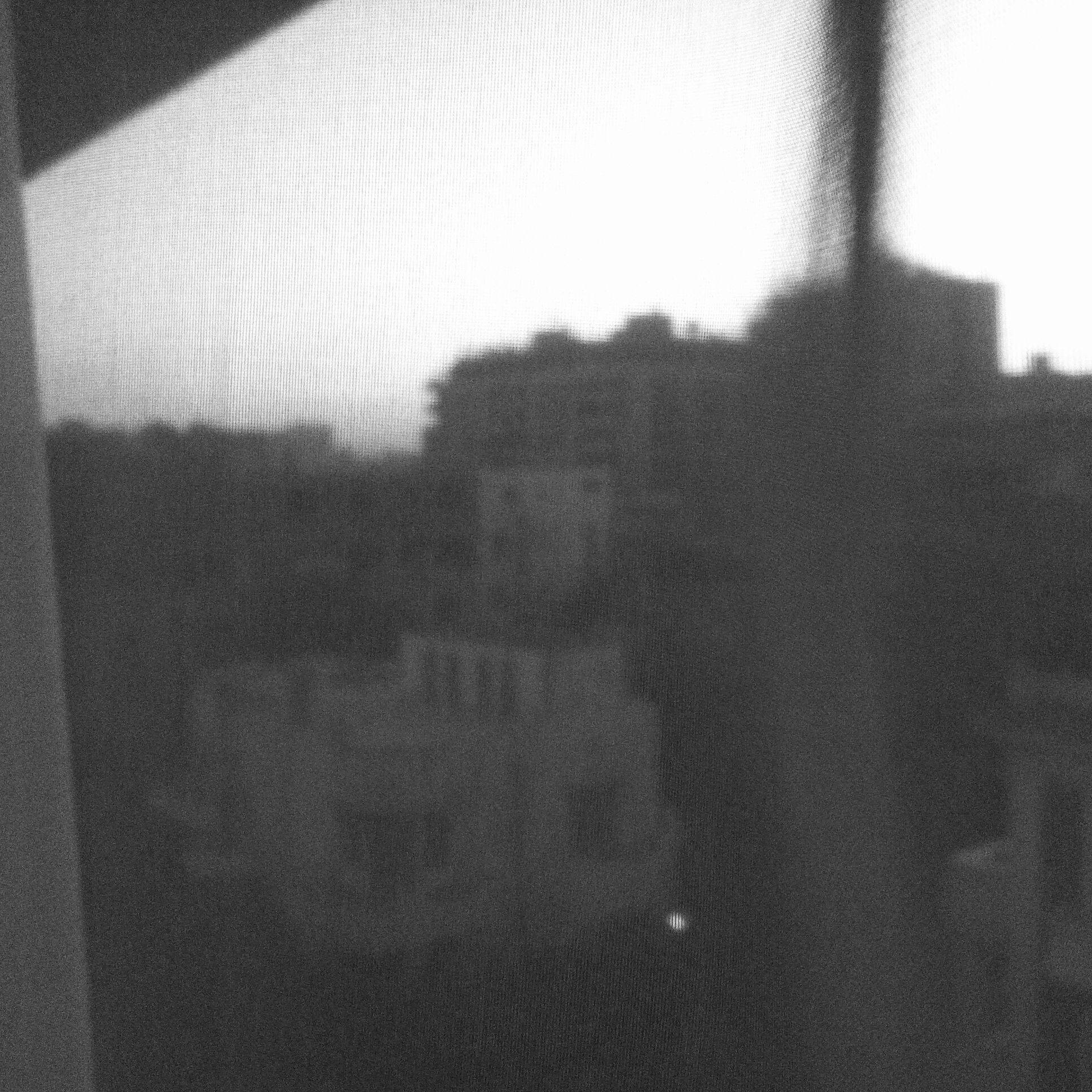 Still on the plane. I wonder how much of Egypt will simply (or not so simply, I suppose) be the void left after my grandmother’s death—will I miss her more acutely once I pass by her apartment, now empty? There’s so much about her that I feel I never got to learn. When I try to remember her, I can only think of the space in which I most often saw her: on her bed, halfheartedly watching a soap opera on TV. I think of her soft auburn hair and her saggy skin, of the touching way she told me, in Arabic, bitawhishni hata lama-inta hina (“I miss you even when you’re here”). Doleful words coming from a simple woman, the daughter of a mayor from Inshas, a small village in the Sharkiya Governorate, some 60 kilometers from Cairo.

First morning in Cairo. I slept well. Woke up at 5am and talked to Mama for a while; she’s nostalgic for the days of my childhood, when, she tells me, I didn’t have a sharp tongue, when I’d acquiesce to her constant orders. I recommended her Boyhood, which she says she’ll watch on the plane back, if it’s available. Outside it’s smoggy and noisy, just as I remember it. I can’t help but compare what I’m seeing now with memories I have of Cairo from the many times I’ve visited over the years. Little of the change is physical: the concrete apartment buildings, nondescript and built in an unpleasant seventies Soviet style, look the same; my grandfather’s apartment, in Heliopolis, from which I’m writing this now, has the same ugly green-and-yellow checkered sofa that he bought when we were living here in 2004 and 2005. Yet, in the past 50 years or so since it was built, this apartment has witnessed a lot: five presidents, countless terrorist attacks, successful and unsuccessful assassination attempts, the reopening of the Suez Canal, a revolution, snow. My grandpa, now a frail 82 year-old, has maintained his packrat tendencies and still keeps the same appliances from the 1960s and 70s.

A fly is perched on my Wrangler jeans. Shouts of bikya, bikya come from the peddler who roams the streets buying and selling used, sometimes broken, goods. A familiar cycle: there are always things to sell, to repurpose. Eleven years ago, as a nine-year-old American boy living in Cairo for the first time, I probably heard the same man shouting as I was getting ready for school. He doesn’t know it, but I’ve cursed him and his annoying shrill yell hundreds of times in what was then a very broken Arabic.

(The language is broken itself.)

Baba, Omar, and Sharif are coming tonight. Haven’t seen them since I left for Brown.

I walk down three flights of stairs and into a street that, cluttered with cars and moving bodies and the harsh sound of bartering, seems to be bursting from its seams. The oil that is used to fry falafel at Gad is strewn with gnarled green flotsam, and I don’t think it has been changed since yesterday. There are only men in line. I pass a row of deteriorating mansions, some of which have been empty for twenty or thirty years. They occupy a great deal of valuable real estate in Heliopolis; some say jinn inhabit them. The one directly in front of me must be inhabited by some very aristocratic jinn, for its design— reinforced concrete or stone with neo-classical features, useless columns, gaudy cornices, a thousand arabesque details—is ostentatious in a way that is found only in developing countries that were once colonized. The filigree that marks its mildewing façade seems out of place, un-Egyptian. One of my uncles told me that the land on which it is built is worth one hundred million pounds. The owner, an Emirati businessman, bought it some twenty years ago and decided to leave it as it was. He has never lived there. Dust is his only tenant.

Mama told me that she just wants to go back to the way it was. Egypt in my childhood was a heaven, she tells me. Something in the air is stale and grim—peoples’ spirits seem almost entirely deflated, save for a few I met who insist that this period of silence and stagnation is common to all revolutions, that it’s a transitional period, after which “true change” will start. I don’t know what to think about any of that. What happens to tradition? What persists despite political and economic transformations? Amo Hamada himself told me that Soor el Azbakeya—literally the fence of Azbakeya, one of the oldest book markets in the Arab world—is not what it once was. Perhaps that’s just typical generational thinking: that things will never be the same, that the new generation is distracted by new technology, etc. But there’s also a sense that traditional structures and institutions are losing their aura, their value, as the budding Egyptian youth continues to look forward and to dismiss its past as useless tradition.

This word “generation” seems too uniform, like a glassy surface. My cousin Chaimaa, a filmmaker who’s producing a documentary on teenagers’ aspirations for the future, tells me that the Egyptians she interviewed could not envision a past free from corruption, felool, and fascism. She tells me that among the people she met there are many factions and schisms when it comes to political sentiment: a few think Morsi was unjustly ousted and that the military set him up; some think the revolution was never real to begin with (but those who protested in in Alexandria, Port Said, surely they were not instructed to do so?); others just want the same zeal to return to the Zamalek vs. al Ahly football rivalry; all agree that the mounting trash heaps scattered throughout the city have to go, have no place in the modern world. Still, more than anything, I espy a collective consciousness in the way Chaimaa talks about the narratives she’s tracked down; everyone emphasizes education’s intrinsic importance to the future. Amr, 13, whose brother was stabbed during the revolution and later died from an infection, wants to study medicine one day. Huda, 18, is attending Cairo University next year, where she intends to study humanities. She loves Abbas al-Akkad and Sonollah Ibrahim, and wants to write a book about the revolution one day, hopefully from a better Egypt.

They were all at Tahrir Square. Inside each one of them is a time-lapse: Tahrir busy, Tahrir bloody, Tahrir with graffiti, Tahrir as one Egyptian flag, Tahrir barricaded, Tahrir silenced, Tahrir spectral.

There could be trespass. A long day, a good day, but also an eye-opening one.

I went to Khan el Khalili today with the family and I saw some white people, who, in an annoyingly Orientalist way, called this part of Cairo “authentic” Egypt. Always timeless, their descriptions, always ahistorical and essentialized. I bought oudh (agarwood) perfume for Jackson and a pashmina scarf for Katie. I think they are good gifts that I would like to receive. The streets were crowded on the way there, as they usually are. We stopped at Amr Ibn el ‘Aas mosque, the first one built in Egypt. Despite being continually expanded and repaired over the last thousand plus years (intermittent renovation to add more prayer space, a fire in 1169, an earthquake at the turn of the fourteenth century), it has retained a kind of majestic quality. The structure is gorgeous, with its rectangular architecture and wide prayer hall and golden slatted light that nestles around the open courtyard. I think mosques in Cairo are the only places of respite in what is otherwise a frenetic, sometimes nightmarishly crowded city. There was a special prayer afterward for a funeral. I saw a guy with a nose that looked like a popped balloon, similar to something I’d seen in a documentary about India’s ‘Untouchables.’ Sharif bothered me by being so brazen with his staring.

Mohamed, our driver for the few weeks we’re here, is driving. I listen while he talks with my Dad. We are a people that works only after being hit with a shoe, Mohamed says. We need a strong president, like Sisi, someone to force Egyptians to work, to have some kind of maslahah as to their duties. It’s all military, it’s all military, they gave a false choice, they stole the land, and the Ikhwan are worse than them, the problem is they said: us or the Ikhwan; you don’t know the Ikhwan? Okay we’ll show you the Ikhwan, and they showed us the Ikhwan, they ruined the country. Are you trying to tell me that it’s all a plot? No, it’s more complicated than that. So what you’re trying to tell me is that what’s coming is worse, that we have nothing to look forward to…

Soft light seeps through the linen. We whisper and whisper into the eternal footman’s ear, and tell him to give us a few moments, let us be here. And the specter he sweeps the floor with his striated teeth, attempting to rid the room of the pestilence underneath. Inside or outside Heliopolis the smog persists, the sepia to us like the tone of our gaze. And the incomprehensible nothings of the beggar sitting outside the gates, with his ravine hands and bushy grey brow, on a rug we call vintage, his eyes watery and weak.

Gedo’s sister told me today of her dead brothers and sisters—all nine of them—and what she said sounded like a list of the sahabah (to friends, out there in the shade, don’t you run out of sympathy). I found some fragments jutting from the trash heaps and they turned out to be worth something after all, and what it’s worth for what it’s worth shall be kept a secret, hidden from your eyes.

We were walking, Baba, Mohamed, and I, to the copper section of the Khan el Khalili district, to see about some platter grill that keeps meat warm as you’re serving it. I don’t know, Mama wanted it. We came to a shop, but the grills they were selling were too expensive, even by American standards. So we left and walked a kilometer to get back to the car, where Mama, Omar and Sharif were resting. On the way back, Halawa motorcycles—rickety, coughing gas, driven by bearded men with crooked yellow teeth or scrawny teenagers smoking cigarettes—swerved in between us dangerously. The “shops” were cavernous spaces filled with rubble; the men inside them—some of whom were covered from head to toe in a kind of silvery layer—hard at work pounding, crafting, shaping, melting. At Mohamed’s request, I took plenty of pictures and even some videos. Later on, in the car, Baba described what he had just seen to Mama, and he could only do so by describing it as a “lack of order,” “chaos…without design.” I probably unconsciously registered the experience in the same way, but my critical lenses—the “problematizing” tool I acquired after I got to college—quickly rejected such notions as ethnocentric and Eurocentric. It’s entirely exploitative, I think, to feel shocked by the egregious disparity in quality of life; that is, to reduce it to a formula, and a cheap one at that, of affected empathy. There is real struggle over here. Struggle that I’ll probably never know. What does it mean to represent that destitution, that state of living?

I must be wary of my eyes. My American eyes. Not in this house, not in these narrow streets, not from the top of Cairo tower, not from inside al-Zawyia al-Hamra, Zamalek, Heliopolis, Maadi, or Mohandessin, not from the vestibules of haunted, abandoned mansions, nor from the sleek green windows of contemporary condominiums, not in the smell of Shawerma wafting in the air, not in America, not in Sonollah Ibrahim, Taha Husayn, Ahdaf Soueif, Naguib Mahfouz or Gamal el-Ghitani will I find an authentic frame. The authentic frame does not exist. The truth is a trace. 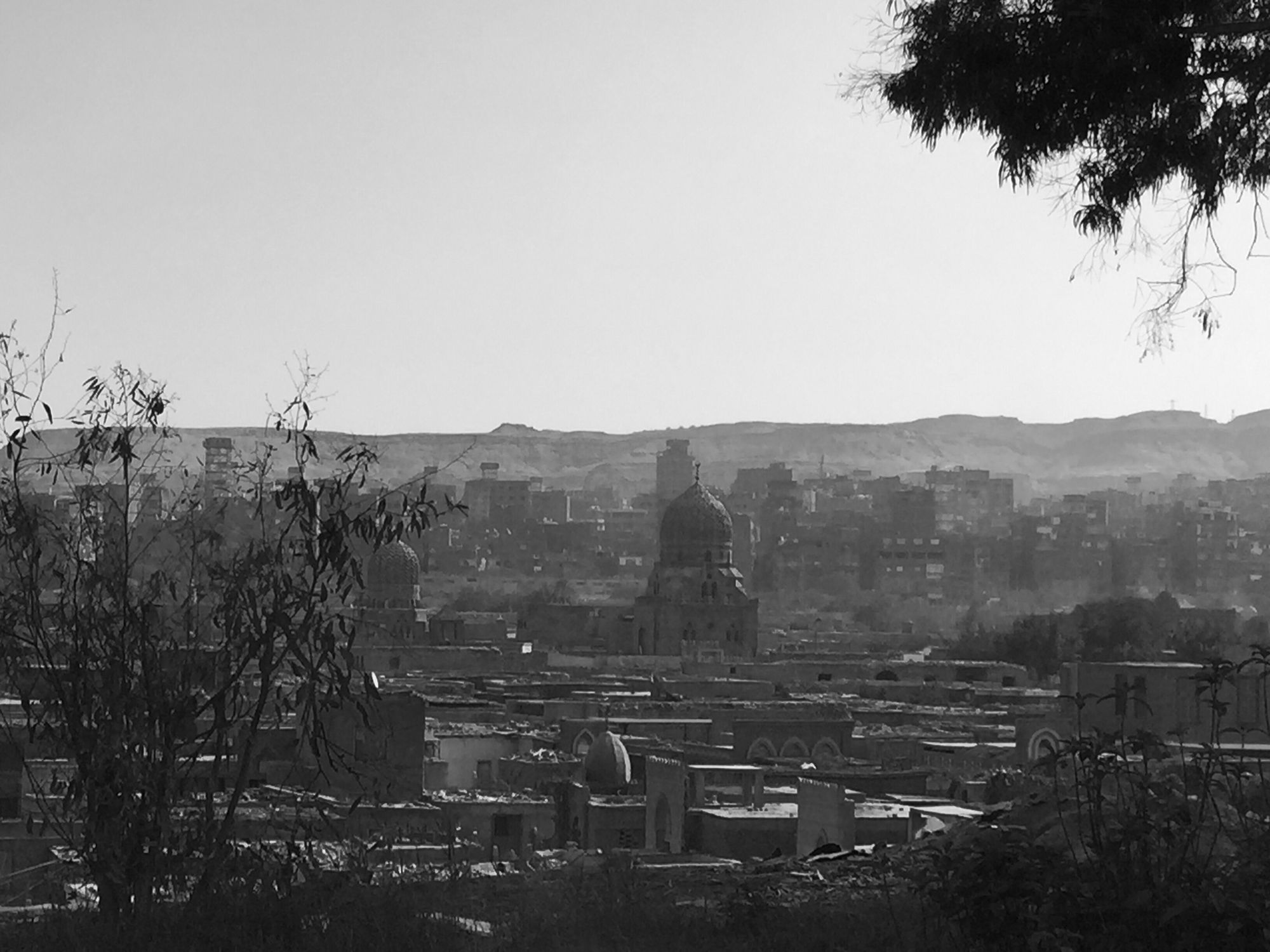 YOUSEF HILMY B’16 is an aristocratic jinn.