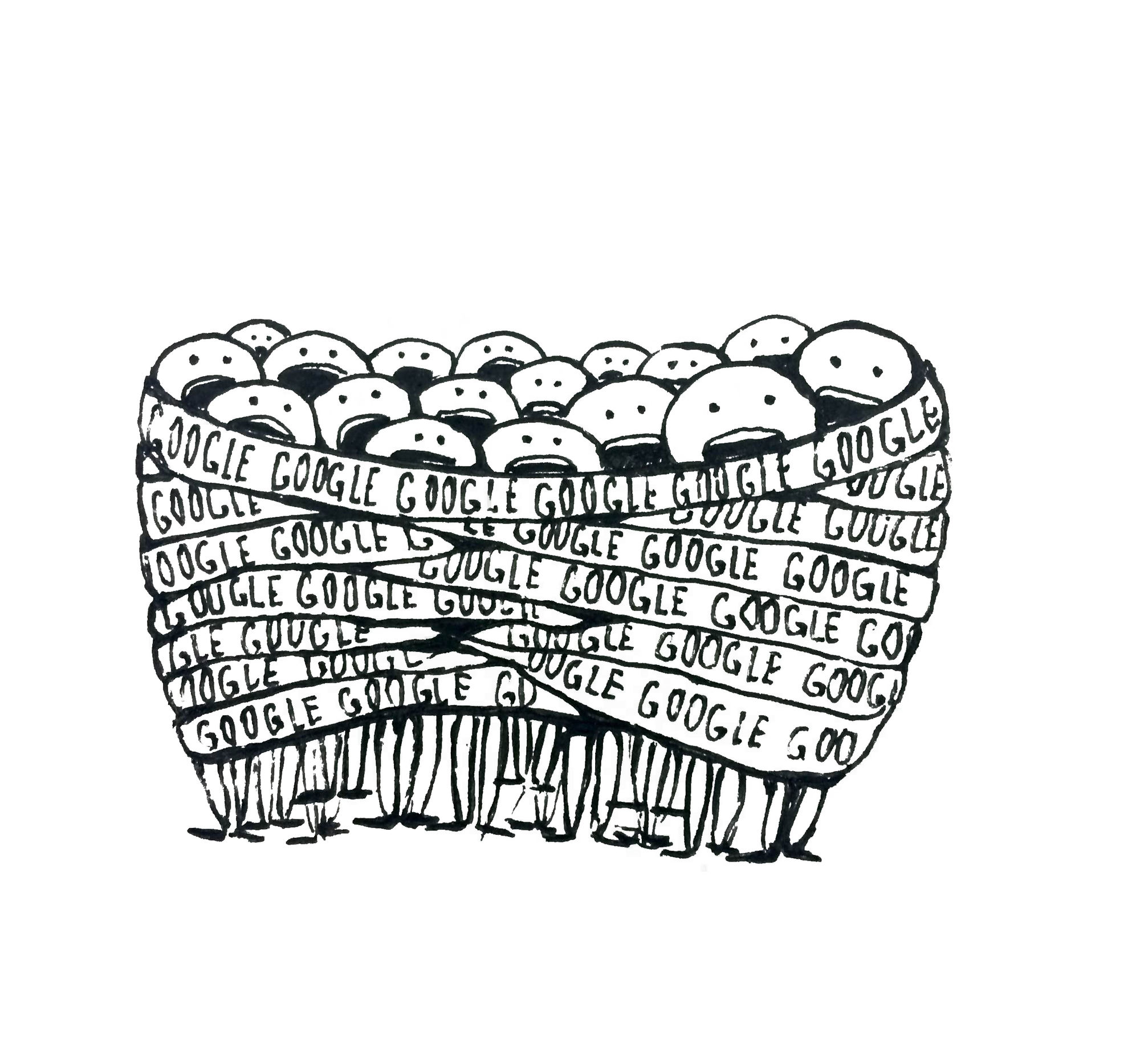 Every June, 1500 interns arrive in Mountain View, California to begin their highly coveted summer internships at Google. They represent approximately three percent of the more than 40,000 annual applicants (numbers from 2013).

Each year, international consulting and brand marketing firm Universum surveys 50,000 students about their top work choices after graduation.  The survey is broken down by students’ field of study. In the 2014 results for students in the US, Google was the number one choice for business, computer science, and MBA students. It was second choice for students in the humanities, third choice for those in engineering, and sixth for those studying natural sciences. If you, too, were surprised that it was the top choice for MBA students, it turns out that this is nothing new—Google has topped that particular list since 2007, when it ended McKinsey & Co’s 11-year reign.

“MBAs choose Google over Goldman,” “It’s Google vs. Goldman in the fight for best MBA students,” “The Great Career Debate: Google Versus Goldman”—articles litter the Internet making it clear that the two corporate giants are competing for the same talented graduates. How is it that what once seemed as the hub of millennial counterculture—the shorts and flip flops offering a comfortable replacement to the suit, the open floor plan supplanting the rows of cubicles—is now being mentioned in the same breath as age-old financial institutions? How is it that a company that once presented an alternative to The Mainstream is starting to resemble it?

First, though, how is this happening? How is Google able to top so many different students’ lists of where they want to work? The company regularly tops “Best Places to Work” articles, with glowing descriptions like (from CNN 2013) “The search engine giant attracts employees eager to work at the forefront of technology and innovation. In just the past year or so, Google has built a new Chromebook from the ground up and jazzed up Google Maps with features ranging from practical (local train schedules) to exotic (underwater panoramic photos).” (Call in the next 30 minutes and they’ll throw in a free set of steak knives!)

So is marketing their great secret? Google certainly does go to lengths to get in front of students, paying computer science departments at universities to come and give talks and attend career fairs, and handing out cards that say “Do cool things that matter”—a line that feels like something straight out of a meeting of 40-somethings brainstorming about what millennials want from an internship. But, for all that, the reasons students are going to Google might be much more familiar: a name.

Last year I was sitting in CS18, the second half of one of the intro CS courses at Brown, and I heard two students behind me talking. “I know where I want to work after graduating.” I could hear him turning to face the person sitting next to him. “Gooooogle,” the other said, whispering, as if it were sacred.

James (not his real name), a former Google software-engineering intern chatted with the Independent about his experience there, and I told him that story. “I went in with that mentality too, I think,” he said. “Because you see some of these companies like Google and Facebook as the pinnacles. These are the hardest internships to get and therefore, you know, the most people apply for these internships compared to other ones, and therefore they’re more competitive and therefore it’s better.” This sort of thinking is interesting because it’s oddly similar to how students make decisions when going into finance, a particular industry that Google is usually seen to juxtapose.

A piece published in Harvard Business Review April 2014 descriptively titled “The Real Reason New MBAs Want to Work for Goldman Sachs” reports on a study of how MBA graduates choose between competing high paying jobs. The study, conducted by a professor at Wharton, found that top students chose firms with better reputations and “the extent to which firm reputation would help with future employability” was the most important factor in making the decision.

Kevin Roose B’09.5, a writer for New York Magazine, wrote a book called Young Money in which he followed eight college grads in their first few years on Wall Street. In an interview with Vox, he explained a slightly different theory for how these decisions are made. He argued that security is sought above all. The reason, he argued, that Teach for America can compete with Goldman Sachs for the same people is because they both recruit early on and offer a plan. “The lesson of that is you don’t have to pay people a ton of money to come to your program after college if what you’re giving them still offers prestige and structure and the sense that they’re not signing up for something forever.”

But maybe I am being overly simplistic. There are a lot of things that might make Google an appealing employer beyond its competitive, secure, well-paying internships. We’ve all heard about these things: the free food, the Montessori education for the children of employees, the dance classes, etc. But all of these perks are apparently not enough to keep people around. High turnover is characteristic of the career stepping-stone-type jobs, and at Google the turnover rate averages one year, according to a recent study from consultancy PayScale.

James told me about his experience at Google, first: how he was emailed, passed through two technical interviews, and then matched to a group at Google building an internal testing dashboard so engineers can see if their changes break anything in the existing site. “After the host matching I was still very excited about this project, and I thought ‘There’s so many cool problems in this area and it’ll be very interesting to work on this team…But, in the end it was totally different from what I imagined…I was really bored to be completely honest, because I was basically just making the equivalent of a Ruby on Rails app…any high schooler could do that, a middle schooler could do that! Lots of kids in high school and middle school do essentially that stuff.”

James is not alone in this frustration. On the question and answer site Quora, someone asked, “What is the worst part about working at Google?” to which anonymous replied: “The worst part of working at Google, for many people, is that they’re overqualified for their job. Google has a very high hiring bar due to the strength of the brand name, the pay & perks, and the very positive work culture. As a result, they have their pick of bright candidates, even for the most low-level roles.” Quora is popular in Silicon Valley and that particular answer has 5,000 upvotes.

The lack of diversity in internship choice is particularly interesting for students studying computer science because there is so little trade-off. Startups and smaller companies offer competitive salaries and perks to match Google’s, which makes it seem like the monoculture in decision-making is maybe just for lack of originality.

I asked another former Google intern why he thought more students don’t go to smaller companies, and he made the case that the path to Google and the like is easily marked out. Again, Google and the like pay the computer science departments at top tier universities to get access to the students. They come to career fairs and give tech talks multiple times a year. If you want to work for Google, the steps to get there are clear and well trodden. The same can probably be said for companies like Goldman or McKinsey: the choice is right in front of you.

A 2012 Washington Post article, “Wall Street steps in when Ivy League fails,” cites that “35.9 percent of those who had jobs at graduation were headed into finance” and there seems to be this intrinsic lament in the fact alone. The ethics of working for these companies are beyond the scope of this piece, and it’s entirely possible to have a happy, ethical, and productive career at Google, McKinsey, Goldman, and all of the like.

The lament, rather, stems from the doubt that one third of Princeton’s incoming class would have identified banking as their true passion, and it’s a shame that some of the most talented young people in the United States are making these choices simply to be secure and find the next prestigious institution with which they can become affiliated.  And Google is just the latest name to be added to the list.

WILSON CUSACK B’16 has never interned at Google…though not for lack of trying.